Record-breaking snowfall in western California’s Sierra Nevada mountain range this month has raised hopes for an above-average snowpack this winter with the potential to alleviate the state’s severe multi-year drought.

At the same time, the heavy start to winter has PCT hikers wondering whether 2022 will be another high snow year on the trail akin to the historic 2017 and 2019 seasons, when hikers were postholing through feet of snow in the Sierra well into July.

Members of the hiking class of 2022 are anxiously monitoring the snowpack, as this winter’s snow accumulation will impact everything from water availability to the amount of snow hikers are likely to encounter on trail in the Sierra. A high snow year on the trail would also likely mean deeper, more dangerous stream fords and, on the flip side, the potential for a less-severe fire season next summer and fall.

Photo: Heavy Snow near Donner Pass in March 2019. The heavy start to winter has PCT hikers wondering whether 2022 will be another high snow year on the trail akin to the historic 2019 season. Via Ken Lund.

As of this writing, UC Berkeley’s Central Sierra Snow Lab has recorded 266 inches of snow on the summit of Donner Peak, a 7,000-foot mountain near Truckee, CA, which is about 253% of the average for this date. The area has received 118 inches of snow—nearly 10 feet—in the last seven days alone. The previous record for the most December snowfall recorded at the summit was 179 inches, set in 1970.

As California receives most of its precipitation during the winter months, this period is critical in determining the state’s water supplies for next year. While low snowpack makes for easier and safer travel through the high Sierra for PCT thru-hikers, it is devastating for local communities that rely on snowmelt to feed their reservoirs. 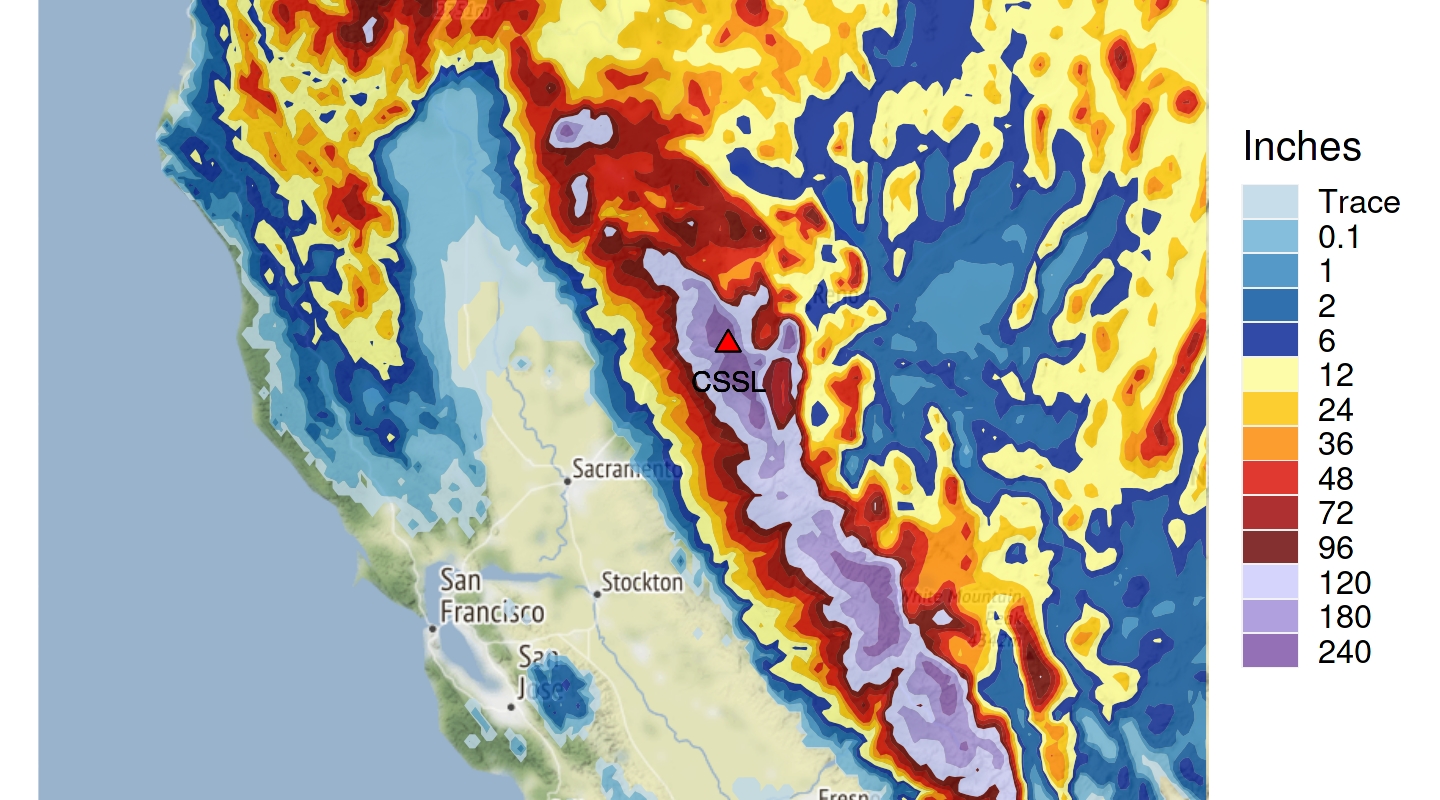 With the second Pacific Crest Trail Association (PCTA) long-distance hiking permit application date fast approaching (more permits will be released on January 11th, 2022), many prospective 2022 hikers are left wondering what will be the optimal start date and itinerary to make the best of the trail’s notoriously challenging weather conditions.

Early-season starts take advantage of cooler weather and better water availability in the southern California desert, while later starts allow more snow to melt off in the high mountains, providing for safer and easier foot travel. Correspondingly, many hikers feel that an early season start is more advantageous in a low snow year, while a late start is ideal in a high snow year.

Unfortunately, the snowpack is notoriously difficult to predict, and in any case, choosing a PCT start date is complicated by the need to obtain a highly competitive permit.

Experts stress that despite the promising start to the winter, there is no guarantee that this month’s heavy snowfall will continue into the New Year. If January, February, and March do not continue to yield consistent snowfall, the region could still end up with a below-average snowpack for the year.

Congrats to these 2021 PCT Thru-Hikers: Week of November 8

Congrats to these 2021 PCT Thru-Hikers: Week of October 25