When Going Ultralight, Be Ultrawise With Your Choices

If you’re a hiker, and you ever use the internet, you know there’s a lot of discussion about reducing pack weight.  One phrase I hear a lot is “how do I go ultralight?”  The answer is complicated, because it’s the internet, but also because at no point do you “win” and finally become “ultralight.”  It’s a process.  The most important thing is that your gear has to work for you.   There’s a pretty hard rule against cotton when outdoors, but I knew a guy who said he had to have a cotton T-shirt to sleep in.   And I get that. I have a Buck 55 knife I’m fond of, so I bring it, despite its nearly heretical two-ounce weight.

The trick is to be mindful of your choices, and know why you’re bringing something along.   It shouldn’t be just because you read it online, or a famous blogger said to, or a famous hiker carried it, or you read it in a book.  You gain no points for buying the wrong gear.  It has to work, and you need to know why it works.  It’s part of Leave No Trace – plan ahead and prepare.   By doing this mental exercise you know what you have, and you know your capabilities.   You’ll be safer and enjoy yourself more.

This one is simple.  While there’s a safety concern with bringing enough gear, you have to weigh the legit chances of a gear mishap against the cost of bringing extra gear.  You very likely do not need two flashlights, knives, or cellphones.   You probably don’t need two water purification methods, or both a waterproof bag for your sleeping bag and a pack cover.  The key here is to remove redundancies that don’t substantially buy you anything.

If you’re going on a four-day hike, and you know your camera battery will last four days, maybe bring a spare – but don’t bring three spares.  This also applies to the size of things you bring.   While hiking the PCT I carried a tube of diaper cream, for chafing.   But I didn’t need the whole tube, just some of it, so I squeezed some out and threw it away.  Wasteful?  Yes.  Expensive? No.  My logic was that I’d carry enough for a few days, and worst case, buy more when I got to the next town.  On shorter trips, if peanut butter is your thing, don’t bring a full jar.  If you know that you won’t eat it all, why carry it?

Before you know it, these small tweaks add up big – and you don’t miss any of it (within the context of your trip). 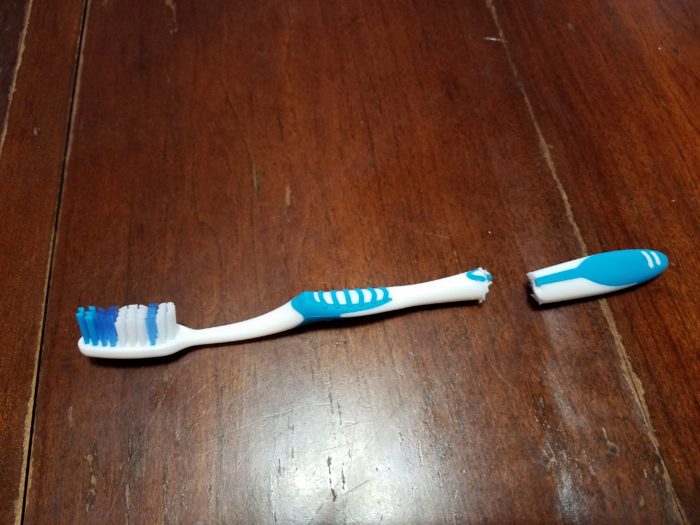 You don’t need the whole handle.

This is the easiest; all it takes is a credit card.   Have an old two-person tent from the ’90s or noughties that weighs four pounds?  Buy any number of two-person, two-pound tents that are out there these days.  Looking your way, Nemo and Big Agnes, and countless knockoffs from Aliexpress.   Have an old synthetic bag that weighs three (or six) pounds?  Buy any number of two-pound (or less) down bags that are out there. Same with packs, and even clothes. The important and key thing though is that it has to be functionally equivalent.  You don’t want to buy a lighter pack and find that it doesn’t fit, or a lighter sleeping bag and discover that you’re freezing in it. 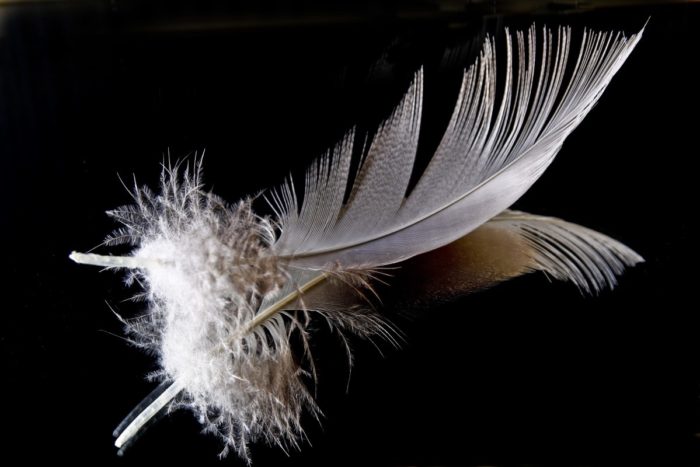 If you have old nylon stuff sacks, swap them for Cuben Fiber. Replace a steel pot with a titanium one. If you’re a trekking pole person, they now make carbon fiber ones.  I’m not comfortable with them myself, but many people use them and they seem sturdy.  There’s an entire world of high-end, small-volume manufacturers out there that will happily charge you hundreds more than you’d pay at a traditional outfitter for gear that’s half or less the weight of traditional gear. Do your research, and be prepared to shell out some cash.

What I’ve found is that there’s always something lighter, but there’s a diminishing financial return. Be prudent, unless you’re a millionaire. Many online discussions talk about a $10 per ounce savings; for instance, to save five ounces on a sleeping bag, people are willing to pay a $50 premium.  It’s worth thinking about – before you go in on a big-ticket item, look around for lighter (probably more expensive ones), and figure out whether it’s worth it.

A lot of people go the make-your-own gear (MYOG) route. If you’re handy, you might be able to make yourself something that’s exactly what you need, and nothing more.

This last one crosses over with the first notion, and sometimes dips into what I consider the red zone on safety.   It’s where ultralight means minimalism.  This kind of pack weight reduction is achieved by simply not bringing stuff.   The goal of method one is to reduce clutter and duplicated stuff, but method three aims at downgrading functionality to the point of absolute necessity.  An example here is tarps – many people swear by tarps; they’re lighter, and pack smaller.   But they require a bit of technique to stake out, and at the end of the day are just not tents.   They won’t ever be tents, because they’re tarps.  Ninety percent of the time you might find that a tarp is good enough.   Are you willing to roll the dice on the other ten percent?   Another common weight savings is a light backpack that has no internal stays or frame.  You can get them down into the eight- to 16-ounce range, but you sacrifice load capacity – what will you need to carry?  Are you willing to be uncomfortable the first day or two into a multiday trip because you’ve overloaded your pack? 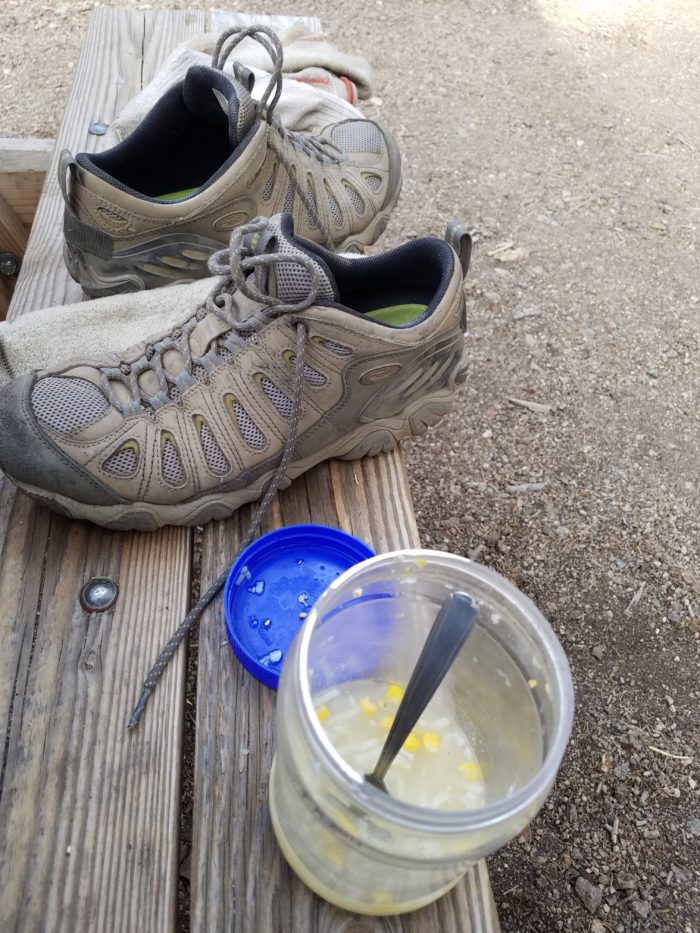 Stoves – some people forgo the stove and use the cold soak method to prepare what ought to be a cooked meal.  I’m one of these people.  I find that I can rehydrate pasta and traditional hiker meals into a semblance of edible flavor, and it saves having to carry and fiddle with a stove, fuel, and a cooking pot.  It works for me, but not for everyone.

Quilts vs. sleeping bags falls into the same category.   They’re not the same thing, although 90 percent of the time a lighter quilt might suffice.   I recently picked up an Enlightened Equipment Revelation, 22 ounces lighter than my old synthetic sleeping bag.

There’s a bunch of these kinds of choices you can make – bringing something with less functionality to save weight, weighed (pun intended) against the risk of needing the original.

Most backpackers are also gear junkies to some degree.  We talk about gear at camp, at hostels, in online forums, and blogs.  It’s a part of our craft, and we appreciate quality and high performance.  People will quibble and argue about the real definition of ultralight, but being mindful of your gear will make you what I call ultrawise.