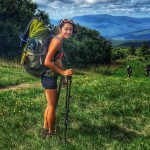 Thru-Hiking Away From Addiction

“Why are you hiking the trail?”

This is a surprisingly tough question to answer, but it’s one that every thru-hiker is asked at some point along their journey. There’s lots of reasons to hike a long trail, from adventure to escaping dissatisfaction of societal life. But in my case, hiking the Appalachian Trail was the most necessary thing I’ve ever done.

I think it’s pretty important for us to be open to talking about addiction, especially in the current climate with the opioid epidemic wreaking havoc across the US. I know that the problems I had were not unique, and I hope someone, somewhere might feel a little less alone from reading about mine.

My substance abuse problem started in 2014 and went on quietly for years. It was your typical tale of sliding into addiction. Occasional use would turn into more and more frequent use, until it was so frequent that one day, I looked in the mirror and couldn’t recognize myself anymore.

Some of those memories are haunting.  I felt I had no control over my actions or choices. The thing about addiction is that when the thing is right in front of you, it’s almost impossible to say no to. When I was able to say no, I felt like Superwoman. I felt horrible nearly all the time. I felt weak mentally and physically. Drained and powerless. Like I was dying. At the time I felt like I’d hit the end. I was in a hole I couldn’t climb out of. I was too ashamed to ask for help, too proud and afraid to admit I had a problem. I had lost myself, and any semblance of who I was.

Hiking as a Solution

Sometime during all of this, the notion of hiking the AT wormed itself into my brain. To be perfectly honest, I don’t really know where it came from. There’s no single memory where I “decided” that I wanted to hike the trail. It just sort of settled in there like a seed, and slowly germinated over time until it was all I could think about. I had to escape where I was, and the AT would be my avenue—the pilgrimage back to myself. 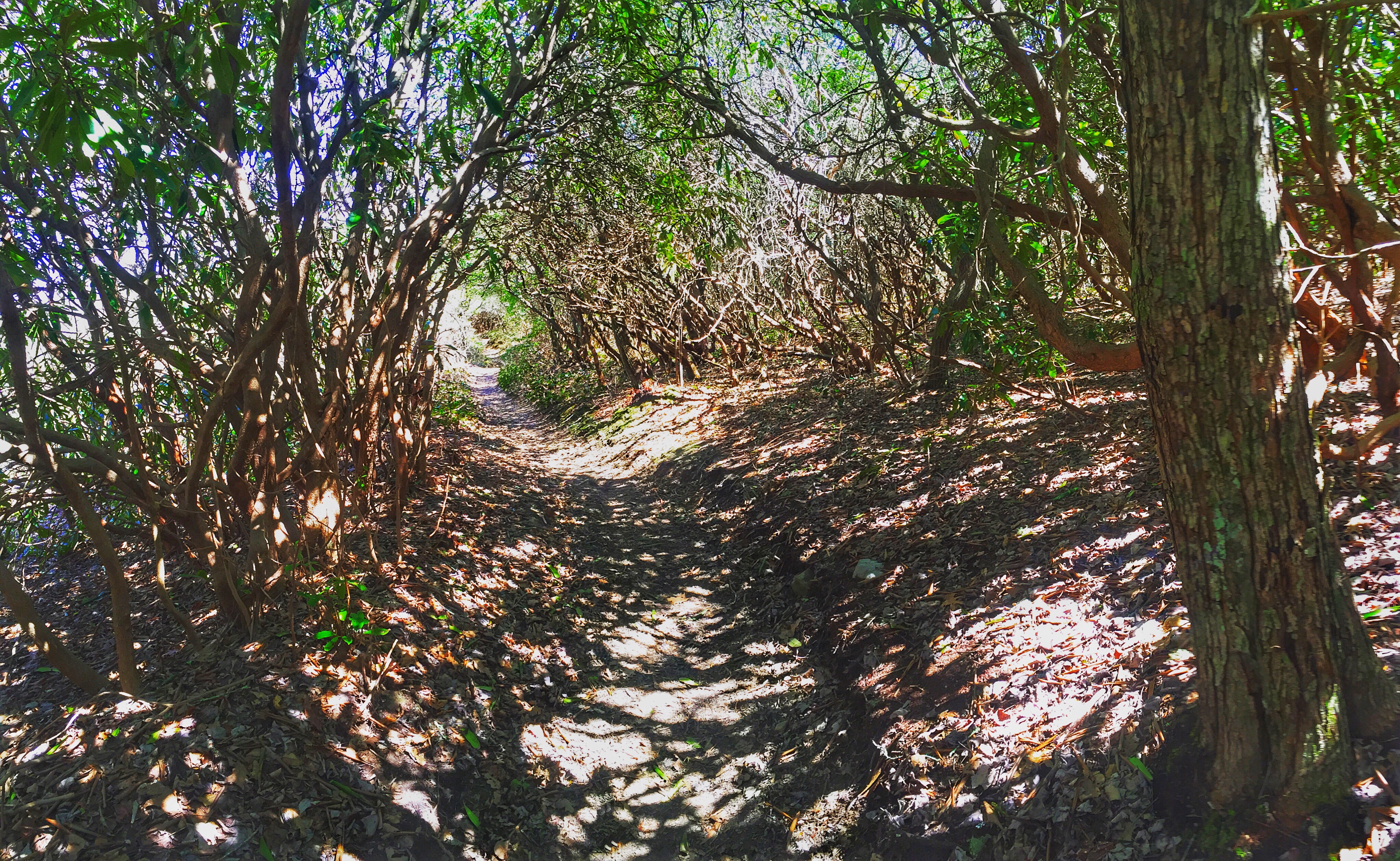 I had no idea what I was getting myself into. I just knew I needed to go, and being outside was where I felt the best and most hopeful. Every paycheck I got, I would buy a single piece of gear. Slowly, over several months, I accumulated everything I needed for the journey.

Amicalola Falls and the First Steps

Getting on trail was a monumental milestone for me. Amicalola Falls and my first steps on trail are forever pressed into my memory. I was sad, broken, lost, and angry when I set out on that trail. But that certainly doesn’t last long out there. 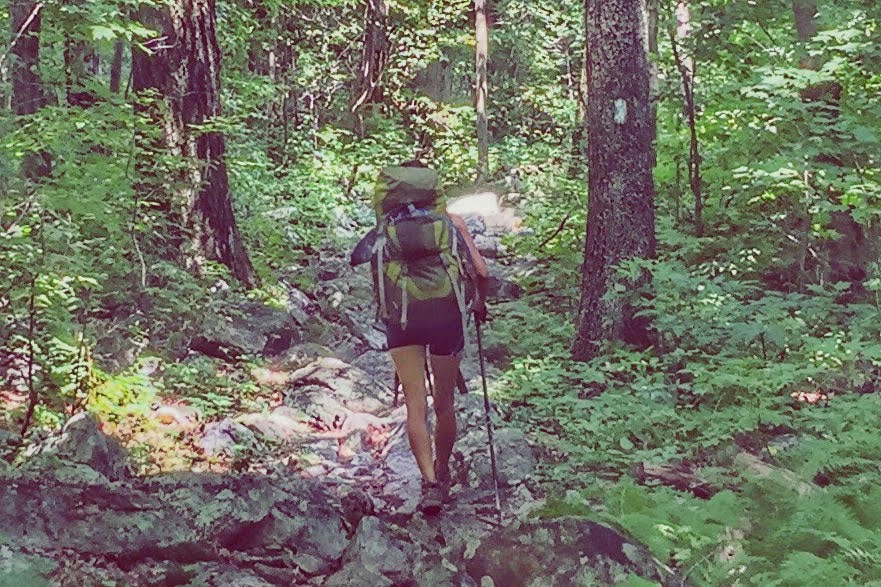 Every mile I hiked was a mile I walked away from that part of my life and a mile that I was walking back toward myself. Every time my legs ached from a climb, I imagined all the bad that I’d put myself through was leaving my body through that pain. The mountains were a tool, and it was carving me anew, shaping me into something else. Something stronger.

Some days, when things got hard, (which was a lot of them), I would tell myself that if I could survive what I’d already been through, I could climb this damn mountain. And I did. Over and over and over again. That does something really good to a person’s soul. 🙂

On trail, I rarely opened up about my reasons for hiking. I think a lot of us were like that. Day hikers often asked why we were hiking over 2,000 miles in a single go and we generally had a prepared response, something about adventure or something similarly PG.

In truth, though, I met tons of people who needed to be out there in the same way that I did. People who had suffered from all kinds of PTSD, domestic violence, war, terrible prognoses, alcoholism, heroin addictions, video game addictions, prescription pill addictions, death of a loved one, all kinds of battles within themselves. So many of us needed that trail in one way or another. It changed our lives, and quite literally gave us a different path to go down, a different direction to chart our destinies. 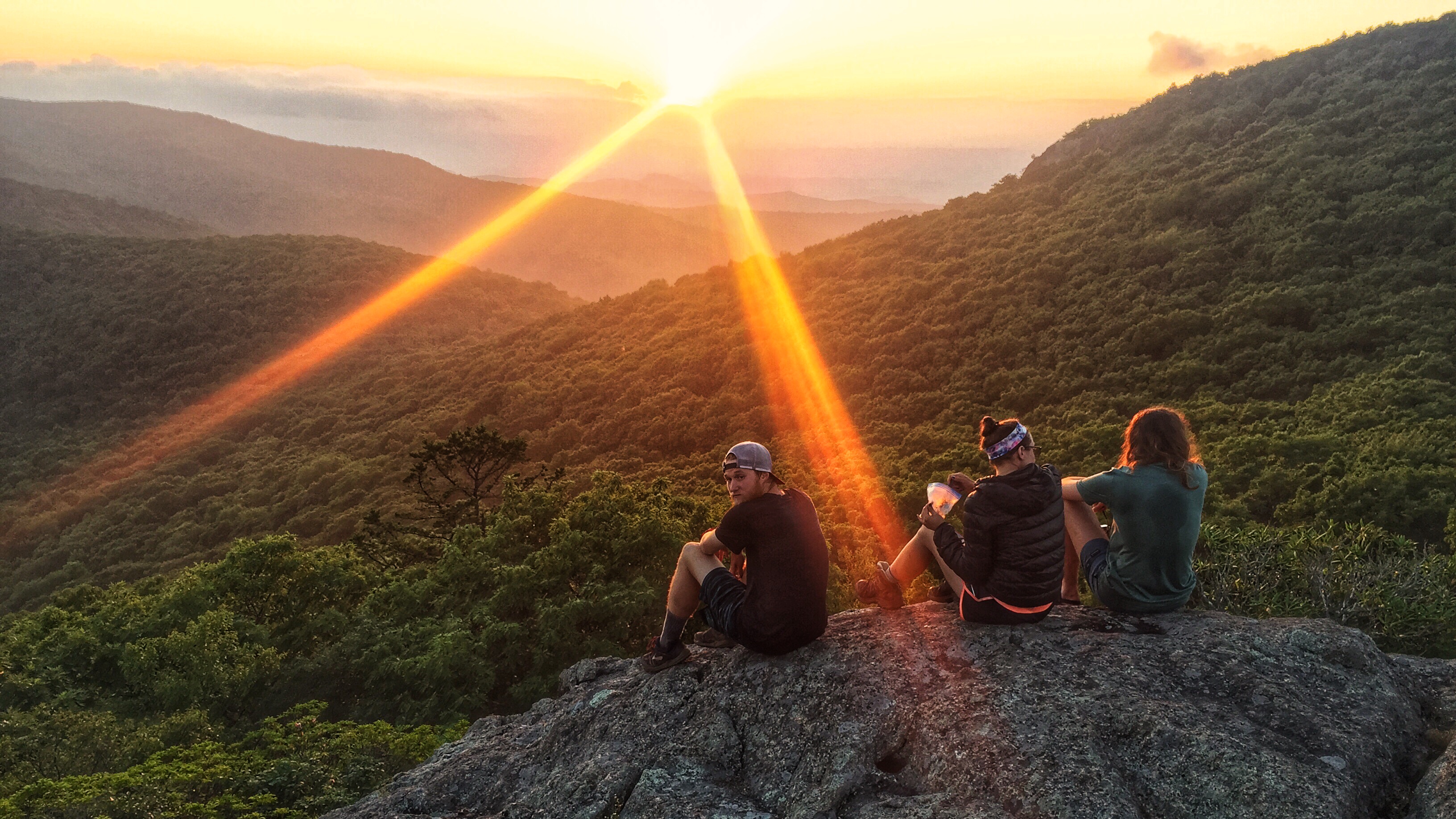 On the AT, You Find Family

I suppose that in my feelings of loneliness, I wasn’t expecting to have such a support system surrounding me from day one. The people out there may not have come from your exact situation, but they also may have come from similarly difficult circumstances. These folks become your family. Together, you will climb mountains with them. You will suffer together. Eat together. Sleep together. You will help one another succeed.

I know it’s been said a ton of times, but these trails restore your faith in people. I found that 99% of the people you meet are good folks. Regardless of economic backgrounds, political differences, age, gender, or religion, the vast majority of people out there respect one another simply because you’re all out there together. I learned to trust others, and in turn, I learned to trust myself. 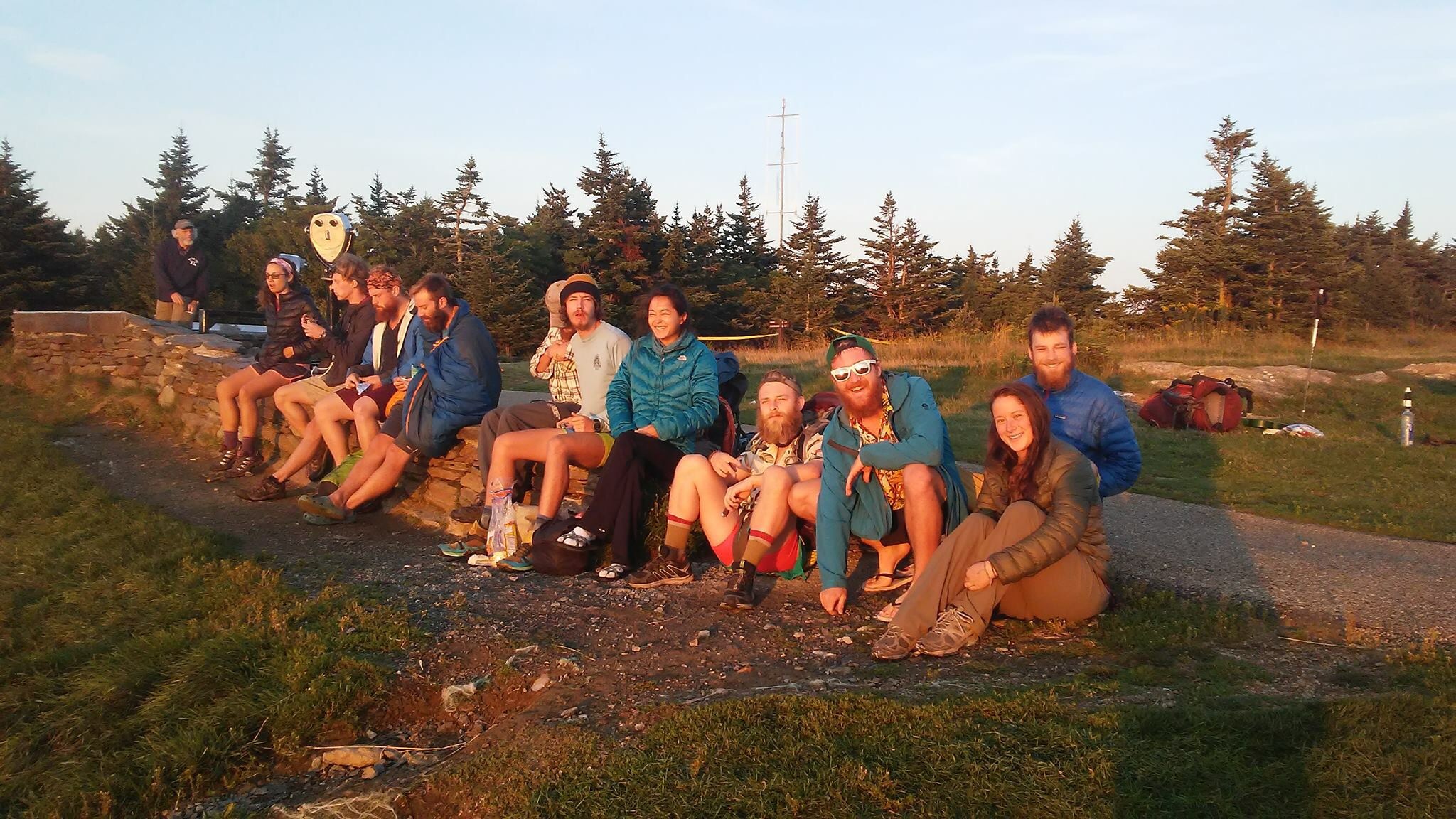 After hiking the trail, I went home for a short time. I came clean to my family about why I’d had to hike the trail in the first place, and slowly made amends with people I’d hurt from before. It was hard, but after hiking 2,000 miles, you can seriously do anything. After that, I took the momentum I had from hiking the trail, and I moved to a new place. I think I knew I couldn’t go back to where I’d previously been, or be around the people who’d had the same kind of problem I’d had. It was hard, but ultimately the best decision I could have made. It also made the post-trail depression a lot easier, since I went from hiking the AT to jumping right into a new adventure of moving across the country.

Next: The Pacific Crest Trail

My hike on the PCT this year is going to be different. I’m hiking the PCT because I want to, not because I need to. My life now is actually really spectacular. I have a wall of mountains right outside my front door, I work at a spectacularly beautiful ski resort in Salt Lake City where I’m surrounded by good friends and fun-loving people. I’m not going this time because I need to escape anything or relocate a lost sense of self.

So when people ask me why I’m hiking the PCT now? It’s because I love these trails with all my heart. I’m doing this now because I miss the freedom that the trail provides. I miss the people (hiker trash are my folks), the family, the experience of it all. I want to taste fresh spring water, and smell that good ol’ trail dirt again. I want to see the horizon far in the distance and know that I’m going to touch it. It’s quite an exhilarating lifestyle—being able to see exactly where you’re going on a landscape and not really knowing exactly what’s going to happen to you before you get there. 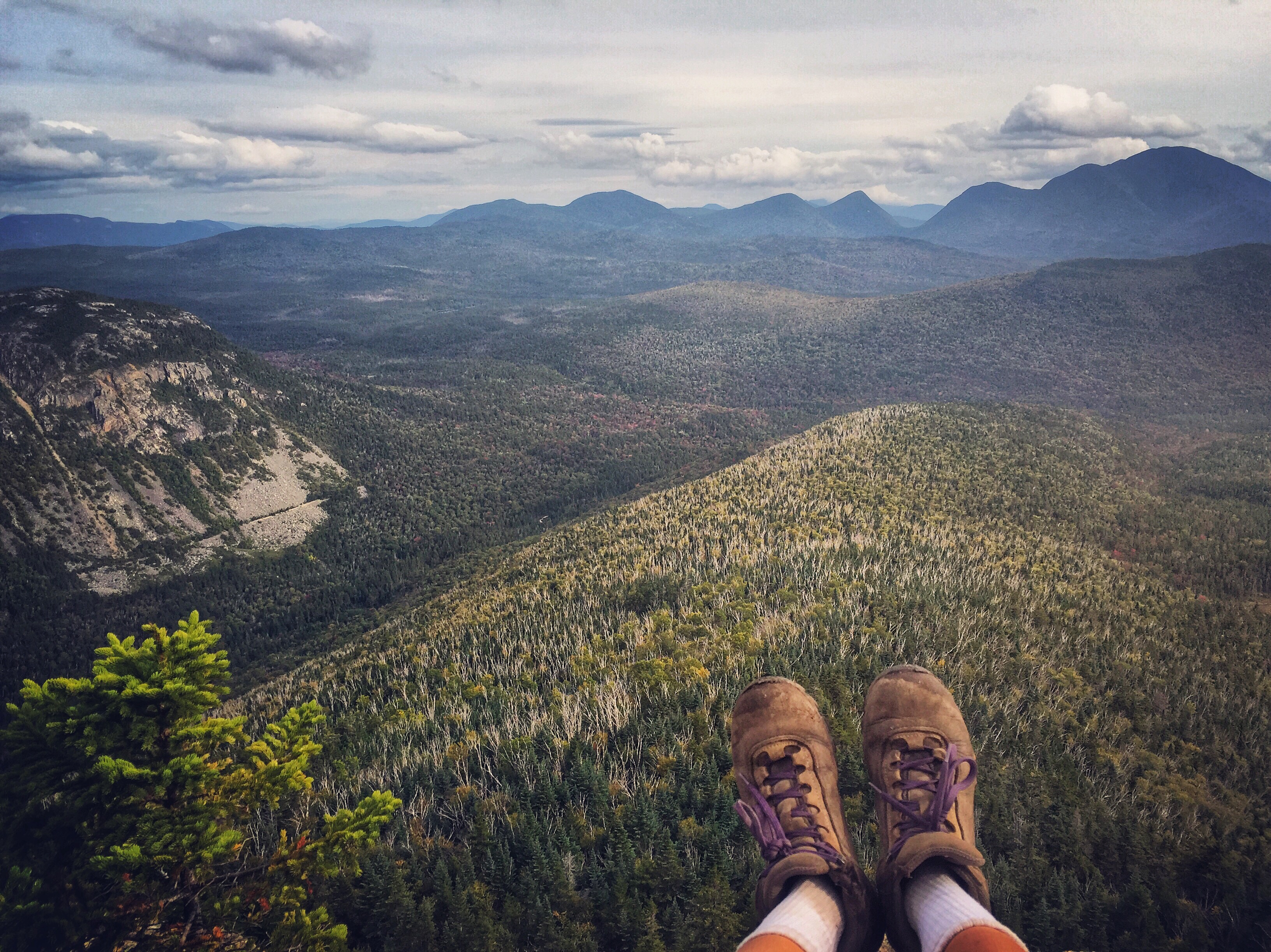 This trail will undoubtedly change me the same way that the Appalachian Trail changed me. Perhaps not in quite the same dramatic and drastic way, but I think it’s the nature of these trails to change you. They are a tool that will both humble you and give you strength. They’ll bring you to answers you didn’t even know you were looking for. For certain, you can’t hike something like that and leave it the same as you came.

I hope anyone out there who has a similar story to mine finds the exact same outcome that I did. And I hope for anyone sitting at home with a similar problem—a long trail may not be the answer for you, but it also just might be! Just know that it’s out there, and when you’re ready, it’ll be there for you too. 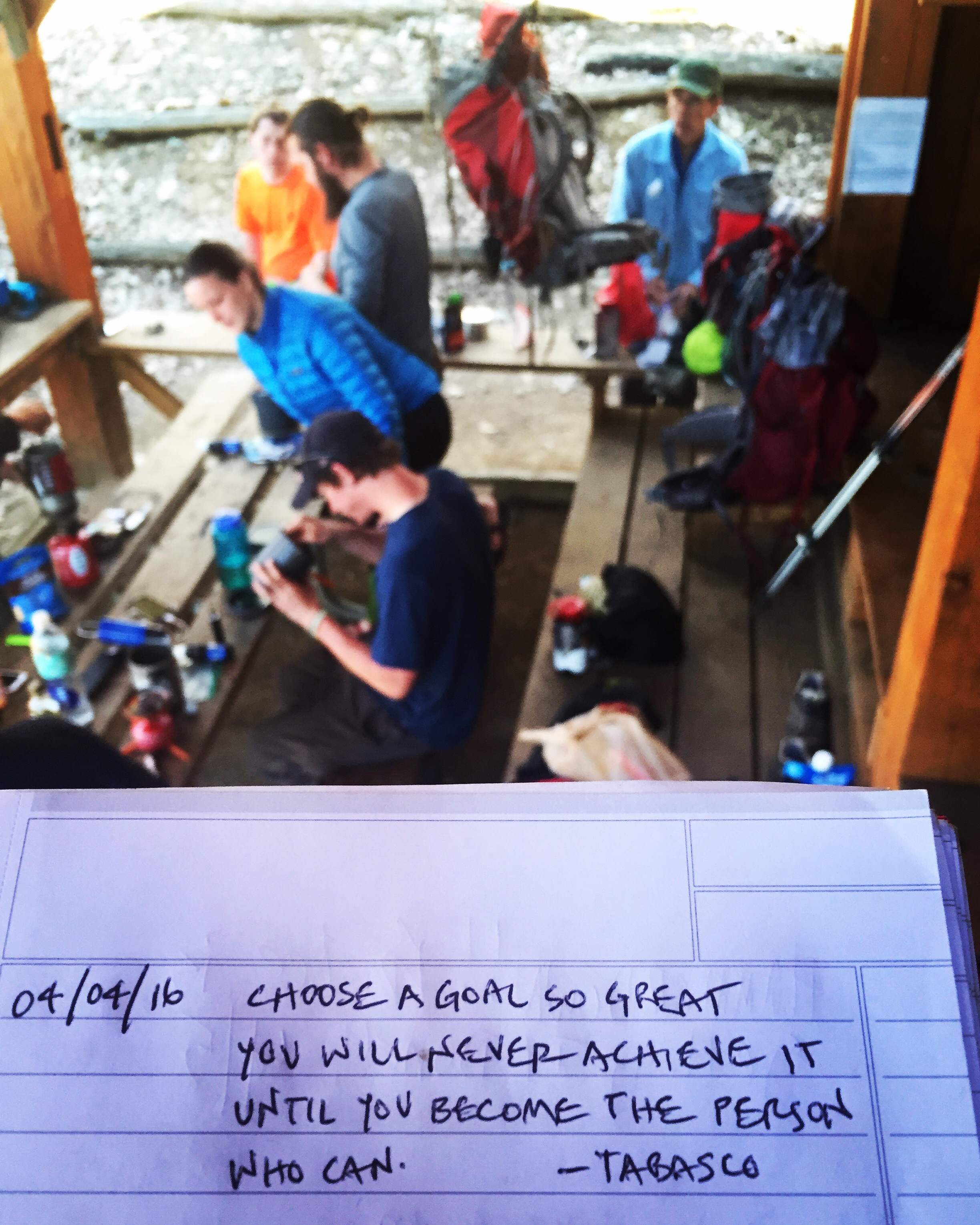 Hi! My name is Alexandria. Born and raised in Atlanta, GA, I now live in the grand adventure state of Utah! I love to snowboard and rockclimb, but my first and greatest love is long distance backpacking. I hiked the Appalachian Trail in 2016, and the Colorado Trail in 2018. I will be setting out to hike the Pacific Crest Trail in May of 2019. Happy trails!