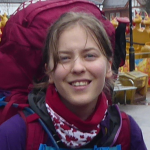 Growing up, I remember that there were times where pretty much every supper we had included white rice, to the point that I got desperately sick of it. So a little over a decade later I often still can’t eat it plain, and I distinctly recall that when my older brothers moved out, there was suddenly more variety in our diet. I remember days, weeks even, when we couldn’t afford to even buy cheese, and how grateful I was every time that we had a block of cheddar in the fridge.

Needless to say, I grew up pretty poor. 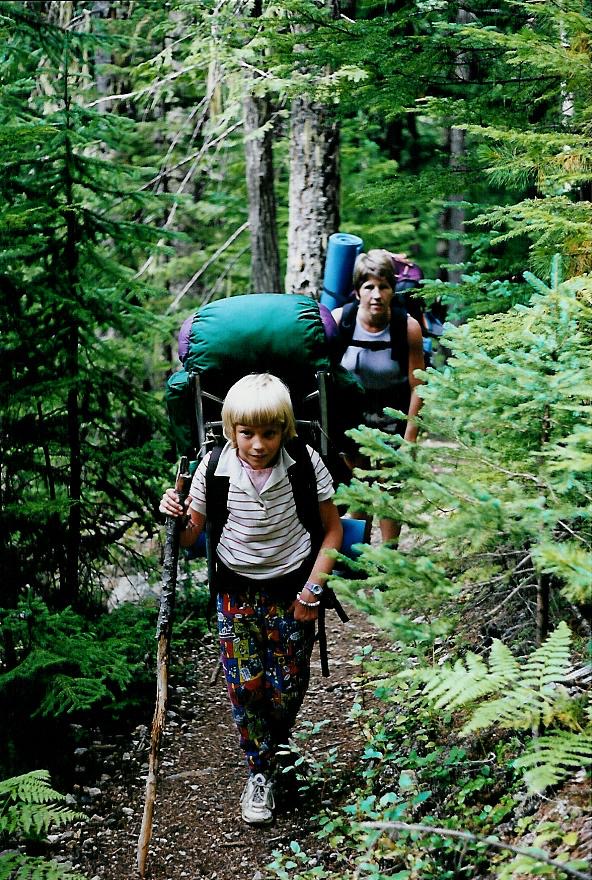 Back then, the idea of traveling to another country was so improbable that it was pretty much just a fantasy. As it stands today, I am still the first person in my immediate family to travel intercontinental, something I achieved only through a determination to make things that I desire happen for myself. Having grown up on a steady visual diet of Lonely Planet’s Pilot Guides and other travel shows, I desperately wanted to make the points on the map real for myself. Sure, I’d seen all that footage of Scotland, showing that it was a real place, but for me a place isn’t really real until I have stood there physically. 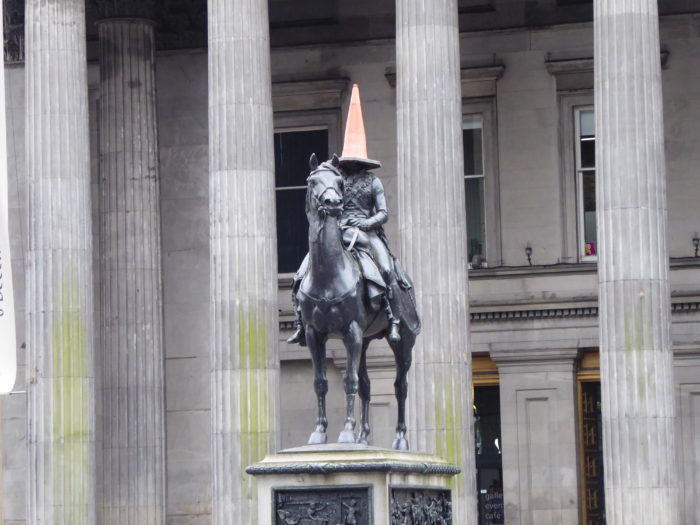 My childhood self thus never could have imagined that I would ever actually stand on the streets of Glasgow, staring bemusedly up at the intricately carved stonework that bedazzles many Scottish buildings, my mind confused because back home it was a drastically different time of day. When I finally set foot on the West Highland Way, I felt like I was in a video game and that I had suddenly entered a different level. Jet-lagged from landing in Scotland just the day before, I was dumber than a post, and couldn’t quite work out how to open a simple gate, and had to wait for another thru-hiker to open it for me.

I can’t help but think that he thought that I was an idiot. 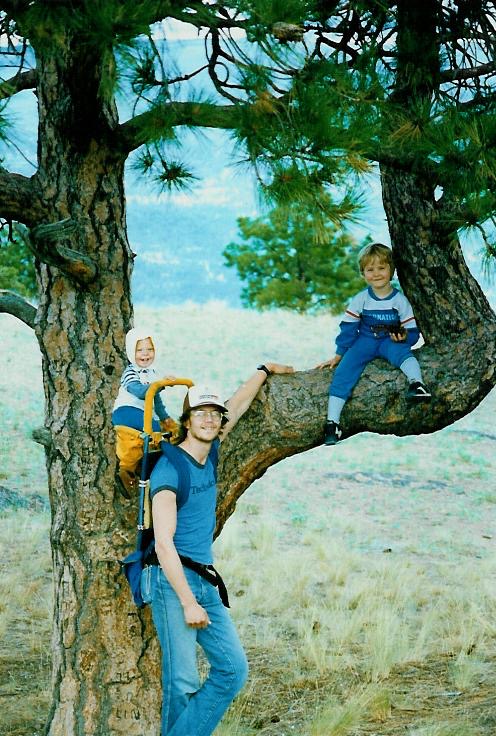 Unable to embark on the fancy tropical vacations of so many other families to Mexico or elsewhere, my parents took me and my brothers hiking in the Canadian Rockies. I have distinct memories of riding in the green modified external frame backpack that my dad had turned into a child carrier, looking over a parent’s shoulder at the trail alongside Lake Louise in Banff National Park. I remember standing with my mother, hand in hand, watching a chipmunk at Lake Agnes Teahouse as a toddler on that same trip. My parents used that modified backpack for all of us, and they have recounted many times how they would set us loose to use our own stubby legs, carrying us only once we got tired. According to them, we were like speedy little race cars going downhill thanks to our low centers of gravity. 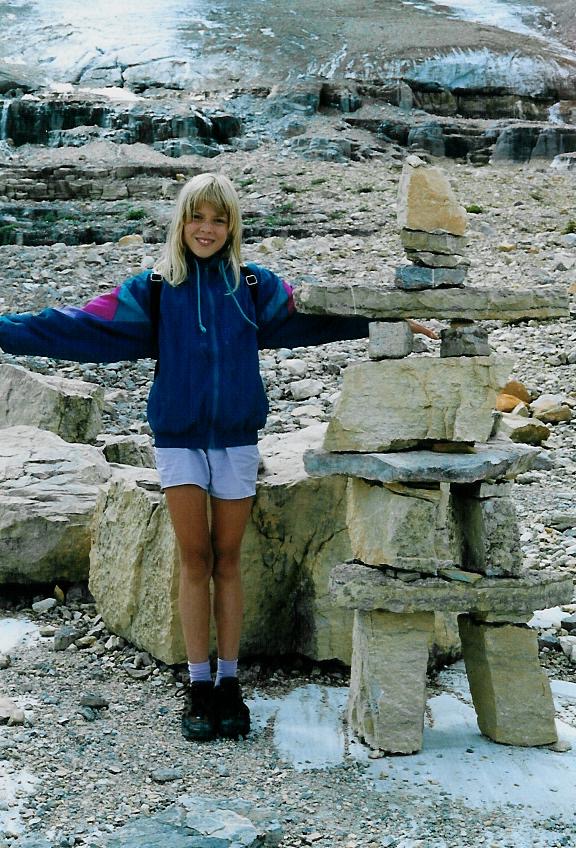 Years later, at ten years old, I remember holding onto the back of my mom’s gray nylon day pack as we ascended to Sentinel Pass, then again not long afterward feeling tremendous accomplishment from having hiked 16.8 kilometers (10.8 miles) on the Iceline Trail in Yoho National Park. It is there where the need for distance struck, and from then on I got excited every time that we did a long trail, relishing every trail that we completed that neared or topped 20 km/12.5 miles. My satisfaction and pride in myself had never been stronger—when I hiked, I felt powerful for the first time in my life. I felt like my legs could take me anywhere, and every time that I looked down a trail that I could not follow, I felt its pull, singing to my spirit of its challenge.

And Then I Found Out About Thru-hiking

Therefore, when I first heard of the Pacific Crest Trail as a young adult, I was mesmerized. I don’t recall how or when that happened, but it was before I started working at my last job, a gear store. In any case, for years I spent long hours researching thru-hiking and dreaming, feeling the siren song of a trail that was longer than any that I had previously ever imagined. Before the PCT, the longest trail I had ever heard of was Vancouver Island’s West Coast Trail at 75 km/47 miles, puny by comparison.

No PCT for Me (At Least for a While)

Part of me still dreams wistfully of the PCT, but adulthood has crept up, and I find that I want a career that will see me living with enough capital to have a good quality of life. The cost of living can be nastily high here in Canada, and with our perpetually weak dollar, that makes adventures like the Pacific Crest Trail a little more difficult to achieve. I’ve also grown to realize that at my current place in life, I can’t be away from my pets that long, since as someone with social anxiety, they are especially important to me. I hope that there’ll come a day where I have someone whom my cats love as much as me, whom I’d be comfortable leaving them with for half a year, but right now I just have my parents, and while they do love my kitties, they don’t smother my boys in honeyed adoration like I do (which my cats give back in spades). I worry that over a half year away, my cats might get pretty depressed without me, and I guess I have latent mom instincts or something, because I don’t want to inflict that pain upon them. Just today, I caught Casper lying on a pair of shorts that I had left on my bed, bathing in my scent, and upon seeing me return from town earlier Copernicus flopped on his side for a tummy rub, purring uproariously. 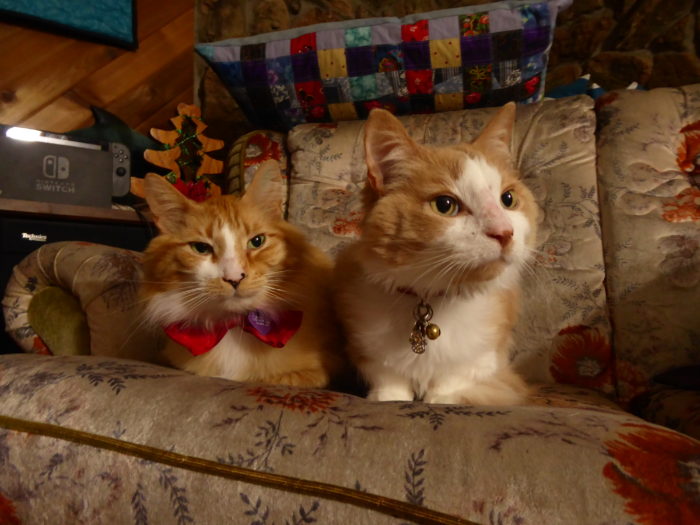 Casper and Copernicus, ruiners of thru-hikes.

Why Scotland is Awesome

Hopefully I don’t sound crazy; I have never seen anyone else cite their animals as a strong reason not to hike a truly long trail! But I have decided that my beloved cats should be OK without me for two months, so my gaze has turned to shorter-but-still-long trails, like my rematch with Scotland on the SNT. I didn’t get enough out of my time there last time that I went, and if you’re poor, there’s no better British country to visit, because in Scotland you can wild camp. So long as you adhere to certain guidelines—Leave No Trace, stay no more than two days in one spot and away from populated buildings unless you have permission to be there from the land owner—you can camp just about anywhere unless there is a local ban on wild camping.* That freedom in Scotland is especially amazing because Scots have this fantastic thing called the Freedom to Roam, so there’s no such thing as getting chased by crazy dudes waving decrepit shotguns because you accidentally wandered onto their property. 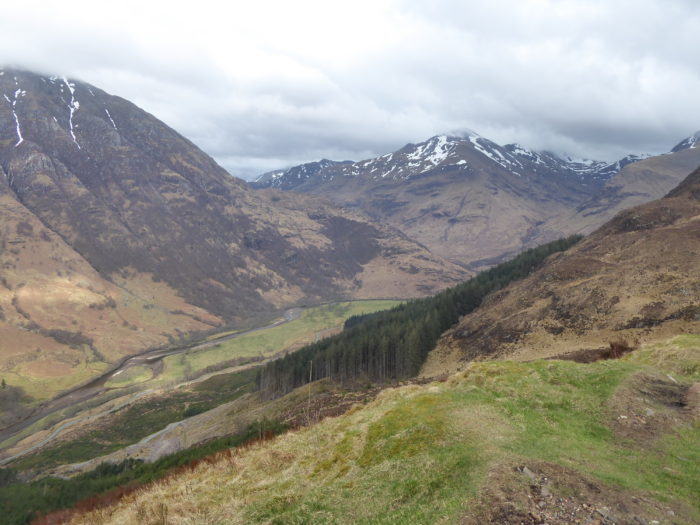 “The Land Reform Act 2003 gives everyone rights of access over land and inland water throughout Scotland, subject to specific exclusions set out in the Act and as long as they behave responsibly. These rights are sometimes referred to as ‘freedom to roam.'”

To learn more about the Scottish Freedom to Roam, I recommend checking out scotways.com, as they can explain this subject far better than I can, although I have done my best to give you the gist of it. The freedom to roam and wild camp as well as Scotland’s great system of wilderness bothies (buildings, often historic, converted into free-to-use shelters for the respectful journeyer’s use,) make Scotland quite friendly to the low budget backpacker. Scotland also being stunningly beautiful helps too, with wild, epic mountains that appear deceptively tall (actually, they are part of the Appalachians, torn asunder by continental drift,) and very pretty waterfalls. To make things even easier, at times I found the food in Scotland more affordable than in Canada, despite the pound Ssterling being worth so much more than the  Canadian dollar. 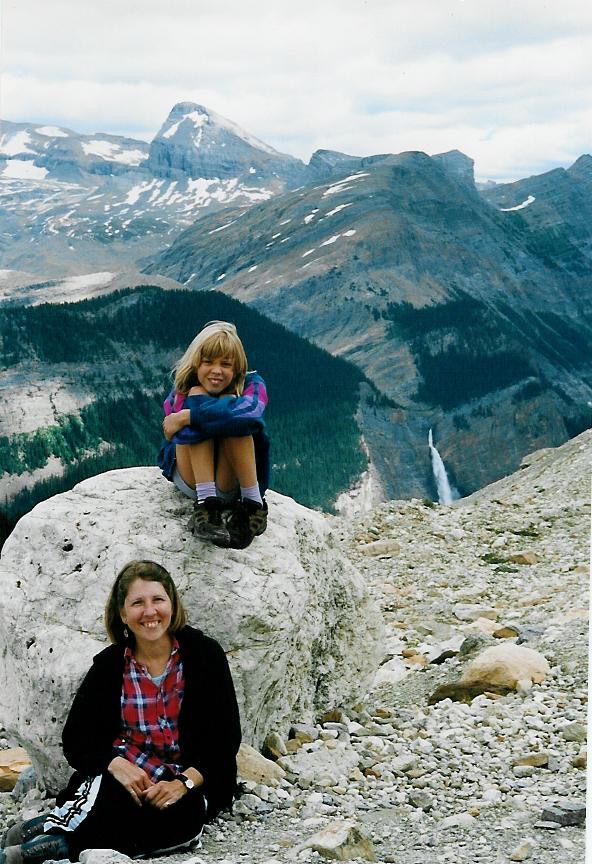 Rosanna Brost and her mom in front of Takkakaw Falls.

My upcoming hike on the Scottish National Trail will be the product of 30 years of hiking distance and dreaming of doing more. It’s the culmination of the moment just under three decades ago when my parents first put me in that homemade child carrier of theirs, unaware that they were indoctrinating their little daughter into a lifetime passion. I can say honestly that I was hiking before I could hike, and I know that when I tag the lighthouse at Cape Wrath, I’ll be making my parents proud. It’s thanks to them and their tremendous love of the great outdoors that I am here, that I will be in Scotland. I am grateful that they chose hiking for their vacations because it has made me the person who I am now. To this day, I have never seen a tropical beach, and while I would like to change that fact some day, for now I am happy to have seen a beach in Scotland, one on the Atlantic Ocean no less, a body of water that I never believed that I would ever see. On this trip, I look to prove to my childhood self that I can make great things happen for myself, and that anything is possible.

*Along the shore of Loch Lomond where the West Highland Way runs there is a ban on wild camping due to historical poor behavior from people wild camping there. This ban should be taken as incentive everywhere to treat the land with respect by following LNT, and leave the places we wild camp as good if not better than we found them.