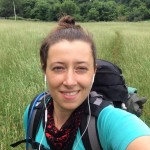 So you want to read more about thru hiking and the Appalachian Trail? Fortunately, there are a lot of options for you. From accounts of truly unique journeys to detailed instructional books, there are great reads available for those who have thru hiked, are aspiring to thru hike, or even those who would like to experience a thru hike from the comfort of their own couch. 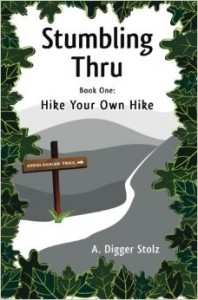 Stumbling Thru: Hike Your Own Hike – A. Digger Stolz

This is possibly the only account of a person who began a thru hike against their own will. After the death of his father and collapse of the family business, Walter, aka “Bartleby,” sinks into a deep depression. Not knowing what to do, his wife packs a bag full of canned food and cotton socks and drives Walter to Amicalolca Falls State Park. With very little money and no ideas, Walter has no choice but to start walking.

This book follows Walter on his journey to rediscovering himself. Along the way we meet and learn about an incredible cast of characters who are dealing with some problems of their own. 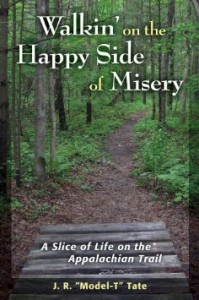 Walkin’ on the Happy Side of Misery: A Slice of Life on the Appalachian Trail – J.R “Model T” Tate

A retired Marine Corps officer who has thru hiked the Appalachian Trail multiple times reflects on his first experience on the trail. Author J.R. Tate describes his hike from the viewpoints of his “civilian” self and from his alter ego “Model T.”

This is an insightful and humorous look at how hikers view themselves differently on the trail. Tate writes of his encounters and adventures on the trail and gives a realistic look into the fatigue, hunger, and pain that is experienced during a long-distance hike. As an authentic and funny look into the life of a thru hiker, this book offers inspiration to those who are interested in the Appalachian Trail. 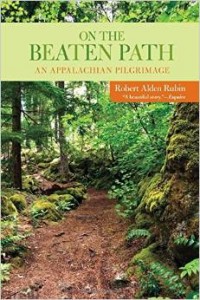 On the Beaten Path: An Appalachian Pilgrimage – Robert Rubin

Author Robert Rubin was living an unsatisfactory life. He was overweight, his marriage was struggling, and he was in the midst of a mid-life crisis. Quite abruptly, he decides to quit his job and begin hiking the Appalachian Trail.

This book takes an honest look at the ups and downs of a thru hike as Rubin stumbles his way through, dealing with illness, and enduring the monotony can accompany a long-distance hike.

This is a truthful and sympathetic look into some of the emotions, setbacks, and consequences that one faces when making the decision to abandon their life to complete a thru hike. It is an inspiring narrative that has helped countless people discover that they too are capable of this amazing journey. 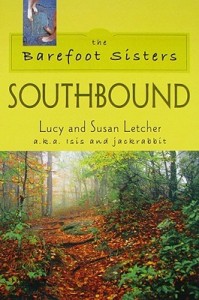 Two sisters set out on a southbound thru hike of the Appalachian Trail…barefoot. Their choice of footwear, however, takes a backseat to the emotional side of a thru hike. During their journey, the sisters discover the different reasons and emotions that drive people to hike the trail. They paint a clear picture of the mental, physical, and emotional challenges that are faced during such an epic adventure.

Known individually as “jackrabbit” and “Isis,” the Barefoot Sisters take turns writing from their own perspective as their story unfolds. This is a detailed chronological journal that follows their hike as they become minor trail celebrities due to their distinctive choice in footwear and deal with the emotional roller coaster on which they have embarked. 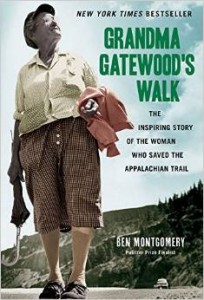 Grandma Gatewood’s Walk: The Inspiring Story of the Woman Who Saved the Appalachian Trail – Ben Montgomery

Anyone who has spent a decent amount of time on the Appalachian Trail has heard of Grandma Gatewood and her MacGyver-esque adventures. Emma Gatewood set out to hike the Appalachian Trail with little more than 200 dollars and a change of clothes. She was 67 years old at the time, but she nevertheless became the first woman to hike the entire trail solo. She would go on to become the first person to ever hike the trail in its entirety multiple times.

Grandma Gatewood became one of the most prolific trail celebrities and is now credited with helping to preserve the Appalachian Trail by bringing awareness to it. In this book, author Ben Montgomery explores Grandma Gatewood’s motivations through her personal journals and interviews with family members. 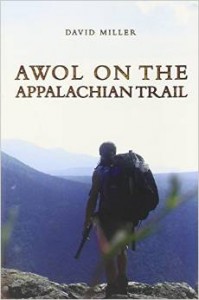 At 41 years old, author David Miller quit his job to pursue his dream of hiking the Appalachian Trail. Miller shares his  experience as he hikes northbound from Georgia to Maine, and captures the emotions of what it is like to accomplish such an important goal.

The story also gives the reader a sense of what to expect when preparing to tackle the Appalachian Trail, ranging from gear choices to the trail community and the rituals of trail life.

David Miller is also known for writing the widely used guide to thru hiking: “The A.T. Guide,” which is updated each year for both northbound and southbound thru hikers. 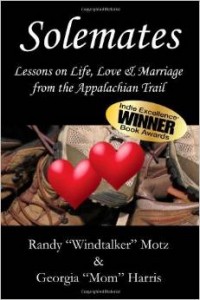 “Windtalker” and “Mom” are a married couple who decide to test their 14-year marriage by thru hiking the Appalachian Trail. With no previous backpacking experience, they set out in Georgia and begin their journey towards Maine.

This book explores the many emotions and challenges that couples are likely to face when attempting such a life-changing adventure together. It demonstrates how hiking can bring a couple closer together as they discover each other’s greatest strengths and weaknesses.

Motz goes into detail about how they managed their relationship and the steps they took to avoid the inevitable conflicts they would encounter. This is a must-read for those who are planning to hike as a couple. 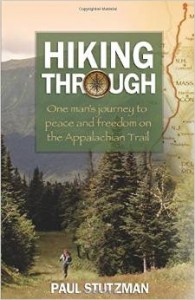 Hiking Through: One Man’s Journey to Peace and Freedom on the Appalachian Trail –  Paul Stutzman

One year after the devastating loss of his wife to breast cancer, Paul Stutzman leaves his job and takes his first steps on the Appalachian Trail. This is a story of discovery as Paul struggles with guilt, depression, and grief over his tremendous loss.

Stutzman stresses a relationship with God as he continues on his spiritual pilgrimage towards a renewed love of life. 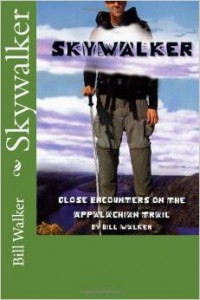 Walker had never spent a night outdoors before the spring of 2005, when he decided to thru hike the Appalachian Trail. He quickly earned the trail name “Skywalker” due to his height of almost 7 feet.

In this comical and frank account of his hike, Walker describes his experience as he struggles with the unique challenges faced by someone of his stature.

Walker does an excellent job of pulling the reader in. He accurately captures the different personas that he encounters along the way and leaves you wondering what will happen next. 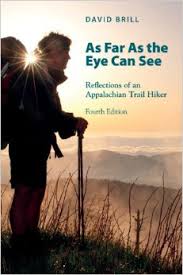 As Far As The Eye Can See: Reflections Of An Appalachian Trail Hiker – David Brill

Written about his thru hike in 1979, David Brill provides a rare look into the trail culture and personalities of his generation.

Brill tells of his transition from a self-described visitor to the woods to a full-time resident. Readers get a look into some of the more subtle changes that occur in a person during their thru hike. Brill also takes a deeper look into how a person is affected after their hike is complete.

Instead of describing his adventures chronologically, Brill breaks down his journey into descriptive chapters that tackle different subjects of the trail. Now in its fourth edition, the book includes new chapters outlining the authors most recent experiences. 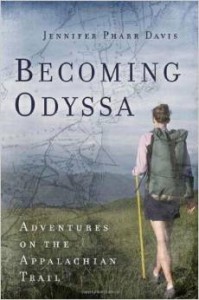 Jennifer Pharr Davis is best known for setting multiple speed records on the Appalachian Trail. This book, written by Davis herself, looks into her experience thru hiking the trail in 2005.

During her 4-month journey, Davis describes her transition from over-confident college graduate and complete backpacking novice to a seasoned resident of the trail community.

Davis relies heavily on her religion throughout the book and takes a no-holds-barred approach to sharing her thoughts and feelings. What makes this title so unique is that it is one of the most famous published first-person accounts of a solo female thru hike, amidst a sea of male authors. 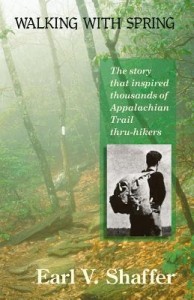 In august of 1948, Earl Shaffer became the first person to hike the entire Appalachian Trail in one season.

After returning from war in the Pacific, Shaffer was dealing with strong emotions, including the devastating loss of one of his closest friends. Amidst his inner turmoil, he decides to take to the trail. 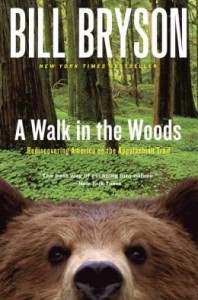 A Walk in the Woods: Rediscovering America on the Appalachian Trail – Bill Bryson

Arguably one of the most well-known books about the Appalachian Trail, “A Walk in the Woods” follows author Bill Bryson on his very poor but humorous attempt to complete a thru hike.

While this is not the most authentic depiction of what trail life is like, it is a very entertaining and often hilarious read. It is a great introduction to the Appalachian Trail for those who are unfamiliar, as Bryson describes the history and ecology of the trail in the midst of his misadventures. It takes a comical approach to addressing some of the main concerns that novice hikers and their family members may have. 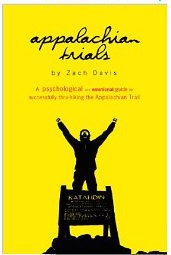 You can read a million books about the journeys of other thru hikers, but Zach Davis cuts to the core and focuses on the most important aspect of preparing for a thru-hike, the mental component.

In the book, Davis explains to the reader exactly how to endure the psychological tribulations that most long distance hikers encounter. It takes a look at why many hikers decide to leave the trail before accomplishing their goal and what prospective thru hikers can do to ensure their own success.

Is your favorite Appalachian Trail book missing from this list? Make sure to add it to the comments below so that others may enjoy it too.