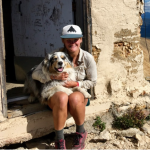 Imagine arriving to camp at the end of the day, and pulling dinner out of your pants.

I’ve never seen a backpacking product like this. While at first glance, the Crotch Pot might seem crazy, there’s plenty of practical ingenuity to it. As makers at Gossamer Gear put it: “The Crotch Pot is the ultimate fuel-less, ultralight backpacking stove.”

It’s a simple, yet effective method for rehydrating your meals using only body heat. After pouring water into a ziplock with your food, slide it into the pouch and attach it to your belt loops. Walk around for an hour or two and voila. The Crotch Pot is an upgrade to regular cold-soaking, or a backpacker’s first step to stoveless eating.

About the Gossamer Gear Crotch Pot 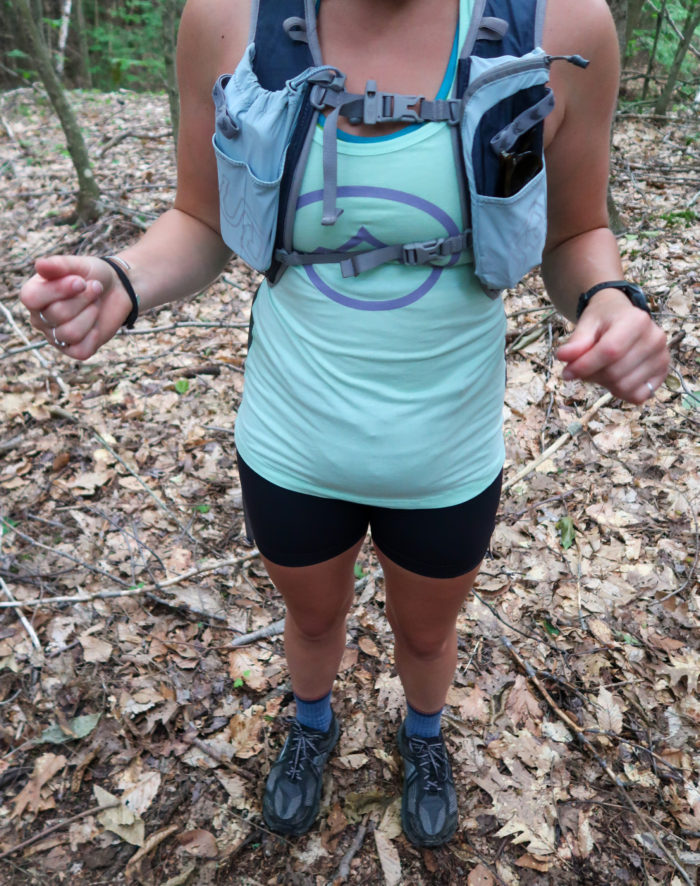 Yup, there’s dinner in there.

The 2020 hiking season has become less about backpacking long distances and more about adventures close to home. I’ve been spending my time outdoors car camping, mountain biking, trail running and fastpacking (quick, light overnight trips where you combine running and hiking) in Maine. I was able to test the Crotch Pot while fastpacking in the White Mountains.

The Crotch Pot is a no-cook system, intended to replace a stove and fuel. For hikers like myself, who already seldom carry a stove on the trail, the Crotch Pot can replace the bulky Talenti jar (or any reservoir) used for rehydrating food. It’s perfect for short trips when space in your pack is limited, or longer backpacking trips if you get the hang of it and are trying to cut the weight and space of a stove setup. Be aware that your food won’t get hot using the Crotch Pot. In the Northeast humidity, my noodles and quick oats got warm with just an hour of rehydrating. But similar to regular cold-soaking techniques in a reservoir, certain foods would feel pretty undercooked without a full-on stove. 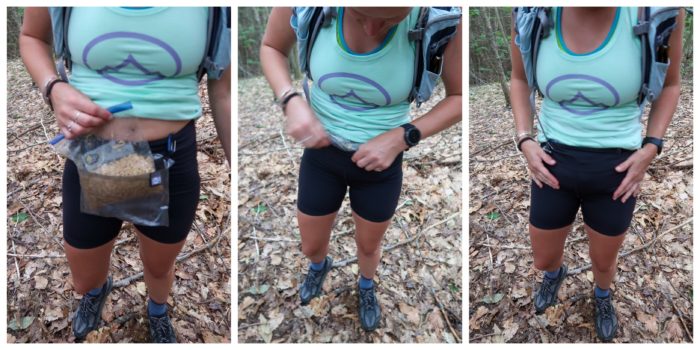 It’s pretty simple: pour water in the ziplock, attach the biners, and shove in your pants. These noodles were already rehydrated during this demonstration of the steps.

Efficient: The Crotch Pot adds virtually no weight to your pack, and takes up less space than a passport. In testing, my food rehydrated faster than it would in a jar, with everything I tried taking less than 90 minutes.

Lightweight: At just 9 grams, the Crotch Pot is significantly lighter than any stove setup and less than half the weight of a cold-soaking jar (~2 ounces). The only thing lighter would be simply using a ziplock bag, but the Dyneema material protects any leaks.

Versatile: While it’s intended use is obviously to rehydrate your food using body heat, the Crotch Pot could alternatively be used on the outside of your pack. Hanging the pouch on the back of your pack would allow the sun to rehydrate the food inside just the same.

Let’s Talk About the Bulge 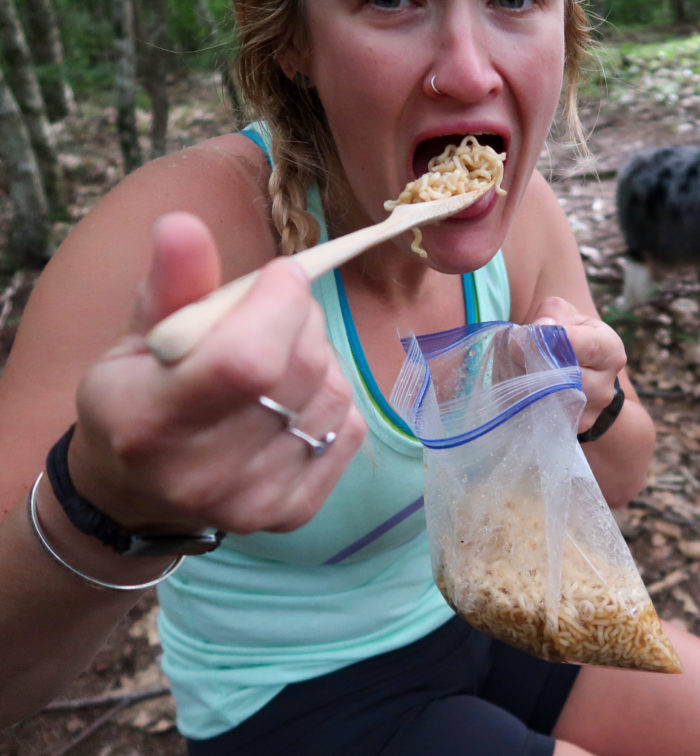 As a petite woman, the bulge can look pretty silly. The bulge is obvious enough that it looks like there’s either a tiny human growing in there or a wad of damp socks I’m trying to dry with my body heat.

For attachment, the clips are meant to hook to belt loops. Without them, getting the fit right can be tricky. I first used running shorts, which is what I’d typically wear backpacking and had trouble getting the Crotch Pot to stay put. The second round of testing I wore spandex shorts and those were better for keeping the food snug. One option is attaching it to your pants or shorts using safety pins, but not everyone can tolerate the feeling of those on their waist. I’d also mention that I couldn’t comfortably run with this, but hiking with it in felt fine. 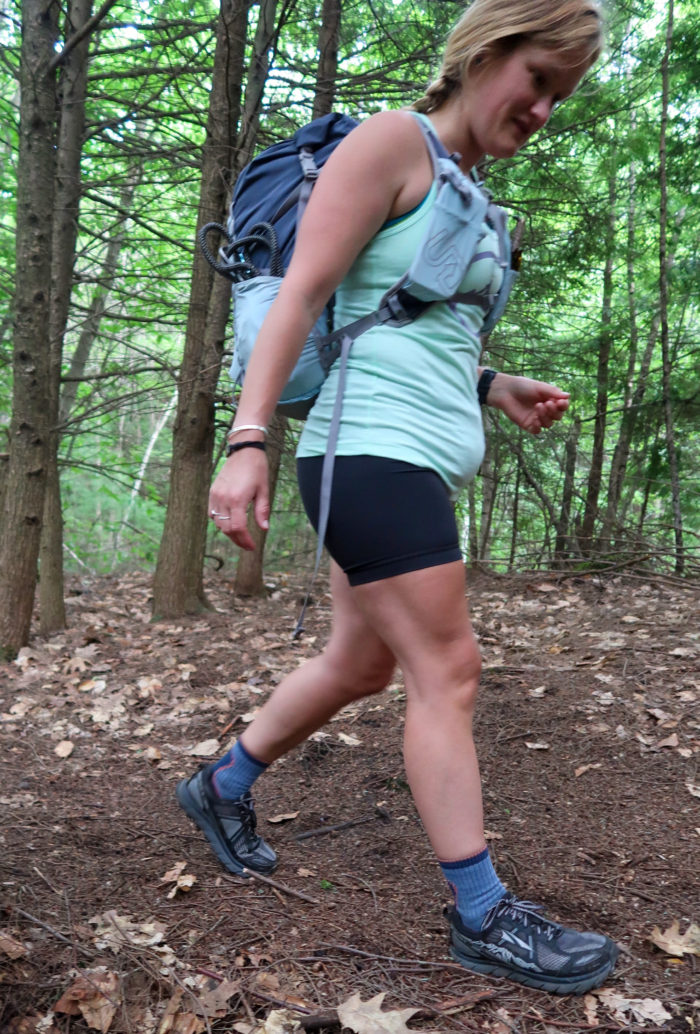 It was more comfortable to carry the Crotch Pot higher up, which leaves the bulge up for debate.

So What Do We Think About the Crotch Pot? 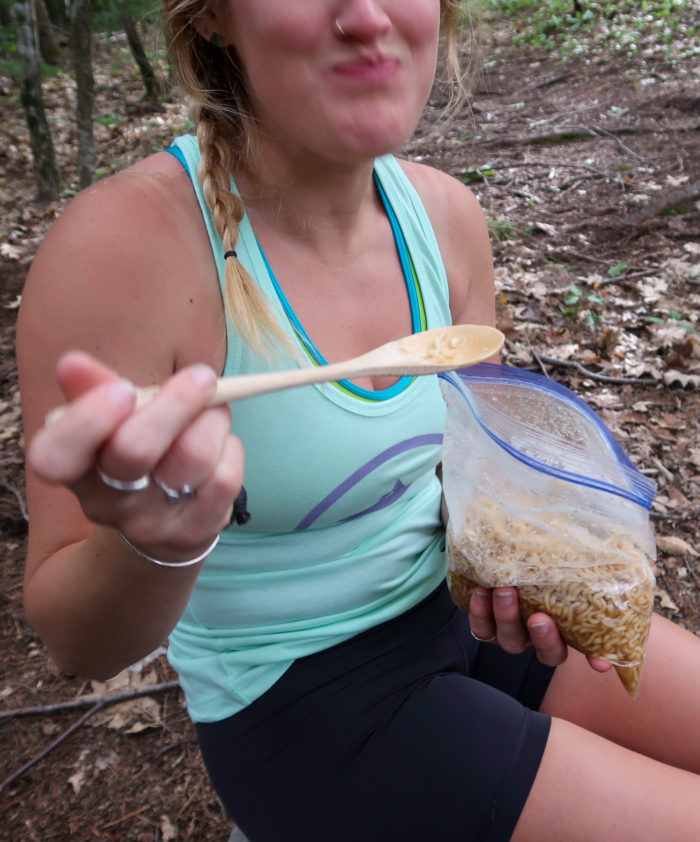 A perfect gift for the ultralight backpacker in your life.

Weighing practically nothing and packing down smaller than a ziplock, there’s little harm in carrying the Crotch Pot on a backpacking trip. It’s entertaining all around, and would make an awesome gift for your backpacker friends. For hikers looking to take the plunge into cold-soaking, this offers a few great options for rehydrating food. For hikers who already cold-soak using a jar, the Crotch Pot could be considered an enhancement. 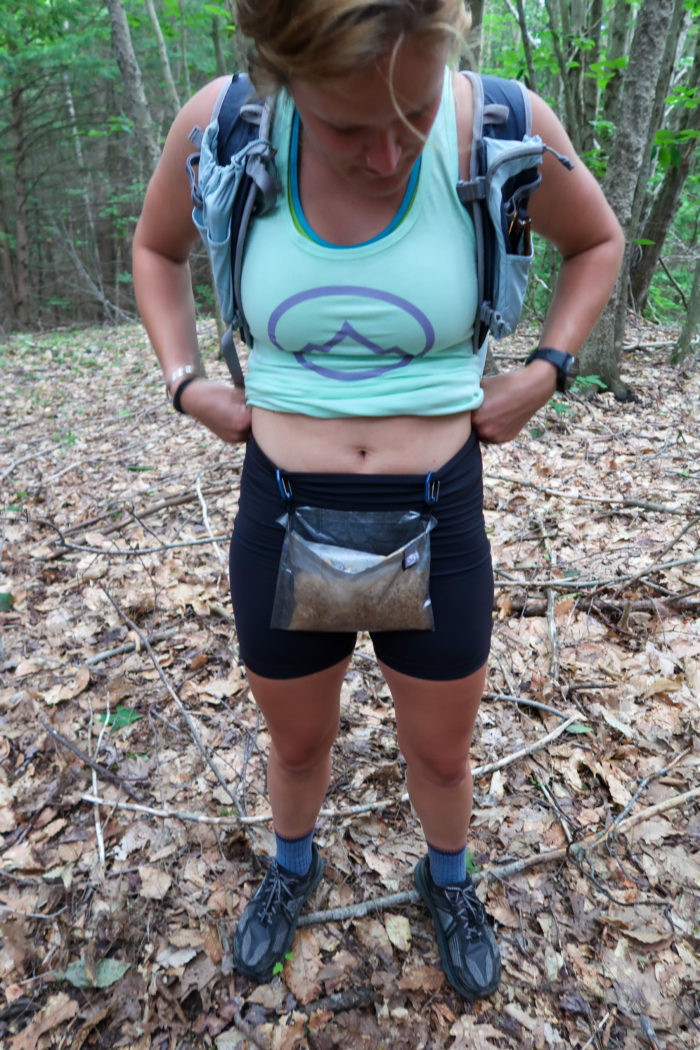 This is a sponsored post brought to you by Gossamer Gear