The following is a guest post courtesy of Bliss, a 2014 NOBO thru-hiker submitted via our “Submit a Story” form.

When I finished my thru hike of the AT in early October 2014, I got a ride with trail friends to Portland to catch the ferry to Nova Scotia, Canada. I had a few hours before the night ferry departed, so I sat at the water’s edge, breathing in the smell of ocean for the first time in almost half a year. Tart aromas of sea salt mingled with wafts of fried fish and chips, seagull cries, folding waves and the clinks of people’s glasses in the neighboring restaurants. The sky was full of purple and orange stripes against sun and cloud. 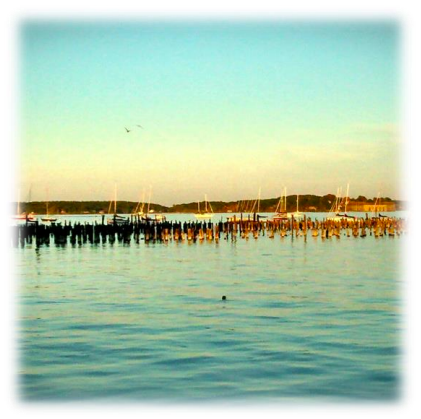 I had cried a little in the car as we drove along the sparse and potholed highways of Maine—I felt like I was leaving my home—over the past 6 months, the trail had become so much more than a hiking path in the woods—it was the physical anchor of a way of life that resonated with the most authentic part of myself. It was the cultural landscape of my heart.

I was excited about some aspects of returning home—while walking through the 100 mile wilderness my friend Nora V and I fantasized about wearing cozy wool sweaters while sipping tea in a café…sleeping in late and puttering into a kitchen to make a gourmet brunch for friends and family…but what felt most burdensome to me about returning to a world of measured time, selling my labour for paycheques, checking my reflection in the mirror before stepping out, was the anticipation of slipping into the day to day routine of practising pretense: of no longer being able to be myself—a fear made even heavier because I knew with certainty that I no longer fit into the dominant societal narrative of what a women in her mid 30’s “should be”. I was an unemployed, single, overly educated, under skilled, nature and freedom lover with a nomadic gene so strong I no longer felt like I had a choice: I needed to be free of the mundane routine that I was most likely returning to.

I often try to find a single word to describe the feeling that comprised the experience and emotional atmosphere of the final days of my thru hike. I can’t find the word just yet, but I can describe what I want the word to capture.

Hiking into Maine in September last year I was exhausted. My body had made it about 2000 miles in pretty good shape, I had only had two blisters the entire journey—the first freakishly doubled the size of my pinky toe, somewhere in Tennessee, when my feet began to swell and became too big for my boots—the second, was an offshoot of the first that crept into the crevice between the freak toe and it’s neighboring appendage. An obliging friend popped it for me with a needle while crowded into my one person tent while I ate dehydrated beef stroganoff. Such are the tales of the everyday on the AT.

But anyways—my point—Until Maine I had felt good. Entering Maine, I did not feel good. My bones ached. My tendons trembled. My joints and I were no longer on speaking terms (my next resupply).

Taking a selfie in the dusk next to the Maine sign, the realization struck: there were still 280 miles to go—and they were the toughest most rugged miles to come. I realized then, that for 2000 miles I had thought of Maine as an end point in itself and that I had been psychologically conditioning myself to view the Maine and New Hampshire border as the finish line. I had not rationed enough emotional energy and strength for this last leg of the journey. 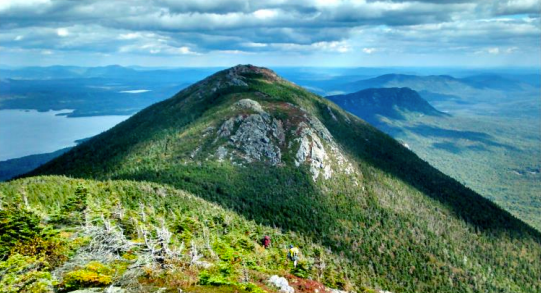 I was also breaking down internally, structurally. I needed to be done. I popped Vitamin I (IB Profin) like they were gourmet jelly beans to be savored—counting out the small red pills in my palm in the light of my headlamp before going to bed at night—just to make sure I had enough to get me to the next resupply point.

In the days that followed, I travelled over treacherous and slippery rock and moss. Steep ascents and descents often required hand over hand climbing and bouldering. I took my time, using my trekking poles diligently, strategically, to prevent slipping and cracking my head open on a rock. Once, I did fall and hit my head, the shock of it erupted as a sob in the back of my throat—and sent me into gulping tears. Crying felt good. It was a release. I had been storing up so much anxious tension in my body, afraid of injuring myself, and now I was letting it all go.

And so it went. And I laughed. Alone. At myself, in the woods. For being so funny and pathetic and harmless to the universe. Such are the stories of everyday life on the AT.

After that I felt, at least in terms of how the head and the heart connect, stronger and lighter. I fell in love with boreal forests and granite, the quiet lakes and loons, the soft pathway of pine and the fun scrambles and technical ascents to the balds of mountains. I enjoyed what my strong body was capable of, swinging myself up through trees and around boulders, physical acts that I had never been capable of in my life. I let the dirt splash patterns across the back of my quads and thighs. It felt good to be chilly again with the fall weather and nice to wrap myself in the coziness of a down sleeping bag cowboy camping under stars.

Friends, good solid girlfriends, Grandma Peppa, Dory and Nora V, shared this section with me. We sang opera in the woods, drank bourbon in a camper van, slack packed whenever we could, shared our dwindling food supplies, made mad dashes to the Canadian border to extend my travel Visa, we played piano and danced at a hunters lodge to entertain the guests. We met trail angels, “Art” and “History”, who took us to swim in their lake edged in tall dark pine and wharfs flying American flags–sharing stories of second chances at love, American literature, growing older, personal truth and homemade wine.

So the final days of my thru hike were sweet. It was a golden time in my life. And the way it felt was like—the pause when an orchestra has just finished playing the final note, of the final movement of a symphony that took you in every emotional journey possible—you were curious, jubilant, in awe, weeping, bored, agitated-elated-transfixed and ultimately emptied and built up again but differently –and you’re not sure what language you will speak after you have lived in the world of music so long—and you have forgotten that this is the moment before you are meant to clap—the moment when the final note dissipates into a quiet that is full of close air and breath and you are held in the warmth of a shared sense of focus and transcendence amongst the audience.

“And the way it felt was like—the pause when an orchestra has just finished playing the final note.”

The sky was clear and blue when Dory and I summited Katahdin on October 1st — as we touched the sign on top of Katahdin the whole atmosphere of the room that had been sustained ever so thinly with the gradual dissipation of the last final note, collapsed into applause, sobs, joy or— something that still— I cannot name. As we descended from the mountain down the ridge we entered into a cloud—later that evening Dory and I mentioned that we had both felt that that cloud was a kind of threshold between the world of the Appalachian Trail and the “real” world we were returning to. As I looked up to the clear sky before stepping into the fog— I remember feeling nothing but gratitude.

Perhaps I found my word, after all.

You see, the Appalachian Trail, wasn’t just a ‘break’ for me—it was an irrevocable disruption of the path (career, car, partner, house, kid, retirement) I had been on before. A reorientation to my values—a 6 month long self-check-in. It took me that long to get real with myself. To truly and bravely listen.

At that moment in Portland, leaning on the Warf and staring out to sea, I clutched the straps of my soiled and falling apart backpack as if it were a life jacket.

I knew I was no longer afraid to not fit into someone else’s story of who I should be–the transformative mythology of the trail had worked it’s magic on me: The world was wide open and I was free.

Such are the tales of the everyday on the AT. 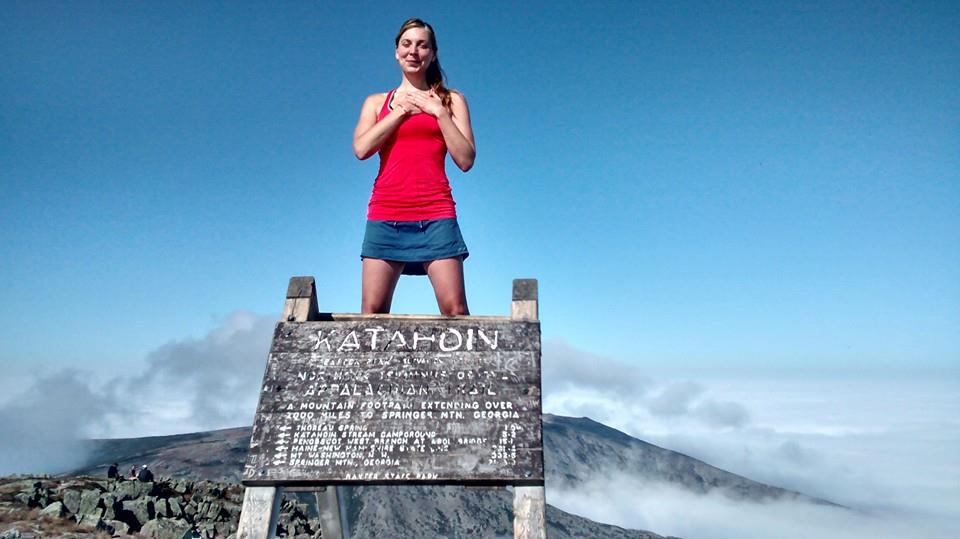 Philippa Gunn (aka Bliss) hails from Lunenburg, Nova Scotia, Canada. Self-Described as a ‘barefoot anthropologist’ and ‘nomad’, she left a career with the Canadian government to purse her love of travel, wilderness, writing, and adventure. She is currently working on a Guest Ranch in rural British Columbia, helping others to their live their own adventure and exploring the back country. Follow her story on Instagram.