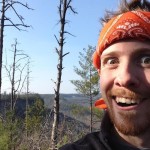 A lot of you all are probably reading this right now thinking to yourselves, “Man, I’d really love to hike the AT but I just don’t think I’ll be able to keep it real on the AT!!!  What’ll I do???”

Well folks, it’s about time for your worries to come to an end because Zachsquatch is about to give you the low-down on how to ‘keep it real’ while hiking the AT.

It’s not that hard!!! You’ve just got to follow a few simple steps and you’ll be ‘keeping it real’ in no time!!! 😉 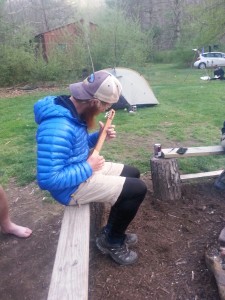 First and foremost, you may as well go ahead and give up now if you are planning to thru-hike the Appalachian Trail without carrying an item which doesn’t exactly belong on the trail at all in the first place.

Personally,  I like to let people know that I ‘keep it real’ out here by carrying a backpacker mandolin.  Here is a photo of the Zachsquatch keeping it real at The Captain’s.

If you have never hiked the AT, you probably don’t know about logbook entries.  When you walk by shelters during your hike you’ll get to make entries into a notebook about ANYTHING you want. . . I try to ‘keep it real’ when I write in the logbooks.  Here are several samples of my logbook entries:

“I spent the past three hours practicing tap-dancing at this shelter and I think I’m finally ready for the River-Dance Reunion auditions coming up in July.  Wish me luck everybody.”

“If snakes had legs we would all be dead by now.”

For about 200 miles in Virginia I wrote nothing but “Don’t.” in the logbooks. 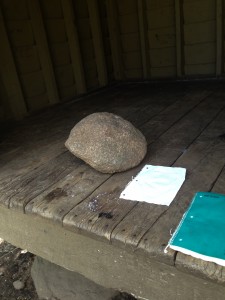 ^^^ This logbook entry was my masterpiece.  The photo took place at a shelter called “The Priest” where you are supposed to make confessions in the logbook.

What I did at The Priest was lift the biggest stone I could carry and put it inside of the shelter.  I then ripped out a piece of paper and confessed to putting the rock in the shelter. . . Maybe it isn’t funny at all and I’m just crazy. . . I don’t know anymore.

3.  Take photos of yourself that make you look cooler than you actually are

That’s what people will be saying about you when you stage photos like this one: 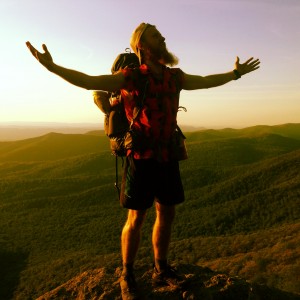 (I assure all of you that I am not cool despite what the above picture suggests.)

4.  Get off the trail and do something 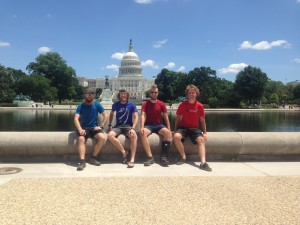 Never pass up an opportunity to ‘keep it real’ and take part in an adventure WITHIN an adventure while you are on the AT.  When you get off the trail and peregrinate yourself into a real city you get to be the weird guy that everybody hopes doesn’t talk to them/sit by them on the subway.  Ignore the weird vibes you get from people and talk to them anyway.  The more disturbing you appear on the outside the more it means you’re keeping it real on the inside.

5.  Pack out beer when you leave town 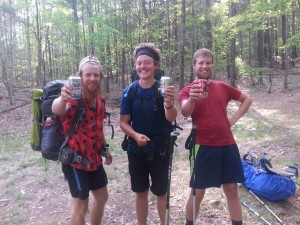 Keeping it real isn’t just an event, it’s a lifestyle.  Showing up to a shelter after leaving town with six beers lets people know that not only do you ‘keep it real,’  but you are a man of leisure as well.

6.  Get a haircut you never would have gotten at home 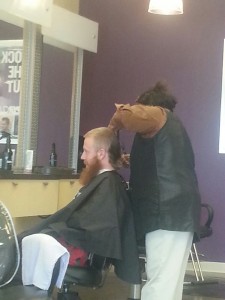 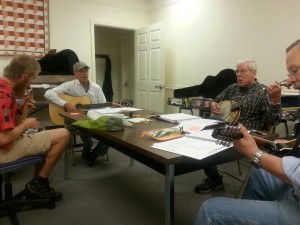 It’s important that you let the locals know just how ‘real’ you keep it when you get to town.  That’s why when you’re having coffee at the Bluedogart Cafe in Buena Vista and someone extends an offer to join in on a jam session you accept regardless of what time it is.

Here is a picture of me ‘keeping it real’ at 8AM at the local senior citizens club with three dudes who also know the true meaning of ‘real.’

8.  Listen to Wu-Tang every day

If you don’t know who the Wu is you better protect your neck. 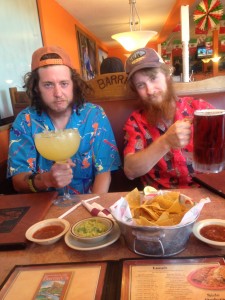 Surviving is one of the ultimate forms of ‘keeping it real’ when you’re on the AT.  Weighing in at only 140 lbs, I know just how easy it would be to starve to death out here.  In order to keep on keeping on I eat all day everyday.  When you go to restaurants order several entrees instead of limiting yourself to just one.

Looking into the eyes of a waiter and ordering the chicken fajita meal AND combination #4 leaves no question as to whether or not you ‘keep it real.’  The waiter will know it and you will know it too. 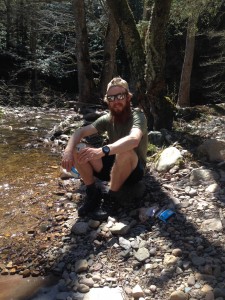 When you stop having fun on the AT it means you’ve lost sight of what is and is not ‘real.’  I went into the wilderness knowing that Mother Earth was going to open up a can of whoop-ass with my name on it but I’ve countered the servings of whoop-ass with my realness and so can you!!!

I love all of you,

(P.S. If you haven’t hiked the AT yet, you better come hike the AT.)

Zach Barger is a Kick Ass Kentuckian who hails from the great city of Louisville. Zach has always loved anything outdoors from kayaking to mountain biking to golf to backpacking and anything in-between. Zach's newest endeavor will be an epic 2,100 mile journey from Georgia to Maine along the Appalachian Trail. Join him and his two pals as they attempt to hike the world famous Appalachian Trail by following his blog!!!!