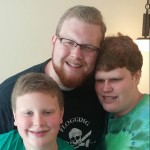 14 Days Until the End of the World

Ok, maybe not the end of the world, but certainly it’s the end of my world as I know it.  You see, I’m going to begin my AT thru-hike on March 22nd, 14 days from today.  This being my first post, I thought I’d write about how I got to where I am today, starting with…

I grew up in a small town in the middle of NY (Unadilla, if you know where that is).  I am one of four children, the oldest boy and second oldest overall.  My two younger siblings, Bethany (20) and Daniel (12), are both on the Autism spectrum and this has been a major formative force in my life.  Suffice it to say, I am very family-oriented.  I graduated from the local high school in 2009 and, after trying out four different majors and two colleges, graduated from Oneonta State University in 2014 (go Red Dragons!) with my B.S. in Biology and a minor in Chemistry.  Over the past 5 years, my older sister and best friend, Christina, has suffered from a condition called Idiopathic Intracranial Hypertension.  In that time she’s had numerous surgeries and other procedures done to help manage the condition.  After graduation, I wasn’t really sure where I wanted to go with my life, so I took a job bouncing (and cleaning up at the end of the night) at a local college bar. 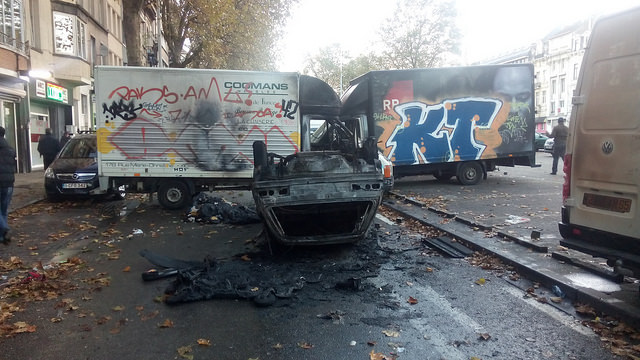 A simulation of what the bar looks like at the end of the night. (Courtesy of Dimi on Flickr)

I really love my coworkers and it’s not the worst job in the world, but it definitely isn’t what I went to school for.  It was in late 2014 that I began looking online for the next step in my life.

While floundering around after college, I began to become interested in bushcraft.  I’d go into the woods at the local park and practice building the odd lean-to, mess around with whittling, and just hang out in nature.  While researching bushcraft, I stumbled on a forum post (I have no idea where it was, now) about the Appalachian Trail.  Prior to this, I had never even heard of the A.T. (blasphemous, I know)  I did a quick google search, and what I found was one of the most amazing things I had ever encountered.  There was, all along the East Coast, a continuous hiking trail where like-minded, determined, sometimes unbalanced individuals could walk from Georgia to Maine (or Maine to Georgia, if you’re into that).  I decided that I definitely wanted to do a thru-hike of the A.T. in the future.  Early in 2015,  that “in the future” turned into “as soon as possible,” which, for me, meant the Spring of 2016.

“How do you shit in the woods?” 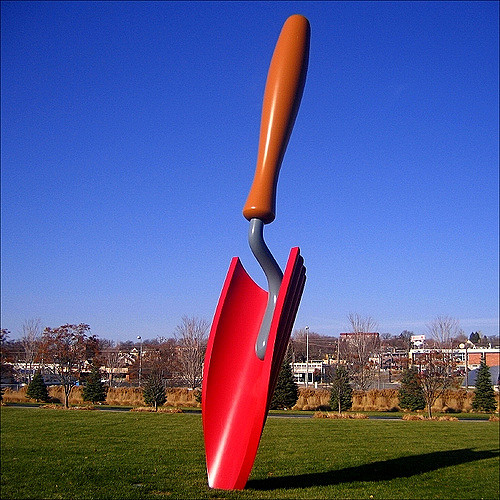 This was just about the first question my sister asked me when I proposed my idea to them.  You see, my sister is what you might call “indoors-y.”  I hadn’t, prior to this, done many overnight backpacking trips, though I had spent a good chunk of my free time in the woods throughout college and after.  All of my camping trips to this point were at sites where bathrooms were commonplace.  This was an aspect of things I had not considered.  Thus began my research into backpacking.

I learned that it wasn’t as simple as grabbing a bag, a tent and a sleeping bag and heading into the woods.  You have to consider, among other things, the weight of your pack, water filtration, your shoes, the clothes on your back, bathing, leave no trace principles and, yes, how to shit in the woods.  I had, and have, a lot to learn.

I’ve done more research for this than my last two years of college, which is saying a lot. I’ve read books and trailjournals and watched hours of videos from thru-hikers and gear analysts.  Everything from trail etiquette to food choices to water filtration, I spent hours and days reading about what the trail would hold in store.  I spent more time looking for discounted backpacking gear than I thought was humanly possible.  I hawked ebay auctions and kept an eye out for any deals I could find.  I’ve probably spent less than 50% what my overall setup would cost at full price.  At one point, I created a spreadsheet for insulated jackets on sale, with columns for weight, insulation, cost, % off and ‘wild cards.’  My sister thought I had gone insane.  Maybe I have, but this is where I am now.   The world as I know it is coming to an end, but the end of one journey is the beginning of another.  All of my gear has been bought,  I gave my notice at work and I’m ready to start the greatest journey of my life.

I graduated from Oneonta State University in 2014. After gruduation, I got a job working as a bouncer at a college bar, thinking I'd be working there a couple of months, at most, while my opportunities worked themselves out. This is when I discovered the Appalachian Trail. I have used the intervening year and a half or so to plan out everything and buy my gear. Here I am now, excited for what lies ahead! Follow me on my adventure!