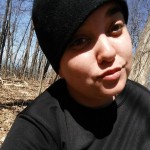 Surviving A Year With The Itch

One year of serious planning, doubts, & fears. One year of reading gear reviews until I thought my eyes might bleed & a year of buying gear until I though my bank account was actively weeping.

October of 2013 I watched countless people finish their hikes. I felt their joy as they stood so proud with the Katahdin sign, their weightlessness at the feat they had accomplished despite their tired faces and worn bodies. The first summer & fall, they were just pictures of people. But still, my itch grew.

This January I was so green with envy as I watched through social media. People were registering their thru hikes, displaying their AT backpack tags with such hope and gusto, spreading their gear out piece by piece, packing their backpacks one final time, displaying their drop boxes & menus.

March rolled around and the pictures from Amicalola and from the top of Springer began. Every single person with one goal in mind and so much promise laying ahead of them. I began to follow their first, sometimes shaky, steps on the trail. And, slowly, I began to know them. I could tell you who was nursing an injury or who had blisters the size of boulders. I could tell you what kid saw a bear outside a bathroom and show you the pictures to prove it.

I could tell you who was currently where. Or if they were lacking in posts I could pick up my Awol guide and pinpoint where they had been & where they might pop up next. I cheered myself on when most of my predictions were correct. I cheered them on for making it to the next location, the next shelter, the next town or state. I was the best cheerleader/stalker they never knew they had.

I began to recognize the places before I opened a picture to read the hashtags. I remember groaning once that I was so happy i’d only hike through Max Patch once with it’s blaze on that solitary post at the crest of the hill. It seemed everyone was at the same place just a few paces apart, taking the same exact picture. How were these people not bouncing off each other like ping pong balls yet? That’s how i came to learn how the “bubble” truly existed.

Hikers would form small groups, trail families, alliances then splinter apart and go ricocheting off into different directions just as fast. The ones that stuck like glue made me smile the brightest. I would scroll through my Instagram feed & suddenly realize someone had gone off trail. I’d find myself hoping it wasn’t permanent.

You see, I had become so invested in these people I wanted nothing more than to see them succeed. I mourned their loss of motivation as if it were my own. Their successes made me joyous, all was right in the world.

Mostly, I yearned to be them. I projected their journey into my mind and played out how my scenario might go in the future. I may be the one with blisters the size of boulders or the kid snapping pictures of a bear outside a bathroom. I might be the one inspiring the next wave of thru hikers to get out there and make their hike a reality, to stop projecting it onto their minds eye and live it.

I watched so many finish their hikes. Scott Jurek was one of the first that I followed who finished, but everyone was rooting for him. These others, these no name, regular people who lived regular lives were the ones who really fed the itch until it was more than that it was a burning. Maybe I should have gotten that checked out, huh? Watching them, waiting for that final picture on pins & needles, became a daily habit.

Their struggles, their successes, and all of those beautiful pictures (yes, even Max Patch, though I admit that somewhat begrudgingly) kept the fire stoked and always kept me itching to do more, see more, live more and stop settling. If I had a picture of the trail for everytime someone asked if I was really going to do this, well, I guess i’m going to have alot, aren’t I? After all happiness is finding a scratch for every itch.

My name is Kimmy but you can call me Sprout. I enjoy music, nature, & all things related to coffee. I'm a 28 year old mom & wife who accidentally discovered a love of hiking after spending all of my life living in Alabama. Turns out the world is not all square, flat, & beachy! Who knew? I then convinced my best friend, Jacqui, & her dog to join on a little walk from Georgia to Maine. I will be heading out NOBO March of 2016. Stay tuned because this could get interesting!