A Cautionary Tale of Statins, Thru-Hiking, and Rhabdomyolysis

Editor’s note: The information, including but not limited to, text, graphics, images and other material contained on this website are for informational purposes only. No material on this site is intended to be a substitute for professional medical advice, diagnosis or treatment.

I am writing this as a cautionary tale to all those thru-hikers who, like me, have been prescribed statins on the advice of their doctor. I took two kinds of statins on my doctor’s advice, and it cost me my thru-hike and nearly much, much more.

But before I get into just what happened and how, I want to put things into context and tell you a little about me. On the advice of my doctor, I began to take statins some five years ago. We (that is, generally older people) take statins to manage otherwise high cholesterol levels. I was prescribed a combination of statins: one to decrease bad cholesterol and fats and increase good cholesterol in my blood, and the other to reduce the amount of cholesterol absorbed by the body from the food I eat.

Ed. Note: We are hikers, not doctors. This advice is not intended to be a substitute for professional medical advice, diagnosis, or treatment. Always seek the advice of a qualified health care provider with any questions you may have regarding a medical condition.

I had planned to hike the AT in 2020 and secured a US visa. It allowed for a continuous stay of six months at a time and was valid for five years. Great! But like many people, COVID and the travel restrictions that were imposed put paid to that. So, I set my sights on 2021 and then 2022. In early 2022, all the signs were looking good; airlines were opening up and borders coming down. I went along to my doctor.

I told him what I had planned and asked if I needed these pills at all. He assured me that I did. I asked if they would be OK given what I was planning. He was unambiguous. “No worries,” he said. So I went along to the pharmacist, secured a six-month supply, and added them to my pack.

But how wrong he was! 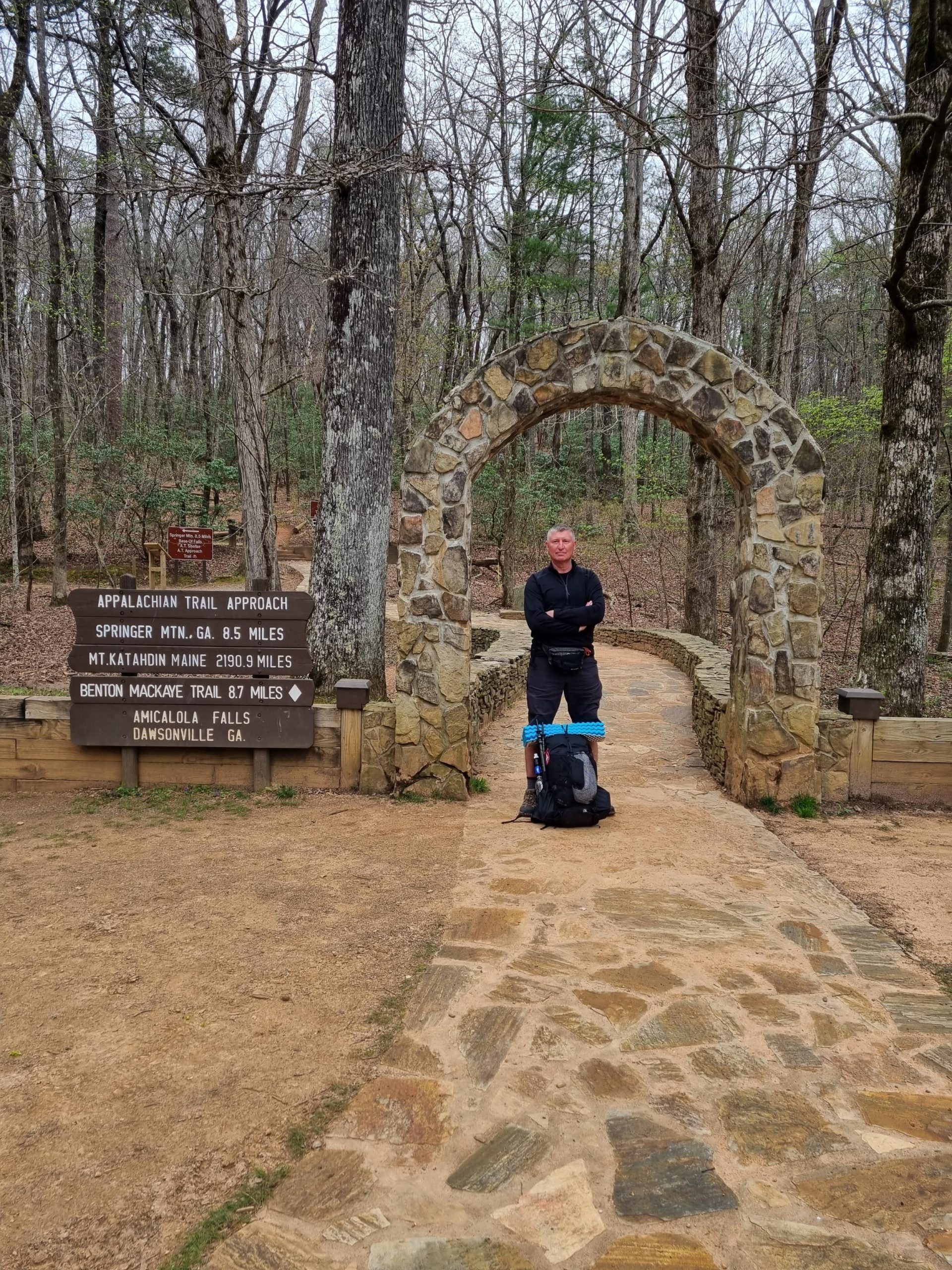 The author at the start of the Approach Trail, Amicalola Falls, GA, April 10th, 2022. Courtesy of David “High Route” Mason.

I started the AT on April 10th and decided to leave the trail on June 10th at Route 60. According to AWOL, I was at mile 809.1 and still 1384 short of Mt Katahdin. Why did I get off? It seems that the mix my doctor prescribed was actually, slowly and inexorably, poisoning me.

I got off because I was as weak as a kitten, my muscles melting from my body and pissing Coca-Cola. At night I sweat and woke wet, smelling of ammonia. And how did I end up like this? Because I was poisoning my body with doctor-prescribed statins. Every morning, I would take a pill that was supposed to lower my cholesterol count—but instead of saving my life, it was killing me.

How do I know this? I know it because I have run 75-minute half marathons, marched with the French Foreign Legion, and walked across Australia. In other words, I am pretty familiar with what my body can do.

On the AT, I was hiking around Hobble-it and Dingleberry, Bumblebee, Cricket, Strider, and Sonic. Great guys who were gentle with me. They would discreetly check in on me with questions like, “man, how much weight have you lost,” “are you having trouble,” or “are you OK?”

“I should have listened to my body.”

And me? I could not understand what was happening to me. I was fit before I left Australia and in the early part of the AT was in good shape. But somehow, instead of getting leaner and stronger, I was getting skinnier and weaker. Of course, if you are like me (and I know many hikers are like this), you question your own assessments. What’s causing this? Surely I can’t be getting weak. It’s all in my head. Maybe I’m just getting soft and old.

But I should have listened to my body. And I should have asked for medical help. I didn’t, and I got worse. So bad, in fact, that when I got to Stanimal‘s place in Glasgow, I tried slackpacking for the first time. After all, I thought, if I could only be a bit gentler on my body, it would recover. Good thinking, but no such good outcome. Charlie dropped me off at Route 60, and I hiked back to the pickup near the footbridge across the James River. 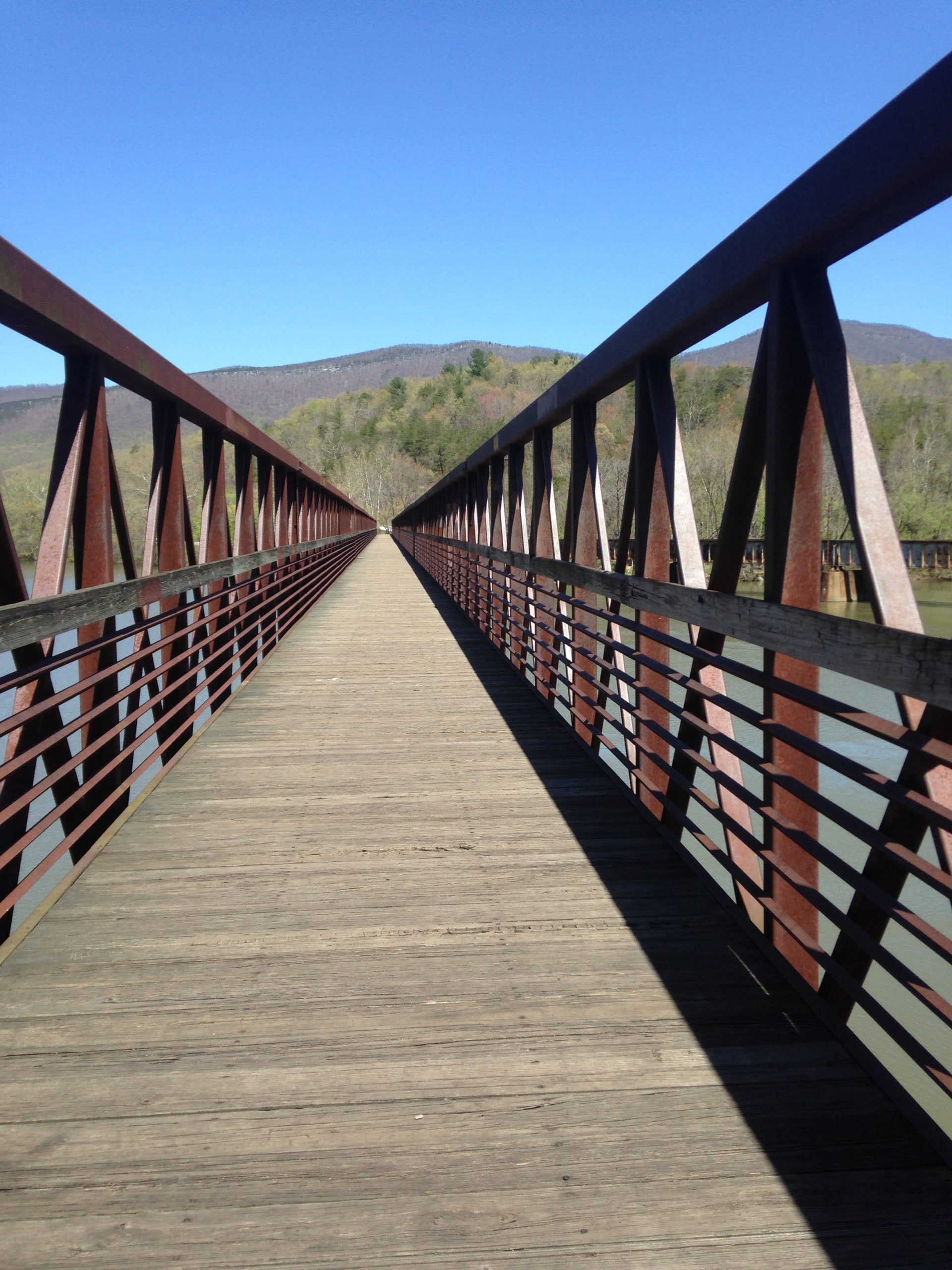 Along the way, I realized I was done. Just after the Lynchburg Reservoir, I had to stop, and it was then I became frightened. My body was even weaker, and I was doubting whether I could make it the 20 or so miles. My legs felt like rubber, empty of the power to drive myself forward. But I did keep going dragging myself beyond Bluff Mountain and greeted Anvil, Sunny, and Luna as they passed by me headed north.

I just made it to the pick-up point and waited a short while for Charlie. I sat by my pack a shattered, disappointed, and empty man. Was I really finished? I knew I was. I was headed home, back to Australia.

It was after a few days, sitting with a doctor in the local clinic, that I had the news. I told him about what had happened, including the symptoms. He asked me if I felt OK now, and I had to say I was feeling much better, but then I was not hiking or even running. My wife said I had to put on 20 pounds before she would let me into bed with her.

He turned and brought up my file on his screen. He stroked his chin, pulled at an earlobe, and said, “well, umm, it seems that we have given you something we should not have.” According to him, there’s a link between some statins, some people, and extreme physical activity that can dissolve your muscles—a condition known as rhabdomyolysis. He took me off the statin that reduces the body’s ability to absorb cholesterol, instructing me to have a blood test in six to eight weeks and see him a week after that. So I did, and you can be certain that I nervously awaited the results.

Ed. note: Rhabdomyolysis is a rare side-effect of some statin drugs and can also be brought on by extreme physical exertion (among other possible triggers).

On the day of my follow-up, I sat in reception and for too long wondered whether my kidneys would be OK. After all, the statins in my body had caused my muscles to dissolve into the bloodstream to be filtered through my kidneys. No wonder I’d been pissing Coca-Cola. Too often, a rhabdomyolysis diagnosis means damaged kidneys and even the need for a transplant. I did not want to think too hard about that.

Fortunately, the doctor sat me down and told me I was once more a picture of health. Everything was working as it should. After all, “kidneys are very good at regenerating themselves.”

So I am OK. Sure, that’s great, but it does not change the fear and uncertainty I carried for too long. And if there’s anything I have learned, it’s this: if something untoward, unusual or unexpected happens to your body, do not be a complete idiot and ignore it. Don’t think that you are soft. Get advice!

And the second thing I have learned is to do your research, ask questions, and if you think you need to, get a second opinion. Your life might just depend on it. 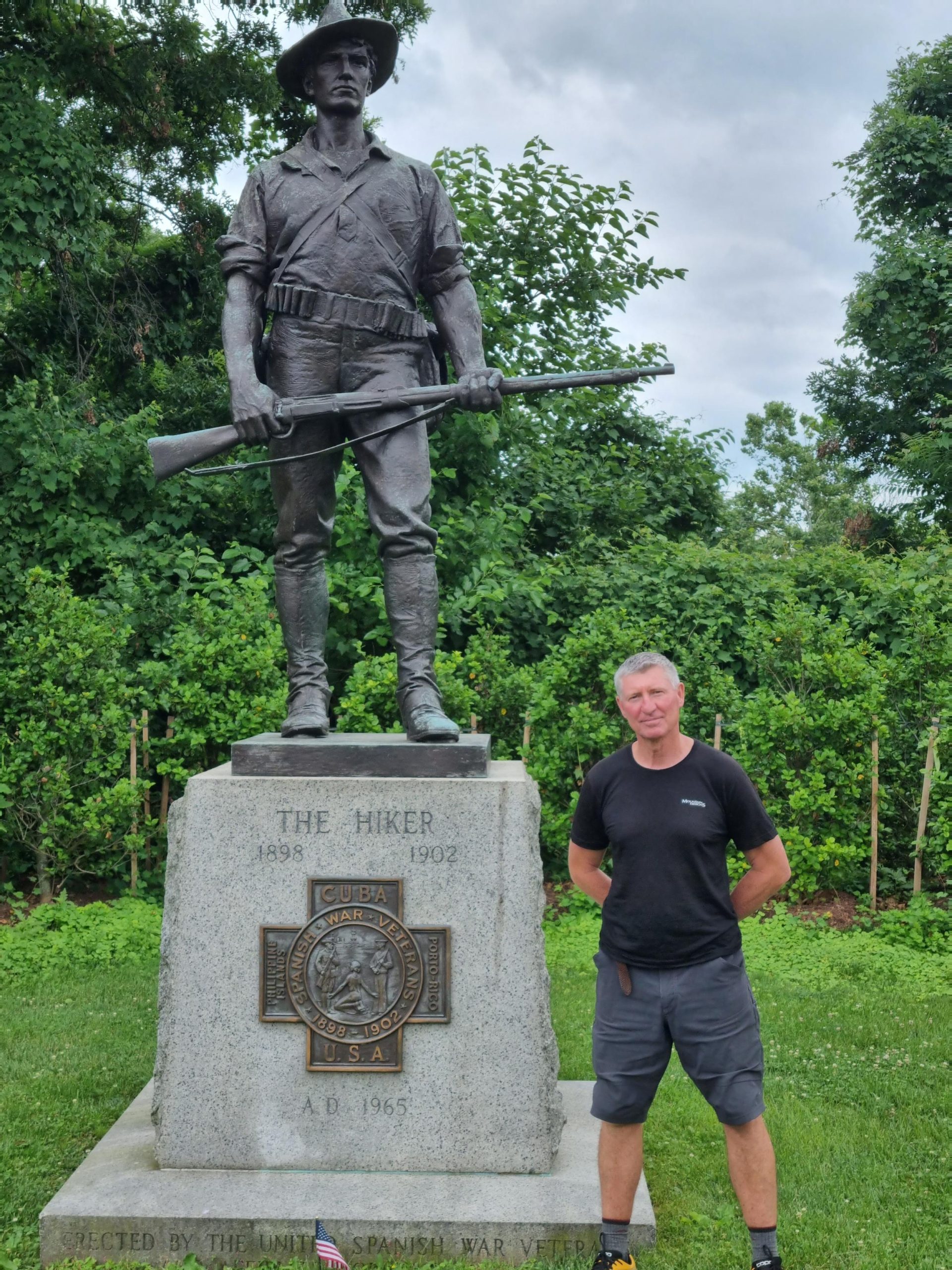 David “High Route” Mason is a 62-year-old Australian lawyer, ex-Foreign Legion paratrooper, and officer in the Australian Defence Force Reserve. He is also the first and only person to have walked across Australia at its widest points.