Yesterday, construction on the Mountain Valley Pipeline (MVP) in Newport, Virginia was slowed when an activist locked herself to construction equipment. Alice Elliot, with Appalachians Against Pipelines, spent four hours suspended from a crane in the pipeline’s right-of-way, before being extracted and arrested.

“By locking myself to this equipment,” Alice said in a statement before taking action, “I’m stopping MVP from using it and costing them tons of money, but this is just one form of resistance. Being arrested while doing lockdowns is often glamorized and upheld as the ultimate way to be an activist, but all kinds of resistance are necessary and happen every day.” 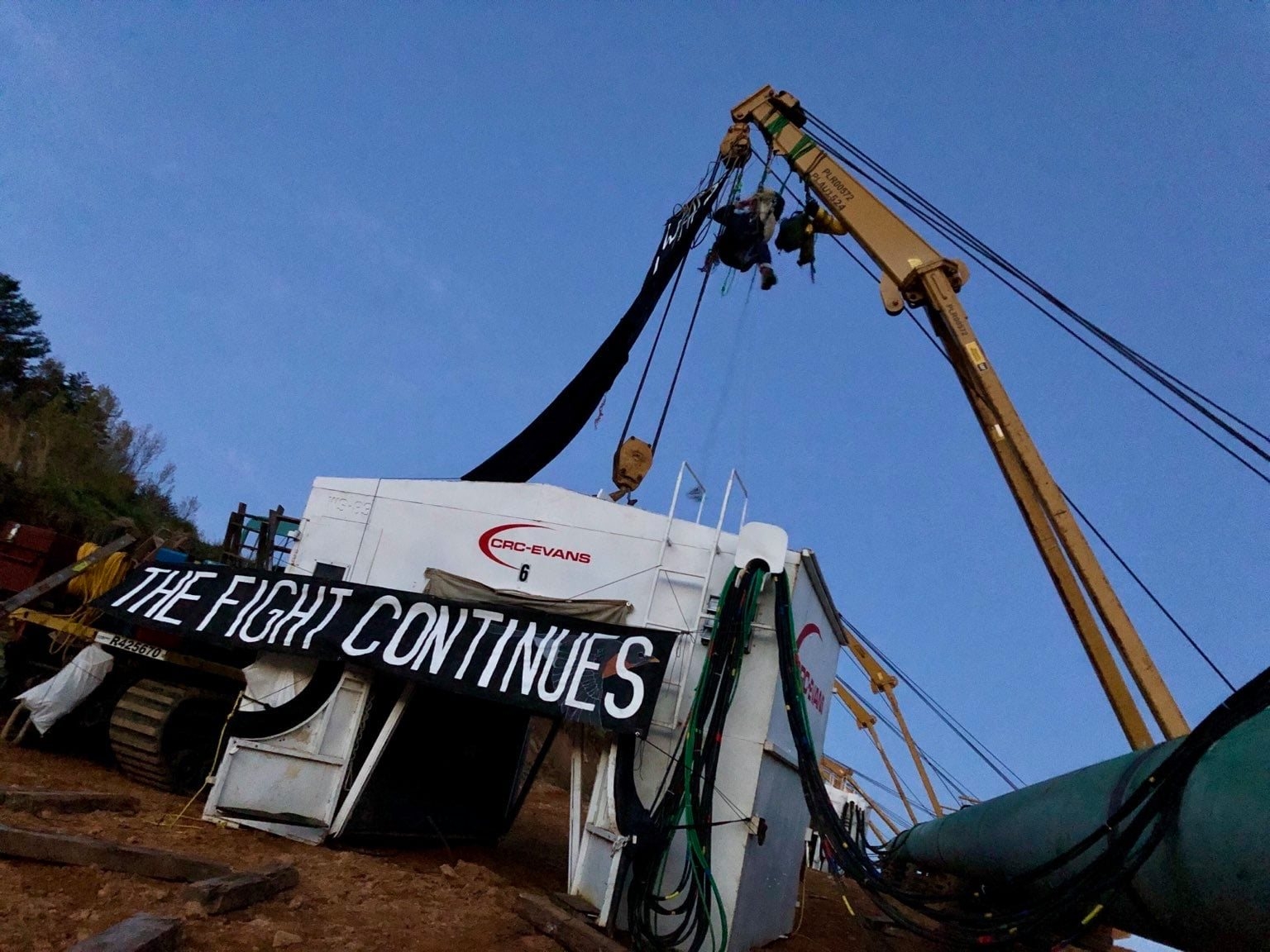 Her statement, released on the group’s Instagram, went on to say, “From long-term jail support for incarcerated people, to labor organizing at warehouses and factories, to fighting for police abolition, to babysitting and organizing childcare at actions, many different routes are being taken to revolution. Even something simple, like someone taking the leap to go to therapy and work on their shit — that matters.”

Mountain Valley Pipeline has not responded to a request for comment. 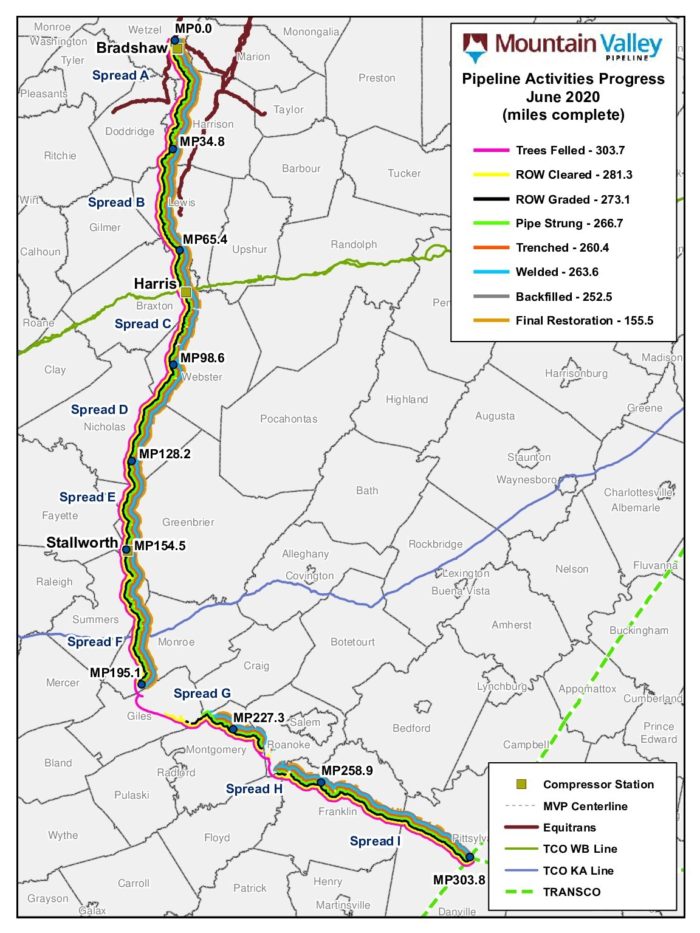 Not First Clash With Activists

Elliot’s action is just the most recent in a long-standing fight between activists and the pipeline. March 24th marked the end of a 932-day blockade of the pipeline in Montgomery County, Virginia. Tree sitters off Yellow Finch Lane spent over two years rotating in and out of the trees to continuously block the path of the pipeline. The last two tree sitters, who were extracted and arrested in March, are currently being held on misdemeanor charges without bail.

In another effort to halt pipeline construction, over 60 environmental groups penned a letter to the Biden administration yesterday urging him to suspend Trump-era permits that were extended to the Mountain Valley Pipeline.

“MVP’s construction impacts to date have already caused irreparable harm to landscapes and clean water,” the letter reads. “All this devastation is completely unnecessary. MVP is one of the last mega-gas pipelines promoted as part of the shale gas boom in our nation—a remnant of a dirty and destructive fossil fuel history that should be left in the past. There has never been any genuine documented need for this pipeline.”

The group goes on to urge Biden to take “aggressive action” to follow through on the executive order he signed on his first day in office to protect public health and the environment and take action on climate change.