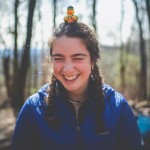 An Overview of New England on the Appalachian Trail

While I have been hiking in Maine, I have spent a lot of time reflecting on the last couple of months. This hike has gone by fast and slow at the same time with lots of ups and downs.

I left off my day by day blog entries just as I entered New Jersey so I decided to pick up there with an overview of “New England.” I know New Jersey and New York aren’t considered New England but in my head they are so I’m including them in the overview.

I left Delaware water gap on a rainy and cold morning. It was such a bummer to get soaking wet right after a zero but that’s how the trail works. I hiked ahead of my tramily to get to a road to meet my dad the following day. I was so excited to see my dad since it was the first time on trail seeing him. 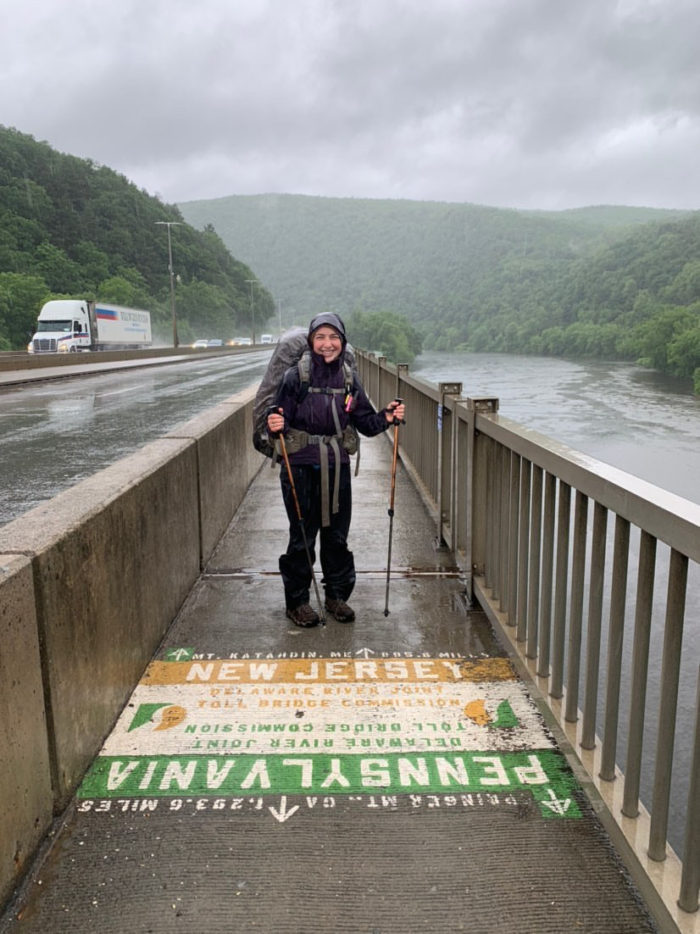 My dad and I hiked 13 miles in the cold rain. It was the first time I wore gloves in over a month and I was not happy about it. Having him to hike with made the day so much better and I definitely wouldn’t have made it 13 miles without him. 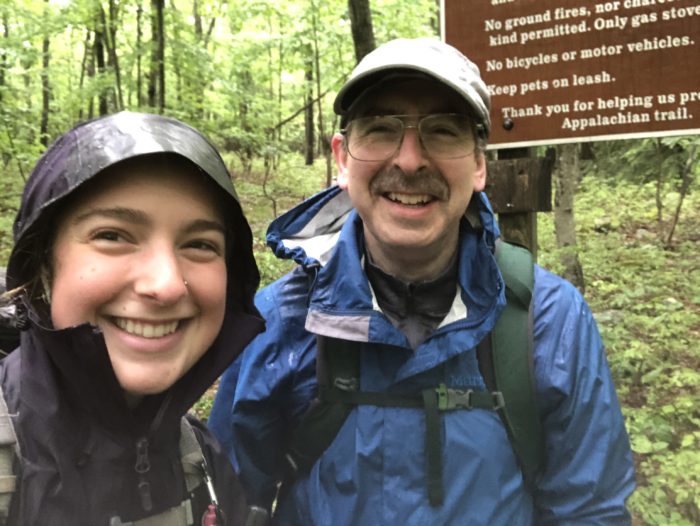 Me and my dad

Although my mental game was strong after leaving Pennsylvania behind me I was longing to reunite with my tramily as soon as possible. I felt so accomplished to have left rocksylvania still in one piece and could see my home state of Massachusetts in sight which kept my spirits up.

After three cold and rainy days in a row, I arrived in Unionville where I resupplied and finally reunited with Lady Bird, Shaun, Lindsey, and Shades. I picked up new Oboz boots from the post office (I had my first pair since Neels Gap at mile 30!!) and we hiked five miles out of town to a shelter before deciding to stop for the day. 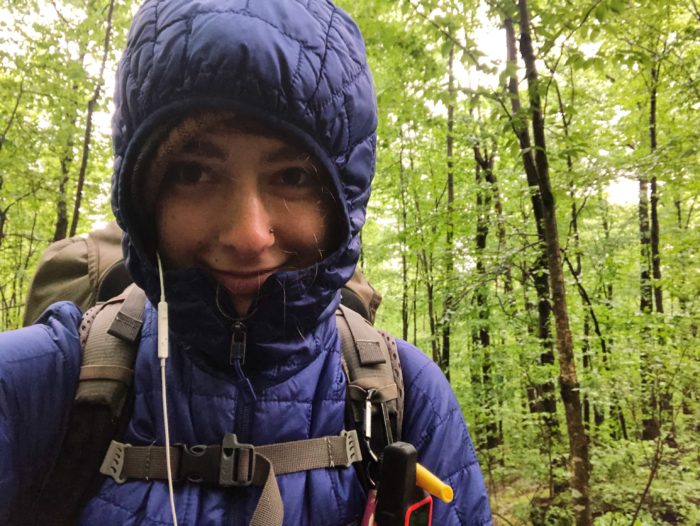 All bundled up because it was so cold out

The next day we woke up bright an early with big miles and ice cream on our minds. Our goal for the day was 24 miles with a farm stand eight miles in and an ice cream shop 22 miles in. The farm was everything I had dreamed of. I ate a whole danish which was the size of my face. I then hiked up the stairway to heaven which was hard but manageable. The terrain started to get more rocky and before I knew it I had completed another state! 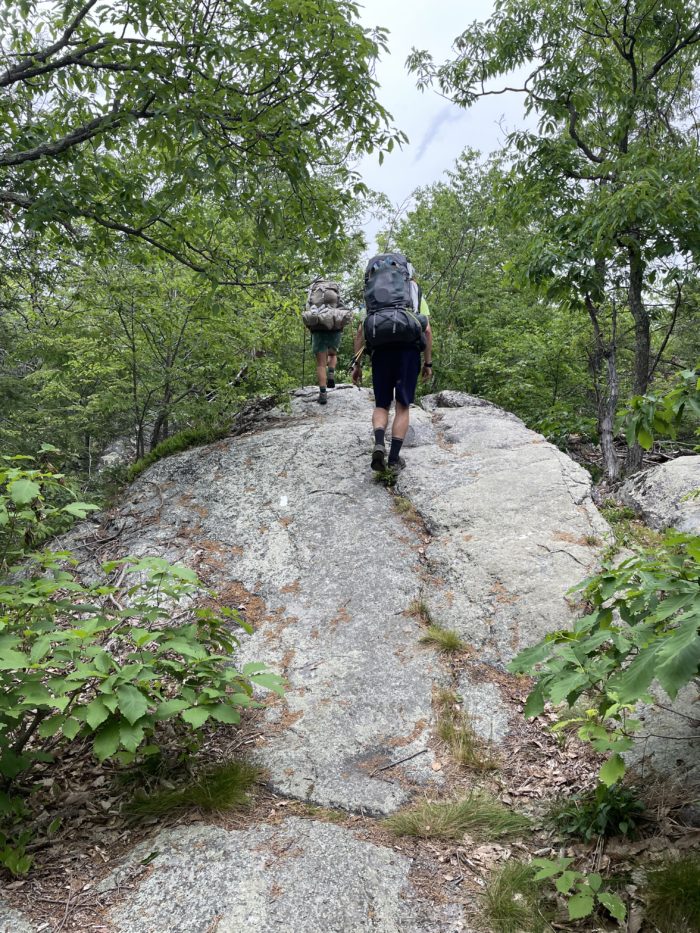 Around 4pm we entered into New York. It was so fun having the tramily all together to celebrate. With five more miles to ice cream, we tried to pick up the pace. 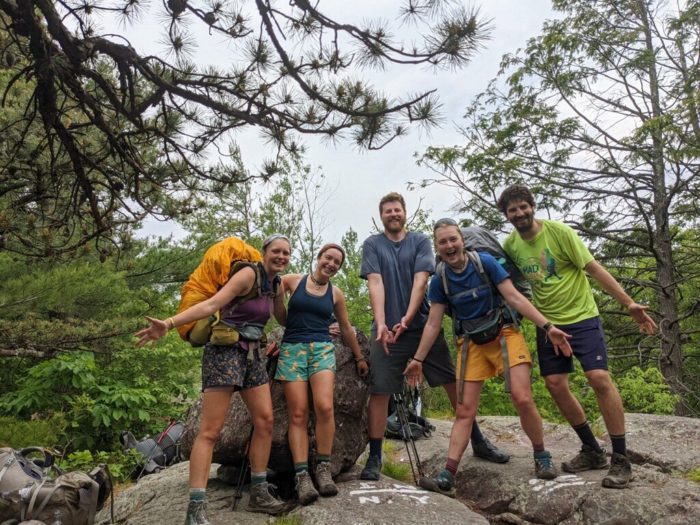 At the NJ/NY border with Lindsey, Shaun, Lady Bird, and Shades

The terrain was extremely rocky and everyone was low on energy. Shaun and I got ahead of the group and we had a great conversation about what we wanted out of our futures. The last few miles went by fast since I was so involved in the conversation. The ice cream shop was delicious but I was so exhausted it was hard to enjoy the treat. 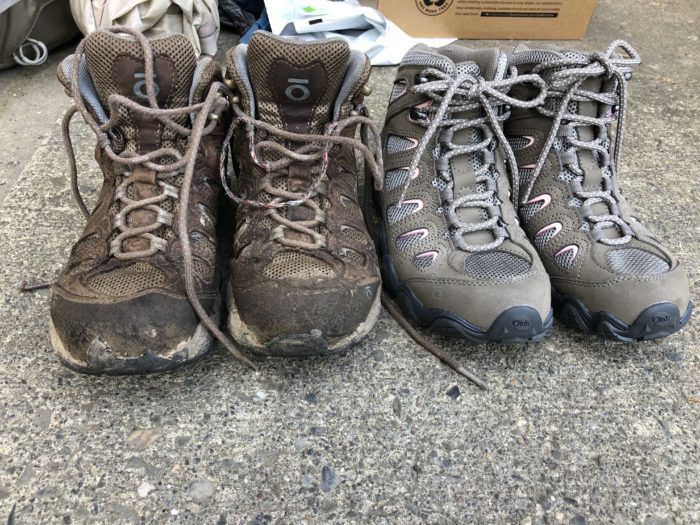 We did the last two miles to camp just as it was getting dark out. I set up my tent in the dark with moths flying at me from every direction. I had trouble falling asleep because my feet were throbbing so much, but finally after taking Advil I drifted off to sleep.

In the morning as we were packing up our tents, Shades announced that he was getting off trail. We all got quiet and stared around, unsure how to react. I had known that his ankle had been bothering him, but it had never occurred to me that he would quit. We said a tearful goodbye, and me, Lindsey, Lady Bird, and Shaun continued on without him. 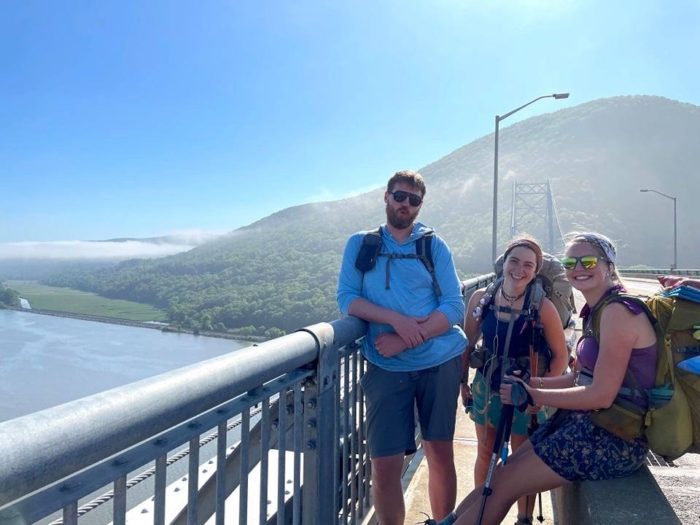 I spent the next four days hating New York. The constant ups and downs combined with annoying rocks and roots made me really tired and grumpy. The climbs were steep, and the days hot. The only upside of New York were all the delis. I was able to stop and get a cold drink and a sandwich almost everyday. 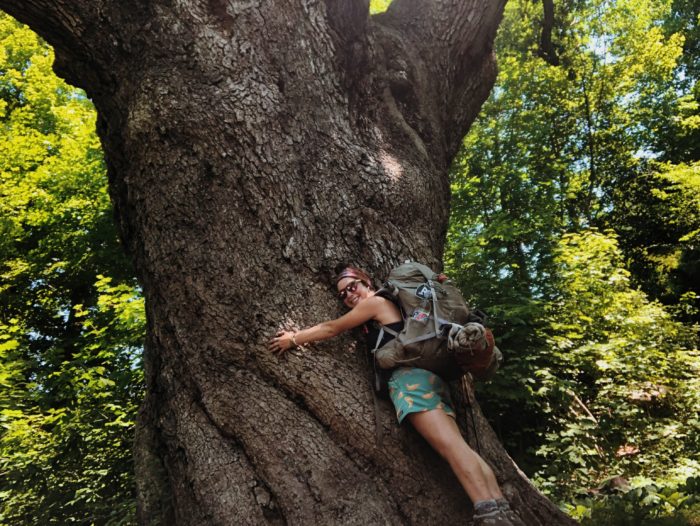 The oldest tree on the AT

On the final morning of New York, Feather offered to slack pack me. It was my first time slack packing and it felt amazing! Not having a weight on my back was amazing and I was able to keep up with Shaun going uphill.

As I crossed from New York into Connecticut, I gave a sigh of relief. The sign said “gateway to New England.” I was now one state away from home territory! 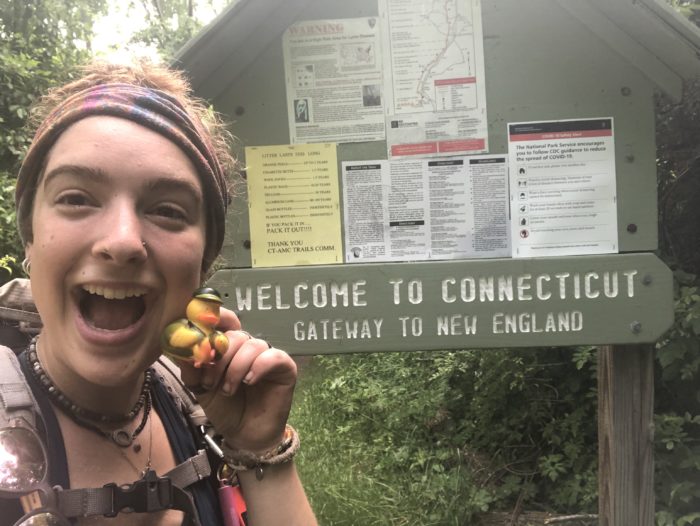 A huge thunderstorm rolled in on the first afternoon of Connecticut. Shaun and I ran to a shelter. We were able to smell the ozone from the lightening and the sound of the thunder was deafening. We passed by another hiker who was sitting on the side of the trail under his umbrella. As we hiked by he said “I’m trying to decide if god prefers a stationary or moving target today.” It made me laugh but I was ready to get away from the lightening. Once safely in a shelter, we waited for Lindsey and Lady Bird.

Once we regrouped, we decided to split a motel room in Kent. All I wanted was a washing machine and a warm shower. My wishes were granted when we got a ride from the cousins grandmas sisters daughter to the motel! 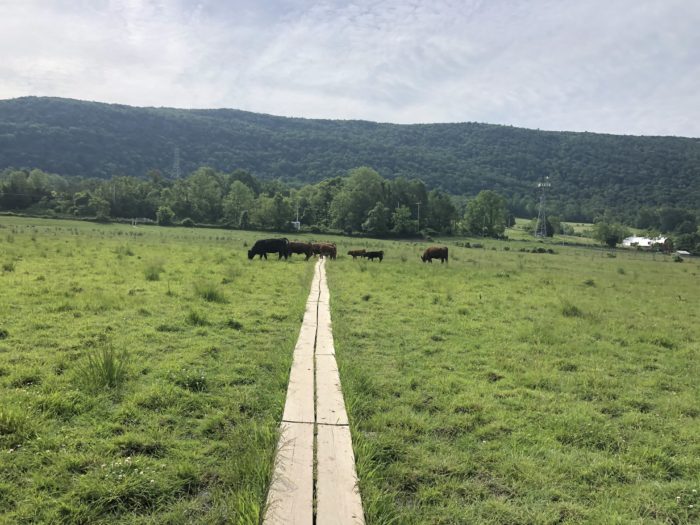 The next couple three days through Connecticut were hot and mentally challenging. I spent a lot of time crying and annoyed at myself for not hiking fast enough. I was so happy to be with my tramily because their encouragement and positive attitude made each day so much more bearable. 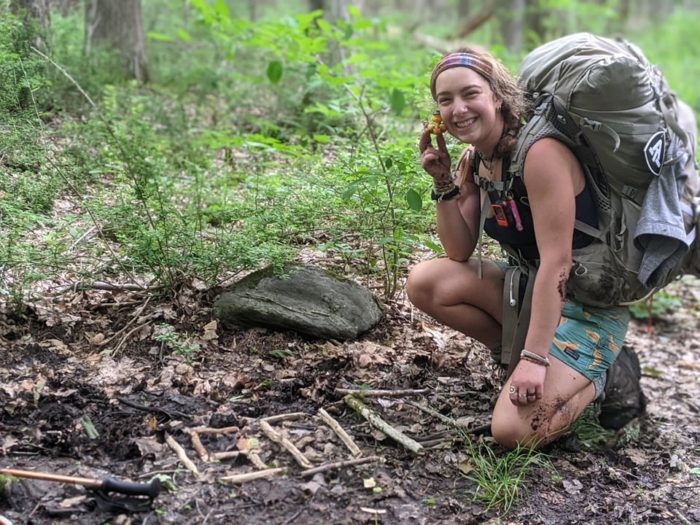 One of my favorite memories from Connecticut was all the caterpillars. While sitting in a shelter, I thought it was raining but it turned out just to be caterpillars pooping. Later that day, I had to pick off 14 caterpillars before sitting down on the privy. While hiking with Shaun, he dared me to eat caterpillar poop. Of course I did it.

When I finally reached the Massachusetts border, I was ecstatic. The next 90 miles were all going to be familiar!

I spent Massachusetts seeing friends and family, and hiking alone. It was just the mental boost I needed after Connecticut and New York. 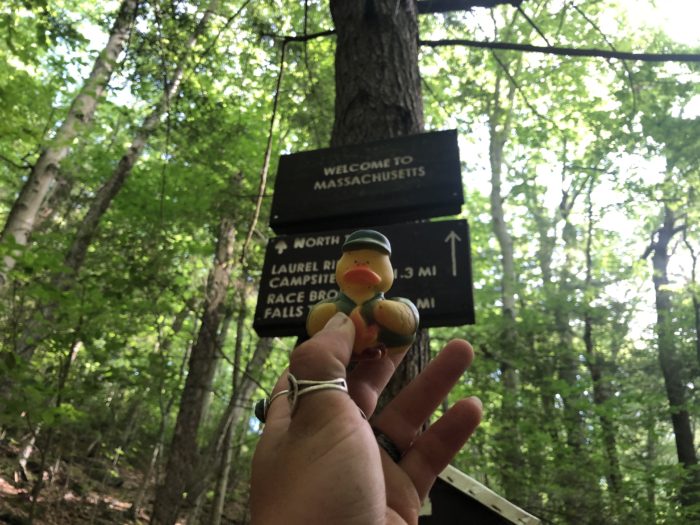 My friend Arielle picked me up on my first day in Massachusetts and we spent the evening catching up and eating ice cream. 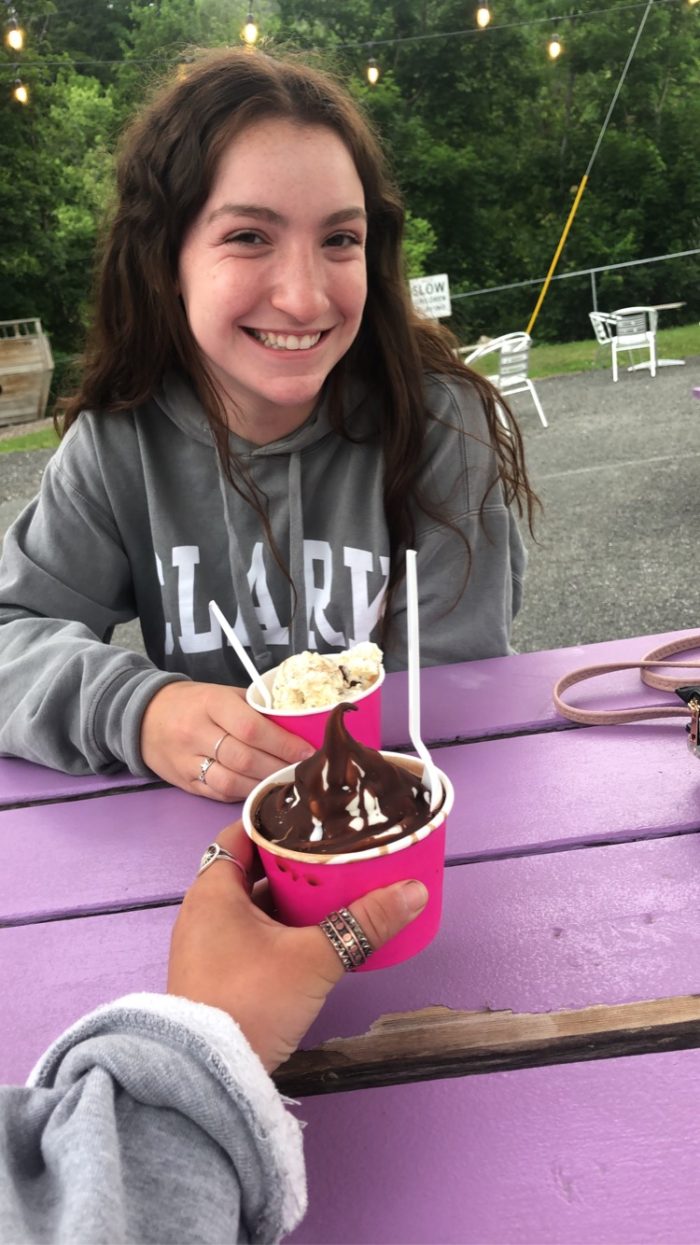 The next day my twin brother Seth and other friend Simeon surprised me and I got to spend the whole day hanging out with them. They hiked with me back to the campsite that evening. It was such a fulfilling day full of laughter and fun.

I then spent two days hiking alone. It was fun being able to get up with the sun and then find somewhere to stealth camp when I got tired. I found some beautiful campsites just by looking around whenever I got to a water source. 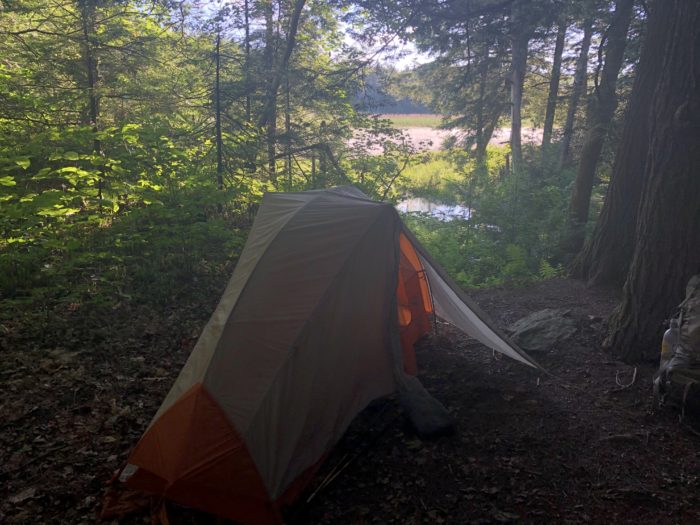 My mom picked me up in Lee and I spent the day zeroing with her. It was so fun hanging out and eating lots of food. I also enjoyed getting dinner with her and my tramily.

My mom hiked with me for a mile before leaving me to continue on solo. I was sad when she left but knowing I was going to see her in New Hampshire made it easier. The rest of Massachusetts went by fast.

Before I knew it, I was on top of Mount Greylock, the highest point in Massachusetts. 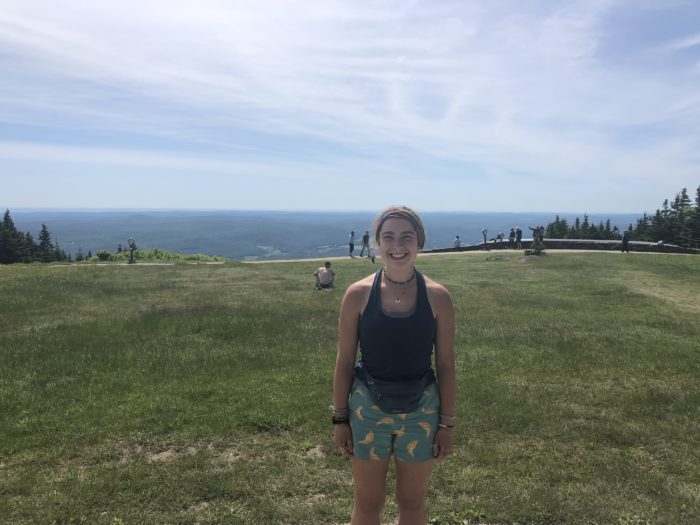 On top of Mount Greylock

I hiked into North Adams and went to Mass MOCA with Lady Bird, Shaun, and another hiker I had never met before named Booca. It was fun using my brain in a different way and bonding with my tramily over the art. It was the perfect way to end my home state. 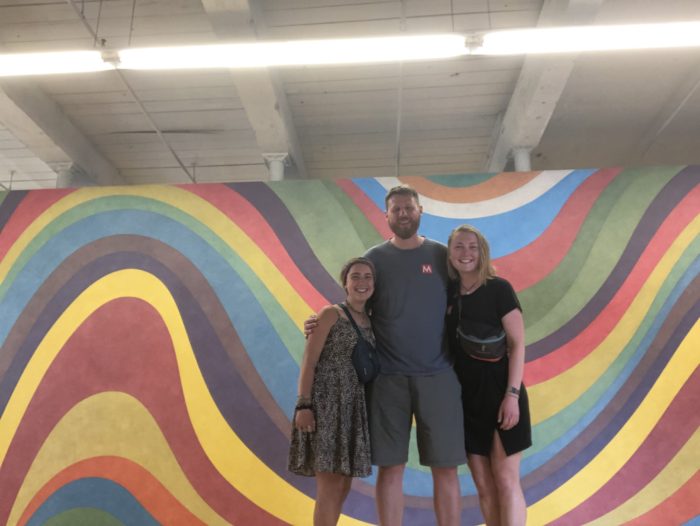 At Mass Moca with Shaun and Lady Bird

With only three states left, the trail was flying by! I was excited that I had the beautiful hiking still ahead of me. Although New England was hard mentally, it was full of beautiful rolling hills of pine forests, amazing friends, and great memories. The crying made me stronger, and as I crossed into Vermont I felt prepared to take on the hardest hiking yet.

My body and mind are changed, and I am ready for my soul to go through the same transitions on the last leg of my journey.

Hi, I'm Hannah (a.k.a. Spring). I enjoy going for long walks in the woods with my rubber duck and deciding whether my cheese is too sweaty to eat after it has sat in my pack multiple days. I graduated high school last year and am taking a gap year in order to spend as much time outdoors as possible before I go back to school. I'm thru-hiking the Appalachian Trail NOBO starting in February and can't wait to see how many pounds of swedish fish and gummy worms I consume while on the trail.