The Brink Road Shelter at northbound mile 1321.8 on the Appalachian Trail (in New Jersey’s Stokes State Forest) is temporarily closed after a black bear reportedly tried to enter a hiker’s tent on Wednesday night.

“Hikers should plan their itineraries accordingly to avoid camping at the shelter until further notice,” the New Jersey Division of Parks and Forestry announced in a Facebook post on Thursday.

“The bear showed no fear of humans and reportedly entered the shelter,” the Appalachian Trail Conservancy advised in an alert on its website. “It is not known if this is the same bear reported near Millbrook-Blairstown Road. All area visitors should use caution and avoid the shelter, including for breaks. Hikers should plan to fill up on water elsewhere.”

Hikers can find camping and reliable water at Gren Anderson Shelter roughly six miles north of Brink Road Shelter. South of the shelter, there is a dry tentsite at northbound mile 1317 and a reliable stream at mile 1318.

The tenters involved in Wednesday night’s bear encounter may have been thru-hikers: an employee at an outdoor store in Branchville, NJ who spoke to the hikers the morning after the incident told PennLive that after picking up a tent repair kit, the pair “got back on the trail and headed for Maine.”

Bears on the Appalachian Trail

This is far from the first time authorities have temporarily shuttered an Appalachian Trail Shelter due to bear activity.

New Jersey has one of the highest bear concentrations on the AT. Virginia’s Shenandoah National Park and North Carolina/Tennessee’s Great Smoky Mountains National Park are also top contenders.

READ NEXT – Black Bears and Thru-Hiking: Your Questions Answered

Although Brink Road Shelter is better known among thru-hikers for intense mosquito activity than for bears, users of the thru-hiking navigation app FarOut have reported black bear activity near the shelter in recent years. “Just had two black bears walk up on me about .5 (miles) from the shelter and they didn’t give a fuck about my yelling. The bear activity is impressive,” one user commented on the Brink Road Shelter waypoint on June 20th, 2021. No users had commented about bear activity so far in 2022.

The Brink Road Shelter, like all other official AT shelters in New Jersey, has a permanent food storage locker. 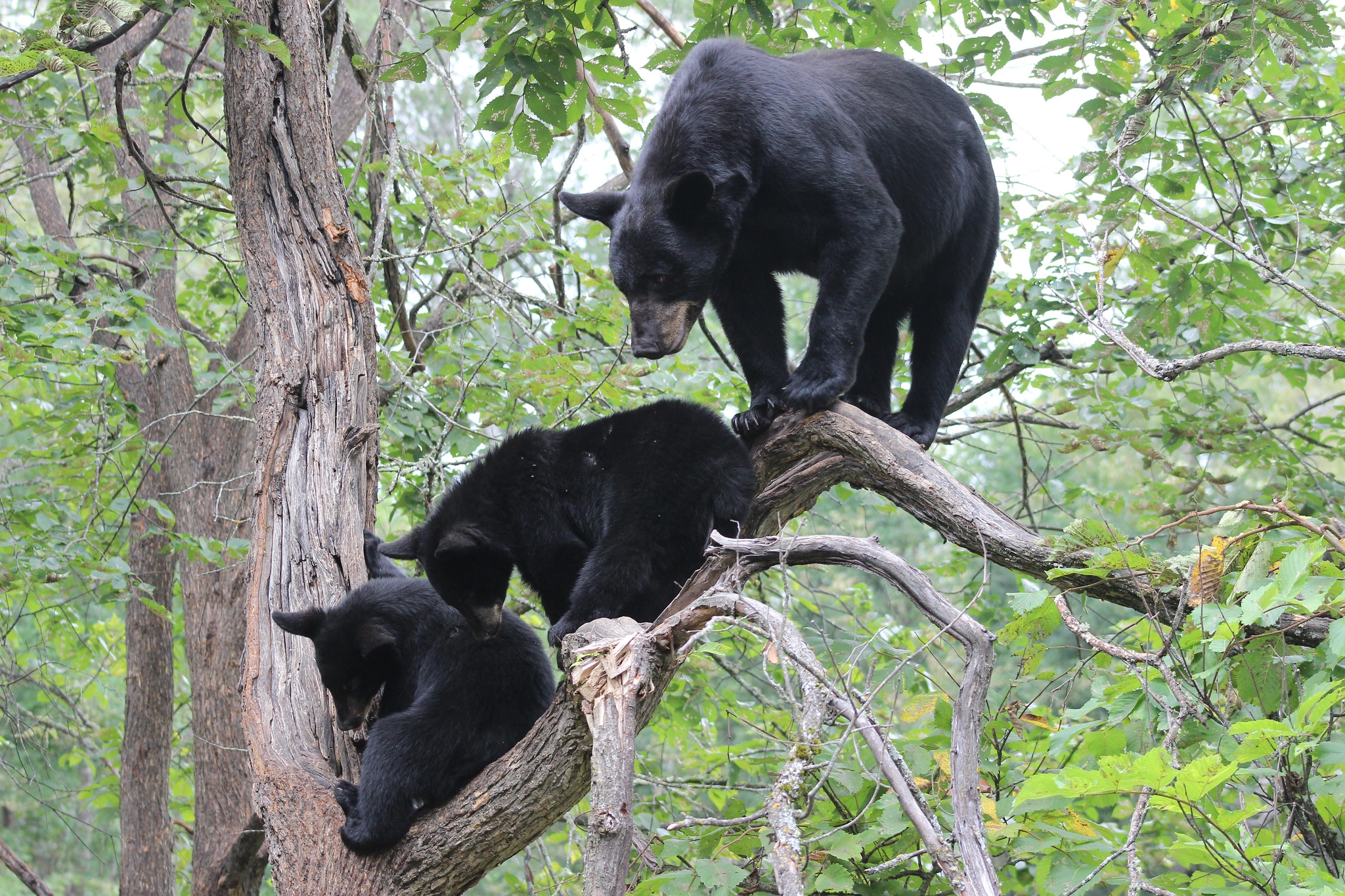 Responding to the announcement of the closure on social media, some users blamed the situation on New Jersey Governor Phil Murphy’s controversial decision to end the state Fish and Game Council’s annual bear hunt in favor of non-lethal population management techniques. Others argued that irresponsible hiker behaviors (like leaving food and trash unsecured on the trail) are to blame.

Hikers should always secure food and other smellable items (such as chapstick) overnight. This is for their own safety as well as that of the local wildlife. Wildlife managers often have to relocate or euthanize “problem bears” for the sake of public safety.

The Forest Service recommends the following procedures to reduce the risk of a close bear encounter: