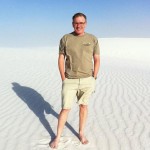 As They Say, This is Not My First Rodeo

In 2016, I made a thru-hike attempt.  It was the traditional NOBO from Springer.  I started on February 25th, a day filled with excitement and fear.  I’d been a member of the Appalachian Trail Conservancy since I was in my 20s. It was called the ATA back then, I think.  I had backpacked all of the AT in Shenandoah National Park, the Presidentials,  the AT in Great Smoky Mountains National Park, and a section hike in Vermont.  Beyond the AT, I had backpacked in Alaska, the Canadian Rockies, Nepal, and all over Virginia, Pennsylvania, Maryland, Arizona, Utah, California, and West Virginia for, literally, decades.   In other words, I knew how to shit not only in the woods but also in the desert and, at times, in sections of the AT that literally runs past suburban back yards in Pennsylvania.  I’d backpacked for 31 years. I was a veteran backpacker.  Just ask me.

The AT Allows for Adjustments

Consumed would be an understatement to describe the number of books and videos I read and watched to plan for my thru-hike.  I knew the suggested gear lists from former thru hikers and read every gear review I could find.  I used Lighter Pack to plan and replan my gear list.  I was close to being on a first name basis with almost every clerk at the local REI.  I returned so many things to Amazon that I had to start paying for returns.  Honestly.  I went through multiple brands and models of tents, packs, and clothes.  In short, my planning really reflected my neurotic need for checklists and, let’s be honest, control.  Plan, plan, plan, and then replan.  In retrospect, it was a ridiculous effort to make the unpredictable predicable.

Here is the problem.  In addition to good planning, and I am not trying to understate the value of planning a 5- to 6-month trip, a thru-hike requires a high degree of flexibility.  And in reality, of the major backpacking trails in the USA, the AT is likely the most forgiving major trail in the country for bad planning.  Trail towns, mail drops, hostels, and outfitters are readily available on the AT.  There is room for making adjustments that you just will not find on the CDT or even the PCT, for example especially with a NOBO hike.

Thru-Hike Day 1 and Beyond

I continued north through Georgia and found a tramily and friends.  I crossed Fontana Dam and managed to get through GSMNP despite the AT being a sheet of ice (pack your MICROspikes or Yaktrax) from Clingman’s Dome north until we almost exited the park at Davenport Gap.  However, my chronic foot pain was clearly becoming an issue.  My feet ached after 10 miles and the pain was increasing and the number of tolerable miles was decreasing.  When I exited GSMNP, I cried uncle and called a shuttle when I hit I-40.  I flew home from Knoxville.  Really, there was an equal issue of my head and my lack of flexibility that impacted this decision – more on this in future posts.

I got home and stayed a few weeks but decided that I had made a giant mistake.  My time on the trial was excellent. I met some excellent people, my tramiliy.   My foot condition, a genetic disorder that causes collagen tumors on my connective tissue,  was unchanged, but I just could not quit yet, so back I went.

The remaining miles that I did in 2016 were a bit like A Walk in the Woods, a book and movie that I pretty much detest.  However, if I wasn’t going to finish, I was going to have fun and leapfrog around, hike with friends and relatives, and enjoy it until the pain got to be too much which happed in Tuxedo, NY.

My trip from Tuxedo to home was, well, interesting.  I took a bus from Tuxedo to New York City.  From there, I took an Amtrak train to Savannah, GA where I met my husband, Eric, who was at the beach with his family.  We then drove back to Phoenix from South Carolina by way of the Upper Peninsula of Michigan, Mount Rushmore, Badlands National Park (amazing park), and a lot more.  I never skip any opportunity to change a boring drive into an adventure even if that doubles the mileage. Eric was able to now say he had visited all 50 states, and I was up to 47.

So What is the Point?

In short, there are a few key points here:

When I got home, I went to my foot doctor who recommended a restorative surgery.  It fixed my feet for now.   Since then, I have done trips up to 300 miles long and have backpacked in the USA, France, and the UK including a recent 154 mile hike on the AT.

My “failed” 2016 AT thru-hike was indeed a failure to meet my one and only goal when I started out heading south toward the southern terminus on that snowy morning – getting to Maine.  What I learned, and I learned deeply, is that the AT is a constant series of lessons.  At 56 years old, I learned that the AT provided more lessons on learning to be the most genuine and authentic me that I can be than anything else I know of.  It can be a kind teacher most of the time and a harsh teacher from time to time.   Regardless, it is a teacher that has few equals.

What I had to learn, and still need to do better at, is to be flexible and roll with the learning that the AT offers.

My name is David AKA Wazo. I'm a planning 2021 SOBO AZT thru-hike starting in the first week of October. This plan materialized after having to undergo some major abdominal surgery in May which forced me to cancel my plans to do a thru-hike of the PCT. I like to bike, hike, backpack, and read. I live in Central Phoenix. Every morning I get up to watch the sun come up with my little 16 pound dog, Louie, from our perch 22 floors above the city.