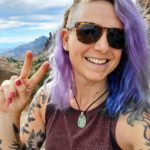 I made it y’all!!! I’m home after completing my thru-hike of the Appalachian Trail in 138 days between March 28th and August 12th, 2021. Now that I’m back, I want to share my thoughts and experiences with a few components of thru-hiking in hopes that it will be helpful to future thru-hikers. So today let’s talk about hitchhiking, resupplying and trail magic. 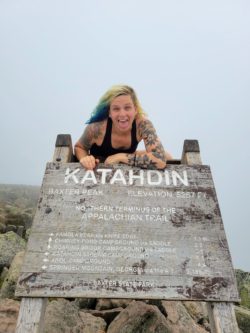 I’d never hitched before getting on trail and it was a source of anxiety. What happens if the driver is a creep? Getting into a strangers car just felt foreign and dangerous, but I knew I wanted to get over that fear and prove to myself that it was unfounded.

I’d say 95% of the hitches I got were friendly, helpful, kind people and my experience was positive (albeit often quirky). I met Griswold-style families on vacation, people who were late for work, backyard gardeners, backwoods hippies, North Face yuppies, drifting loners, and everything in between.

Expect lots of conversations about where you’re from, what made you decide to hike the trail, your favorite part of the trail, and how many bears and rattlesnakes you’ve seen. I appreciated people’s interest (and the fact that they were kind enough to pick me up) and happily obliged with all the trail stories or fun facts they wanted. You may be the first hitchhiker someone has ever picked up, so it’s like we are ambassadors for the AT and hitchhiking in general. I want people to drive away happy they picked me up, so they’re more likely to help another hitchhiker in the future. 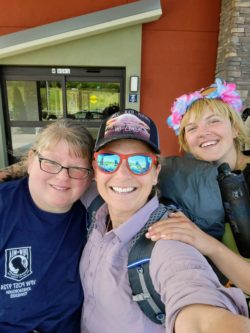 Me and Bowie with the amazing woman who gave us a hitch from Erwin TN to Johnson City TN where we took a Zero day and went roller skating!

As for that last 5%, I had to make judgement calls as I approached a car offering a ride and weigh the risk factors.

I turn down rides on occasion after seeing some red flags. Once, two men smoking weed in a car cat-called my hiking partner and I as we walked down the road. The men then pulled up next to us and insulted me after realizing I was trans. They still offered us a ride but I didn’t feel safe getting in so I quickly said “We’re good, thanks for the offer.” and kept walking as they sped off.

Drinking and driving was also a recurring theme amongst the hitches I got. This is one of those things people don’t talk about on trail, but you will likely encounter at least once if you hitch enough. If you see open/empty alcohol containers in the car, and especially if the driver is actively drinking, you’ll need to decide whether or not to accept the ride. I took rides with folks who were drinking on two occasions after I had assessed through a brief conversation that they didn’t seem intoxicated. That was risky, and I’m certainly not suggesting you do it. You’ll have to make your own choice based on how badly you need to get into town and the vibe you get from the person.

At the end of the day, if your gut is saying to walk away from a potential hitch, walk away.

Access to “real” food and healthier options for resupply is a lot harder to come by than you might think. Thru-hikers often resort to resupplying wherever is closest to trail rather than hitch, walk or shuttle to a distant grocery store.

Small local general stores were often my first stop in trail towns. If you’re lucky, these shops might have a deli attached, or maybe some fresh baked goods for sale. The draw back to these shops is that they are hit or miss as far as food selection and quality. You may run into more heavily expired and stale food than if you’re at a chain store, so be sure to check expiration dates. 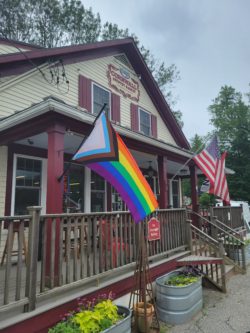 My respect for Dollar General grew while on trail. Many towns can’t sustain their own full grocery store, but Dollar General’s are a lot more common. They have a pretty consistent stock of products across the whole chain so you can usually find what you need (albeit not everything you want) once you have your resupply dialed in. 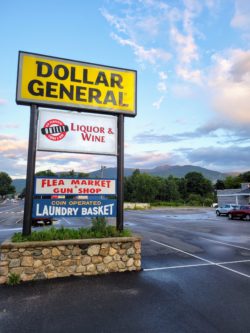 So majestic. DG in Gorham, NH.

I started with a stove and appreciated hot coffee and oatmeal in the mornings and dehydrated backpacking meals, Knorr sides, ramen, and mashed potatoes in the evenings through the first two months on trail. However, once the weather warmed up I found I wasn’t craving hot meals and drinks anymore. I could no longer justify carrying the weight of the stove and fuel just for an occasional hot meal, especially as we ran into more opportunities for “town food” in the mid-Atlantic and New England. I decided to send home my stove in Duncannon, PA and switched to an all “dry goods” diet.

See my instagram (@seltzerskelter) for a “What I eat in a day” picture, but basically it was lots of Met-Rx protein bars, Hostess and Little Debbie cakes, Slim Jims, Kind bars, Flavor Blasted Goldfish, and sour gummy candy. Those food were pretty consistent in my resupplies because they were common in all types of stores, and because I knew with 100% certainty that I would eat them, and the food that you will eat on trail is always better than “healthier” foods that goes uneaten at the bottom of your food bag for a month.

Hiker boxes are containers you find in hostels, hotels and other places. They serve as a “Take a Penny, Leave a Penny” for hiker food, gear, first aid and other odds and ends. These boxes are sometimes a source of trail staples like ramen, peanut butter, tuna and other common supplies that people tend to get sick of and be willing to give them away.

The drawback to hiker box food is that you can’t count on it. It’s also worth saying that hiker box food may be stale and/or rotten. I saw a half eaten bag of shredded cheese in the hiker box at the Hilltop Inn in Franklin, NC… I wonder if anyone ended up taking it, or even worse, maybe it’s still in there…

Food is expensive! I haven’t done a full budget breakdown but I can assure you food on trail is more expensive than you think. I often paid for the convenience of not having to find an additional hitch or long walk to get to a big grocery store, so for example you may end up resupplying at a gas station next to the laundromat you’re hanging at instead. It’s very possible to still do the standard  $1,000/month on trail budget for all expenses, but I’d suggest saving $1,200/month instead to adjust for rising cost of food, shuttles, hostels and hotels.

“Trail Magic” is when someone helps a hiker, and these people are called Trail Angels. Trail magic often consists of rides to town, food, a place to stay etc. Trail Angels are the glue that holds the AT community together. I remember stopping at Trail Magic early on the trail but not feeling comfortable lingering and chatting for long with the trail angels because of my own awkwardness and anxiety, but as the trail wore on I settled in. I’m so glad I did because in addition to their kindness and generosity, Trail Angels can be full of useful and interesting information, good stories, trail lore and solid dad jokes. 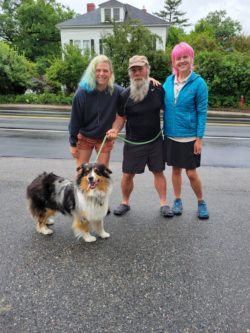 Me and Bowie with our friend (and amazing Trail Angel) Dreamer! He and his pup, Victory, supported us through the Whites <3

Get used to accepting help from people! Many hikers, including me pride themselves on self-sufficiency. While that’s a necessary skill to succeed on the AT, I also believe in accepting help from others to get the most out of your thru-hike. People will baffle you with their kindness and willingness to adjust plans and generally bend over backwards to support hikers, and most times you will owe them nothing in return. It may seem hard to believe, depending on the circumstances and culture you are used to, but try to internalize this fact.

Think about when you give a gift to a loved one… doesn’t it feel great to give them something they appreciate? That is how I think about my interactions with trail angels, I’m not a problem or a burden to them (unless they explicitly say so of course), I’m helping them express love and support towards me and my fellow hikers in a way that is comfortable for them, and for that I’m so grateful.

“One good turn deserves another.” I can’t estimate the amount of support I got from Trail Angels over the course of my thru-hike. I want future hikers to feel the same love from the AT community that I did, and I can’t wait to share that love next year. People don’t have to throw a banquet for hikers to be good Trail Angels. Something simple like giving away your Snickers to a famished hiker on top of a remote mountain can be just as impactful as buying them a meal in town that night.

As always, thanks for reading. All I can speak for are my own experiences, so I’d love to hear what people have to add as far as tips and stories. Follow me on Instagram @seltzerskelter and subscribe to future posts on The Trek by visiting my author page!

I'm a 34 year old sober, queer and transgender woman (she/her). In 2021, I thru-hiked the Appalachian Trail, the Bay Circuit Trail (FKT) and the Arizona Trail. I'll be thru-hiking the CDT NOBO in spring 2022. I'm a fiery Aries who runs on sour candy and caffeine. Follow my Trek!