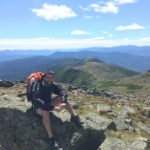 A Banana, a Pickle, and a Hot Dog Walk into the Grayson Highlands…

The Virginia Blues were looming. We spent a night in Bland, VA, to avoid some 40-degree rain, and I wondered if the town’s name was an omen of what was to come. After all, Shenandoah and the Virginia Triple Crown (Tinker Cliffs, McAfee Knob, and Dragon’s Tooth) were behind us, but there were still 120 miles to go in the longest state of the Appalachian Trail.

But SOBOs get the opportunity to hike on Halloween, and the perfect group of hikers coalesced as I pushed through Southern Virginia at the end of October. Sin, Griffin, Breezy, Sonic, Cool Boi, and Smalls injected some joy into my hike when it was badly needed. Our Halloween experience had just the right mix of spooky haunts, goofy moments, and beautiful trail.

Sonic, Griffin, and I were excited to find Cool Boi and Smalls waiting at the trailhead when we caught our shuttle out of town. While the three of us had spent a day in a motel, they had hiked 25 miles in near-freezing rain. I was awestruck, but not envious. 🙂

As a group, we set out for Chestnut Knob Shelter, an old fire warden’s cabin sitting at 4,400 feet. The forecast was cold for the evening with a chance of rain, and for the last four miles a thick mist set in as the last sunlight of the day disappeared. Visibility dropped to about 20 feet. I trudged on somewhere at the front of the pack, ecstatic that I had just bought replacement batteries for my headlamp. At the top of the hill, the cabin appeared out of the mist. 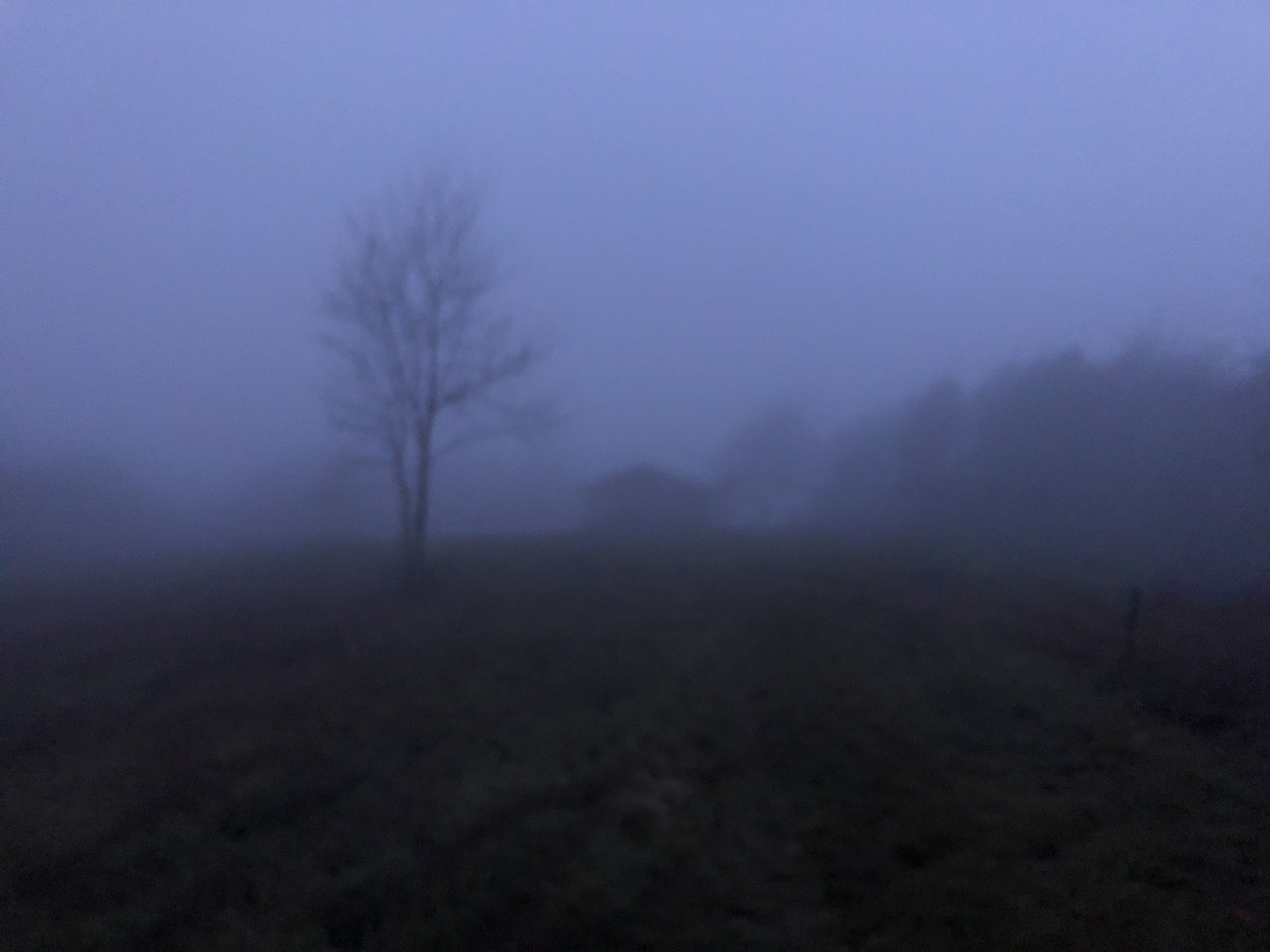 We spent the previous day at the motel watching horror movies, including Cabin in the Woods, where a group of friends are one-by-one murdered by zombies in brutal fashion.  I was relieved only to find section hiker named Brian inside when I opened the door to our cabin.

Was it haunted? Yes, I think so. In fact, Chestnut Knob Shelter had two distinct supernatural characteristics:

We all layered up fast, and Sonic and Griffin tried for a bit to swat a mouse out the cabin door using a couple brooms. “Mouse hockey,” they called it. Smalls and Cool Boi showed up a bit a bit later, and we all huddled together inside, cooking our dinner with numb fingers, and grateful for each other’s company.

The wind and rain whipped the outside of the cabin throughout the night, and we woke up in the morning dreading the start of the day. I somehow found the privy without getting lost in the mist, but the wind made it a particularly chilly jaunt. Just a short walk, and I would have some shelter from the elements, right? Instead, I found this: 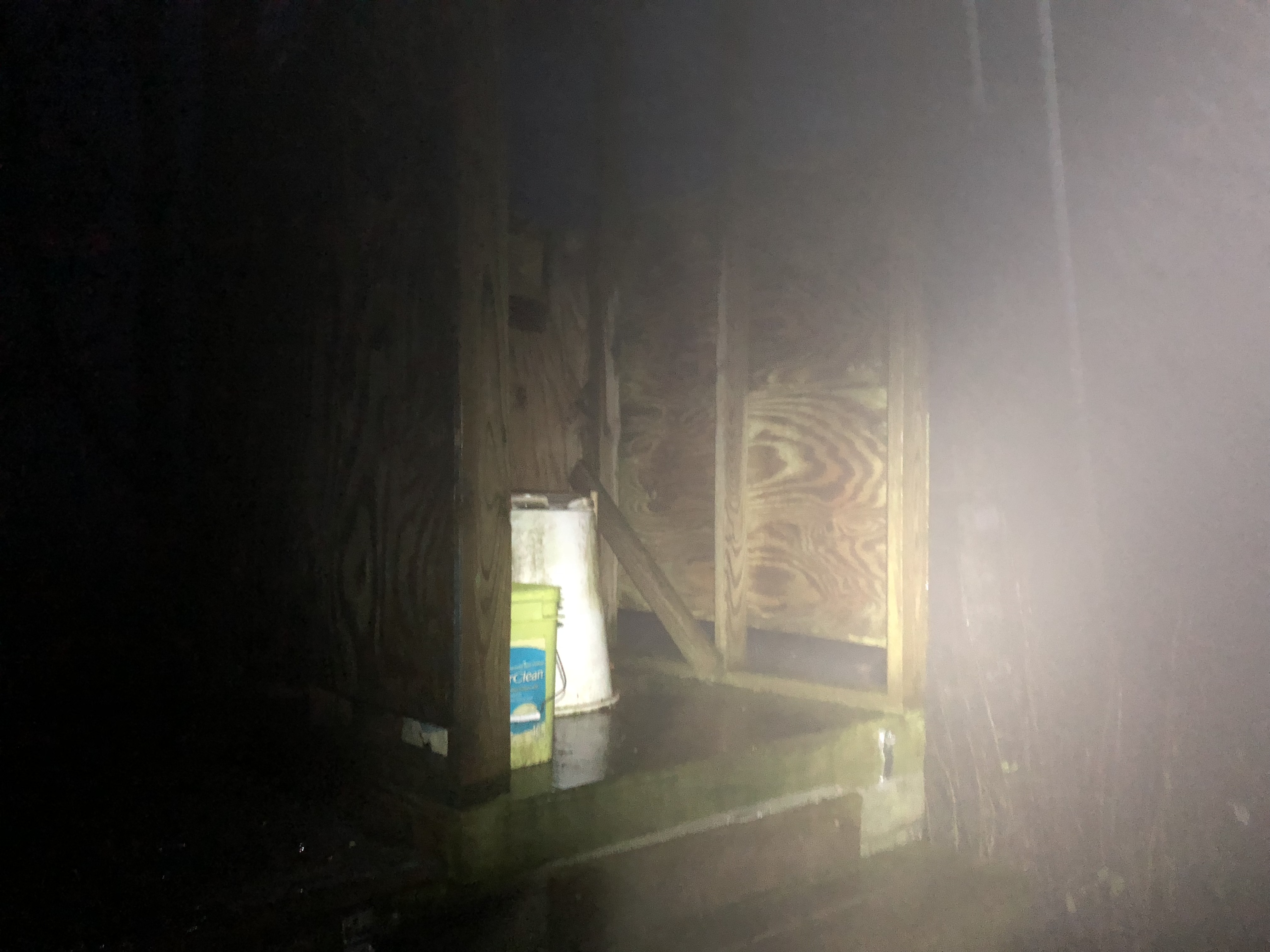 There are moments in a thru-hike when laughing or crying seem like the only appropriate reactions. This was certainly one of them—pants down in a three-walled, open-air privy, exposed to the rain and 35-degree temperatures at 4,400 feet.

Sonic has been hyping up Halloween since I started hiking with him in Front Royal. He carried Halloween lights for hundreds of miles to ensure that everyone else was just as excited when the day came. Every night, our ritual is to hang them in the shelter or on a nearby tree when tenting. 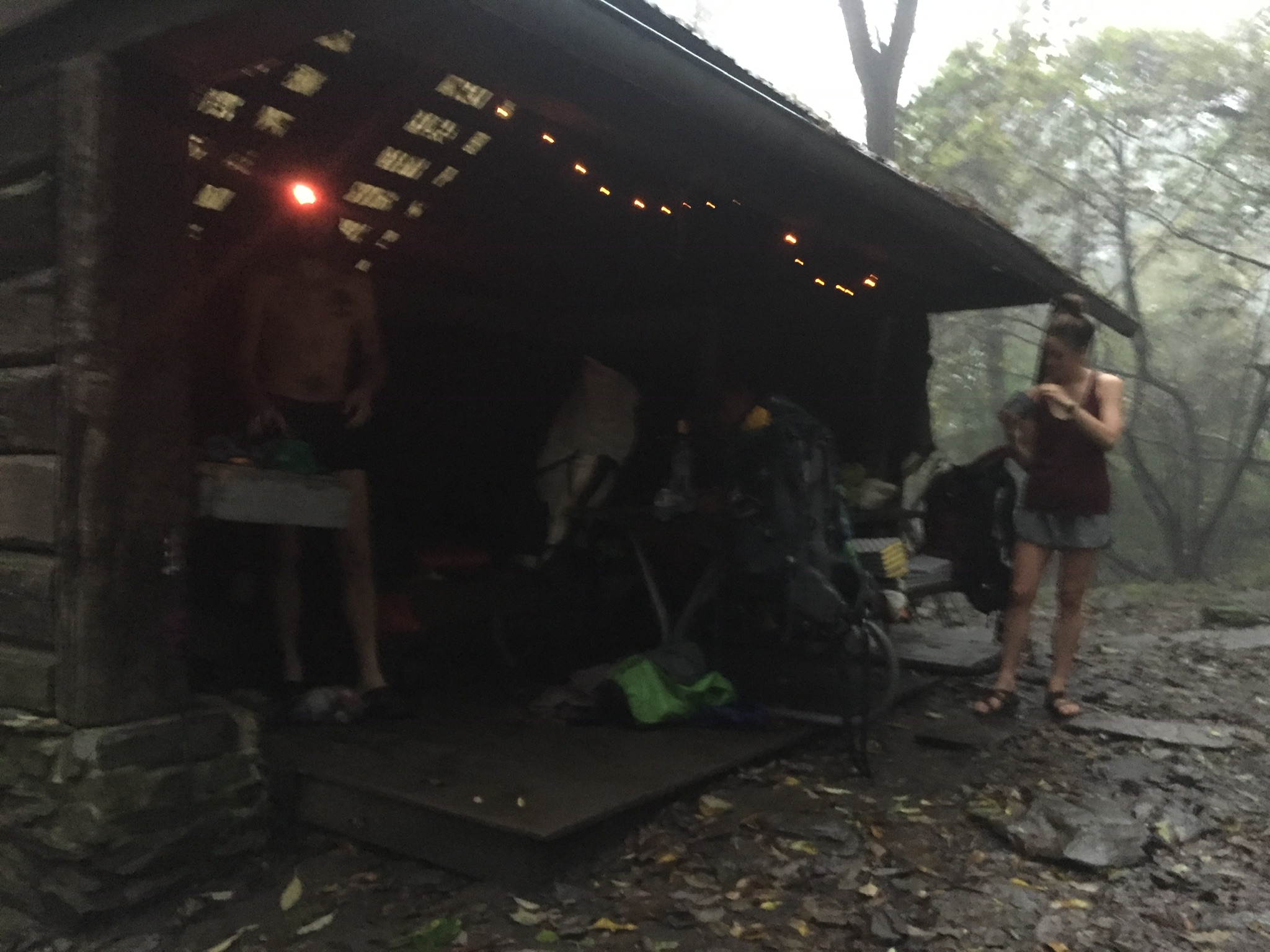 Costumes for Halloween, according to Sonic, were a MUST. Griffin, Sonic, Cool Boi, Smalls, and I caught a shuttle into Marion, VA, looking to get some fast food and resupply before heading back to trail. After Griffin explained to me that calories-per-dollar is the single most important unit of measurement when in town, I decided to indulge in my first fast food experience on trail: Big Mac, Bacon McDouble, McChicken Sandwich, Cheeseburger, large french fry, and large soda. Afterward, we wandered over to Walmart for resupply and went straight to the Halloween section. We walked out 20 minutes later ready for the trail. 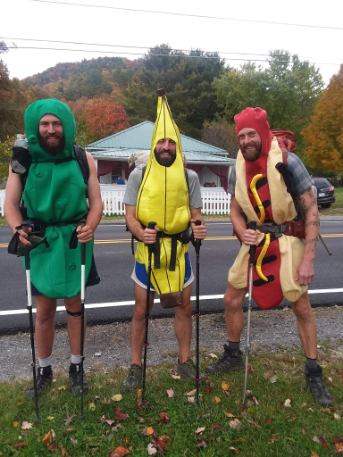 Why a banana? Firstly, why not? Secondly, I pack them out every chance I get, desperate for nutrients after days of tortillas and Knorr rice sides, so it seemed appropriate. As a matter of fact, I packed out a banana that very same day. The result? 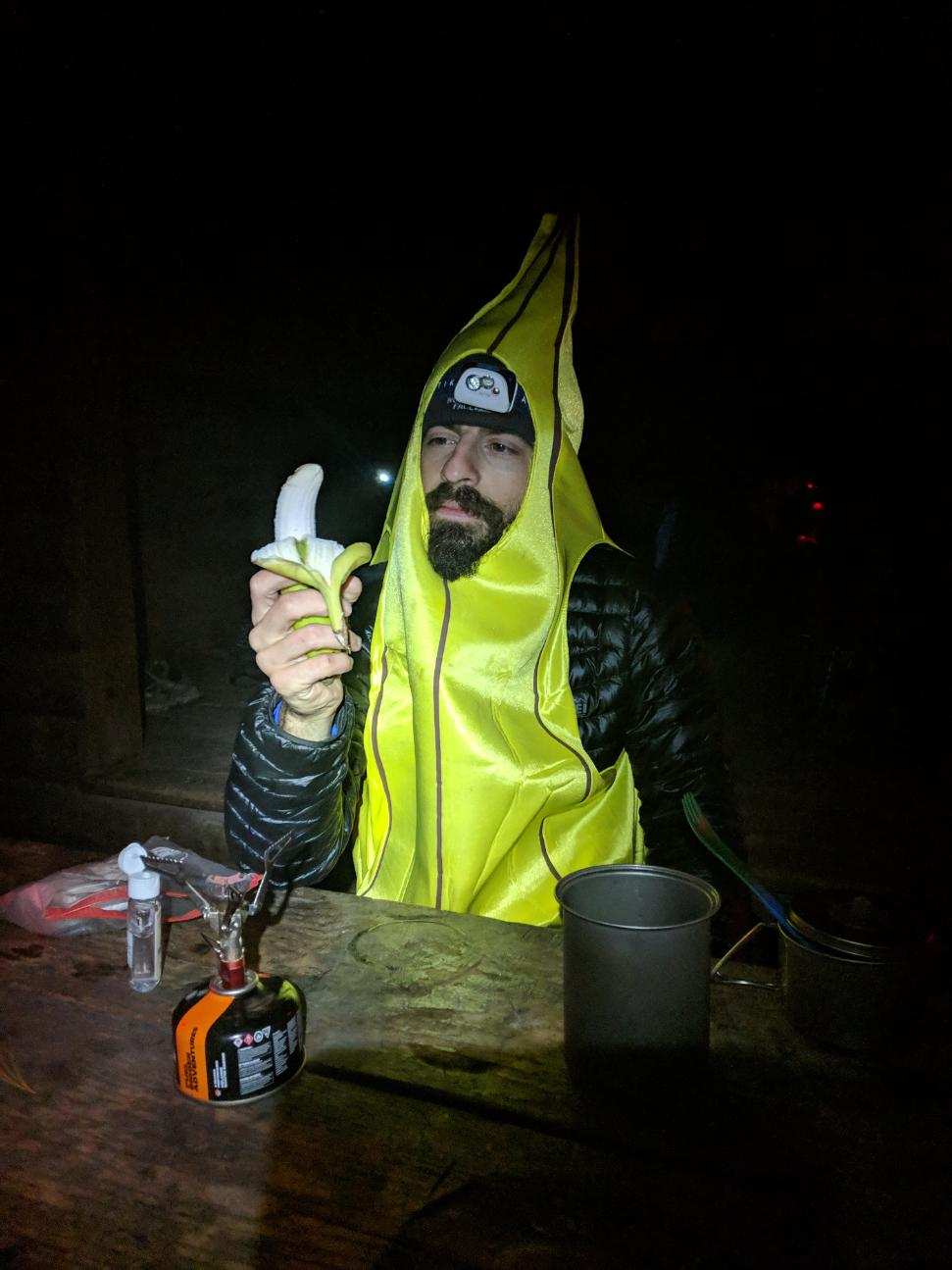 When we got back to the trail, Sin and Breezy showed up. The reunion further fueled the excitement of the day, and we lit a fire at the beautiful Partnership Shelter.

Sonic, Griffin, and I pondered our costume situation. Surely, we weren’t going to buy $18 costumes and only wear them on Halloween. That would mean only one day of joy and ridiculousness. Also, if we’re not wearing them, they add weight to our packs. So we donned our costumes for the next three days—63 miles into Damascus—wrapping up Virginia in style.

The next day was Halloween. We kicked it off with a dance party to Michael Jackson’s Thriller, orange lights hanging in the shelter nearby. 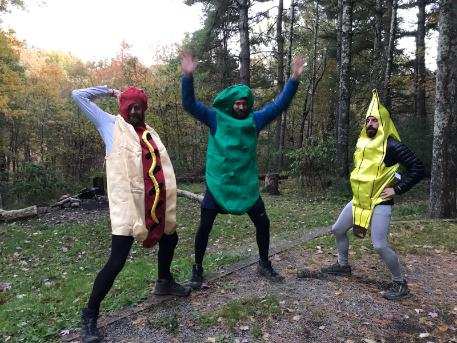 Coincidentally, Halloween fell on the day that we traversed the Grayson Highlands—a sprawling circuit of high-elevation meadows, also called balds. We hadn’t seen anything like this since New Hampshire. 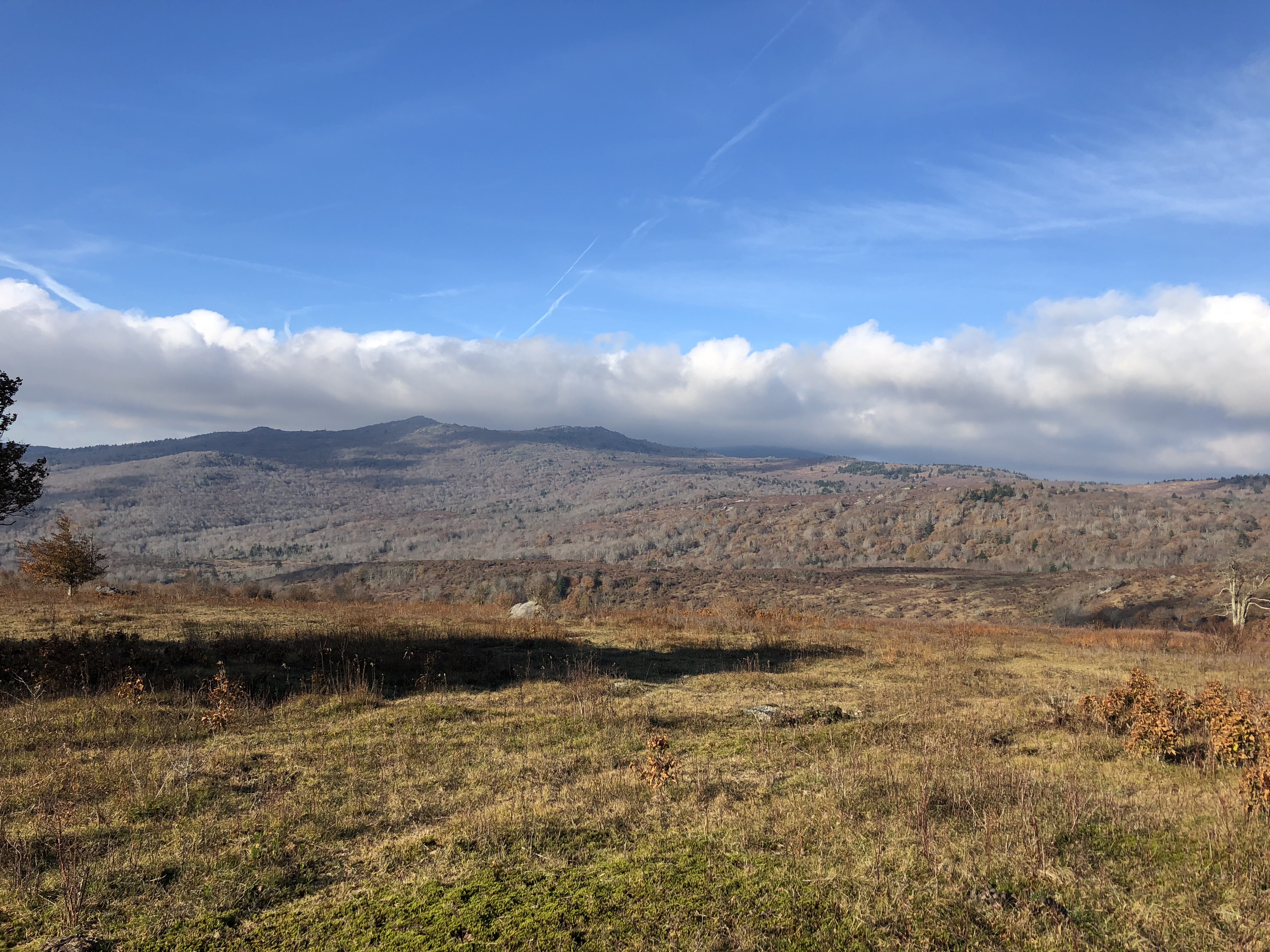 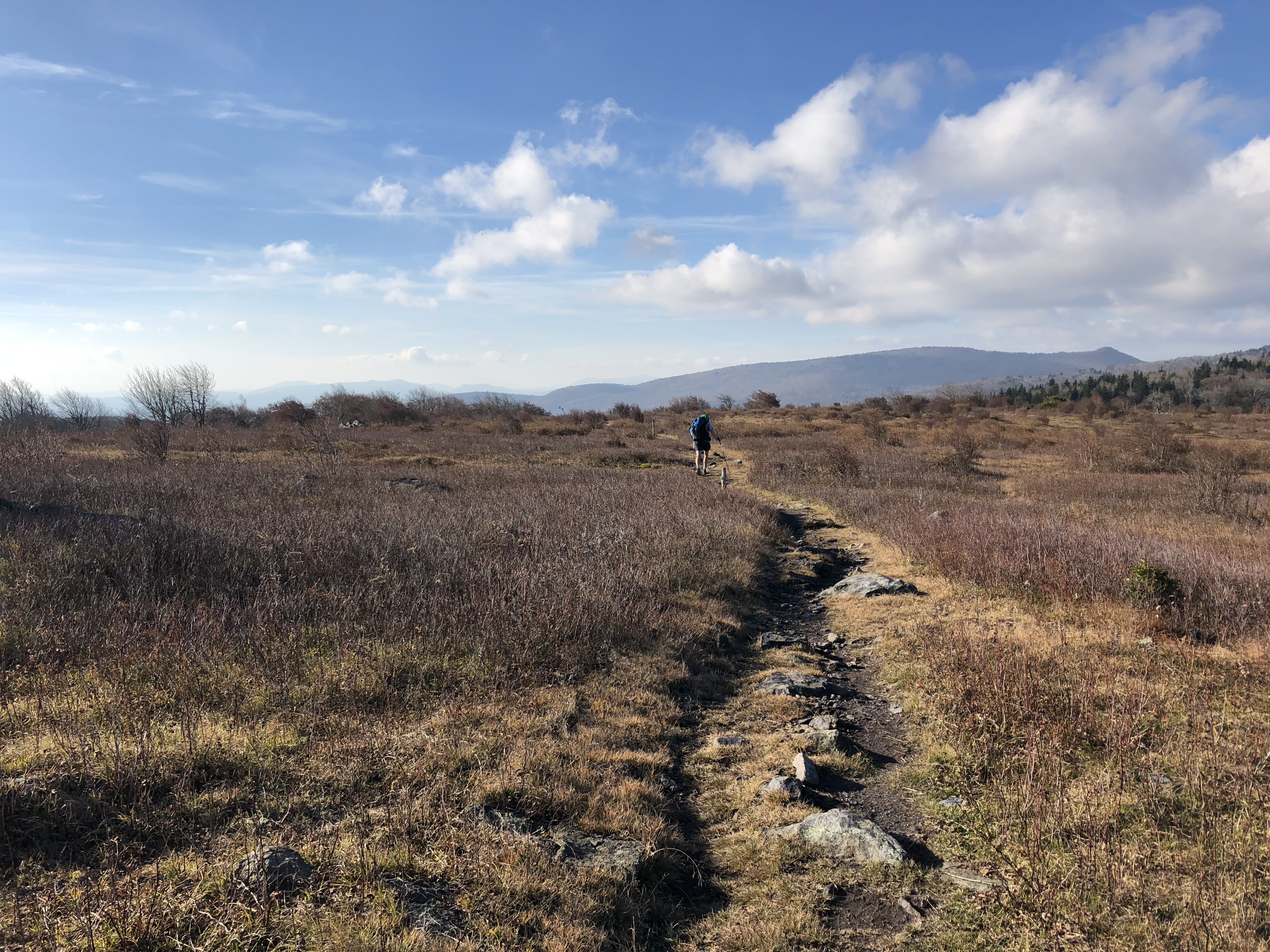 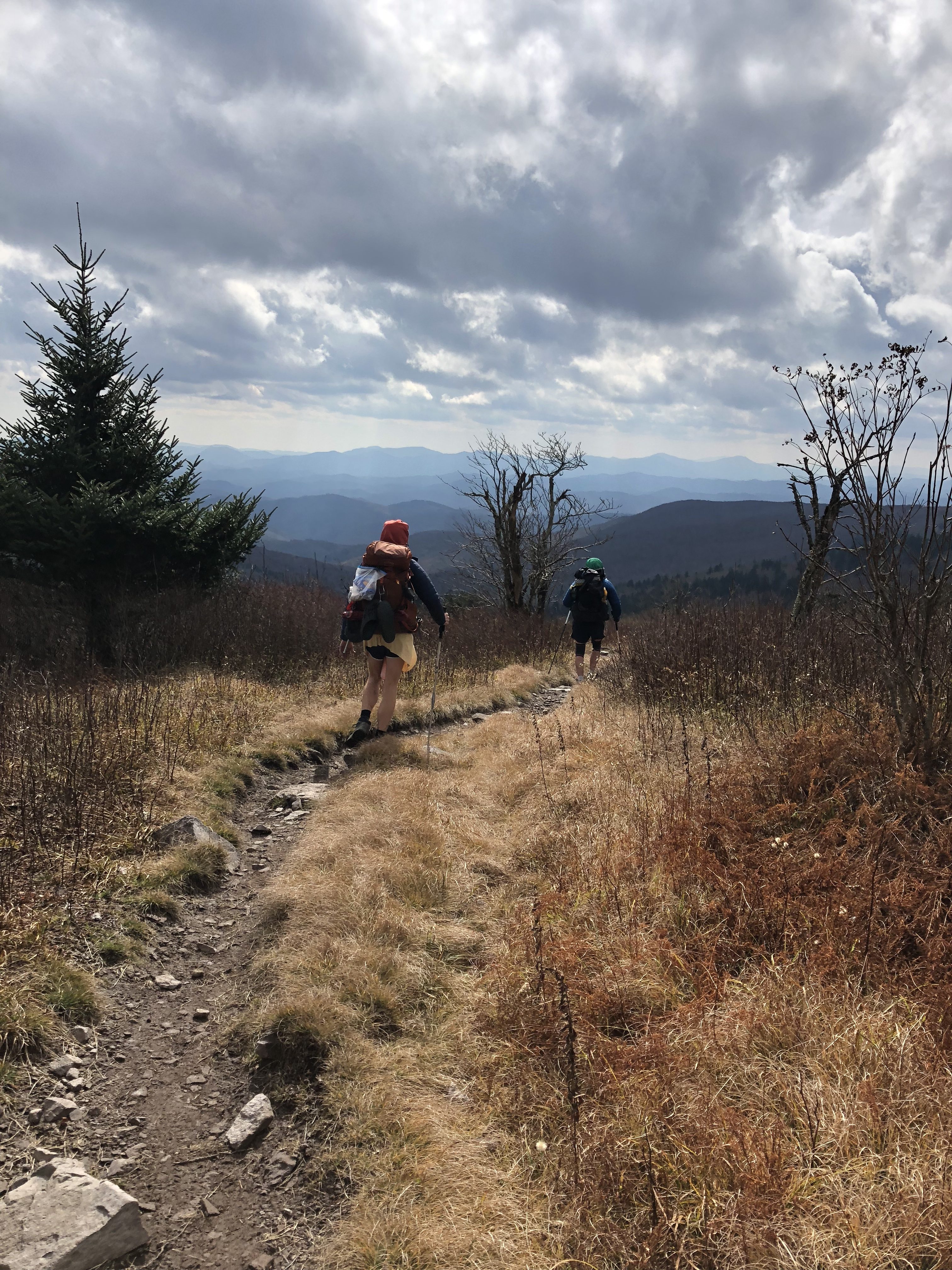 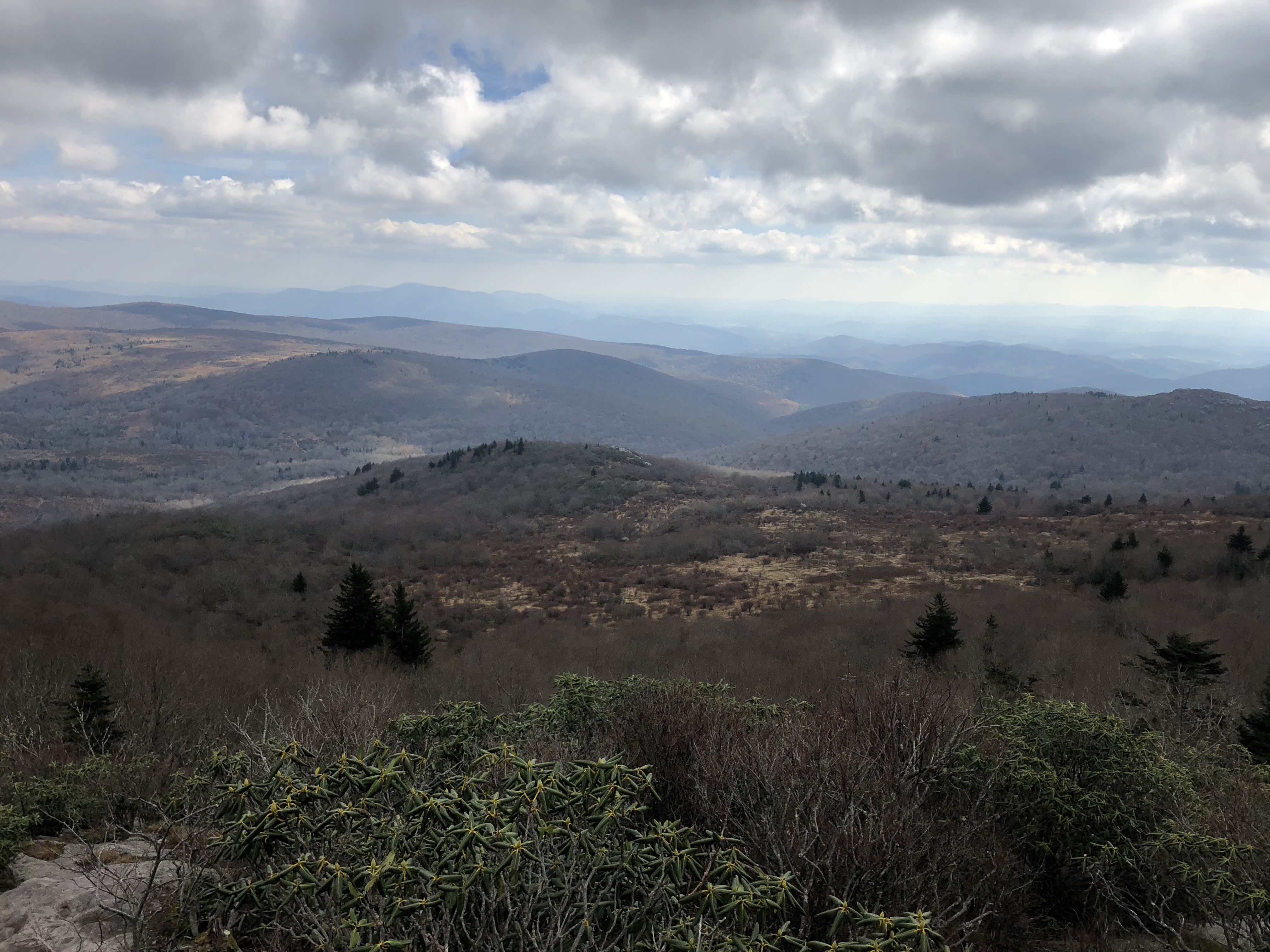 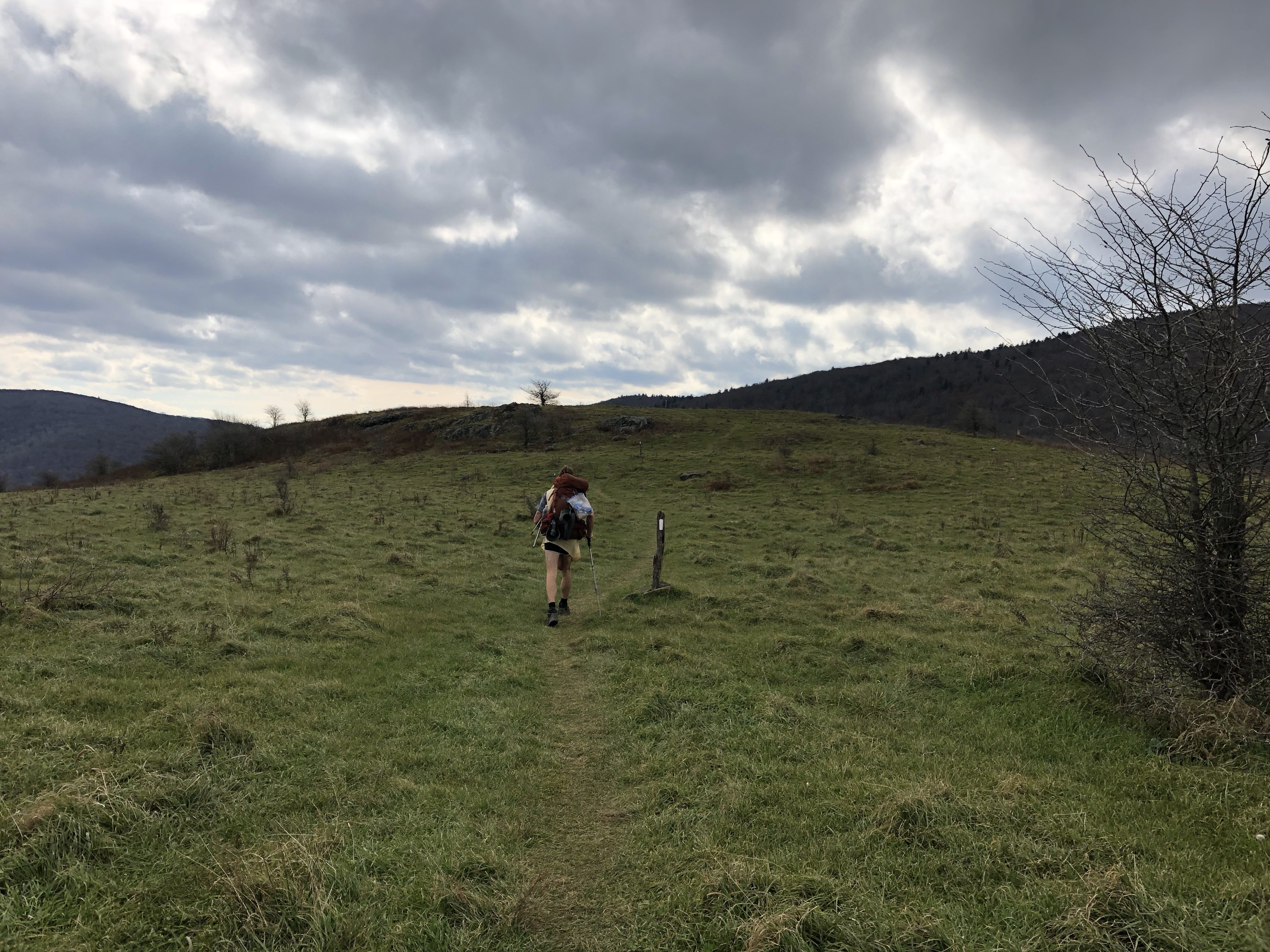 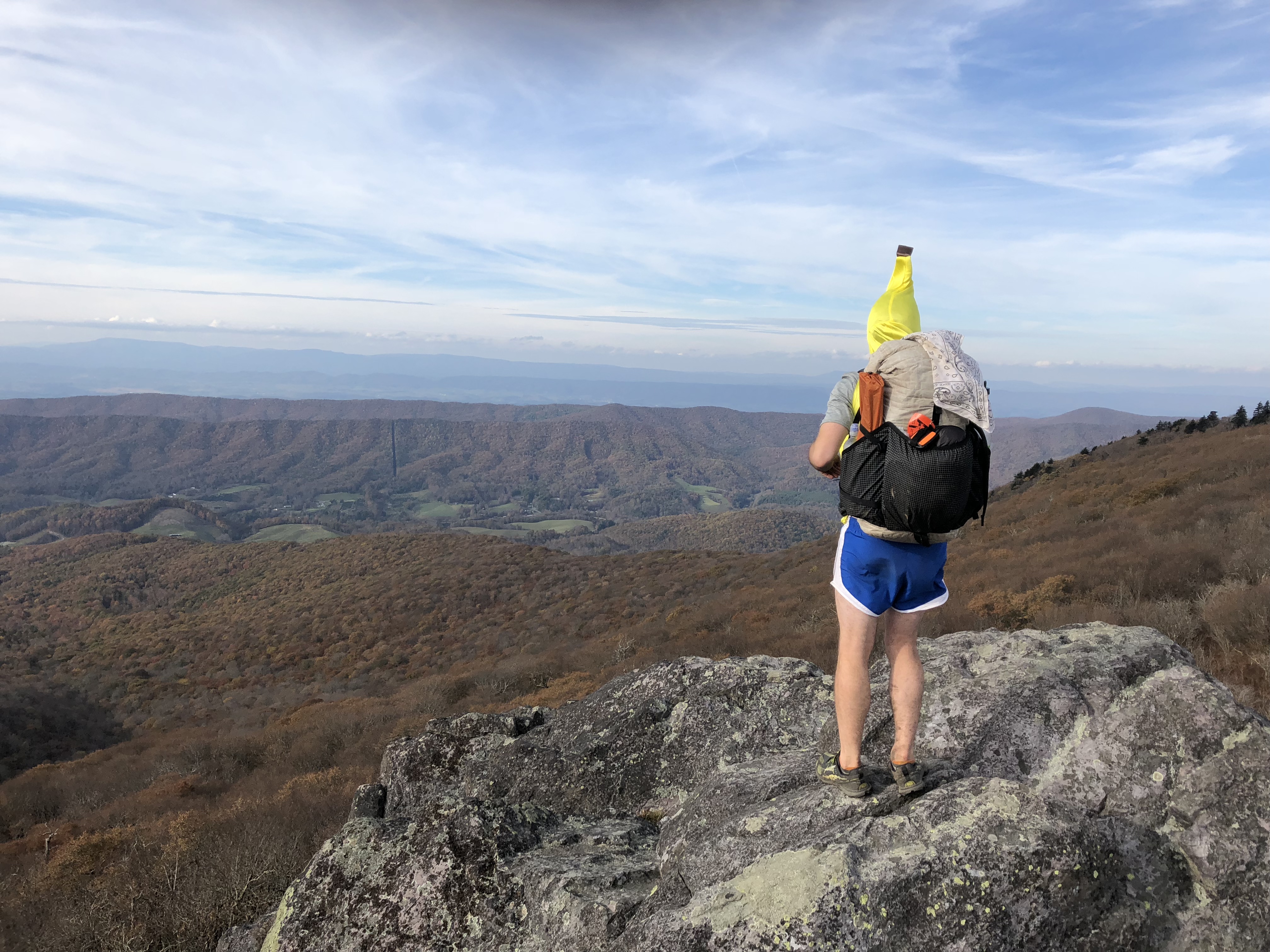 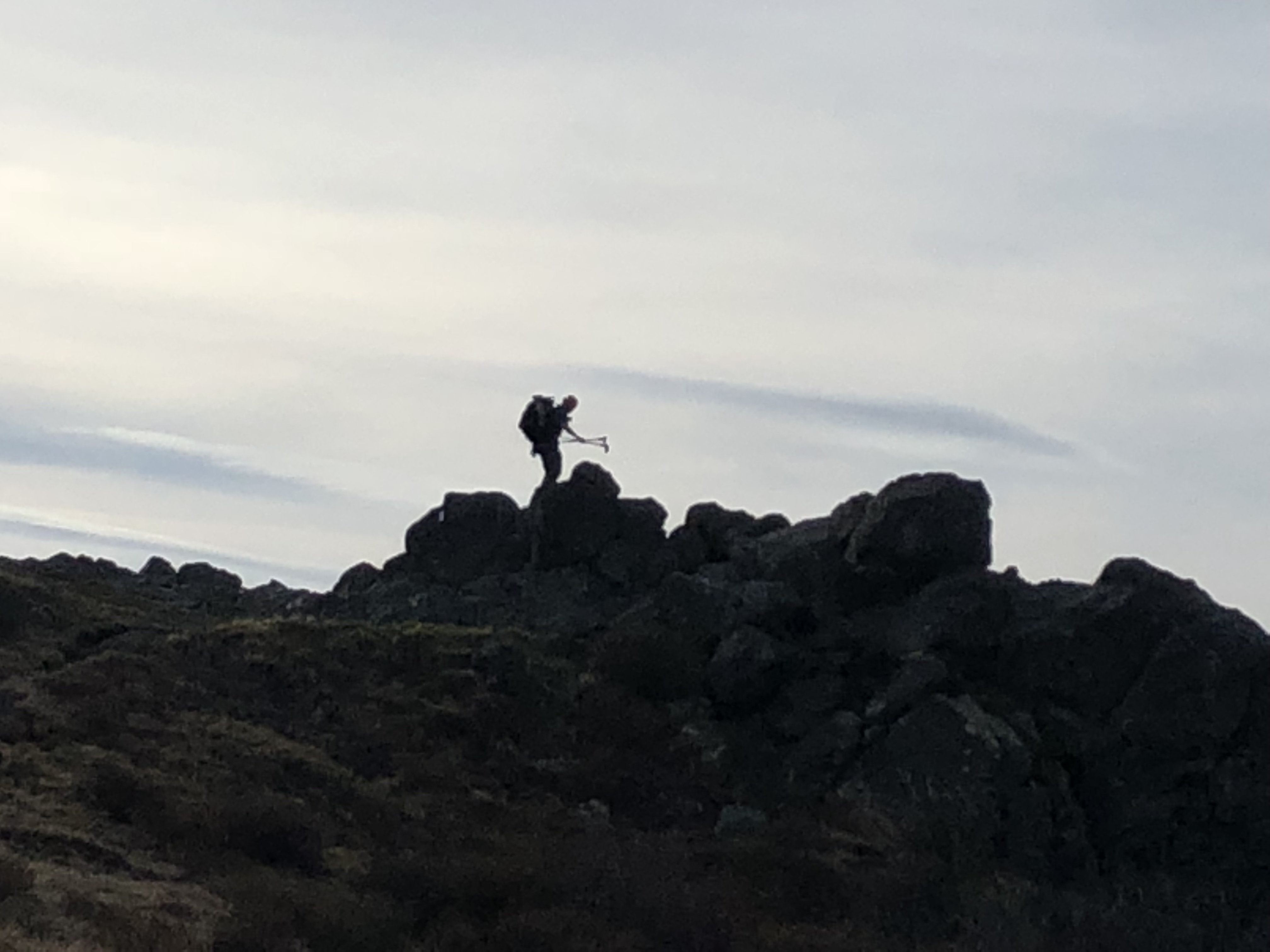 NOBOs had been hyping up this section as one of their absolute favorites because of the views and, more importantly, because of this… 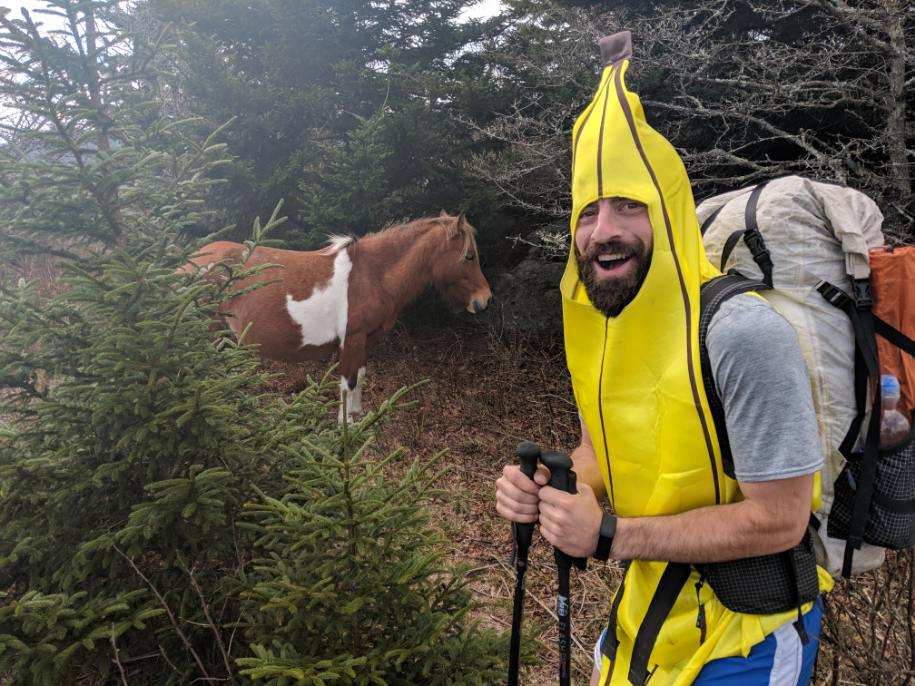 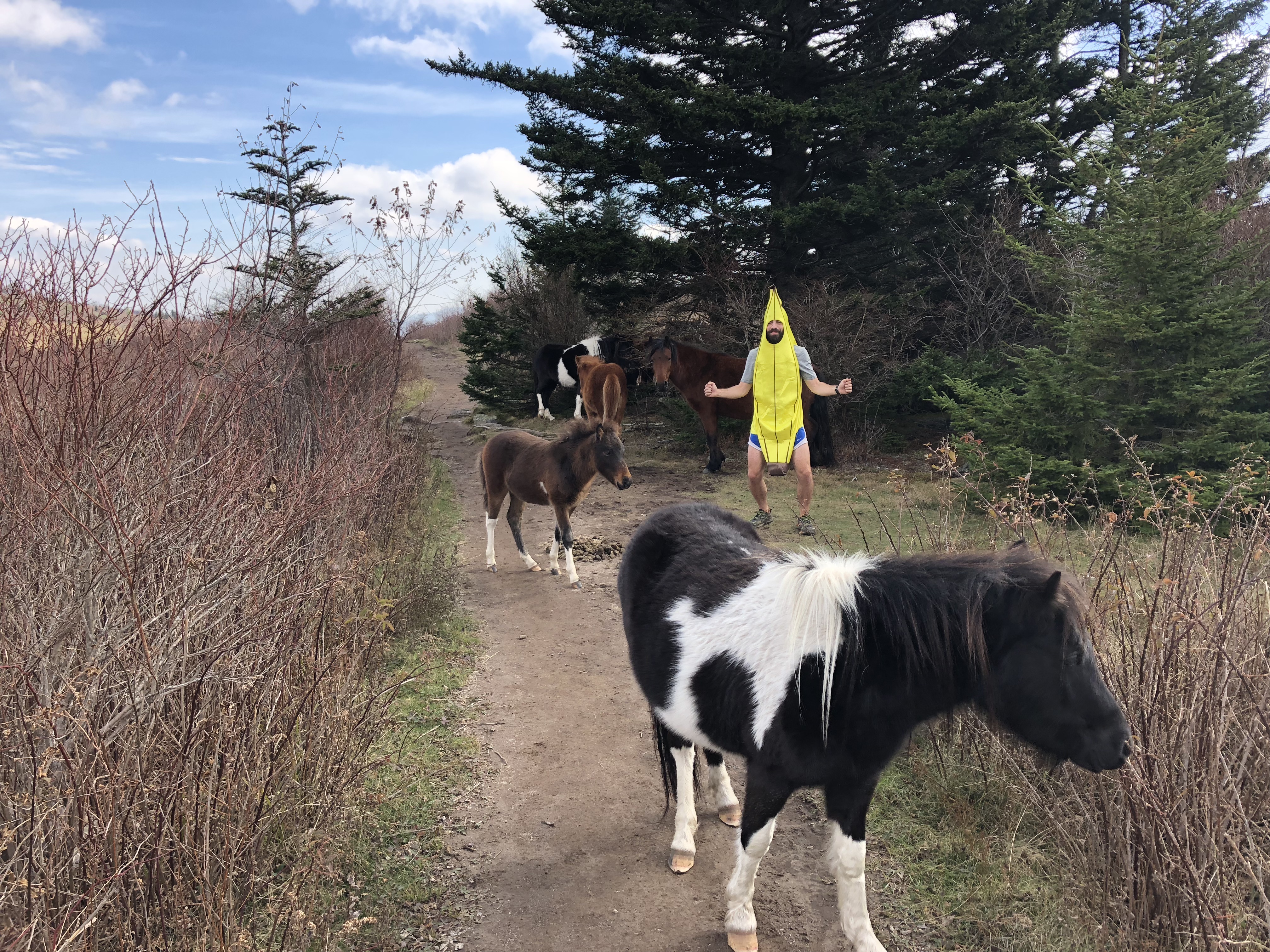 Ponies! Wild ponies! On the trail!

According to this article, the ponies are there “to control the growth of brush along the balds, which are a man-made landscape forged by extensive logging operations in the late 19th century.”

And I know—me dancing in a banana costume among the ponies is definitely too much, but it was honestly my first reaction when I saw them, and they are literally on the trail. We had scuttle around them to get by.

Virginia: The State with a Bit of Everything

We were on a high for the rest of our hike into Damascus. The fall colors were strikingly bright during our final days in Virginia. 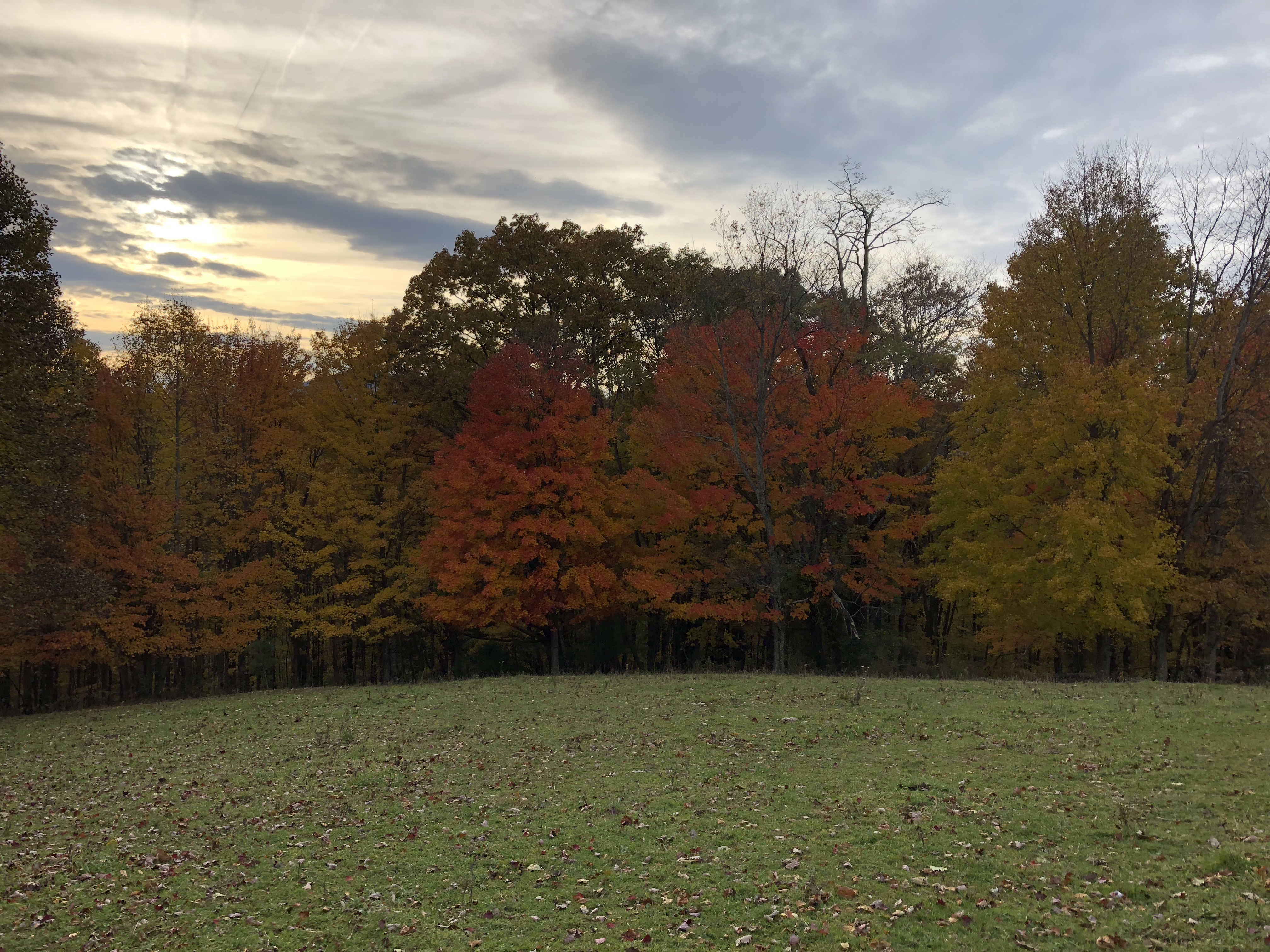 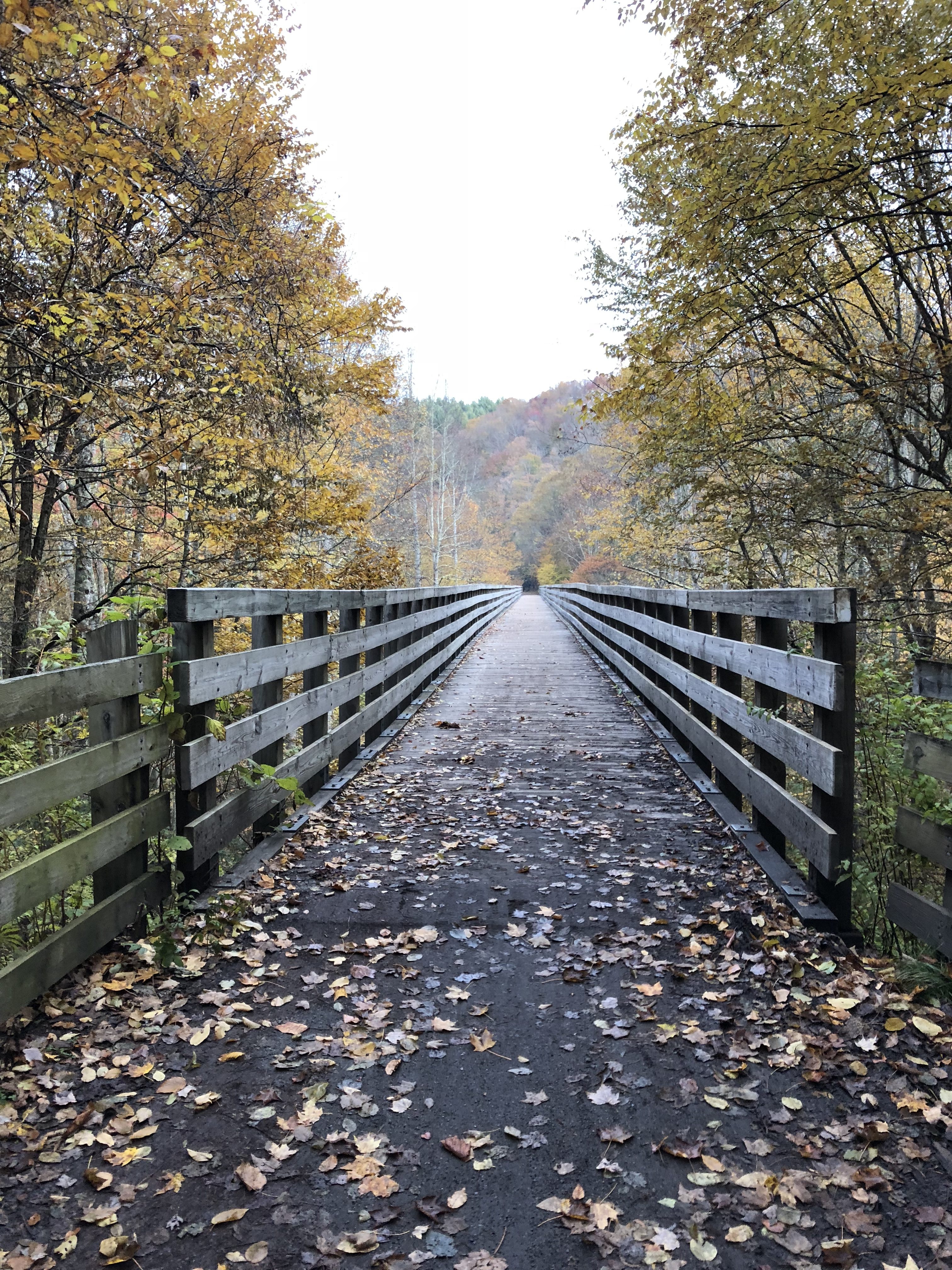 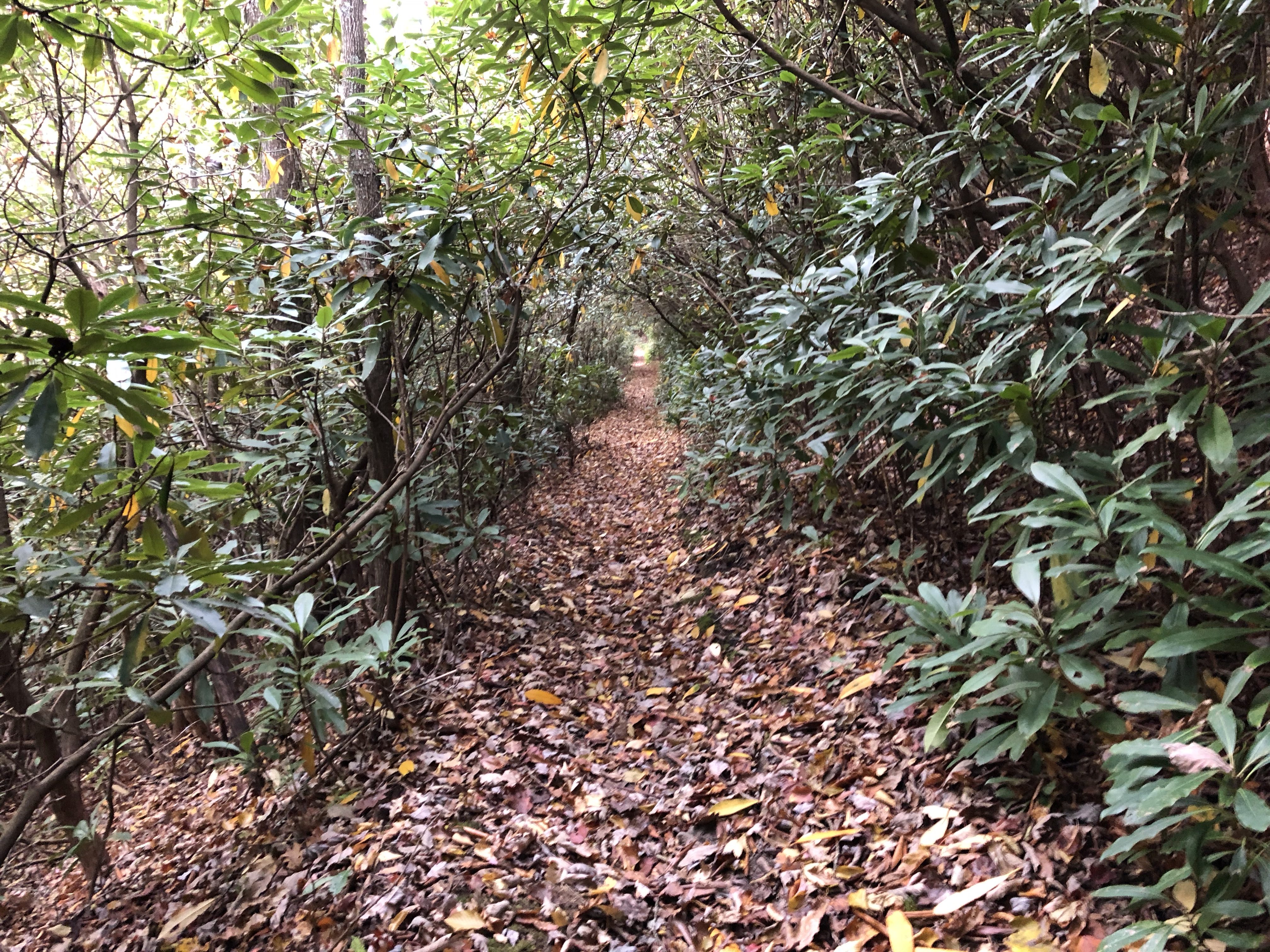 Ultimately, being the longest state, Virginia had a lot of variety. Sweeping views and bear encounters in Shenandoah. Beautiful, jutting rock formations and cliffs near McAfee Knob. High-altitude, exposed shelters like Rice Field and Chestnut Knob. Long, grassy balds in the Grayson Highlands. And ponies.

All of this I enjoyed in great company. Thanks to my fellow SOBOs for making each day fun as the weather got cold and the miles piled up. I’m looking forward to the last three states in this incredible journey. 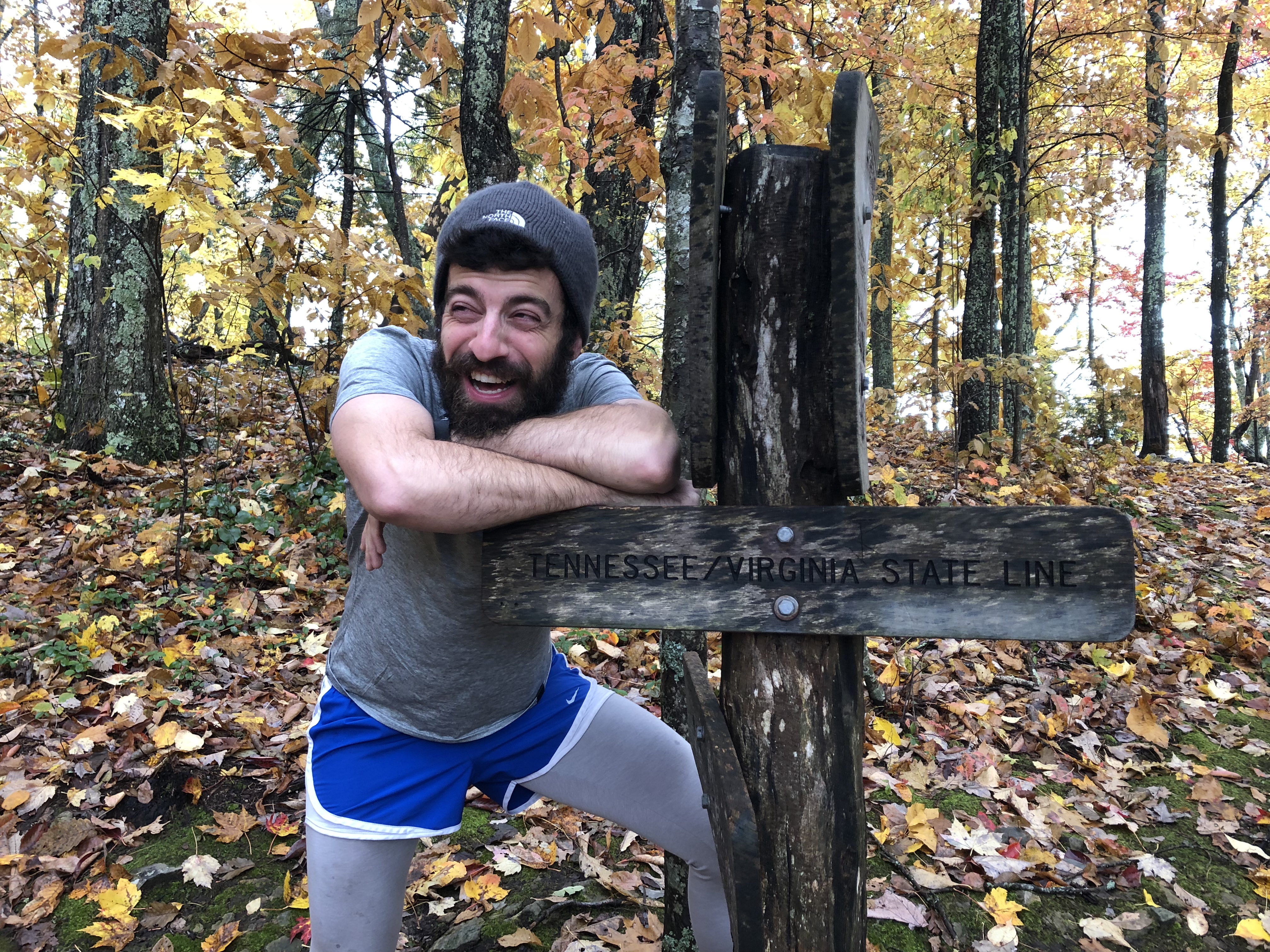 Hi! I’m Kreg. In 2018, I thru-hiked the 2,190-mile Appalachian Trail southbound from Maine to Georgia. My backpacking career started as an undergrad at Harvard where I led orientation trips for freshmen (woohoo, FOP!). After spending 7 years as a high school teacher and dean in Brooklyn, I decided that it was time to get back on the trail. Now that I'm finished with my hike, we'll see what adventure comes next. :)