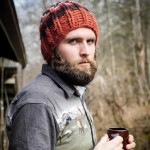 From Norovirus to Champagne and Turnips

Five days out from the start date of my AT thru-hike, I found myself unable to move five feet beyond my toilet.

Apparently I had contracted norovirus before even setting foot on the trail.

The timing could not have been better. I had only planned on using every single minute of the remaining week to tie up all of my life’s loose ends before hitting the trail on Saturday. 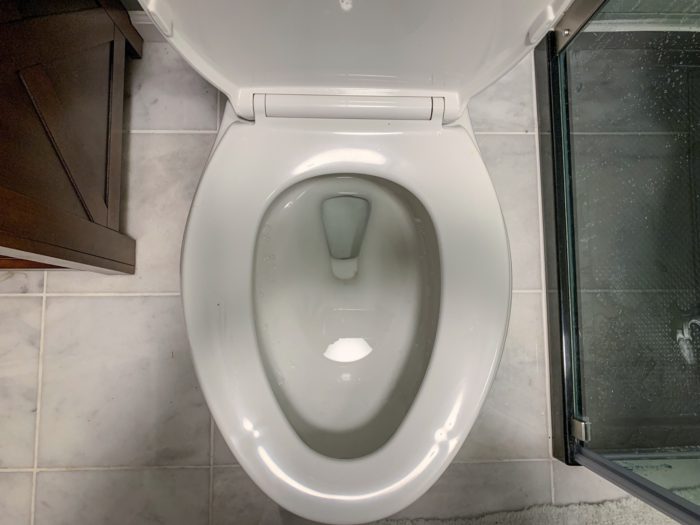 The next few days were a flurry of running errands and running to the bathroom. The whole time I found myself questioning why I was attempting this crazy endeavor in the first place.

I finally started feeling better on Friday. I threw some extra Imodium in my first aid kit and buckled up my pack for the final time.

The show would go on. 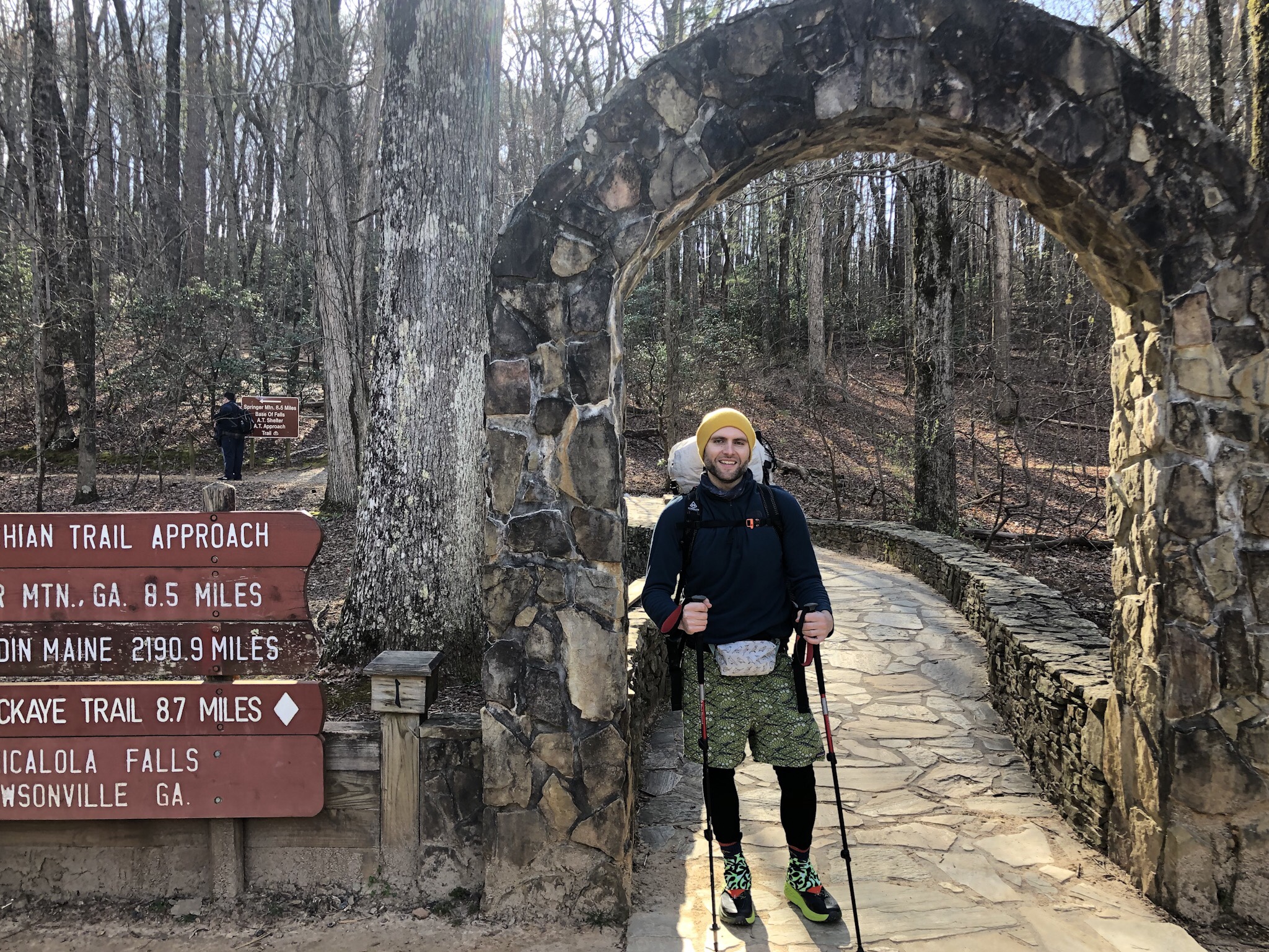 I was fortunate to have some amazing friends who volunteered to drive me to Amicalola State Park and day-hike the eight-mile Approach Trail with me to Springer Mountain.

On Saturday morning we pulled up to the visitors center under a cloudless blue sky.

I followed the signs to thru-hiker registration, signed in, and received my official AT thru-hiker tag.

The experience was a bit more emotional than I had anticipated. It was like receiving a badge of honor, ticket to paradise, and passport to pain all at once. 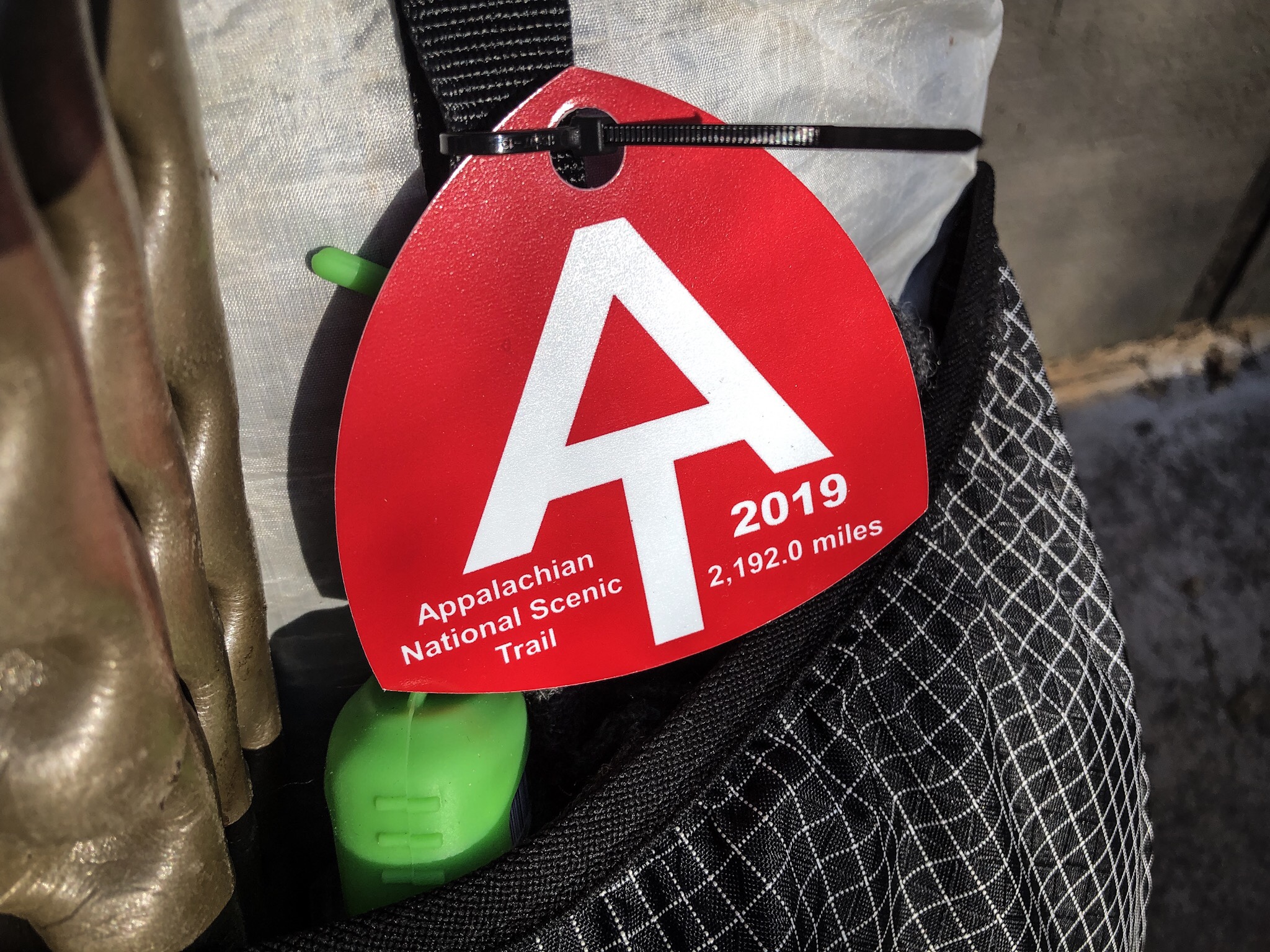 After some brief LNT lessons and PCT bear hang demonstration from park employee and previous thru-hiker Master Splinter, we were on our way.

Even though I had just hiked the stairs a few weeks ago at the AT Kick-Off, being a sucker for traditionalism, I decided to do it again. 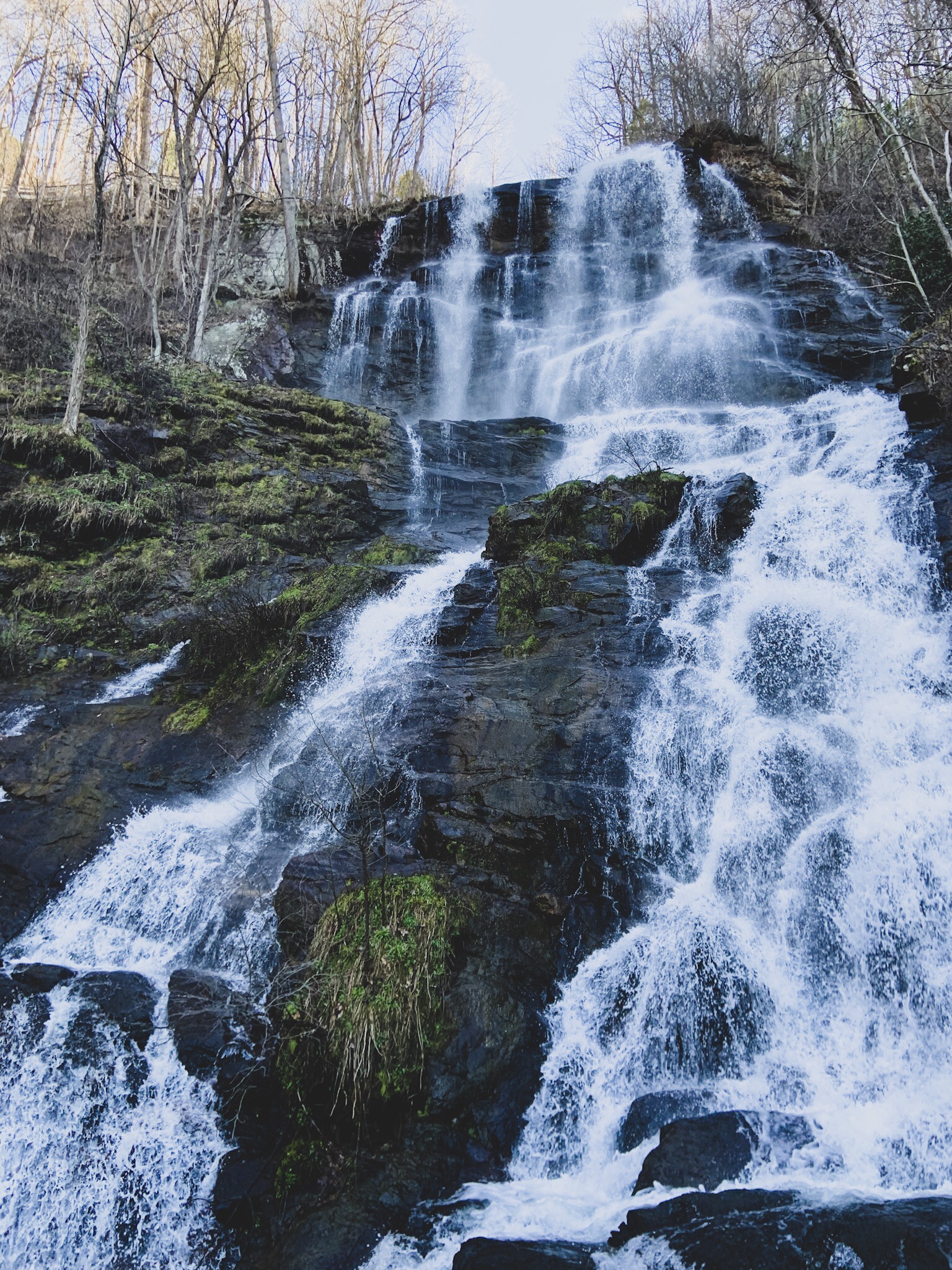 I was glad that I did (for real). Hiking up those 606 steps was a cathartic release from the mental and physical stress that I had been under for the past week.

I remembered again why I was on this hike. 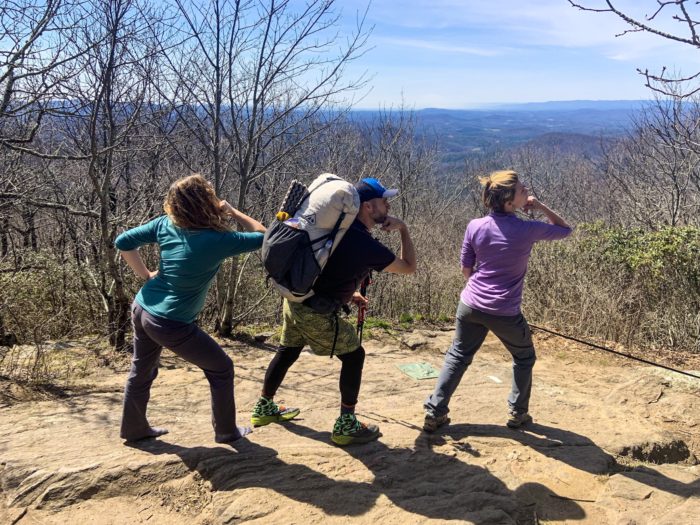 As I ascended the Approach Trail, I passed several people who were hugging trees and gasping for air. I met a middle-aged man slumped on a log and rubbing his leg who claimed he had started the trail yesterday.

He had progressed a total of four miles.

Some people seemed to be faring a little better. We walked for a while with a lanky recent high school graduate who was attempting to hike from his dad’s house in Georgia to his mom’s house in Vermont, and then hopefully proceed on to Maine.

He mentioned that his strap was rubbing against a spot on his shoulder where he was recently shot in a gun range accident.

I suggested that his trail name should be “Shotgun.”

When we reached the top of Springer, my companions revealed the surprise that they had been secretly hauling up behind me: a ridiculous smorgasbord complete with champagne and farm fresh Hakurei turnips, my second favorite root vegetable behind beets. 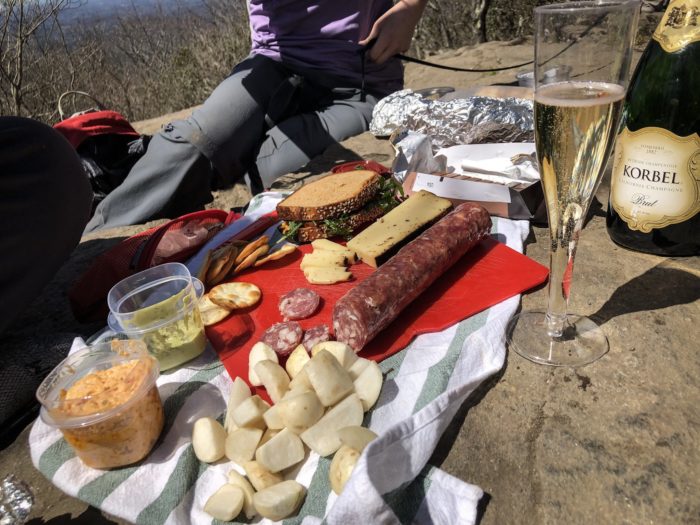 I signed my name in the trail register for the first time with the tag “No champagne, no Maine.” (I have subsequently changed this to “No Maine, no more champagne.”)

After some misty-eyed “see-you-laters,” I departed the company of my friends and turned north on the Appalachian Trail.

My journey had begun. 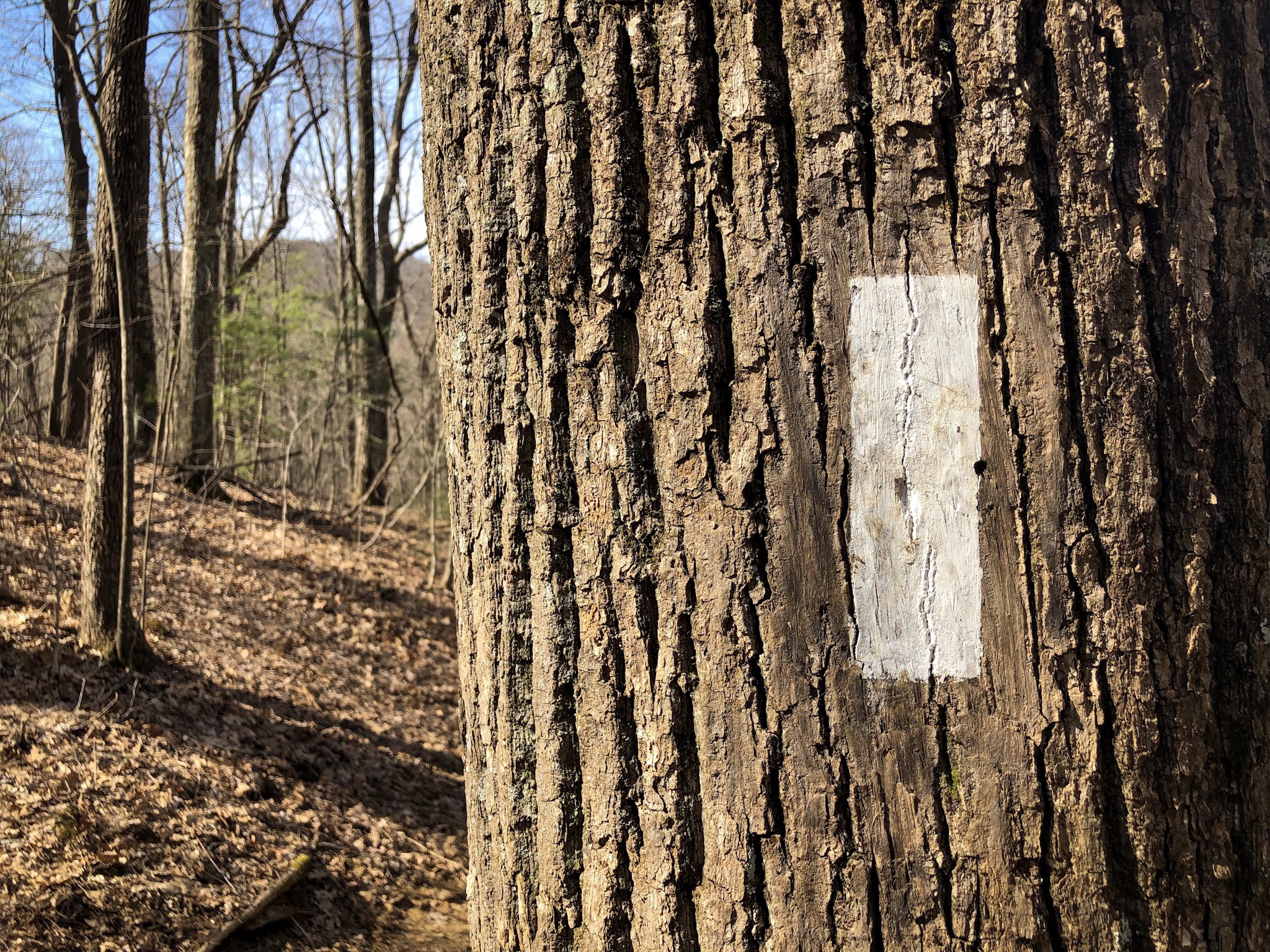