[UPDATED] Man’s Death on AT In Maryland Ruled an Accident

The death of a man whose body was was found July 9 below Black Rock overlook on the Appalachian Trail in Maryland has been ruled an accident.

Bruce Goldfarb, a spokesman for the Maryland Office of the Chief Medical Examiner, confirmed the cause of death in an email, the News-Post said.

Mack was reported missing to state police by a relative at about the same time authorities were removing his body last week from the base of Black Rock cliff, Candy Thomson, a Maryland Natural Resources Police spokeswoman, told the News-Post on July 11.

The NRP said on Twitter that it took rescue personnel from the NRP and Washington County Department of Emergency Services more than six hours on July 10 to rig safety lines and bring the body down from an area below the overlook. 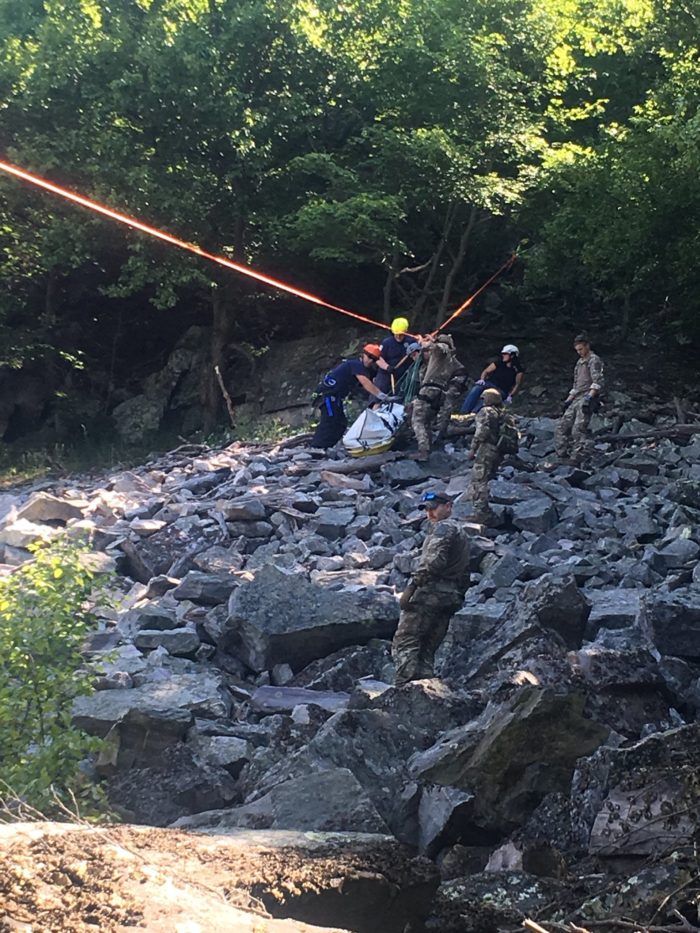 Mack’s car was parked in a lot along U.S. 40 that hikers use to access the Appalachian Trail, which runs through South Mountain State Park and connects to the Black Rock spur, Thomson told the News-Post.

Authorities were notified about 3:45 p.m. July 9 by two hikers who found the remains.

Thomson said July 10 that rescue workers were having difficulty recovering the body because of the arduous terrain, according to HeraldMailMedia.com

“We’re going to have to bring the body out by hand,” she told the website.

Later, after Mack’s body arrived for an autopsy at the Office of the Chief Medical Examiner in Baltimore, a wallet with Mack’s driver’s license was found on his body, Thomson told the News-Post.

“At this point we’ll take our cues for the medical examiner, but right now there doesn’t appear to be any foul play,” Thomson told the News-Post.