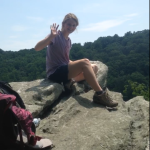 Yesterday marked four weeks being on the trail. WooHoo!!! It feels like I have ben out here for a lot longer, because of the things that I have learned so far.. but time flies out here, so four weeks seems way too long. Let’s do a recap of these last four weeks.

The most memorable thing about being out here is all the people I have met. Whether it be the first and last time I see them, or I hike with them for awhile. There are groups called your hiking group, this is a group of people who you like and generally walk at the same pace with. You don’t, however, plan your milage around these people usually. Then there is your hiking family,where you hike the same mileage almost every day with these people because they are your family out here. Since I have been out here, I would say that I have had two hiking groups. When I came out here, there were three guys I called in my head The Three Stooges. This consisted of Poor Boy, Slurpee, and Triple Spoon… I met them my first night out here and offered them some sunflower seeds as a conversation starter (Hence the trail name Sunflower). I hiked with them for about a week and a half, until we all went our separate ways. They were great; funny, kind of nerdy, went at the same pace as I did, and in general were great guys. There was another couple I met my first night as well, Snail and Sandal. They were great, really nice and funny. I lost them about 4 days in and had been to catch up with them. So I knew that I was back on track, after two zeros in Blairsville. About two weeks I met a couple named Purple Rain and The Optimist, and we hiked at the same pace for about three days. Hitching a ride into Hiawassee for Mexican food really sparked the friendship. The three of us and Tripple Spoon ended up going to a hostel called Top of Georgia, and who was there? Snail and Sandal! So for the past two weeks, we have been either at the same pace or playing tag a little bit with the two couples. 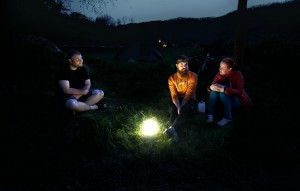 I have learned a few things while having a hiking group…

I found that I am very impatient, for everything… especially a hiker family or solid hiking group. Because of this, when I form a half ass hiking group I am less hung ho about meeting other people and forming relationships. I know… I know… I can do both. It is just something I have to learn, and I am definitely getting better at it.
Another thing is, there are some people you may never see out here again. So when you meet people, even if they are not someone you would usually engage with. You can take it all in, because what so you have to loose? You may never see them again, there are hundreds of people out here. So when I meet someone, I try and really appreciate what they have to say, because the people I meet out here is what I am going to remember.

OH! I also have a pen pal now. A dad and his son were doing a section hike, and we hiked together for a few days. So I send him postcards now and then, and I get very excited when I find an AT related postcard.

The most wildlife I had experienced while I had been out here for three weeks, was a very loud owl. Then we enter the smokies and BAMB! 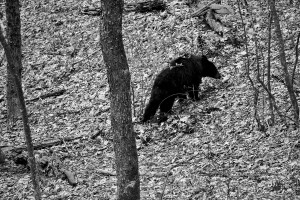 We saw this guy, and a few days later driving into Gatlinburg we see three baby bears. Other than that, wildlife has been very chill while I have been out here.

By far, my first day was the hardest. I didn’t train or practice before I came out here (dumb), and my pack was probably 20 pounds too heavy (really dumb). I did the approach trail (dumbest) in the down poor, and I was not ready for that. I started at about 11 o’clock, and it took me all day to get to Springer, which is the starting point. So all that pain and suffering didn’t even count! I am glad I did it, because if that stays my hardest day than I am set! It was also really pretty, even in the rain. I haven’t had any big injuries *knock on wood*, but smaller ones have been dealt. Blisters, of course, it’s just what happens to most people. Rolling ankles are the big one. I read that if you roll your ankles on a normal day and it doesn’t hurt you, you don’t need as much ankle support. Being the nieve backpacker in training, I went with it. I came out to the trail and rolled my ankles constantly. It hurt for a second, and then went away… no big deal. Until about 4 days ago, my right leg felt like it was made of glass. I was fine for the first three miles, I just felt sore. Then every step after felt like a thousand glass needles coming in and out of my bones. It sucked! Daniel Son and I hiked from Spence Field Shelter Saler Siler’s Bald Shelter, it was a solid 12-mile day. By the end of that day, I was hiking barely a mile and hour. The problem with that is we are in the smokies, and we have to stay in shelters so I had to keep going. Daniel Son is great, he should be a life coach. He is hiking in front of me, just cheering me on. We took a zero yesterday, and I got my feet checked out by “The Foot Guy” at the NOC in Gatlinburg. I got a new pair of shoes, some rest and hopefully, my leg will be good as new. Colds go around a lot too! Out here it’s hard to be as clean and sanitary as you would where there is running water. So it is pretty easy to catch a bug here or there, as long as it isn’t one of the “shit your brains out” kinds of bug… you should be fine. So a cold had gone around, it wasn’t too bad for me except when it came to up hills and I couldn’t breath out my nose. Daniel Son had it the worst, waking up with a high fever in the middle of the night. That is what zeros are for tho.

Long story short, the physical challenges are out there, but manageable as long as you listen to your body… is what someone told me. My response was, “I don’t what your body is telling you, but mine is screaming ‘WHAT THE HELL ARE YOU DOING! STOP THIS SHIT RIGHT NOW!’ but yeah, listen to your body or whatever.”

It is all a mental game. Like I said before, my first day was the hardest… physically. The third day was the hardest mentally by far. When I started, I was tired at the end of the day, but my body thought that was it and that it didn’t have to do that for another 2000+ miles. By the third day, my legs figured that shit out… they were like “No! Are you serious? This is what we are doing now… you sit on your ass for months before hand, and you couldn’t have given us a little warning?” So by the third day, I was really tired physically and mentally. Also, I got really, really, really homesick that day. To the point where I would have taken a ride home that minute, but I am so glad that I didn’t. I knew that this feeling would happen, and I needed to deal with it. So did my parents, so they talked to me and helped me out… but pretty much just told me to suck it up in the most loving way possible. That has made me stronger, and it doesn’t get too bad anymore. Now that I have a hiking partner, I had to re-learn how to do this with a someone else in mind. I admit that it was not easy for me, switching from being on my own to becoming a team. I now also had someone there when I get pissy, instead of just trees that I yelled at. So I had to tell myself, “No Molly, it isn’t Daniel Son’s fault your feet hurt.” No, I am just kidding… Having a partner does change the mental game in a whole new way. You have someone you know, who is there supporting you. You also have someone there depending on your for that same support, even when you both are tired and hungry. 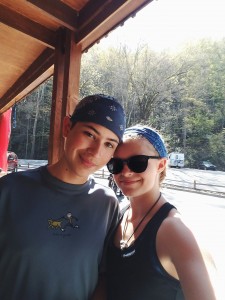 So, hiking the AT has been harder for me emotionally, rather than physically. It all just needs to be taken state by state, week by week, day by day, step by step.

You can do all the research in the world and nothing will prepare you enough. Until you get out here, you can’t really be 100% on anything. The only pieces of gear that I know that I need are… my trekking poles, my socks, my buff, and chapstick.
Everything else I have second guessed, and probably considered buying a new version of it fives times. Also, shit breaks out here. My gear list will never be final, it will always be changing.

Things I have learned:

Hey guys, I'm Molly and I am graduating from high school in January. What better way to celebrate than spending the next few months in the woods detoxing from all that. I love nature and being outside, if that wasn't implied... and with recent health problems, is there a better way to prove your body is capable? Anyway, if you're vicariously going to hike the trail with me or we might cross paths, I am sarcastic and love to make the uncomfortable and negative into a laugh, so maybe you'll be able to pick me out from the crowd... see you out there!