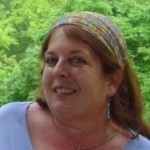 She was so full of herself.   It was hard to escape from her.  We both worked in the same  “country” at a local theme park.  We attended the same community college.  She was superior about everything.

Granted, she was a straight A student, pretty, popular, and actively involved in school activities.  She thought I was pushy, the way I was always volunteering for committees in honor society (and never being accepted, mind you).  But it was the honor society which brought us unwillingly together at the school late one evening.  Someone was embezzling tiny amounts from club funds, and we were there to find out the who and the why of the matter.

Ashley was the honor society president ( I did not vote for her).  When the treasurer quit school, and the first and second choices for the position declined, I was appointed to the job (Ashley did not want me).  My first act was to pull the financial statements.  My second act was to notify the insufferable Madam President of discrepencies. The uncoded charges to our account were weird amounts like  $3.33, $2.22, $1.48.  We split the report between us and settled down to figuring this out.  After hours and hours and miles of printout, I came upon a charge for a lowly thirty-seven cents.  Thirty-seven cents?  What kind of embezzeler were we dealing with, here?   Who steals that small of an amount?

I drummed my fingers on the table.  Thirty-seven cents. Thirty-seven cents!  I shouted to Ashley, “Thirty-seven cents!” We both grabbed for our calculators (hers was a pencil, did I mention that she’s super smart?), and there it was; all of the amounts in question were divisible by thirty-seven.  Grinning, we looked at each other and yelled, “Postage!”

Only one other person had access to our postal account.  We had found our thief, and something more.  Like every detective buddy film ever made teaches us, crime fighting is a bonding thing.  Ashley and I have been best friends ever since.

So, it’s ironic that she started her new role as Support Crew by receiving a stern lecture from the Post Office Lady.  Since the postal transgression in  question was actually my fault, I feel kind of bad.  I ordered the online postage for my first two mail drops, but forgot to change the date.  I am still not sure why this is important.  According to the Post Office Lady, it will look like they were late delivering and this makes the Postal Service look bad.  (So, people at Mountain Crossings, please do not look down on the Post Office.  My box is not late.  They are the innocent party, and I am the postal transgressor.)

I think Ashley should schedule pickups in the future and leave my boxes on the porch.  She has been my biggest supporter through all of my planning and preparation.  She works full time, goes to grad school, takes care of her mom, and has an active social life (her boyfriend is Sci-Fi writer John G. Walker, can I just brag about that?).   Plus, my mail drops have temporarily cost her most of her closet space.  She doesn’t need a lecture. 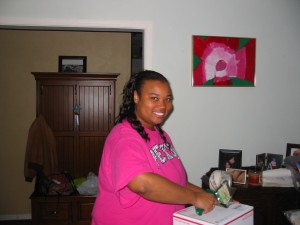 Kit Brady's first mid-life crisis occured at 40, when she enrolled in college because she could not afford a convertible. After recieving a degree from The College of William and Mary in Virginia, she decided to live to at least one hundred, thereby entitling her to a second mid-life crisis at age fifty. That crisis involves hiking the Appalachian Trail.