The climb out of any trail town is always a little brutal. Your belly is a bit bigger than usual, your food bag is fuller, and it’s always uphill. It was hot when we left Hot Springs, and Megan (trail name: Voldemort) had just caught up with me. We were barely a couple miles north of town and we were already missing it. In addition to seeing friends from home and family (I’m from near there) we had also been treated to a rare performance during our brief stay. A performance which got me thinking about other great walks throughout history.

That weekend, a local Civil War reenactment group was in town, and they spent most of that scorching saturday running and riding around the mock battlefield blasting each other with blanks fired out of perfect replicas of rifles, pistols and even cannons authentic to the era. There were hundreds of them, mostly men wearing heavy wool outfits, thick leather gloves and carrying bulky rifles complete with ammo pouches and horns o’ powder. They would stand at attention in the blistering heat awaiting just the right bugle call and then charge at each other, sprinting full speed and yelling, all the while wearing coats so thick you’d easily work up a sweat shoveling snow in one. 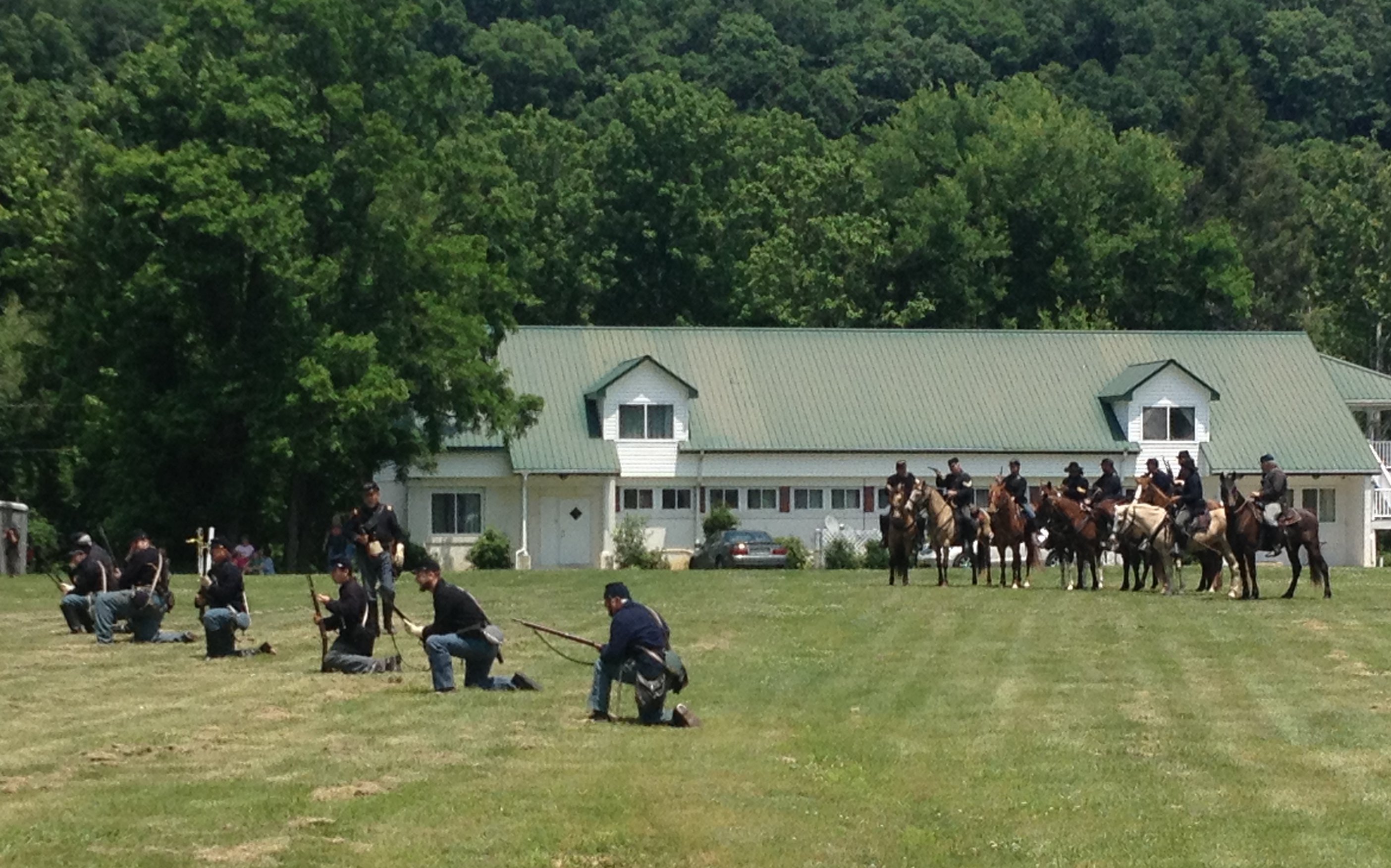 The “Battle of Hot Springs”

Minus the projectiles, the cannons were loaded with an historically accurate charge, and the first BOOM! set off car alarms as far away as Elmer’s place. What really impressed me was how calm the horses were.

Voldemort caught up with me to ask me what I thought about the spectacle. “Here’s what really amazed me,” I said. “You know how we were sitting in front of the laundromat earlier, unable to move because our feet hurt, and it was hot? And we were wearing shorts? Those guys back there had to wear all that heavy gear and fight after walking hundreds of miles. Crazy, right?”

“You’re crazy,” she replied. “I saw one of them get out of a minivan.”

“Not those guys. The ones who did it for real, back in the day.”

I had actually had this thought before, and so had a bunch of other hikers. It wasn’t the first time we were having this conversation. The idea had presented itself easily. Who else walked really far like we were doing? In most recent history, the first example we always thought of was soldiers. Those guys wore ridiculous outfits and walked from Ohio to Georgia, or some other similar distance. That’s it, that’s how you spent your summer if you were a Union soldier. “I’m going on a Thru Hike, Ma!” Where to? “Don’t know. Ain’t no trail!” They would hike hundreds of miles eating whatever the horses were hauling (usually beans) and slept on the ground. In the rain. And they didn’t like it.

The average day of marching for a civil war soldier was 10-15 miles. And when they got to town, there was no resupply. There was no hot shower, other than a shower of lead. You think the occasionally townie sneers at a hiker because we smell funny? Imagine carrying your current load plus a hundred more pounds and when you roll up into the hostel they start launching artillery at you. Kinda makes you realize how easy we have it.

So what other famous long walks are there?

If you grew up with a computer in the house, you probably remember playing Oregon Trail. Long before it became a popular way for children to learn about dysentery, The OT was an actual trail. Unlike the AT/PCT/CDT, the Oregon Trail, as you probably know, wasn’t a scenic footpath. At 2,200 miles it was never “officially established” but rather was a well known route from Missouri to Oregon established by fur traders in the early 1800’s. 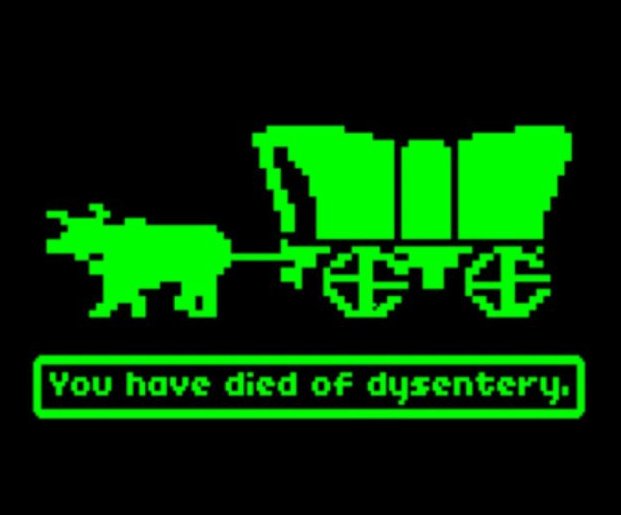 Around 1840 or so the people of Missouri had been hearing vastly exaggerated rumors of “sun filled valleys where it never snows”, “fertile fields of bottomless black soil”, and “vast rivers that are easy to travel”. In reality, these places were just as harsh as plains if not more so. Nevertheless, that time period saw a mass exodus and midwesterners migrated west via that famed trail.

They would pile everything they owned into a wagon and the whole family would begin their long hike on foot. The men, women and children would often walk beside the wagon, rather than ride in them.  While walking, the men would hunt and he women would forage. The oxen pulling the wagons were usually good for 15 miles per day at most. Again, no real roads existed, there were no towns and your resupply options were only as good as your aim.

At the turn of the 19th century, most of the land west of our beloved Appalachian mountains was a mystery. In 1803 Thomas Jefferson doubled the size of our young country by completing what was known as The Louisiana Purchase. Only problem was, we had very little idea of what we just bought. We knew that the new land extended from the Mississippi to the Rocky Mountains, whatever those were. Google maps was still a long way off and as far as we knew the Rockies were, “That way, really far,” and that was it. 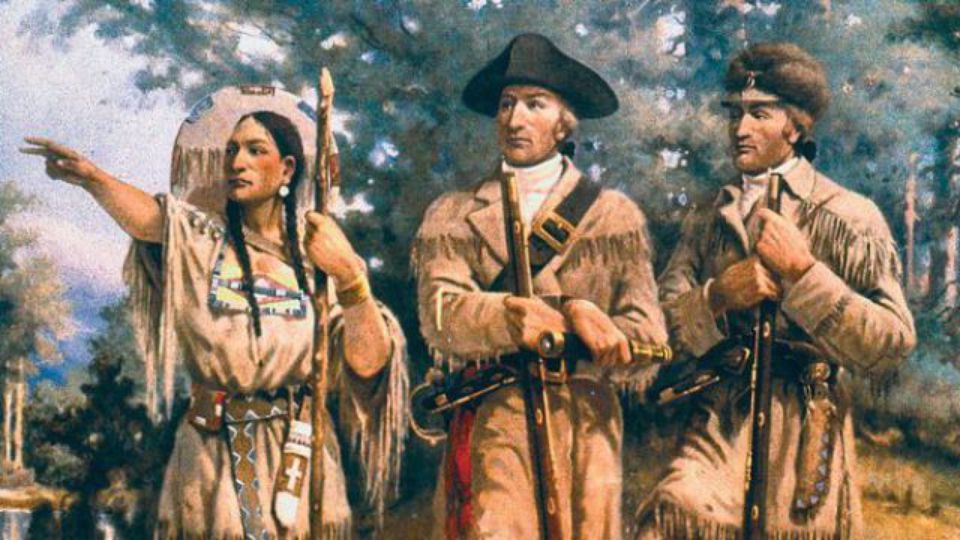 “Go that way… until it snows.”

In order to figure out what was out there, President Jefferson sent Meriwether Lewis and William Clark, plus a crew of 31 others on an epic adventure which deserves its own HBO seven season series. They named their 33 person trail family “The Corps of Discovery” and started walking in 1804. Their mission was to map the territory, see what was on the other side, and report back. Over the next three years the team covered over 8,000 miles by foot, horse, wagon and canoe. They cataloged hundreds of new species, discovered unseen wonders, started trade (and sometimes romantic) relations with native peoples, and found routes no European settler had ever seen. Basically, they blue blazed, yellow blazed, aqua blazed and even pink blazed a yo-yo of greater distance than a triple crown. Sadly, according to Hard Core Purisis, the Lewis and Clark expedition “does not count” because they brought a support crew with them.

Fun fact: it is believed that Lewis’s dog (Seaman) made it the entire trip!

This one’s not so much a walk as it is a badass adventure that I highly recommend reading about. River of Doubt tells the story. In 1912, after he was done being president, Teddy Roosevelt needed something to do so he rounded up a bunch of insane people and set off to explore the Amazon. You know, because he was bored.

Over the next couple years, the former president and his friends hacked through the jungle, climbed mountains, explored, struggled and suffered in ways that no explorers ever have. The craziness that went down on this journey make Lewis & Clark look like a run to the grocery store. Half of the crew contracted malaria, including TR. During one uncharted section of the river (remember, the whole thing was unmapped) the team was swept over a waterfall that destroyed all of their canoes. They spent six weeks camped out by the river, salvaging what they could, hunting and foraging, and building new boats. Six weeks. They finally got back on the river and lost everything in another waterfall just a few miles later. And that’s just one chapter in the middle. 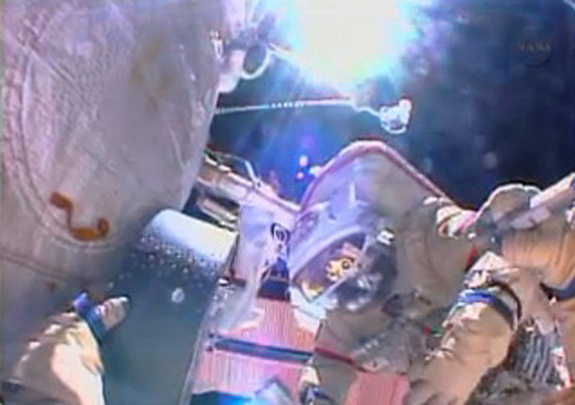 The ultimate in ultra light gear.

This is the ultimate in ultra light. Imagine if your base weight didn’t matter. Think of the possibilities: you could bring hundreds of pounds with you and it wouldn’t matter. (A typical astronaut’s suit weighs over 300 pounds!) Imagine covering thousands of miles in less than an hour. If only it weren’t for that pesky thing called gravity.

When you walk funny because you have a blister or a rock in your shoe. 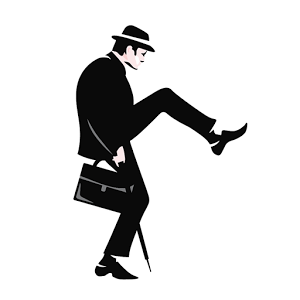