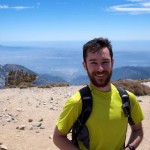 How I Learned to Stop Worrying and Love The Trail

Hello everyone, my name is Ian ‘Gas Monkey’ Matta and I’m hiker trash. As many of us already know, when we call ourselves hiker trash, we do so with pride. Like most hikers, my transition to love the woods was not immediate. As a 21 year old gearing up to attempt a thru hike this March, I felt it necessary to explore my hiking origins and how the Appalachian Trail altered me during my teenage years. 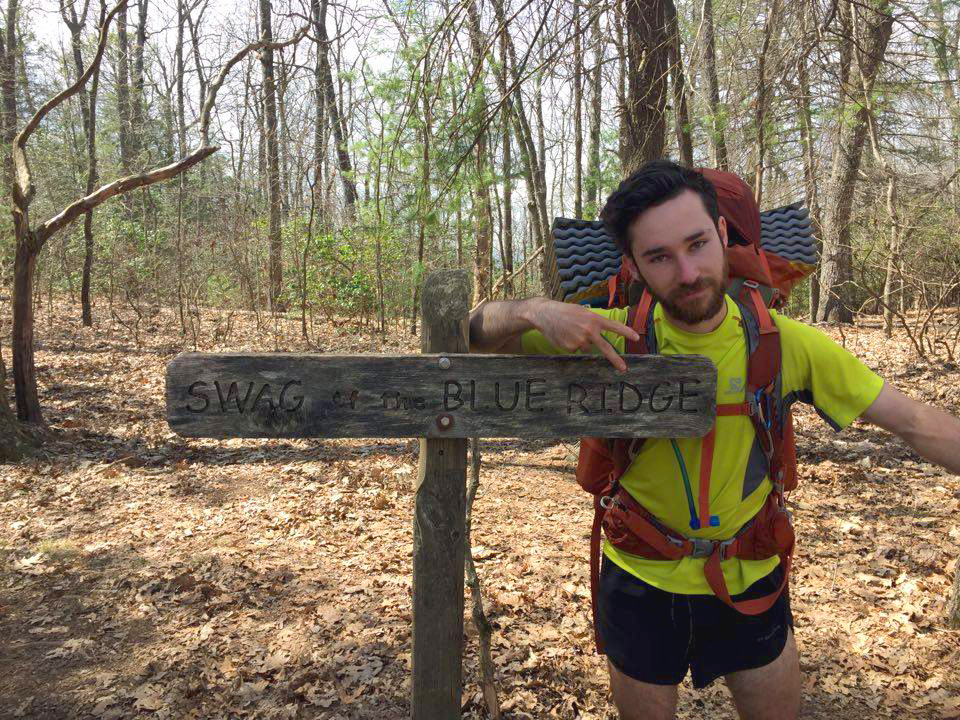 One of the benefits to growing up in Rhode Island with a nature crazed father and uncle was that visits to the mountains were frequent and authentic. My first interaction with the Appalachian Mountains started the summer I was born. My parents owned a two room cabin in Sandwich, New Hampshire that had very basic electricity and no running water. This cabin on Bearcamp pond became our summer hub as we would explore the White Mountains to the north, and the Ossipees to the south. While some of the most sincere and breathtaking moments of my childhood took place in this cabin, my true hiker self would not be revealed until I discovered the American Youth Foundation.

When I was 12 I first went to a summer camp called Merrowvista, which is a part of the American Youth Foundation. The Merrowvista campus sits on Dan Hole Pond inside of the Ossipee Mountains. Living away from my parents while being truly surrounded by the mountains was eye opening for me at the time, even if it was only for 2 weeks at first. My first two summers there were primarily spend on the main campus, however when I was 14 I started embarking on what is known as the “four trails” program. Four trails is truly where the American Youth Foundation shines in my opinion. The program is for teenagers age 14 – 17 and exposes them to long distance hiking, biking and canoeing trips. When I was 14 I was given a taste of the trail in Vermont around Mount Bromley, however at 15 I ventured across the Saddlebacks and Bigelows. It was this 11 day trip where I first caught the thru-hiking bug. 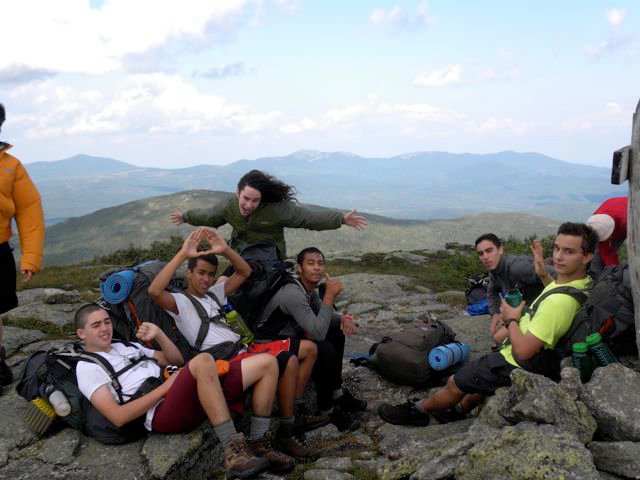 Saddleback Mountain 2010 (yes that’s me with the hair)

To this day I remember summiting Saddleback with dark clouds looming all around us, but never directly above. The storms narrowly avoided us, and we were treated to a sunny but windy summit and trek across the Saddleback Ridge leading to the horn. We ended up stopping between the Horn and Saddleback Junior at a campsite that had just begun being cleared, and pitched camp just below tree line. The last memory of that night was around 9 p.m. when a lonesome ultralight hiker also stumbled upon this campsite. The man’s name turned out to be “Lint,” the very same one from Lint Hikes. He was currently working on his 2nd triple crown; an achievement that I was too unexperienced to comprehend at the time. He ended up sitting down with us and recounting what the trail has to offer, how nearly everyone left their biases at the trailhead, and the true compassion he experienced over the last 6 years he spent thru hiking. Never before have I seen a group of 15-year-old guys so captivated and inspired.

Skip ahead a few years to when I was 17, I was embarking on my final journey as Merrowvista camper. This time we were spending three weeks hiking the last/first 126 miles of the AT through the 100 mile wilderness and ending at Katahdin. Experiencing this section of the trail not only through my own perspective, but through the faces and stores of those finishing the trail was something indescribable for me. It was now that I knew with certainty that the trail had me, I knew anywhere that had a white blaze and good company could be called home. 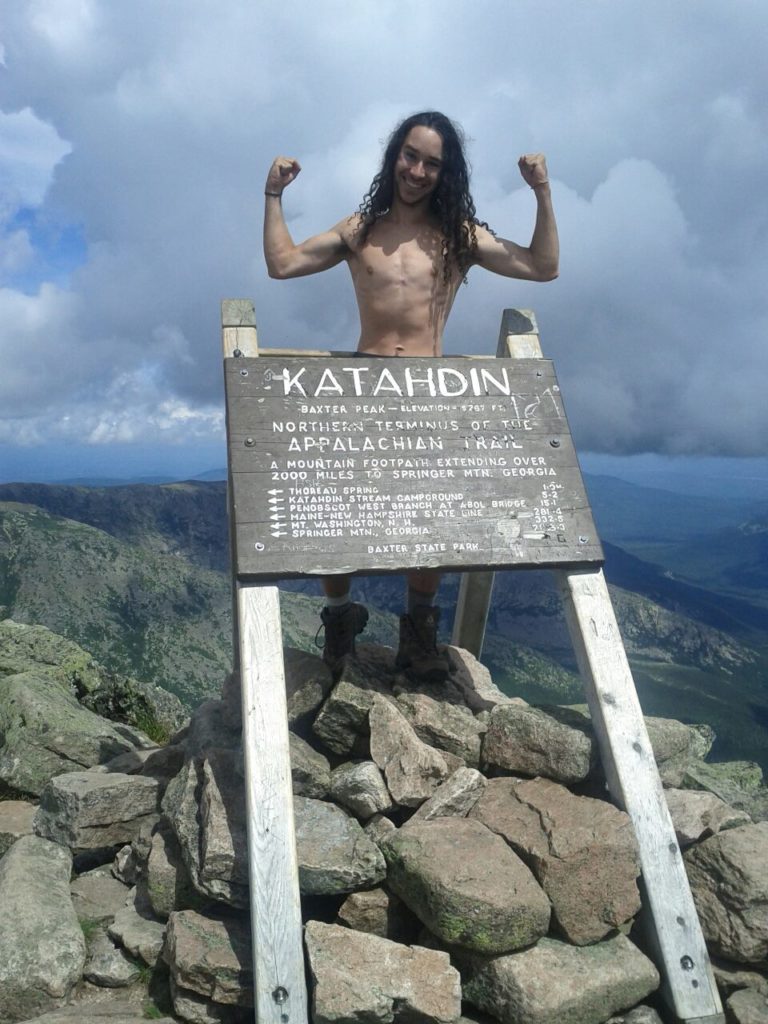 Over the past four years I have been in Savannah, Georgia perusing my BFA in Visual Effects. The downside about costal GA is that it is four or five hours by car to the trail. To get in my fix of hiking in I’ve spent my spring breaks hiking the GA section of the trail. Instead of getting piss fisted in Cancun or blackout drunk in Savannah, I would spend the couple weeks walking all day, waking up in the cold, and laughing with the most genuine people in existence. Everything I love about hiking was amplified as soon as I became in charge of my own hike. I believe it’s been over the past two years where I’ve learned the most about the trail life and how to thrive.

These spring breaks have also been when my true hiker trash self was born. Hitchhiking is no longer scary, I’ve learned to live with a constant stink on me, and I now appreciate beer no matter how warm it might be. I’ve shared the trek with the likes of Lil’ Santa, Lucky, Mouth, and Turtle to name a few, some of whom became instant friends while sitting at a campfire at Lance Creek. 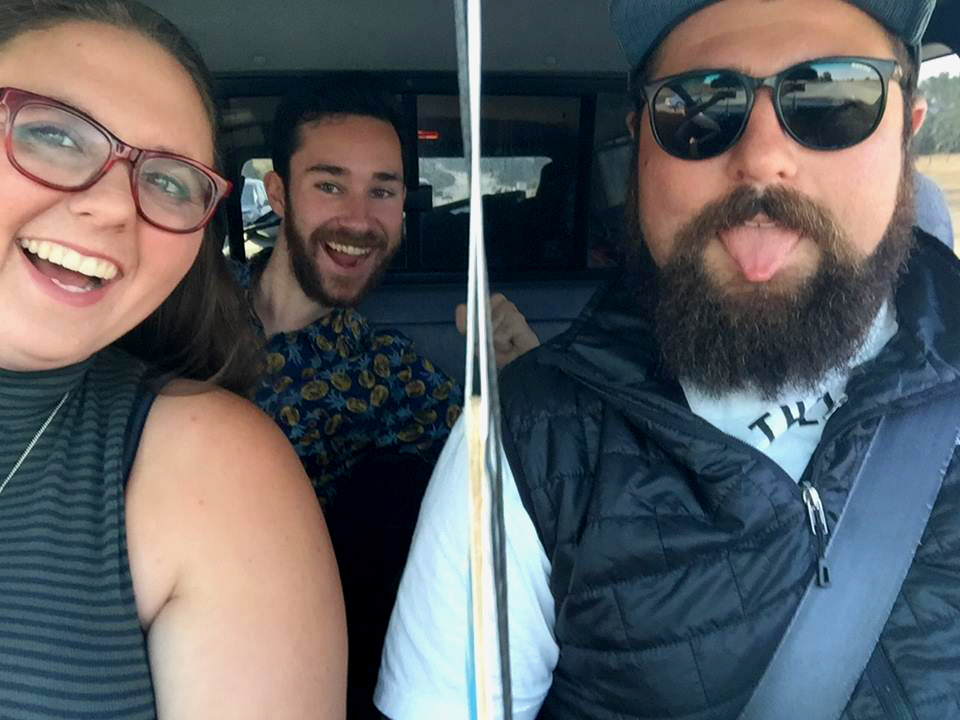 My college graduation is set for March 14th. Spending the next five months focused on making the best art I can will not be easy as the trail becomes ever more present in my mind. I long for those beautiful days spent crushing summits where my only thought is if I’ll be eating couscous or ramen for dinner.  I’m going to ride this excitement all the way to my degree a take a very needed five or six months away from computers and stress.  I greatly anticipate the spring and the migration of hikers to Georgia, I’ve a good feeling it’s going to be one heck of a walk.

Greetings everyone! My name is Ian 'Gas Monkey' Matta, and I'll be hiking NOBO come March of 2017. I'm currently finishing up my degree in Visual Effects at the Savannah College of Art and Design in Georgia with my graduation set for March 14th. (perfect timing.) I first caught the thru hiking bug back in 2010 during a 10 day section hike through the Saddlebacks and Bigelows. Since then I have had the opportunity to hike the 100 mile wilderness, portions of the White Mountains, the whole of Georgia, and countless other mountains on both the east and west coast. I return to the trail because of the serenity and non-aggression. I am a happy guy by nature and the AT provides an escape from all things stress, politics, and judgement. I'm ready to leave my worries at the doorstep, and live life out on the loose for a bit.