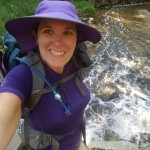 Compared to many other states on the trail, Massachusetts doesn’t have a lot of elevation gain or loss.  I’ve now hiked a little over 80 of its 90.5 miles of the AT (the steep climb up Mt Everett is still to come), and it’s seemed easier than Shenandoah to me.  As a result, I’ve finally gotten to experience the trail as more of a mental challenge than a physical one.  And the mental ups and downs have been pretty steep.

I had been doing day hikes heading north from around the middle of Massachusetts near where I was staying with my folks and saving the southern part as a section hike.  The northernmost bit of Massachusetts had enough of a rockslide section to make things interesting with a few blueberries just ripe enough to pick up at the top.  I savored the thrill of crossing into Vermont and ended my day muddy and grinning.  Feeling triumphant and ready to get back on the trail for the southern section, I tossed my mud-covered clothes in the wash as soon as I got back… with my phone still in my pants pocket. 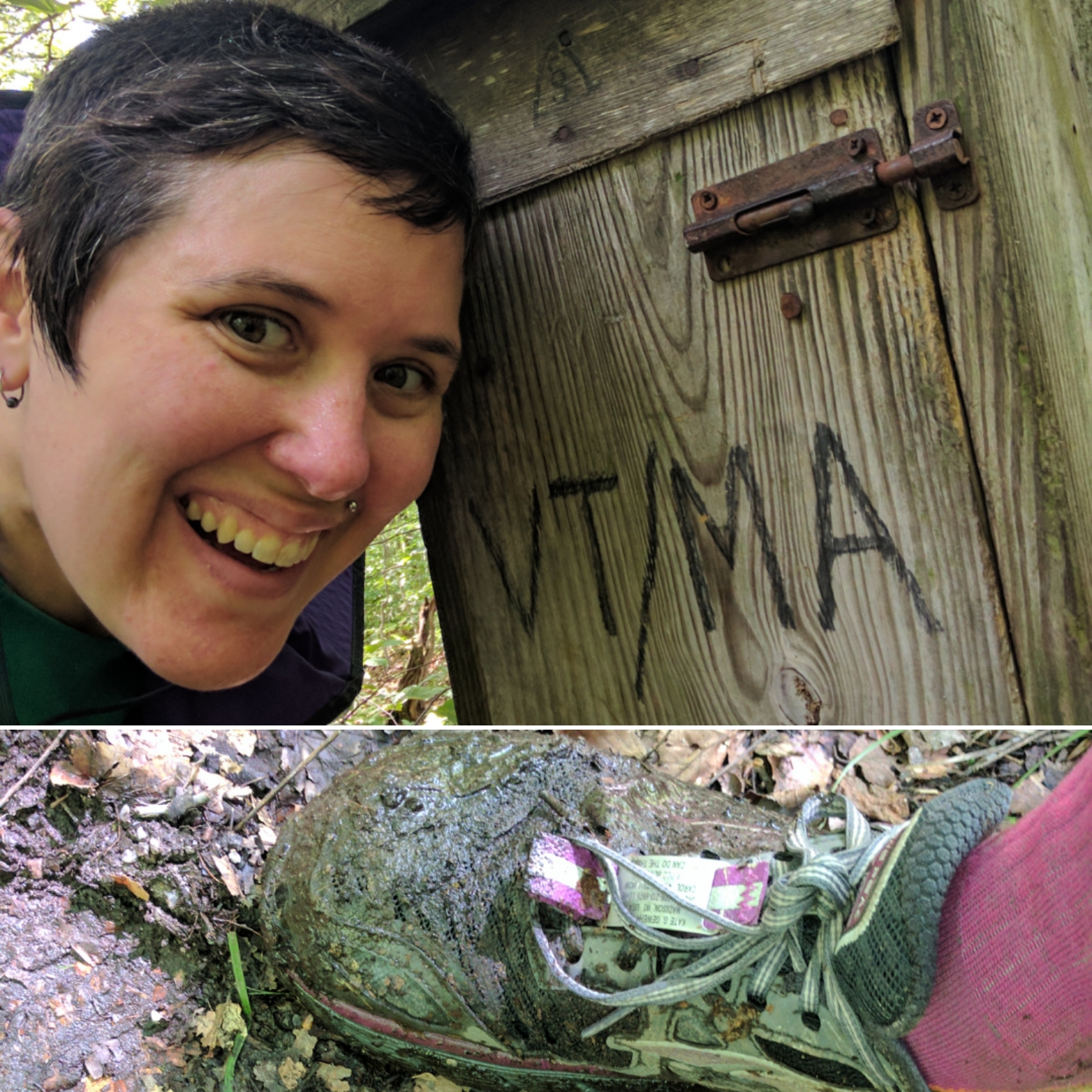 Fortunately, I had insurance on my Google Pixel, which was now useful only as a paperweight.  Unfortunately, the replacement was on backorder.  Fortunately, I had my beloved Ginger Dragon helping me out by not only dealing with the insurance claim but also shipping me his old Android phone for me to use until my new one was in stock.  Unfortunately, it was the 4th of July weekend so the mail would be delayed by the holiday.  My stepdad kindly offered me the use of his iPhone, and after some thought, I decided to go ahead and load up Guthook’s on it and try a 3-day section hike while I waited for my replacement to arrive.  Unfortunately, the iPhone was complaining about being out of storage space, even after my stepdad deleted a few hundred photos. 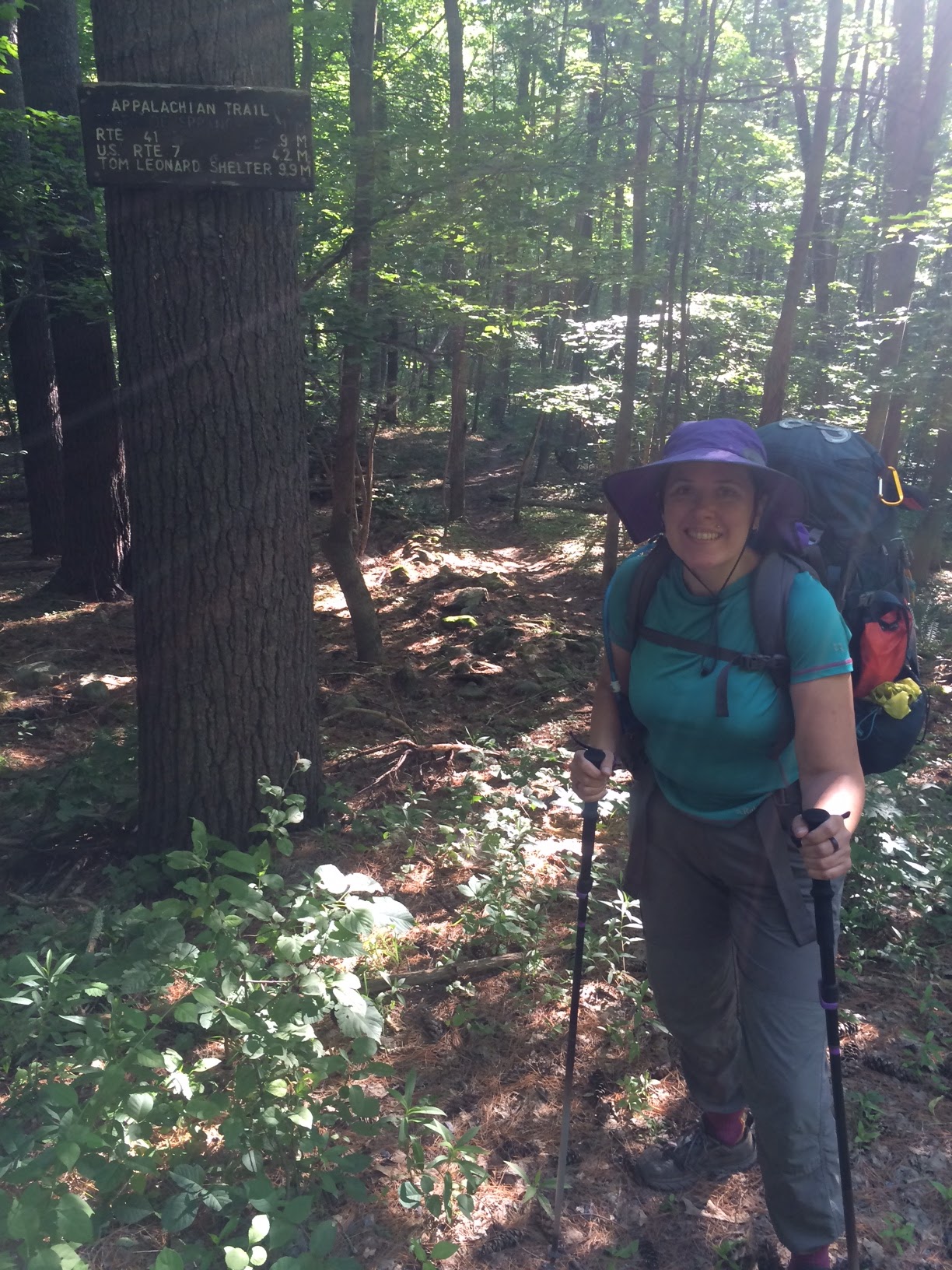 With the borrowed iPhone in my pocket and a fully loaded pack of about 35 lbs, I set out from Jug End Rd.  It was a beautiful day, sunny but not too hot, and I hiked through gently contoured fields interspersed with patches of woods for miles before I reached my first significant uphill.  I stopped for a snack on a rock outcropping with a view of distant mountains, and a fresh breeze kept the mosquitoes away. The terrain had become rocky and there were some steep sections, but I made it through at a decent pace for me with a perfectly reasonable amount of panting and sweating, and thankfully only had a few minor slips on leaf-strewn rocks.  It was as perfect a hike as I could have asked for, and I arrived at the Tom Leonard Shelter at about 1:30 feeling… utterly defeated. 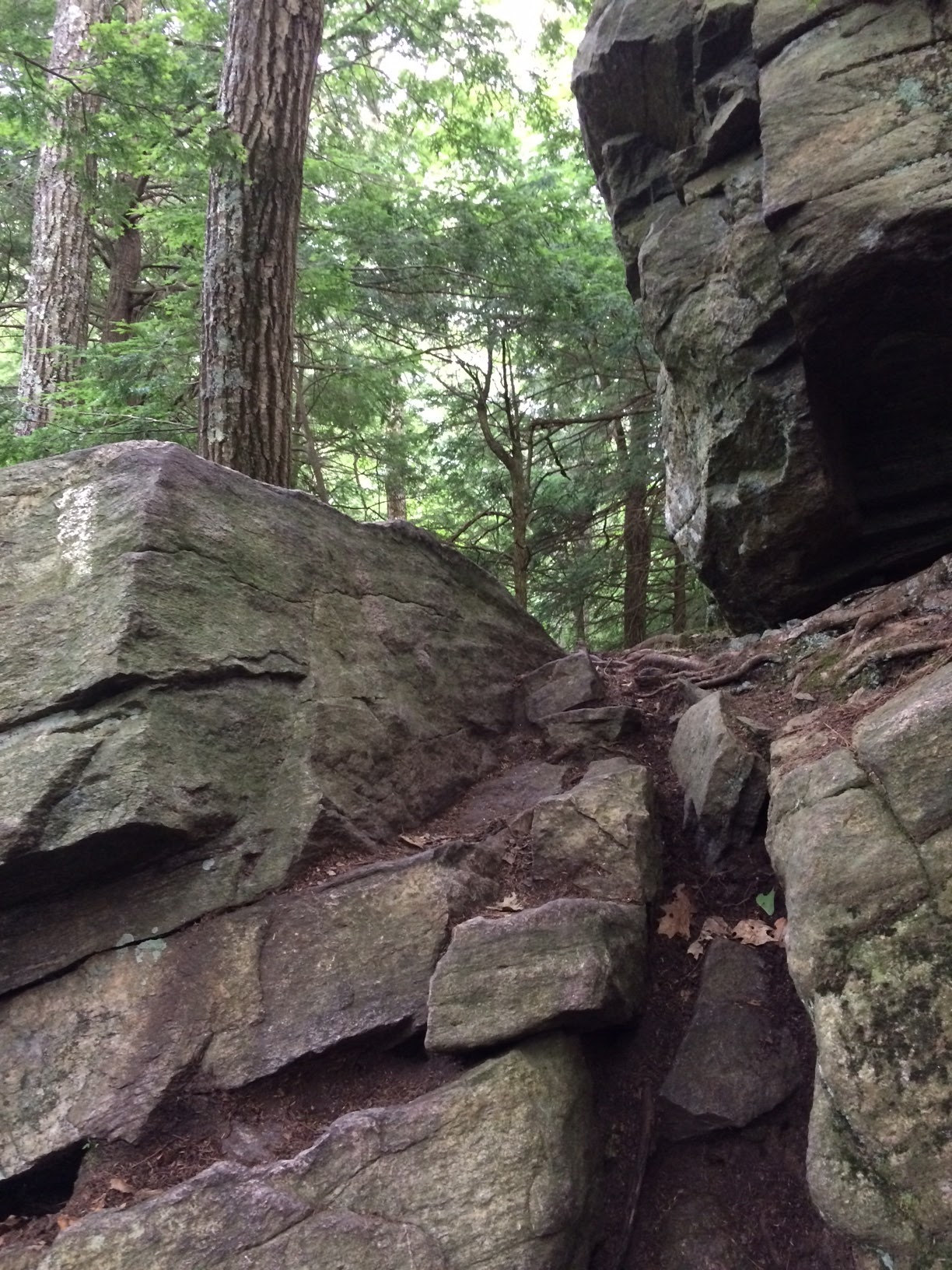 I spent the afternoon “mostly reading and mentally flailing” according to my journal.  I felt like I’d never get my trail legs, had no chance of making it through New Hampshire, and was having serious doubts about my will to even make it through the last 30 miles I had left of Massachusetts.  I did manage to make it the steep half mile down to the water source, but didn’t take a scoop, so could only gather less than a liter of water into my container and knew I’d have to make the trip again.  I also spent some time deleting pictures from the iPhone, since it had run out of space shortly after my snack break, and it felt like deleting my memories of the things I’d managed to find beauty in that day, despite my wretched mood. 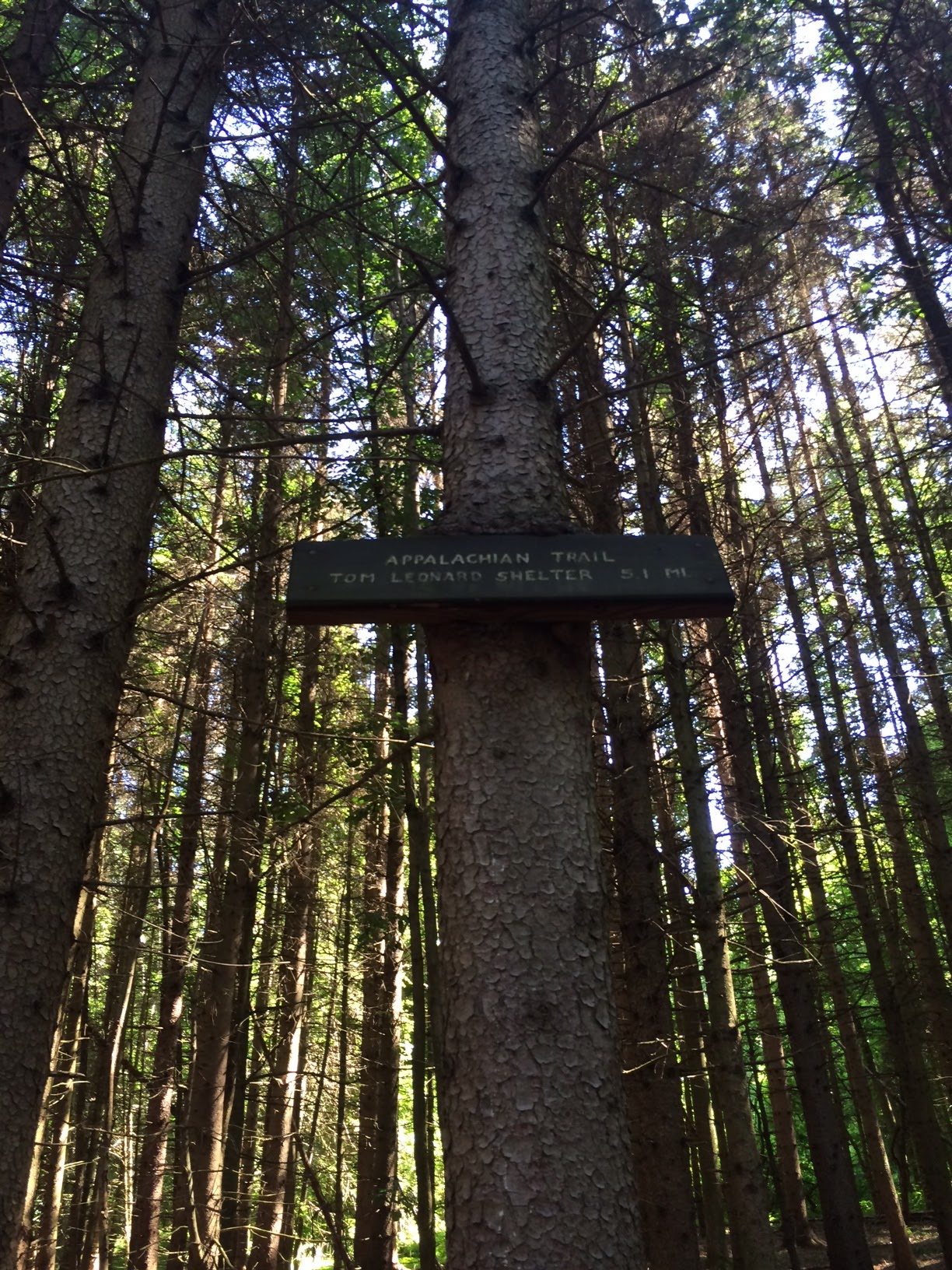 A thru-hiker who stopped by to get water and rest for a bit on his way to the next shelter was the highlight of my afternoon.  The first hiker to actually set up camp mostly kept to himself (possibly in order to steer clear of the dark cloud over my head), and the mosquitoes were getting more persistent, so after dinner I holed up in my hammock and didn’t even meet the other two hikers who showed up just before dark.

I should have been looking forward to a night in the woods after only doing day hikes for weeks, but I couldn’t even muster up enthusiasm for that.  I tried to dig deep and find some hope that things would seem better in the morning, but I couldn’t see the faintest glimmer.  Despite the bright moon shining down on me, I was smothering in deep, dark despair.  I called my stepdad and asked if he could pick me up in the morning just a few miles on. 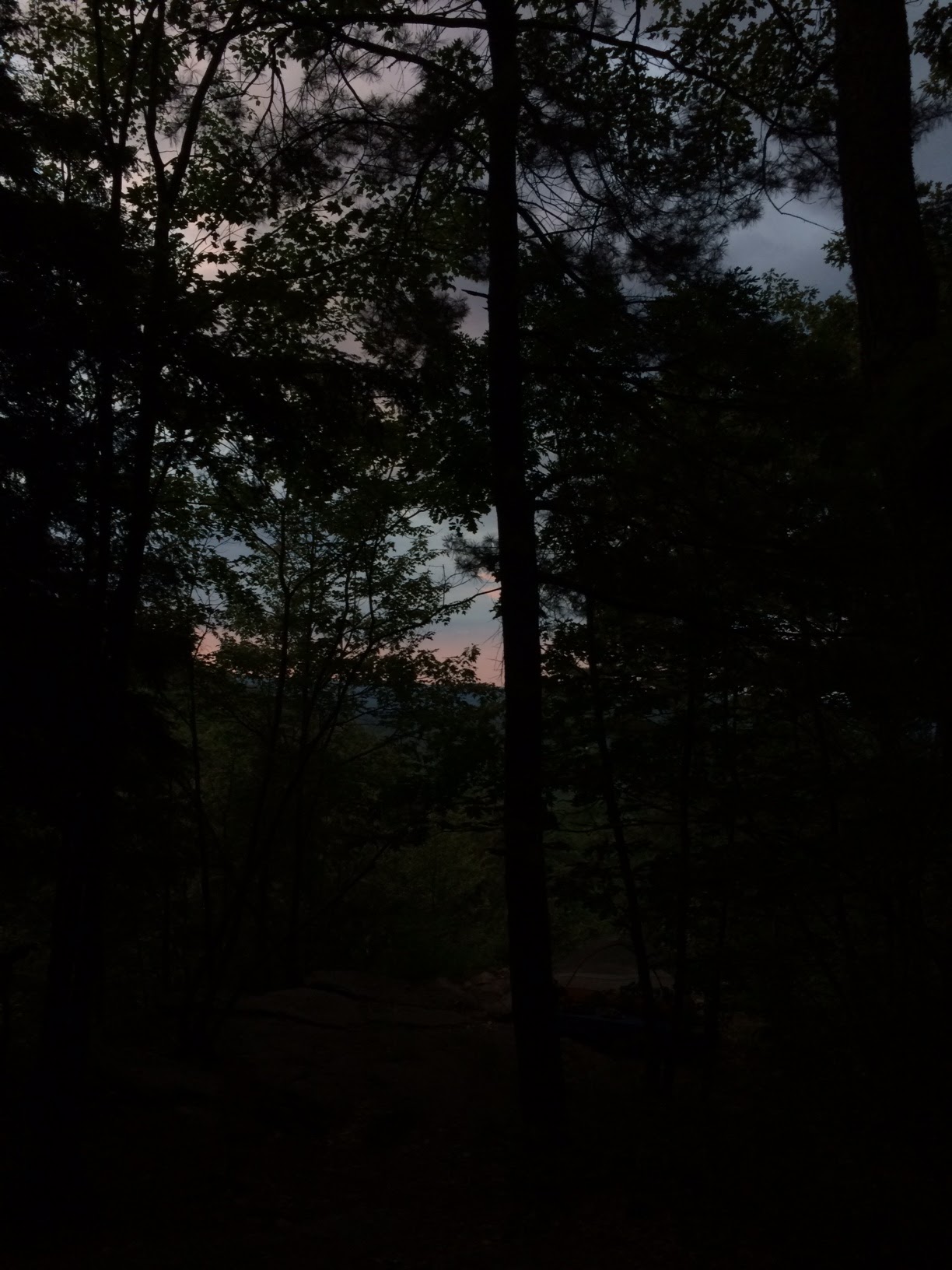 So we leave our hiker heroine still trying to climb out of the chasm of despair.  But don’t worry, she was back on the trail just a few days later, and what lay on the other side of that awful chasm was a land of enchantment that I’ll write about soon.