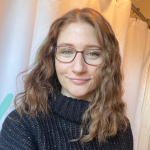 Published by the Appalachian Mountain Club Books in 2000, A Journey North by Adrienne Hall was generously gifted to me recently by a friend who had read it already.

Even before my decision to hike the Appalachian Trail, I began obsessively reading as many firsthand accounts of thru hiking success to really learn what it’s all about. A close friend of mine was attempting a hike and it had me inspired.

There are three main things that these writers generally talk about the most: the terrain and geography, their own personal development, and some history/interesting side info about the trail.

Authors usually focus on one aspect more than others, but nearly all of them include these three topics. This book was a pretty good balance of all three.

Hall is a highly educated woman, and at times her training as a biologist can make reading the denser portions of side information a bit daunting.

However, she never claims anything without the statistics to back it up, which is nice during a time when some people are skeptical about whether or not all the writers actually have the experience to back up their stories.

Hall travels with her boyfriend the entire trip, and they end up beginning the hike in the middle of February, becoming the fifth and sixth to attempt that year.

The two of them end up with just about the worst weather I’ve ever heard of in terms of a hike. Extreme weather patterns and a poor shelter decision leave them alternately cold, hot, buggy, and wet.

It is clear that if either of them had been alone they would have quit for sure, but together they end up beating all the odds and making it to Kahtadin together.

There were some really interesting environmental and cultural aspects of the trail that Hall touched on, including  the effects of the trail on wildlife, private land development challenges, and exactly how the trail was established and has been maintained by individuals over the years.

Hall discusses the challenging aspects of being the only woman on the trail during her hike, including period woes, awkward clothing snafus, and fighting to cover as much distance as the men. It’s interesting to imagine what that must have been like.

Her discussions meander into the spiritual toward the end of her hike, and a discussion about the first trips up Kahtadin, and what has changed since then. It is a satisfying conclusion as the two of them summit the highest point on the trail, concluding their 2,200 miles journey.

Although the Amazon reviews for this book are not stellar, I did enjoy reading it. Before this one, all the accounts of thru hikes that I read were written in the past couple years. Hall captures the trail in a very specific point in time, and just making the mental comparison between then and now is fascinating.

And, as always, when I read one of these accounts I end up pining for the trail, even after reading about all the struggle that’s involved. Here’s to getting out there and seeing how it’s changed since A Journey North.

My name is Liz, and I'm one of your friendly neighborhood bloggers here at Appalachian Trials. Originally from Western Massachusetts, I am flip-flop hiking the AT this year, beginning in Virginia in May. I love to share my experiences with others, and in general learning as much as I possibly can. I look forward to many years of travel and backpacking ahead of me, and the AT will be an introduction and an initiation into the lifestyle. I hope you find my writing entertaining and informing. Happy Trails.