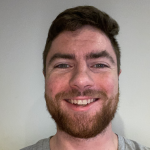 Meeting the Rain: A New Challenge

We jumped on the Approach Trail on Saturday, March 7, in the midst of the kickoff festival. We actually had no awareness of the festival and may have missed some cool things but we weren’t interested in delaying our start. Quite the opposite, actually; we were all bouncing off the walls in that nearly pleasant mixture of excitement and anxiety. The morning of, we were in and out of the breakfast buffet in 20 minutes and on the trail by 8 a.m.

Quick aside; the Amicalola Lodge is quite nice. Would recommend 10/10.

We started into the Approach Trail and right off the bat Alyssa confessed she was huffing and puffing, and apologized for the struggle, which made the rest of us feel better, because we were ALL struggling right off the bat. Not the most auspicious start. At this point, with about 50 miles under our belts, I’m realizing that the Approach Trail really was a tough way to start. On the upside, including those 8.8 miles puts us over 2,200 miles total!

Aside from our questionable conditioning, things went incredibly well for us from the start. We got four straight days of sun with no rain at all, which is pretty damn lucky, as this region of Georgia experiences more rainfall annually than Seattle does (by a significant margin, too). Well, we had no idea about that, but we knew the AT in general would be rainy. More on that later.

We crested Springer Mountain around 1 p.m. on Saturday and set up for a little lunch after a photo shoot with the Southern Terminus plaque. It was our first taste of one of the best things about this trail (in my humble opinion), which is reaching a summit and glorying in the view! I actually don’t have a picture of that view, because as usual the phone camera simply can’t do it justice. I will try in the future, though. For you guys. 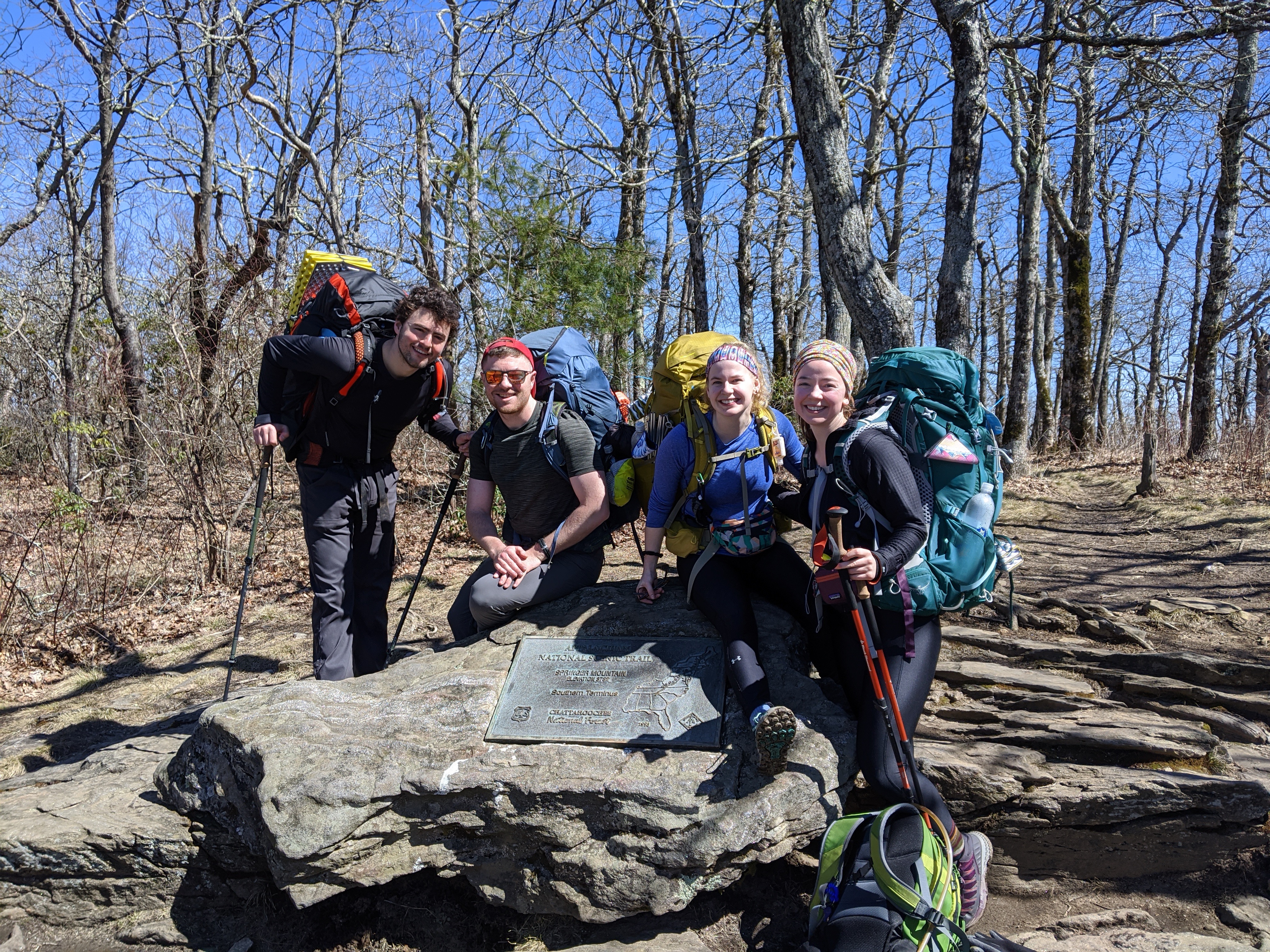 Friendly day hikers were more than happy to take a picture of this iconic moment.

The Climb Up Blood Mountain

On the fourth day we met the rain. It was only a little more than a drizzle, but still enough to be a major stressor. Up to that point I’d had no experience at all with rainy backpacking. Let me tell you, there is something truly awful about seeing rain dropping into the last bastion you have against the wilderness. Granted, it was only happening for a few seconds and the effect was negligible, but still you just hate to see it.

Once we got out onto the trail, it picked up into a real rain. It was a hell of a day to experience the rain for the first time. We were heading up Blood Mountain, which is an intimidating name for an intimidating mountain. It was the first real climb of our trip, and it was complemented by the rain and a fog so dense we could barely see 20 feet ahead of us. Parts of the trail were bare rock face and slippery as all hell in those conditions. 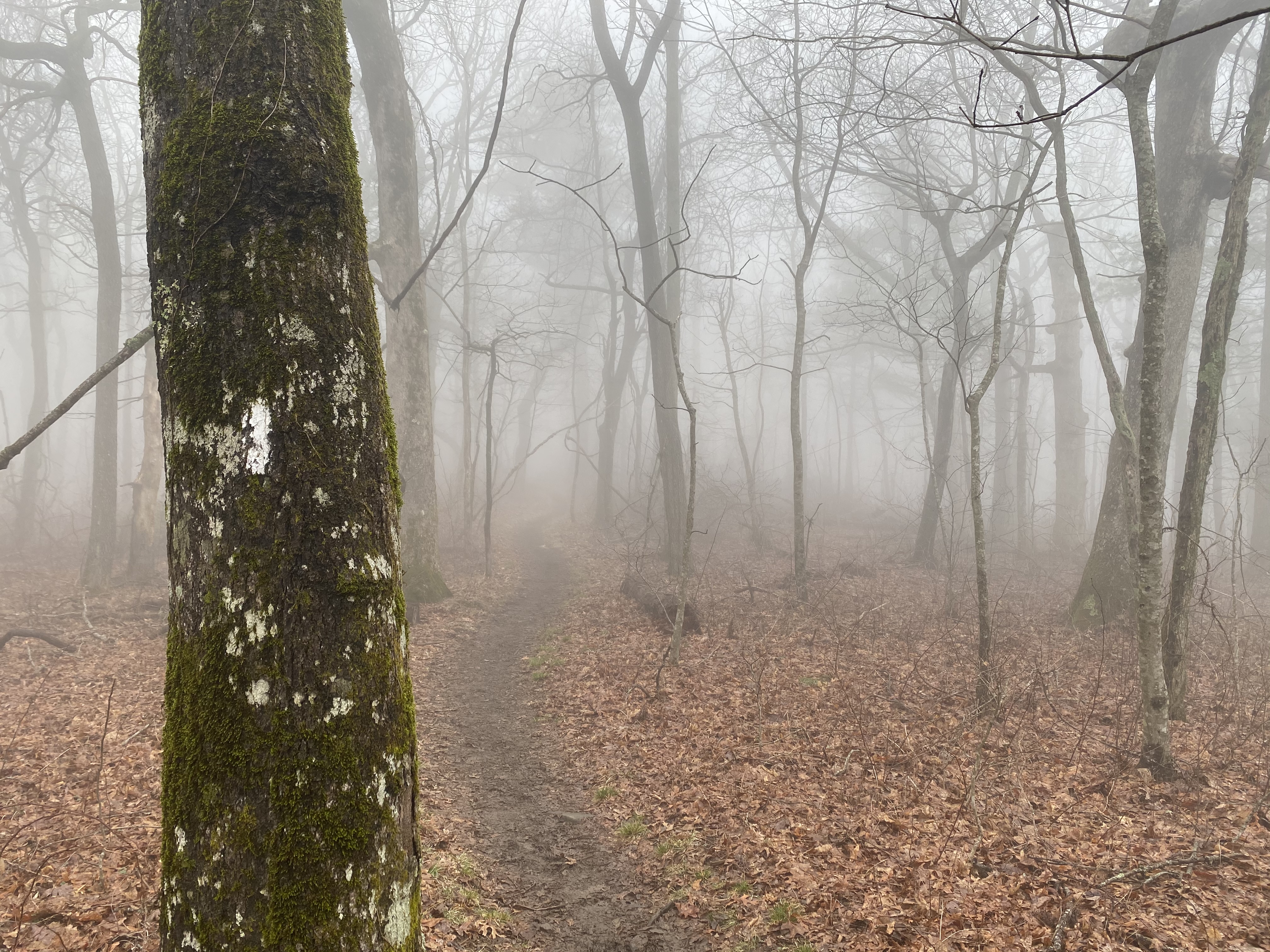 A shot before starting the climb. Fog so thick you could barely see the mountainside sloping away!

Coming down from Blood Mountain, wet and cold for the first time, it was an easy decision to call our first nero and head into Blairsville. It felt a bit ridiculous but even after four days on the trail it was great to hit town and have some hot meals. We also got in touch with Donald “Grateful,” who runs The Grateful Hiker in Blairsville. He’s the epitome of hiker trash and an awesome guy to hang out with! I recommend stopping in for anyone who hits Blairsville.

I come from a big, mixed family, which has been pivotal in developing a sense of closeness with those around me. It also plays a role in my ever-changing definition of the word "family" and the individuals I include in it. Growing up, I wanted to become a Renaissance Man - to be well rounded in my interests of art, literature, sport and social interaction. I love reading (especially sci-fi and fantasy series), and I have a great respect for the written word and the power it can carry. I've been a runner, a wrestler, an editor, a tutor, and most importantly a listener. I find the best way to connect with a person is to simply listen to them. I've had three jobs since graduating with a college degree - none of which have related to that degree - and I think I'm well on my way to becoming that Renaissance Man I always envisioned. Now I'm taking time away from my career path to hike the Appalachian Trail as part of the 2020 NOBO class, and continue to develop my personal philosophy.