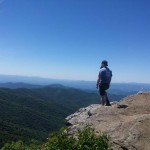 On Hiking With A Knife

I wouldn’t be caught dead in the wilderness without a knife.  Plain and simple.  I was always taught that you never go into the woods without a.) telling someone where you are going and b.) a knife.  Which is why I will be carrying one on my hip during my thru-hike this year.  I haven’t quite figured out which knife I will be wearing as I have many to choose from.  However, I do know I will definitely be wearing one.  Here’s why. 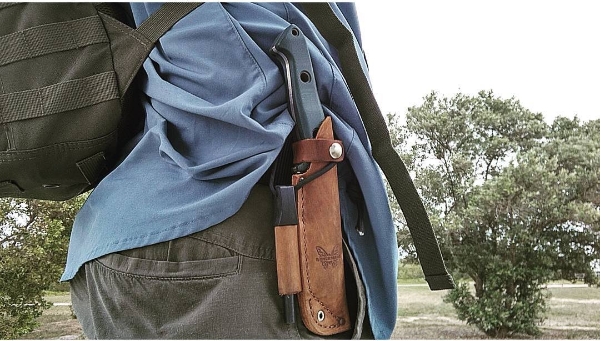 My Benchmade 162 Bushcrafter. I HIGHLY recommend this knife.

Who Wears A Knife?

Basically, any outdoorsman worth his/her salt carries a knife.  Horace Kephart, Ray Mears, Dave Canterbury, Cody Lundin, Les Stroud, Matt Graham, Laura Zera, Bear Grylls, Tom Brown… All of these people are better in the back country than you are and none of these folks would EVER go into the wilderness without some sort of edged tool.  Sure, they may not be “hikers” but they share the commonality of the exploring the wilderness with hikers.  And Matt Graham is a damn superhuman.  He RAN the PCT in 58 days.  RAN. IT.  58 Days.  For most people running 58 feet is difficult.  You could start a NOBO of the AT at the same time as this guy, he will complete the NOBO, pass you on the SOBO and then pass you again as he rehikes NOBO.  He’s a silly, freakish man with a amazing beard. 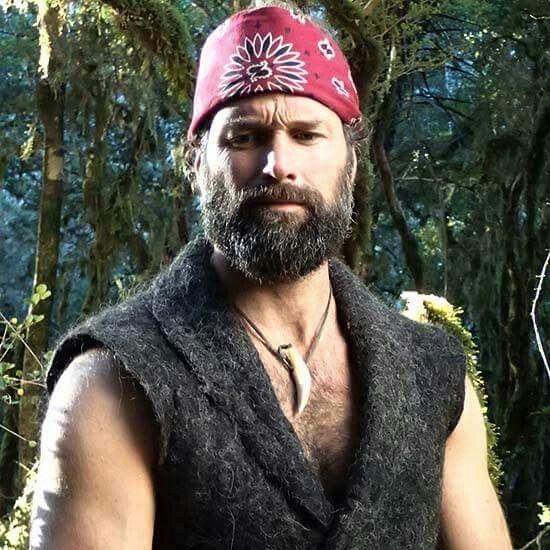 Matt Graham trying to figure out how he can run to the moon and back.  Image courtesy of Pinterest.

What Type Of Knife

When most people think of wilderness or “survival” knives, the first image that pops into their head is the Rambo knife.  You know which one.  It has the big, Bowie shaped blade with a (useless) serrated back and a handle that pops open at the bottom with survival goodies.  No, folks.  Nope.  That knife is crap.  It was designed to be an impressive knife for a bad ass in the movies.  A proper wilderness knife should possess the following features:

On the subject of steel, each type has it’s advantages and disadvantages. Carbon steels rust easily if not properly maintained, but are generally easier to sharpen and are great to use for striking a ferrocerium rod to make fire.  Stainless steels are more wear resistant and easier to maintain but are often harder to sharpen, as is the case with some of the newer “super steels”.  Some of my favorite types of steel are 1095 (carbon), S30V (stainless steel), VG10 (stainless), D2 or O1 (tool steels), or any of the Swedish Steels such as Sandvik 12C27 and the like.  For the AT, since I will be going for a while in various weather conditions, I will more than likely be using a stainless steel knife. 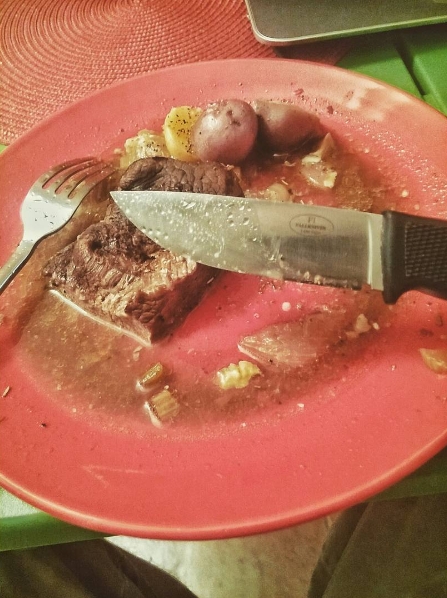 Overkill? Absolutely not my friend.

Why Wear A Knife?

I know, I know, many folks think it’s overkill carrying a knife on a well worn hiking path such as the AT. I have debated the topic with these people (mostly ultralighters) a few times.  I’ve heard of people carrying everything from a Leatherman or a Swiss Army knife, to a simple razor blade, or absolutely no edged tools at all.  That’s fine.  To each his/her own.  But to me, that’s just crazy.  A Leatherman or Swiss Army Knife is a great tool to have AS A BACKUP to a knife, but as a primary edged tool, they don’t cut it.  Pun intended.

You may not need anything more substantial to open a food bag or cut cordage for a bear bag hang while you are hiking, but spending as much time in the wilderness as you do during a thru-hike, there is always the possibility that you could get lost.  It happens to people all the time and people die.  Not just on the AT but everywhere.  I could list a couple of anecdotes here as examples to that point, but that’s a whole other article in itself.  Simply put, anything and everything can happen and because that possibility (getting lost and dying) exists, I will carry a knife.  I would rather have it and not need it than need it and not have it.  I live by the saying “If you’re not always prepared, you’re never prepared.”

39 years around the sun. Father of two. I'm also heavily bearded. I'm an avid outdoorsman and I have an unnatural obsession with craft beer. I am currently living in an RV near Asheville, NC, hiking my face off almost every day and loving every minute of it. I started hiking the AT NOBO in 2017.