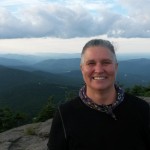 Once more into the unknown…

Once more it seems I am heading off in to the unknown and people I care about are concerned.

Last time I left from Harpers Ferry to do what I thought was going to be my flip flop thru hike of 2015 it was the fact I hadn’t done anything like this before that concerned folk.  Sure I had solo travelled, I was 45 at the time but generally it was done by plane, train or automobile; not my own two feet and a heart beat. And well, I didn’t present as your average thru hiker being neither in my 20s or my 60s; nor terribly fit. What I did have going for me was that I was (and am) rather determined.

Being truthful on the anti making this happen, the pack at 50lbs and the boots that had only been worn on the relative flatness of Ontario were kinda against me.  Maryland almost did me in until I had ‘a come to Dagmar’ moment and decided to really embrace the HYOH philosophy.  I pulled off the boots which had rubbed my toes raw and put on my sandals and started again this time determined to hike my own hike which I realized was going to take the 270lb average height female a bit longer than everyone else.  It was about then that I decided this was about walking to Maine along the AT rather than the do or die goal of this must be a THRU hike.  At the time I didn’t know the term LASH ( Long Ass Section Hike) but that is what it became as suddenly a growing leg infection picked up in the Mahoosuc Notch took me from the trail just south of Stratton, Maine.

Took over nine months for my leg to heal

It took over nine months for my leg to heal (welcome to the world of hiking and having immune issues). By May 2016  I decided that I just couldn’t continue on my trek in 2016. Since Doctors orders allowed very little movement let alone actual exercise I had lost all I had gained from the 960+ miles of hiking the previous year.

So now the plan is to walk the AT to Georgia from West Virginia starting in August 2017 and folks up here in Canada are once again concerned for me for different reasons.  The miles don’t bother them so much, they have been through this once before. (They know to expect cracked heels and painful knees moaning.)  I think they trust my ability to “Step, breathe, repeat” (which was my mantra and on my Road ID bracelet).  What they are more concerned about, I think, is to see their feminist, leftist, independent friend who could be called by some a “nasty woman” to walk alone in foreign lands that seem to have drawn a line which she crosses often.

I will admit I spent time wondering whether or not I wanted to hike in President Trump’s America next year.  But the more I thought about it – I decided It isn’t who or who is not the President or even who runs what part of the government that would ever bring me to hike somewhere.  It isn’t even the landscape (though I so enjoy my hours of hiking with and without views finding moments of perfection, purple mushrooms and trees in the mist on the third of innumerable misty rainy days).  For me the solo hiker who did spend days at a time not really talking to folks it is the people.  Never on my trek in 2015 did I ask someone their politics – I asked about why they were hiking, what made their heart sing, and who they carried with them as they walked.  I heard stories of the community at home who supported them, or didn’t; the grandchildren who called or the partners waiting at the other end to take them home.  I met folks in town who never knew the trail came this close to their town, who wondered if I was hiking or homeless, who provided that small bit of trail magic when it was the needed thing to keep me heading in the right direction.

Those are the people I hope to experience in the midst of all of my trees, rocks and blazes. I am hoping you will come with me as I work out the getting to the trail – revisiting plans, pack weights & gear as well as getting back to a better hiking weight – and along it to meet the folks with me.

My name is Kirsten, known on the trail as Dagmar. I am a LASHer. Self definitions when you take months out of a year to hike become a bit strange. In 2015 I started out on a flip flop thru hike of the AT which due to injuries and life became a walk from West Virginia to Maine. The world of long distance hiking was new to me; I had done numerous miles (or kilometers since I am Canadian) on trails in Nova Scotia, Ontario, and even British Columbia but I had never gone out for more than a day. I read everything I could get my hands on from factual texts, gear books, and personal tales.  Nothing prepared me for the reality but everything was valuable.  I am heading back August 2017 as I want to cover the miles from West Virginia to Georgia. This time I think I know what to expect (I will likely be proven wrong). I am trying to prepare mind, body and pack for the trek ahead.