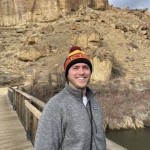 Permission to Launch – An Introduction of an Appalachian Trail Thru-Hiker

Howdy, y’all! Allow me to formally introduce myself so that you have some context for my future ramblings. My name is Ryan, and as you can guess from my greeting, I’m a native Texan currently based out of Austin (yes I qualify for the Native Texan License Plate). On March 5th, I will be hitting the approach trail at Amicalola Falls and heading north on my northbound thru-hike of the Appalachian Trail.

The Appalachian Trail will be my first long-distance thru-hike, but it is far from my first outdoor outing. Like many other thru-hikers, I was first exposed to backpacking when I completed a two-week trip at Philmont back in high school. My pack was astronomically overweight and my gear was absolutely not dialed in (lots of cotton), but I was immediately hooked. My enjoyment of Philmont led to me redoubling my efforts in scouting, and I eventually became an Eagle Scout. It also led to me completing the other major high adventure bases that scouting offered at the time. It was on one of these high adventure trips where a college aged guide first told me about his journey on the AT the prior summer, and I immediately became fascinated with the trail. 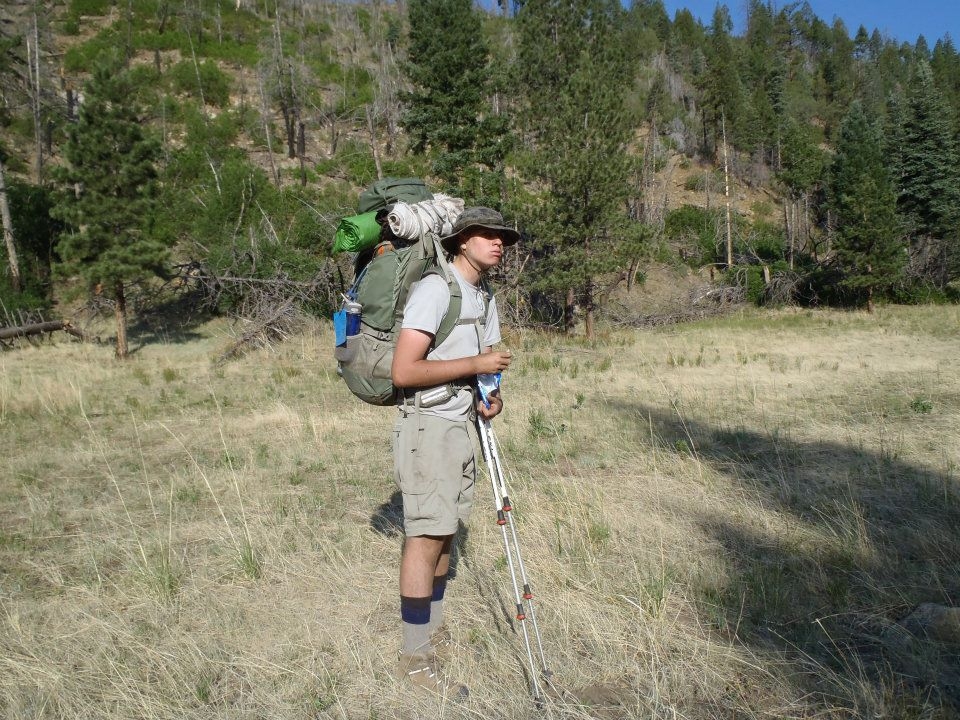 A much younger Ryan questioning life with a 40lb pack.

After high school, I went away to college at the University of Texas at Austin, but my love for the outdoors did not stop due to aging out of scouts.  I sought every opportunity to spend time outdoors, even going so far as to change my major to geography in order to study the processes that guide and shape our world. Through the geography department, I was able to participate in a 2 month research trip to Botswana, where I lived out of a tent with limited clothing and toiletries. It was during that trip that I gained the confidence to finally consider actually undertaking a thru-hike of the AT. 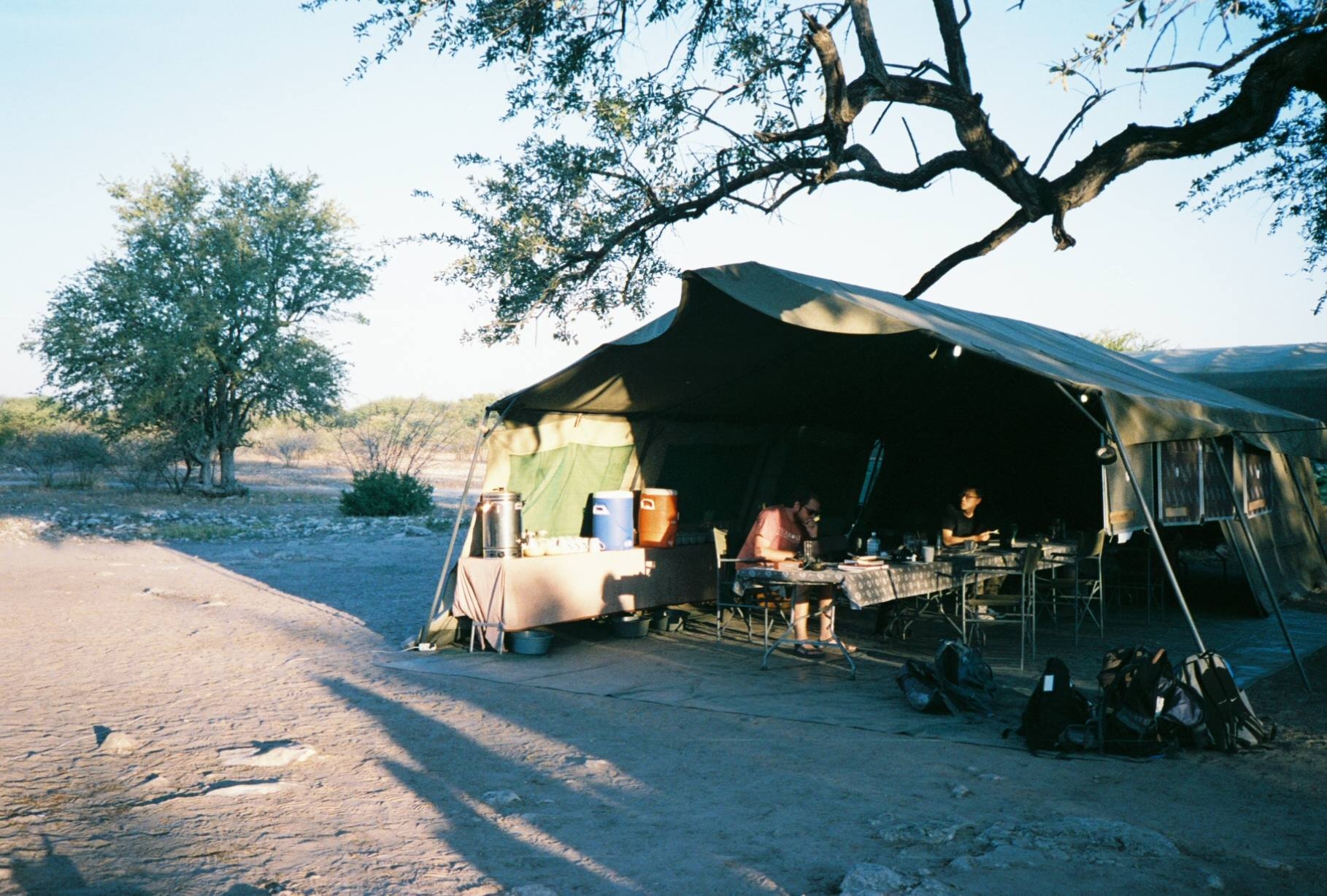 Escaping the afternoon savanna heat in Botswana by reading in the shade.

During my time in college, I continued to regularly camp with my friends in the Longhorn Outdoors Club, where I served as the treasurer and one of the founding members. Without the hand holding of scouts, I continued to hone my outdoors knowledge by planning and executing group outings, making accurate budgets for trips, and assisting members that were new to camping. I also became comfortable camping alone as I would often go out solo to scope out campsites, or to hold first come first serve locations.

After I graduated in 2018, as young adults do, my friends largely scattered or became too busy to go on outings, so I was forced to start backpacking and camping solo in order to still spend as much time outdoors as I wanted to. It was during this time that I first inadvertently became an ultralight backpacker as I whittled down exactly what I did and did not use after each trip. Like many other former scouts, I always sought to “be prepared,” but I quickly discovered that in many situations, I was packing my fears. Through being involved in my local backpacking community, I learned about UL gear principles, specialist cottage industry companies, and online forums which have drastically changed the way I approach backpacking from a gear perspective. Becoming ultralight has drastically increased my comfort while hiking, and as a result it has immensely increased my enjoyment as well.

Why am I hiking now?

So I’ve known about the AT since 2013, I’ve been considering it since 2017, and I already have all of the gear; why haven’t I hiked it yet? Unfortunately that’s a fairly long answer as well. My senior year of college, my only plan was to graduate, bartend at a hostel I had stayed at overseas, and then go to graduate school. This was all promptly thrown out the window however when I fell into a long term relationship my senior year of college. I ended up staying in Austin, we moved in together, I landed full time employment, and I went back to school to pursue a higher paying career. I became engrossed in improving my career prospects so that we could have a nice wedding, move to our dream city, buy a house, get a dog, etc. Essentially all of the classic American dream milestones. It also didn’t help that she wasn’t into backpacking, nor was she fond of the idea of me being gone for half a year, so I compromised and stuck to shorter local hikes.

In the summer of 2022, we both had excellent remote jobs that allowed us to live anywhere in the US and we had enough saved up to move. We signed a short term lease and began to plan our move up to the PNW in March of 2023. Unbeknownst to her, I had also been saving up for a ring and a wedding. Then, barely a week after we re-signed, she came home one day from spending time with friends, packed a duffle bag, told me she was done, and left. A 5 year relationship and life plans gone without so much as an apology or an ounce of closure.

I was a mess for several months afterwards. I could hardly eat, I ended up withdrawing from the degree I was working towards, and I had a mountain of unanswered questions eating away at me. It was during this dark period that a wonderful thought began to emerge: why not hike next year? I already had the gear, my lease would be ending at the perfect time to start a northbound hike, and I already had the money saved up from my wedding fund. The pieces had finally come together perfectly! I was staying with a friend in Seattle when it all clicked, and I immediately chose a start date and registered with the ATC.

What am I hoping to get out of my hike?

I’ve done a good job at insulating myself from pictures and videos of the AT on purpose because I really want to experience the trail in its full glory. The cold rainy days, the camaraderie with fellow hikers, the scenic viewpoints, all of it. Other than meticulously planning out my budget and travel arrangements, I do my best to avoid unrealistic expectations by not over researching or creating wild itineraries. I feel most alive when I am out doing something new, living in the moment, and challenging myself mentally and physically.

The other thing I want is the time and space to reconnect with the person I was before I was with my ex. In the 6 or so months since she left I largely already have been able to, thanks to my incredible support network, but I am at a crossroads of which direction I take next in life. Do I continue to pursue the second degree and high stress career change? Should I stay in Texas or move to the PNW? Do I make a career change to conservation or outdoor recreation? I hope to work through all of these major decisions as I pursue one of my lifelong dreams. 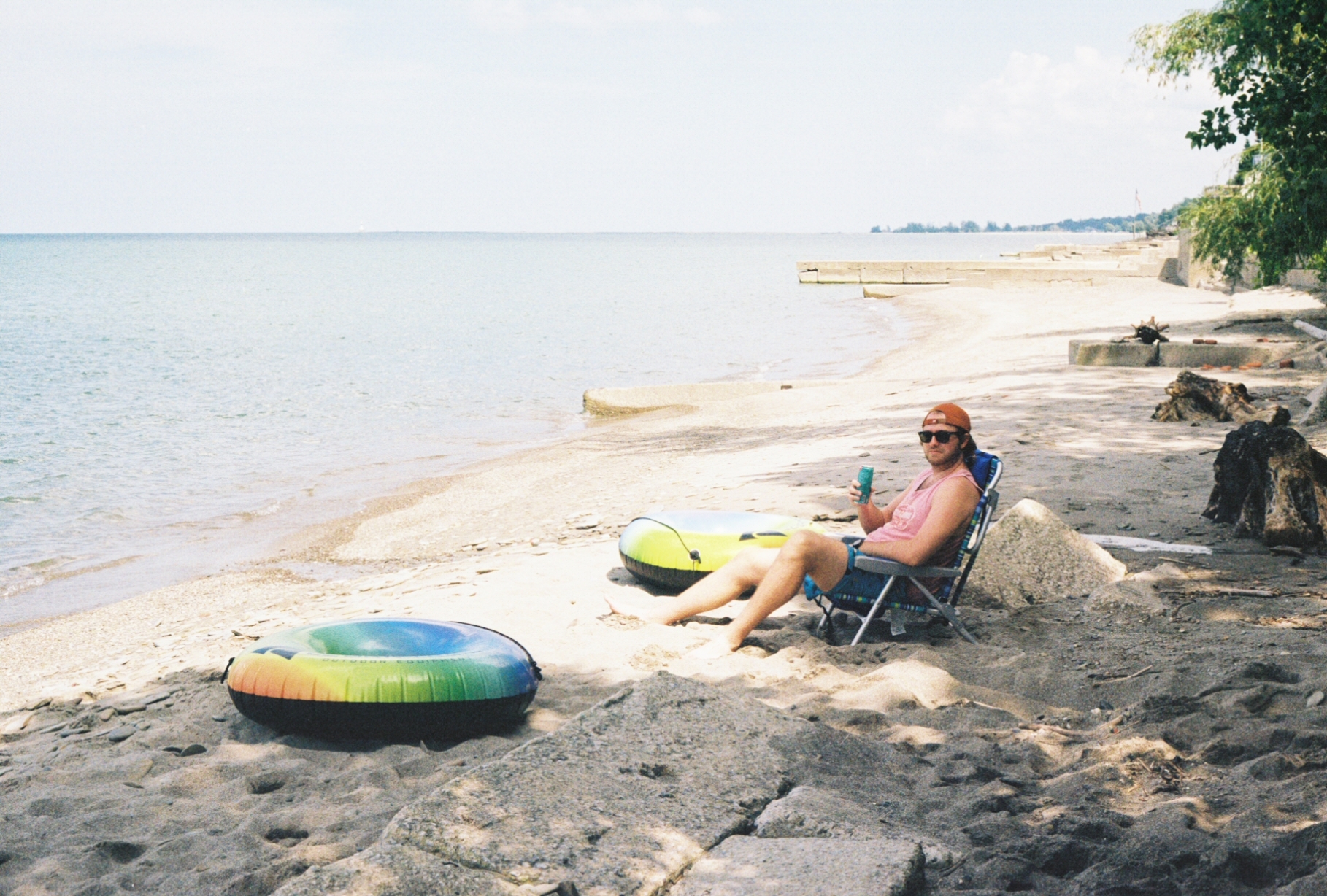 Crushing a can with a friend on the tropical shores of Lake Erie.

Cheers, and see y’all in Georgia on March 5th!

Howdy! My name is Ryan, and I'm a life-long Texan based out of Austin. I first moved here to attend The University of Texas (Hook 'em Horns!), and ended up falling in love with the city. On week days, I'm a geographer, but on evenings and weekends I'm a runner, cyclist, and backpacker. Growing up in Scouts, the AT has been on my radar ever since I first learned about it at Northern Tier, and I've been wanting to hike it ever since. As luck would have it, the end of my lease lined up perfectly with NOBO starting season! So in March of 2023, I'll be selling most of my belongings, buying a one way ticket to Amicalola Falls State Park, and hiking the AT NOBO all the way to Mt. Katahdin!