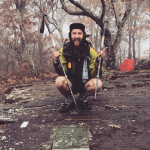 To begin, let me emphasize that no two hikers will have the same gear. You might have some of the same items, but ultimately everyone has to figure out what works best for themselves.

During the course of my thru-hike, I switched out gear until I finally figured out what worked. Most of my changes happened because I planned my gear around what I read for starting a traditional NOBO hike. What I found out was that my seasonal gear for flip-flopping was a bit different. You’re still going to need much of the same gear, but the seasons are different, and this should help you pack for the weather you’ll encounter as a flip-flopper. 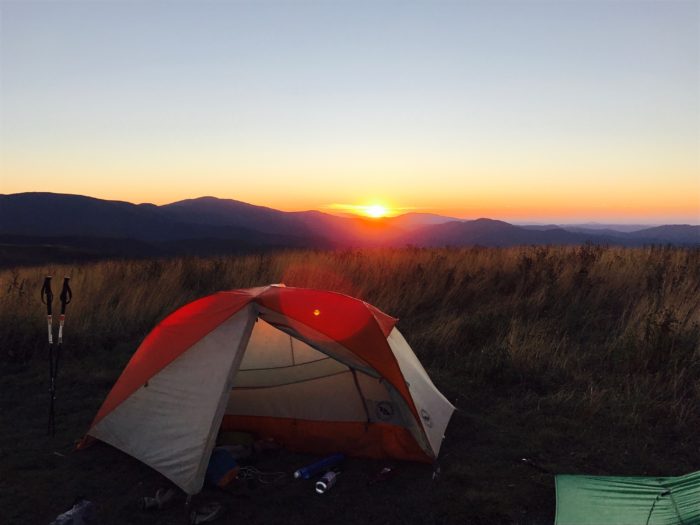 The sleeping system was the biggest issue I had when starting my hike. I expected my gear to be exactly what a traditional NOBO would have packed, but flip-floppers aren’t starting in mid-March. You’ll most likely be beginning in late April to mid-May. Instead of braving the colder temperatures, you’ll be starting when the weather’s getting warm. I started with a 20-degree bag, which is perfect for colder temperatures, but a 20-degree bag when it’s 85 degrees and as humid as you can imagine? Good luck sleeping comfortably. You’ll need a bag for cold weather, but it most likely won’t be necessary until you get to New Hampshire.

If you’re like me and don’t want to buy two sleeping bags for different seasons, I recommend the combination of a quilt and a bag liner. There will be nights at the start of your hike that get cold, but more often than not it’s going to be hot. If you’re in your bag, or even have it laying over you, you’ll wake up drenched in sweat. The liner is perfect for having something over you that will keep you from waking up in your own personal sauna.

I recommend a quilt over a mummy bag for a few reasons. First off, they are lighter, and every ounce counts for a thru-hiker. EVERY OUNCE COUNTS. Besides weight, quilts have some gnarly benefits. You can use the quilt like a blanket, and you don’t need to be completely inside of it. This allows you to have it only half over you. Being able to stick a leg out the side or have your feet out of the bottom is a huge benefit on those nights when it starts out hot and gets cold in the later hours of the night. On top of this, when it gets cold you can snap it up into a mummy bag for added warmth. Enlightened Equipment makes an awesome quilt, the most popular with 2017 thru-hikers. 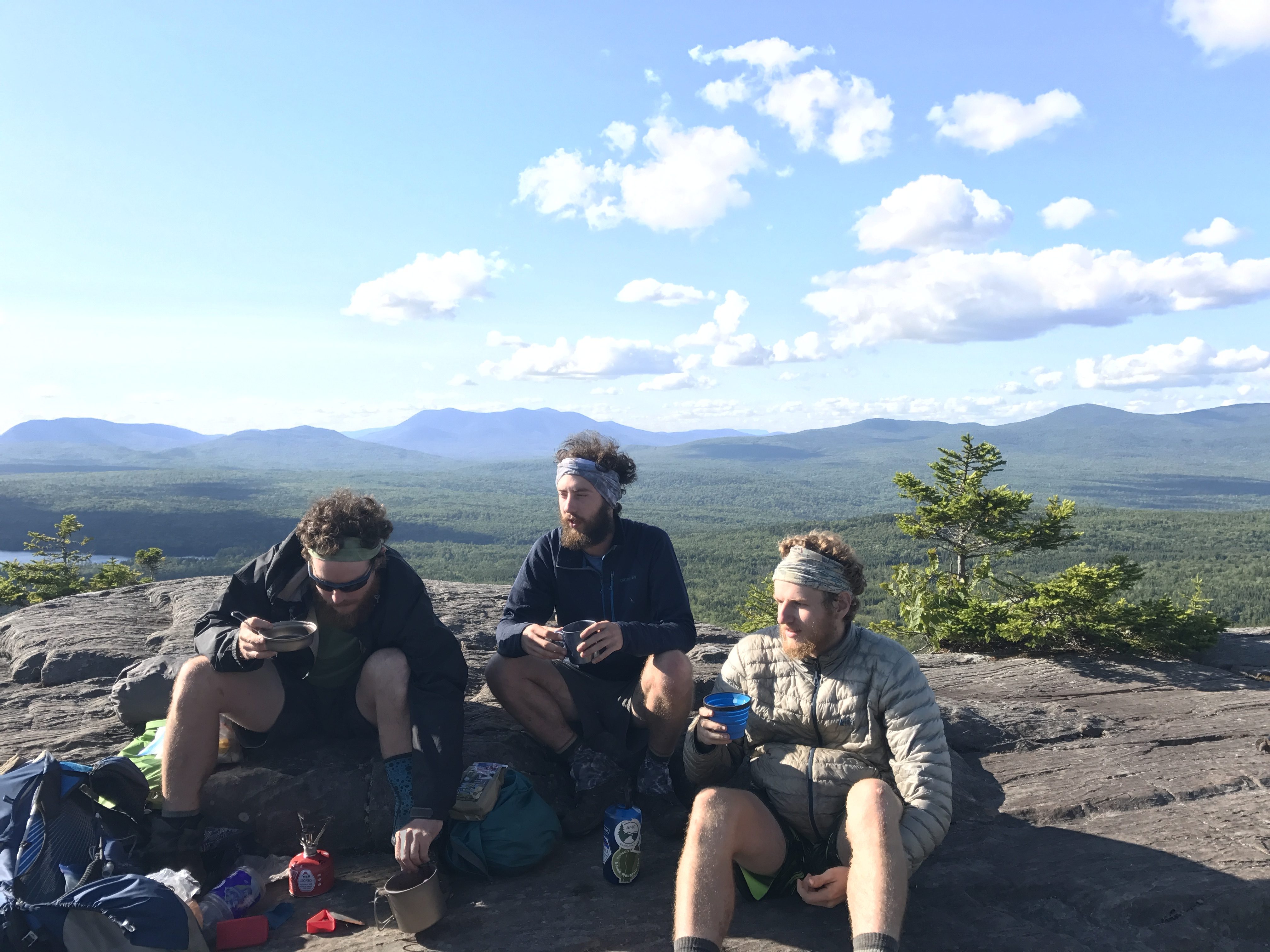 Lots of gear planning articles for the Appalachian Trail will tell you that you need to start with a puffy, mid layer, long-sleeved, long underwear, gloves, beanie, etc. These would all be accurate if you were starting in early spring, but this isn’t the case for flip-floppers. You’re need those items for later in your hike, but save them for a mail drop as you get further north.

I started with all of those items and sent them all home within two weeks. Getting your trail legs is hard enough, so spare yourself the trouble of carrying gear that you don’t immediately need. If I encountered a rare cold night in the first two months, I slept in my mid-layer with a rain coat over it. This worked as an improvised puffy jacket, and kept me warm. If you’re someone who get cold easily, it doesn’t hurt to bring long underwear bottoms. 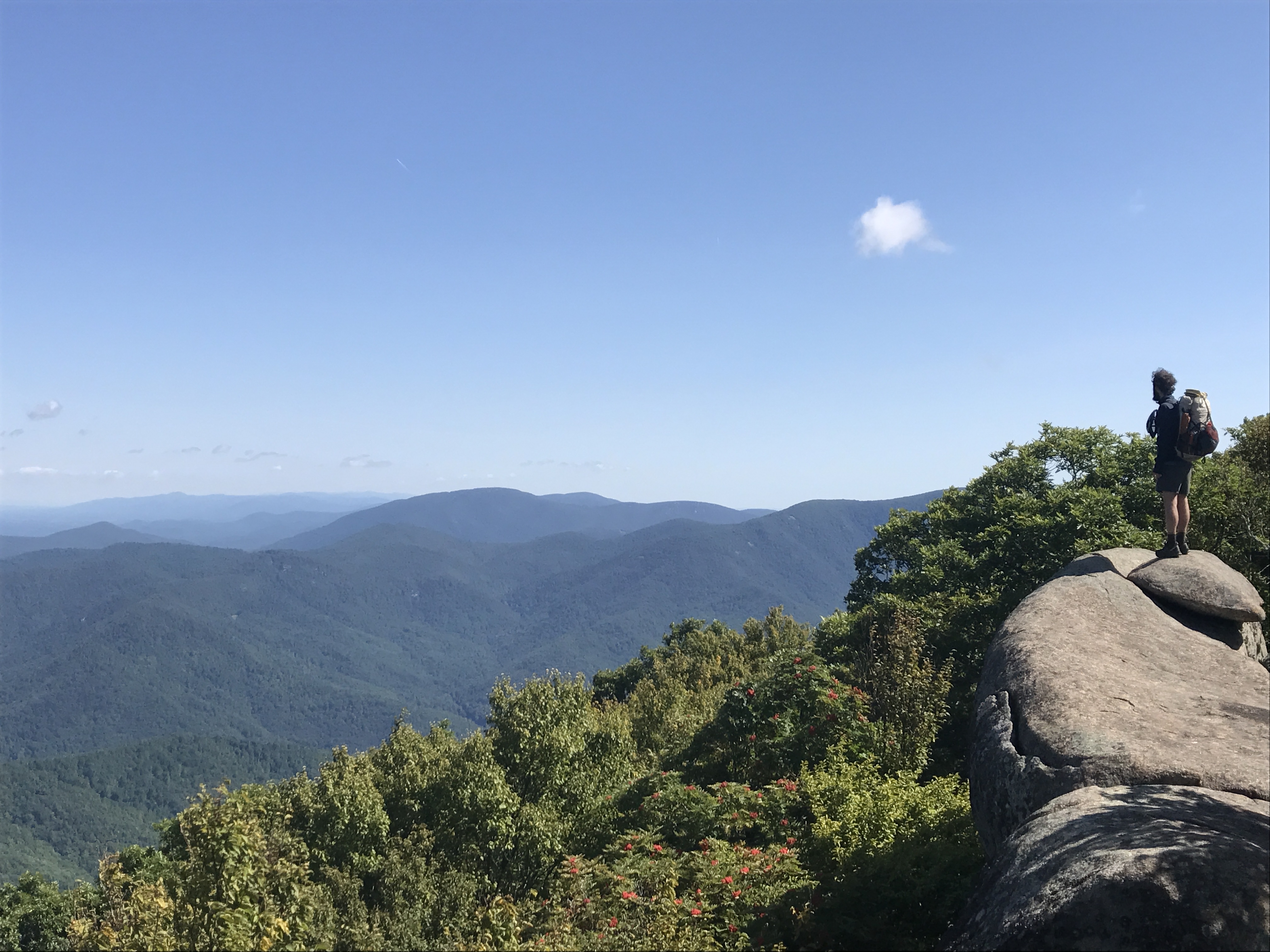 Took way too much time trying to get this picture… Worth it.

The southern half of your flip-flop will be a bit different than the northern half.

Most people flip-flop by heading north from Harpers Ferry to Katahdin, then shuttling back to Harpers Ferry and hiking south to Springer. The first thing I noticed was that the days got shorter when I flipped south. During August in Maine, the sun had us up and moving by 7:15-7:45am. When I woke up on the first first day on my flop, it was still dark at 7:15. This isn’t a huge deal, but if you’re trying to crush big days, keep in mind you’ll be starting in the dark or hiking into the night.

The weather was warm (what you would expect) until October… then it got cold. Fast. When it got cold, it was harder to start early. For the most part, the temperature was in the mid-40s, which was great once you hit your stride but made it hard to get out of the tent in morning. Some people brought gloves—and they’re nice to have—but there were only about four days that I wished I had them. When I flipped down to start the second half of my hike, I continued with the gear that I had used up north in New Hampshire and Maine. With the exception of a few extremely cold days, the gear I had up north worked well.

The other major difference when you flip south is that there are significantly fewer hikers. Compared to going north, it will feel like there’s nobody on the trail. If you’re traveling alone, be prepared for some serious alone time in the woods.

I only touched on clothing and the sleeping system, and there is a reason for that. Flip-flopper’s tents, cook systems, and packs will be very similar to what other hikers use, and are up to the individual. 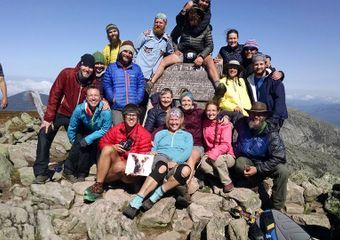 Why Flip-Flopping Will Increase Your Chances for a Successful Thru-HikeOnly one in four potential thru-hikers make it. Double your odds and hike your own hike by considering a flip-flop thru-hike! There are so many benefits to an alternative hike to make the journey more enjoyable. Ask me how I…Read More

My name is Nick. I am an Appalachian Trail thru-hiker flip-flop style!