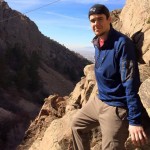 Reflection Under the Stars

I’ve been laying awake each night looking at the stars, illuminating the darkness around me as I contemplate my decisions in life. Mostly the biggest choice to date: the decision to hike the Appalachian Trail… Though these stars aren’t the constellations waiting for me on the AT this July, as I embark Southbound from Maine to Georgia, these are the stars that glow on the dark ceiling remnant of a child’s bedroom… My old bedroom to be exact. That’s because I had to move back in with my parents in order to save money for this epic adventure. The decision didn’t come easily though… I mean, shit, I haven’t been yelled at to clean my room in over 5 years, and I wasn’t expecting to at this point in my life. It was necessary though, as I have to be on a tight budget in order to have enough money put aside. I’ve also been working 50-60 hours a week for the past 3 and a half months so that I’ll have just enough money (hopefully) to make it to Georgia without resorting to eating bark and berries the last month of the trek. The Trials have already begun and I still have a month before I leave. Some might still say, “Well you don’t HAVE to hike the AT”, or “Couldn’t you save money over the next few years and go later?” but to me it’s simple. I have to go this year and I’m doing whatever it takes to do so! 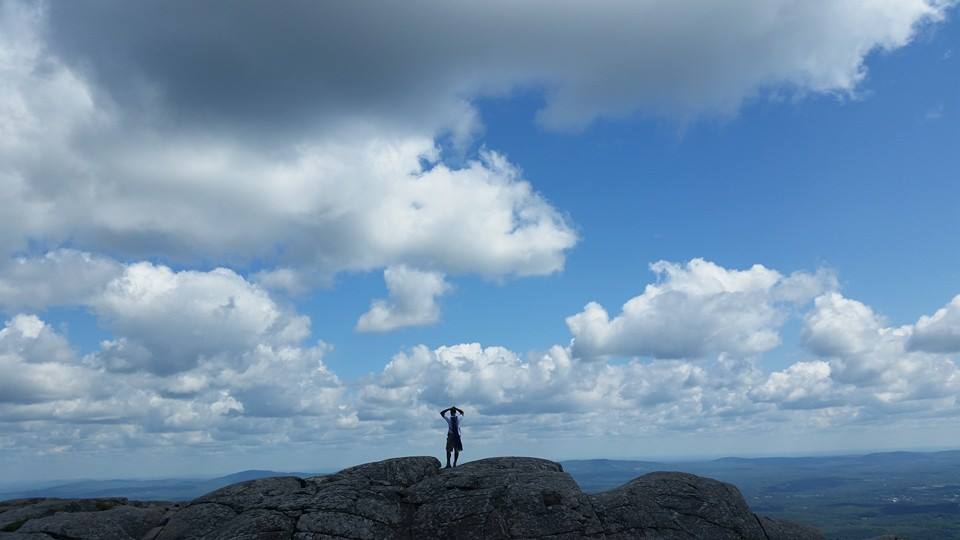 Reflection among the clouds is the best stress reliever!

I’ve wanted to do the Appalachian Trail for a while now. I saw a documentary on it a few years ago and thought it was amazing, yet slightly crazy, for someone to hike over 2000 miles. Back then, I was 90 pounds heavier than I am now and didn’t believe there was any chance I could do it. It was a pipe dream, something I held in the back of my mind but never actually pursued. I liked hiking back then, but never really went out and hiked the way I do now.  In the past year, I started getting into hiking after “accidentally” doing a 5 mile hike, which at the time was a lot for me (sooo far, I know). Most recently, I hiked to the summit of Mt. Washington at the end of winter, crampons and negative 30 degree weather and all. I feel like a beast! 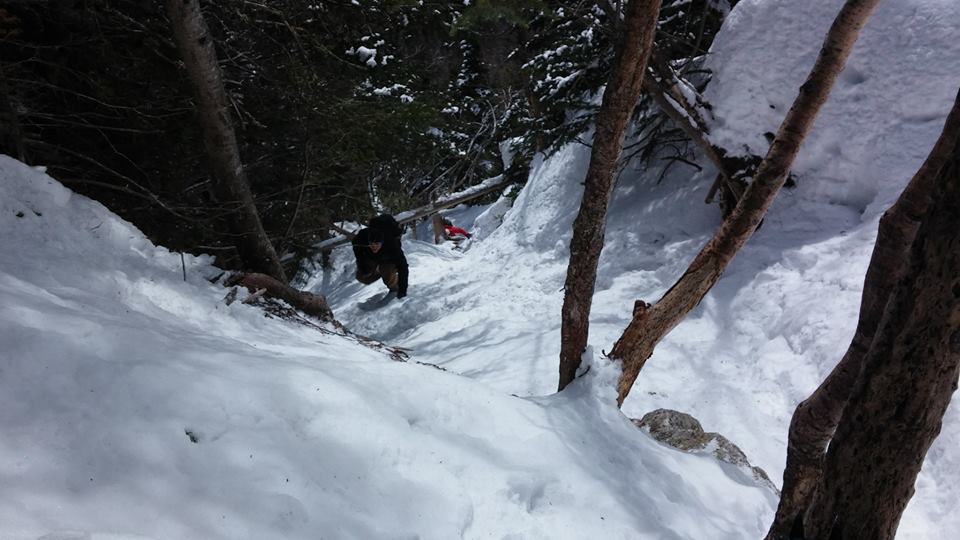 I knew it’d be steep..but dammit if this didn’t surprise me 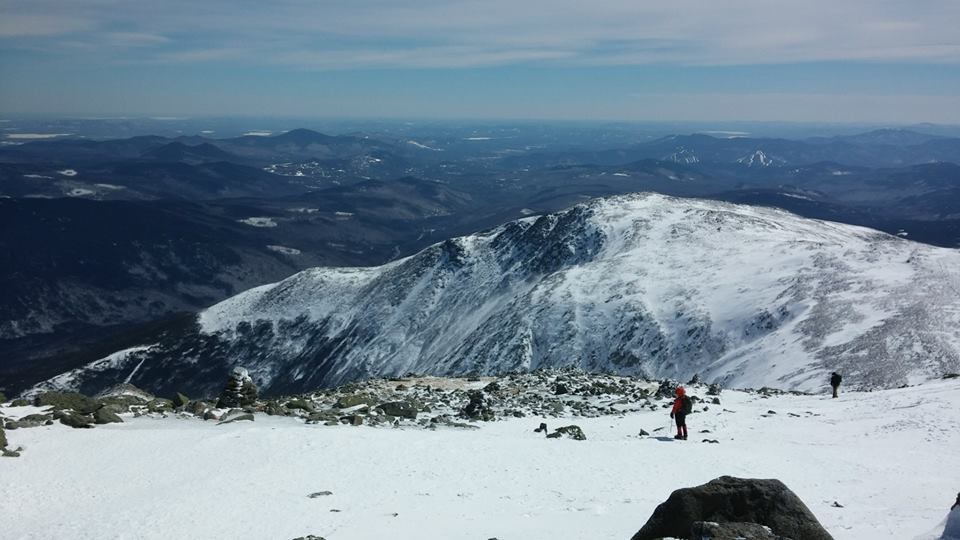 Sometimes you just have to take a breather… every 5 steps. 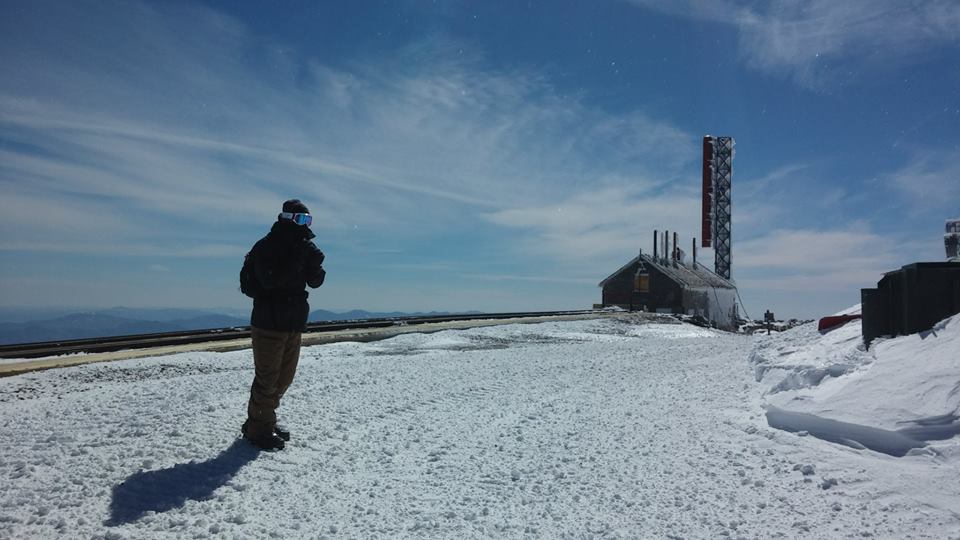 The goggles hide the pain in my eyes, knowing I have to hike back down..

This year has been amazing, but it has also been stressful. My position at the company I work for has changed several times, and I no longer feel as if I have real stability here. With a changing schedule and constant stress, I knew that I had to look elsewhere for work, but I decided that I wouldn’t limit that search to my home state, and started considering moving anywhere, to start a new life, somewhere closer to the mountains  (and partly because I’m too poor to afford living in Connecticut).   Shortly after having this little quarter life crisis, I came to the realization that if I find a new job and move, I most likely won’t have an opportunity to hike the AT at any point in the near future. So what could I do? Wait one more year and stay with the company, or give up on doing the AT and find a new job? Not a freaking chance! Thus came my decision to say screw the norm, and leave in July on a Southbound hike! I want to keep growing and push myself past my limits. I want to be confident in myself. I want to be a thru-hiker! 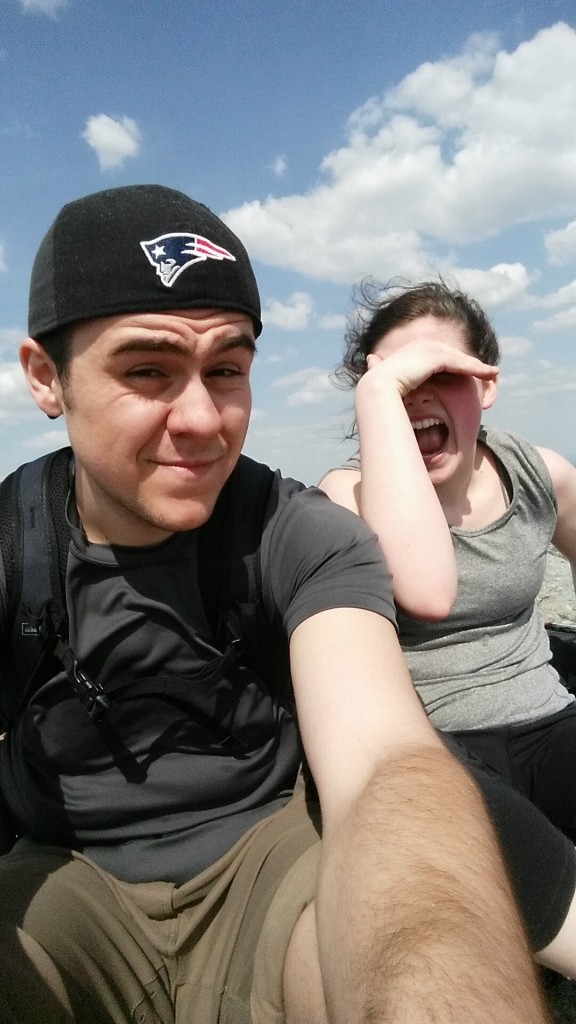 This will be an interesting 2000 miles..

The longer I lay awake, the dimmer the “stars” get. In only a month (holy shit that crept up fast!) I’ll truly be able to lay under the stars in pure bliss (and my “room” can be as messy as I want), but until then I’ll have to make do with the glow in the dark while snacking on Mom’s homemade cookies (poor me, I know). The decision is clear though, I know I won’t regret it. I see the AT as the next test to push myself beyond my limits. I know it will change me in ways I can’t even think of, I know it will make me immensely more confident in myself, and I know it will make me stronger, both physically and mentally. I fully accept that it will knock me down and push me past my comfort zone, but the struggle will only make me stronger! (sappily self-motivational, but I’m trying to stay confident so shut it!)

Hey, Sooo I'm Tom... I'm a huge dork but a bit of an adrenaline junkie. I'll be hiking the Appalachian Trail Southbound with my wonderful girlfriend starting in July of 2015! Follow along as I embark on the most epic adventure of my life!!