Shaking Down and Shutting Up

I lay in my tent, all cozy in my sleeping bag, scrolling through comments on the All Trails app about the next section of trail. Unzipping my tent this morning had revealed a cold, foggy, windy world that I feared would make the already difficult-to-follow trail even more treacherous. And the comment section was not making me feel any more comfortable. I was on my first solo shakedown hike (this past weekend actually) on trails I’d never been on before, and to that point in my trip, were easily among the more poorly marked/maintained trails I’ve encountered.

On day one I never got lost, but there were multiple moments where I had to backtrack a hundred feet or so and try a different possible trail. And now, on day two, a small part of me was very concerned about getting lost and possibly falling off the side of the mountain (there were lots of technical rock scrambles along the side of the mountain on this particular trail) as fog definitely does not make either of those any easier to avoid. That small part of me quickly became a loud proponent of going back the way I had come, sticking with the devil I knew, rather than continuing on my intended route and into the foggy unknown.

But there was no way I could let myself do that.

If I did, my confidence for thru-hiking the Appalachian Trail next year would be shattered. Not non-existent, but significantly weakened by the memory of this lost battle. Each time I encountered a questionable decision that required guts, it would be a little easier to back down because I had done it before. And I refuse to let that little fissure of weakness worm its way inside me and grow into a canyon of doubt and fear. I owe it to ten-year-old Ann Marie who is finally getting to live her dream.

Ten-year-old Ann Marie (yes I am talking about myself in third person, deal with it) read a book from her local library called Halfway to the Sky by Kimberly Brubaker Bradley, which followed the adventures of Dani as she ran away from home, her parents’ divorce, and her brother’s death to hike the Appalachian Trail.

Little Ann Marie (well, littler Ann Marie, as at 5’1” I am still probably considered little) immediately fell in the love with the concept of the Appalachian Trail. She had grown up backpacking for years with her family and absolutely loved it, so the idea of a massive trail where you get to backpack for months was literally love at first sight. And so the dream was born. 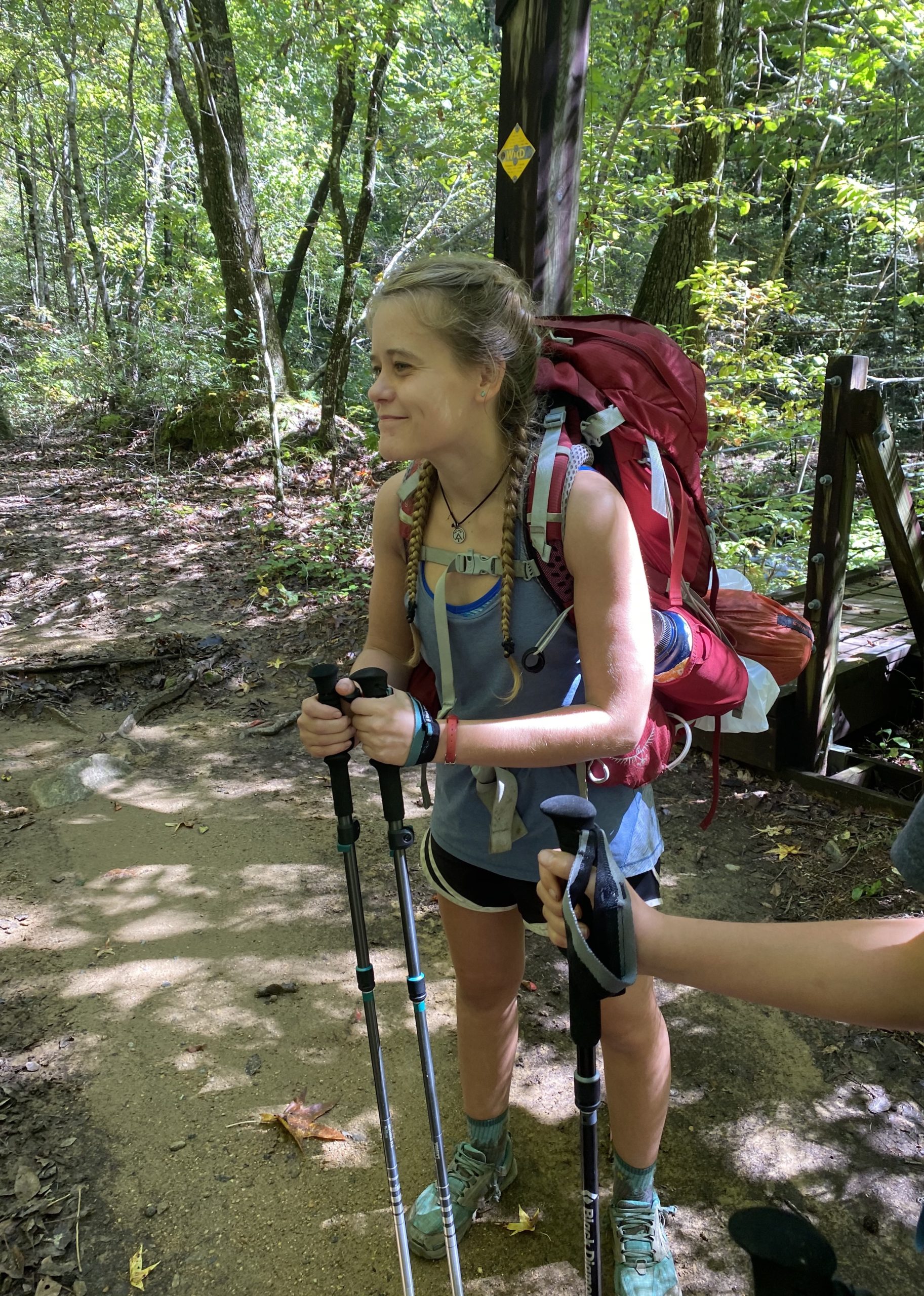 I am now 22-year-old Ann Marie, who’s finally old enough/graduated enough to tackle her life-long dream. I’ve spent the last several years saving up the money, and the last few months updating gear and going on shakedown hikes. In September of this year, my mom, sister, and I (with my dad for the first 30 miles) hiked the Foothills Trail which runs 77 miles from Oconee State Park to Table Rock State Park. While I had previously done sections of it and tons of other backpacking trips, this was the longest stretch of trail I had hiked in one go. 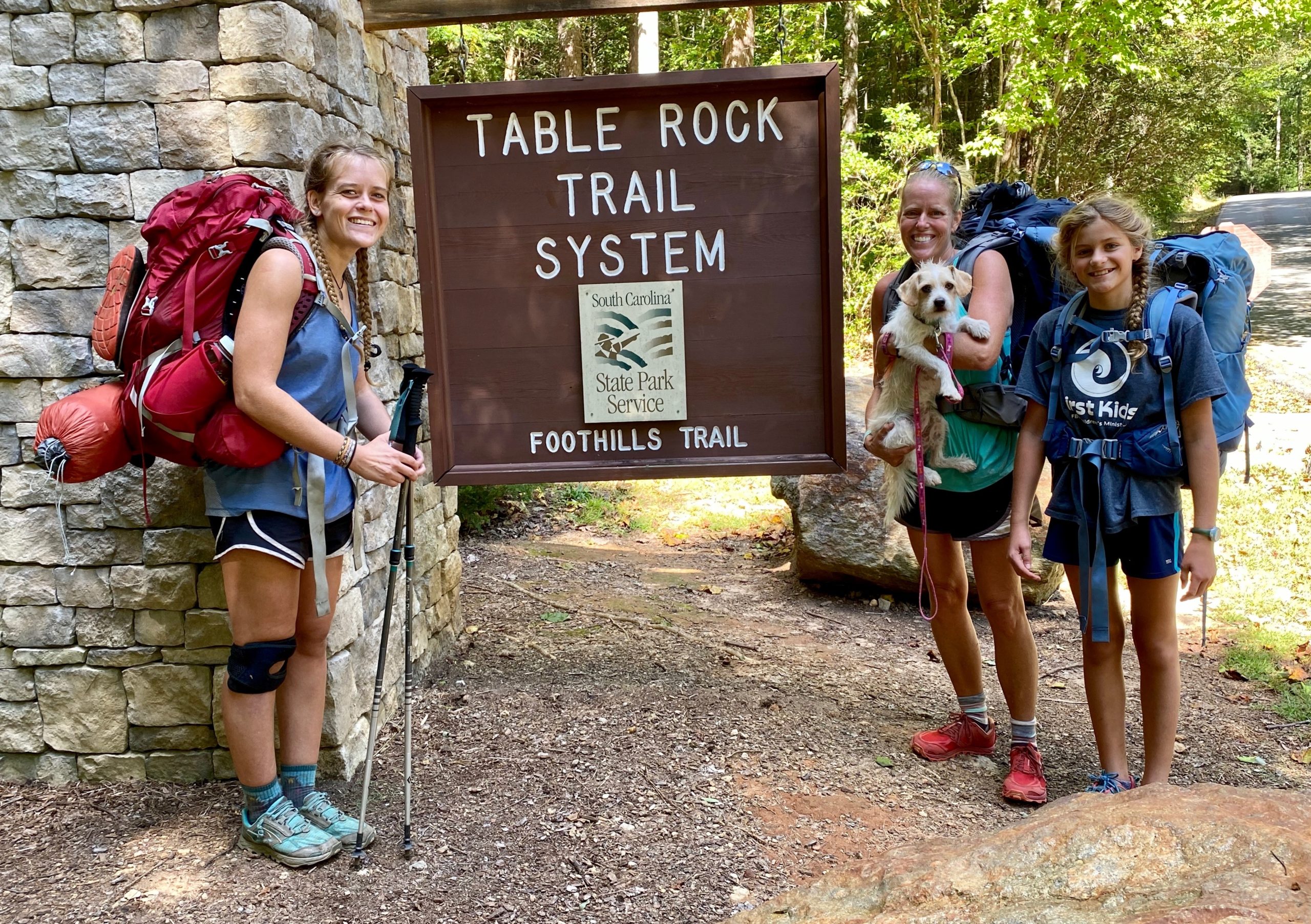 I learned a lot from this trip, especially about dealing with rain/wet gear when you’re out for days on end. I also gained a good deal of confidence, but I was with my family. And, I know this seems backward, but apparently, I have much more confidence when my decisions affect other people (whether it’s my family, friends, or a group of kids I’m leading on a camping trip from the summer camp I’ve worked at the last few years). I realized this while lying in my tent this past weekend, contemplating what to do. Because I was alone, the decision seemed to have so much more pressure, which again, seems backward, because my decision now only affects me rather than others that are trusting me. I can’t explain it, but there’s a lot of weird things about me that I can’t explain.

This is why I believe shakedown hikes are so incredibly important.

Especially solo ones when you’re planning a giant trek alone. Because while I learned a lot on the Foothills Trail, I mostly learned gear tips/tricks. Alone on this trail in the middle of Caeser’s Head State Park, I learned more about myself. I learned that I am a much faster hiker than I would’ve guessed (I’ve always known I was kinda speedy, but I’ve never hiked anything longer than, like, seven miles at a time by myself, so it was reassuring to see what pace I could maintain on a longer distance). I learned that I am every bit the capable hiker that I’ve built myself up to be in my mind (meaning that I’ve always thought I was a smart hiker that can follow difficult trails, but I finally got to test that and prove it true). And I learned that I have the confidence inside of me to accomplish my dreams, I just sometimes have to tell another part of me to shut up.

One thing that really helped me convince that annoyingly weak part of me that we had to keep going forward was looking over some lists I made a while ago. In reading Appalachian Trials by The Trek’s very own Zach Davis, I made some lists recommended by the author to help keep thru-hikers mentally motivated. These lists include “I am thru-hiking because…,” “When I successfully thru-hike I will…,” and “If I give up on my thru-hike I will…” I have these lists written out in my trail notebook, and highly recommend making your own versions if you’re embarking on a massive hike because reading through them was the final nudge I needed to trust myself and the skills I know I have. 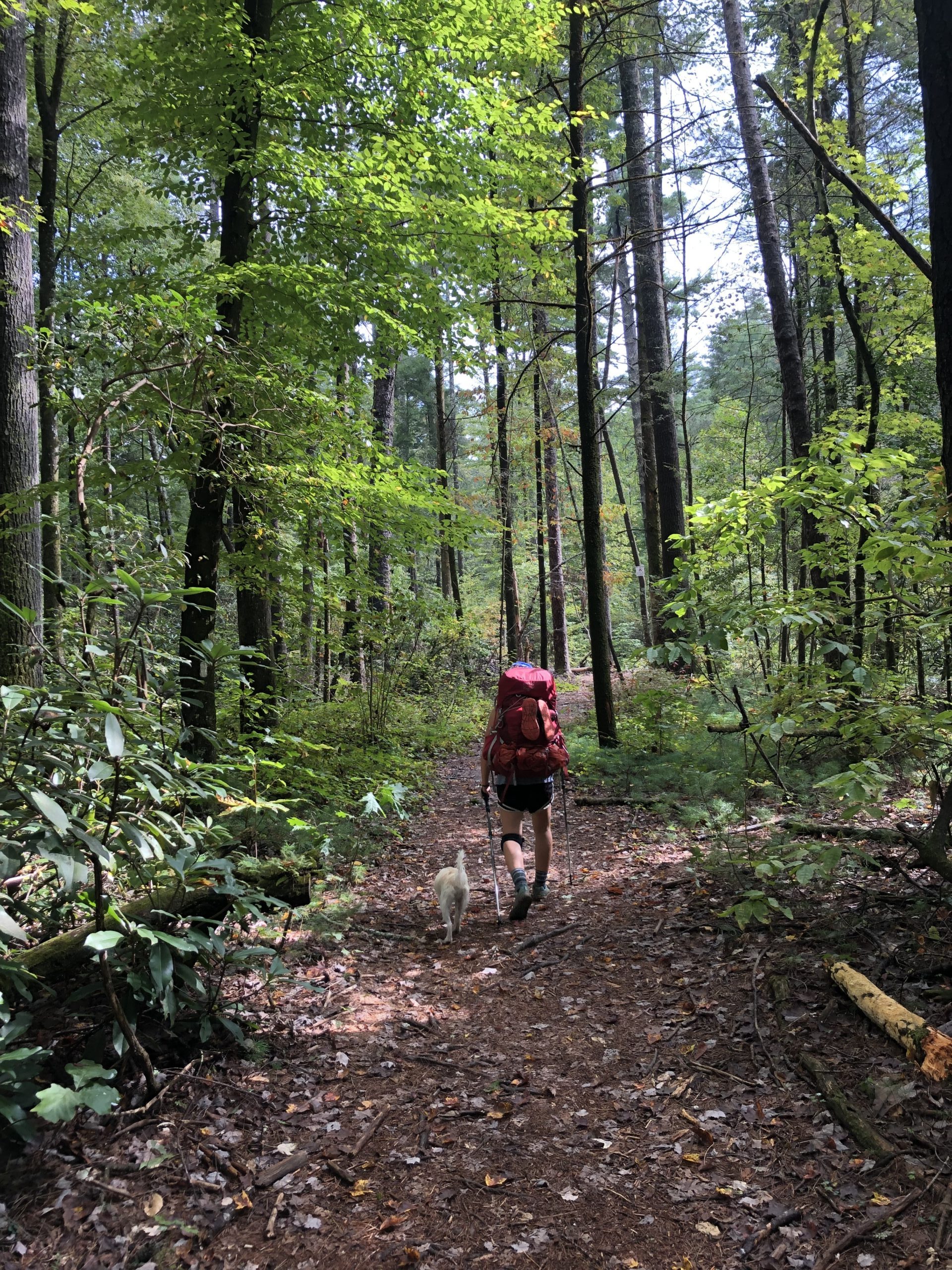 I know this story may be lame because my life wasn’t in danger or anything. I’m not trying to say that I’m amazingly brave or special for continuing with my original plan. Honestly, typing this all out, I feel like I was being a little dramatic while lying in my tent that morning (okay, more than a little). But as 10-year-old Ann Marie was growing up, she read countless blogs from thru-hikers about their adventures on the AT and all the things they were learning, and her confidence grew in seeing that other people struggle too. And they still make it all the way to Katahdin (or Springer, or wherever).

So I’m pumped about the fact that I conquered this first solo shakedown, even though it wasn’t anything crazy spectacular (20.5 miles of moderately strenuous terrain in a little over 24 hours). And if anyone reading this is fearful of taking that first solo step onto a trail, I hope you know that just because there’s doubt in your mind, that doesn’t mean you are not capable. That you are not the strong hiker you think you are. You just might have to tell a part of you to shut up while you prove it.

“Whether you think you can or can’t, you’re right.” —Henry Ford