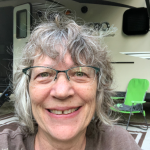 The beginning of shelter usage for me began on the second night in the Smokies. It is mandatory. When I asked other hikers why, I received answers like,  keep us safe from bears to reduce environmental impact. For whatever the reason, I was now sleeping in a three sided building with 5 to 12 semi complete strangers. I no longer had the privacy of my tent to change in, snore in or heaven forbid, pass gas in. Hey,  I am eating meals of beans. 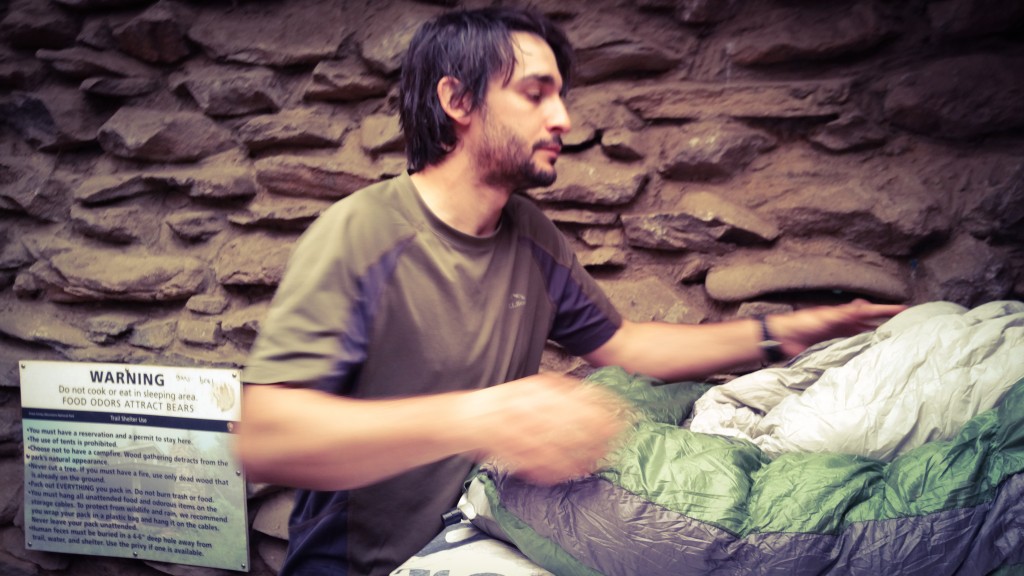 So, the first night, I slept in my clothes next to Easy Strider. He wasn’t happy with shelter living either. The second night, I didn’t know anyone but managed to get into my long underwear inside my mummy bag with much squirming around. I had given up changing out of my shirt completely.Then there was the matter of my food bag.  Hang or don’t hang.  Some people said hang others didn’t. Well, I hung mine because I didn’t want mice chewing into anything I owned. I mean really, everything I carry is for my lively hood right now. I heard mice at night and a tale of a mouse falling on a woman’s face in the middle of the night. 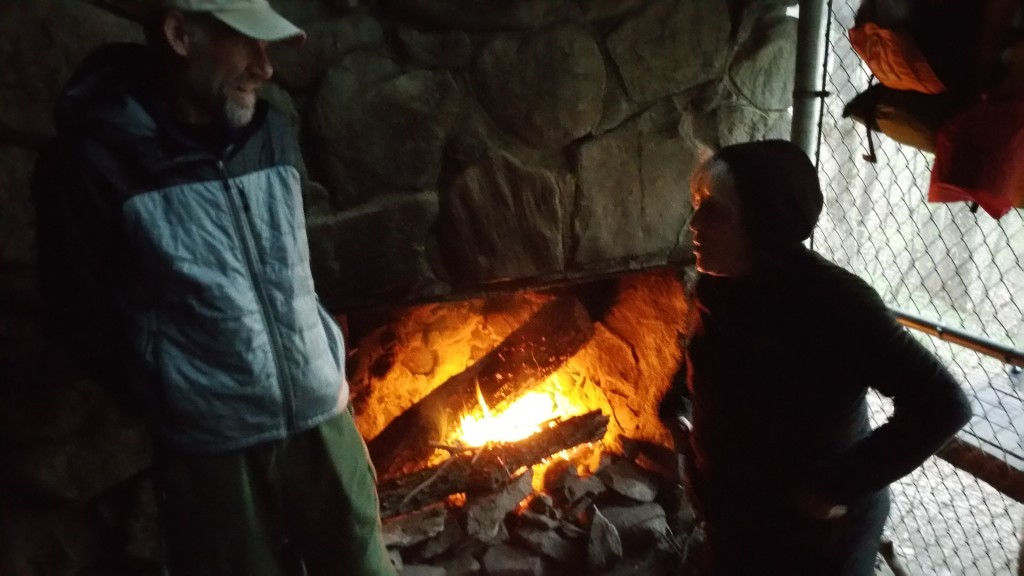 There was also the dreaded insect in my life, spiders. One night a girl screamed and there was much pounding of sleeping bags as I heard the word spider. Believe me I think those rock shelters where perfect homes for both spiders and mice. 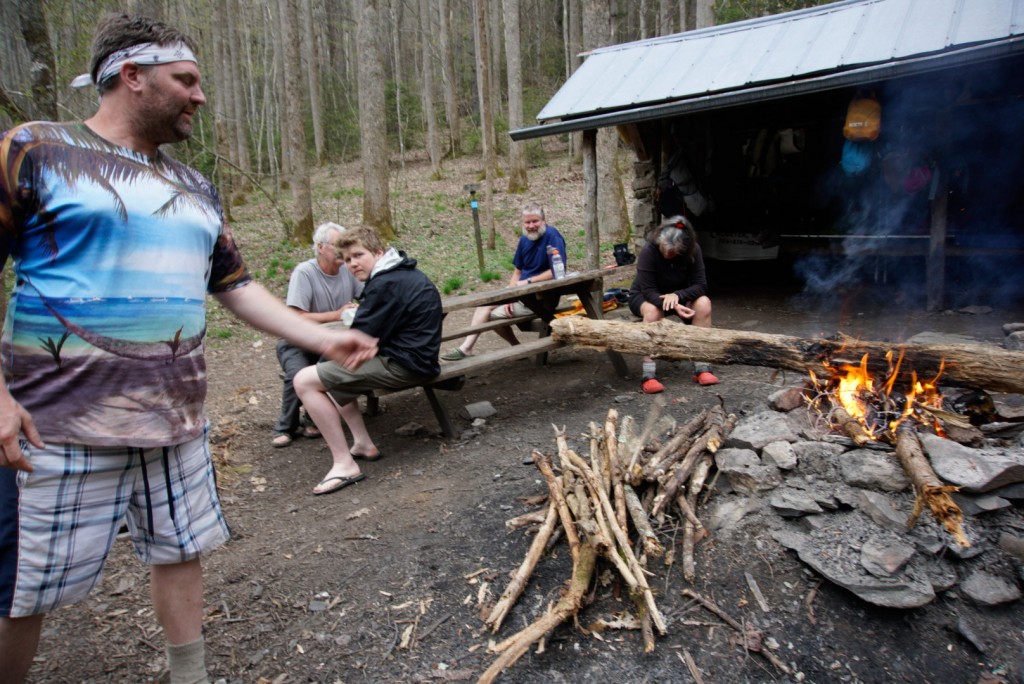 Then there it is the matter of the opposite sex, yes men. One man had the decency to say,  “Sookie, I’m going Full Monty.” As reality dawned on what that meant,  I quickly turned my back to what was about to happen. 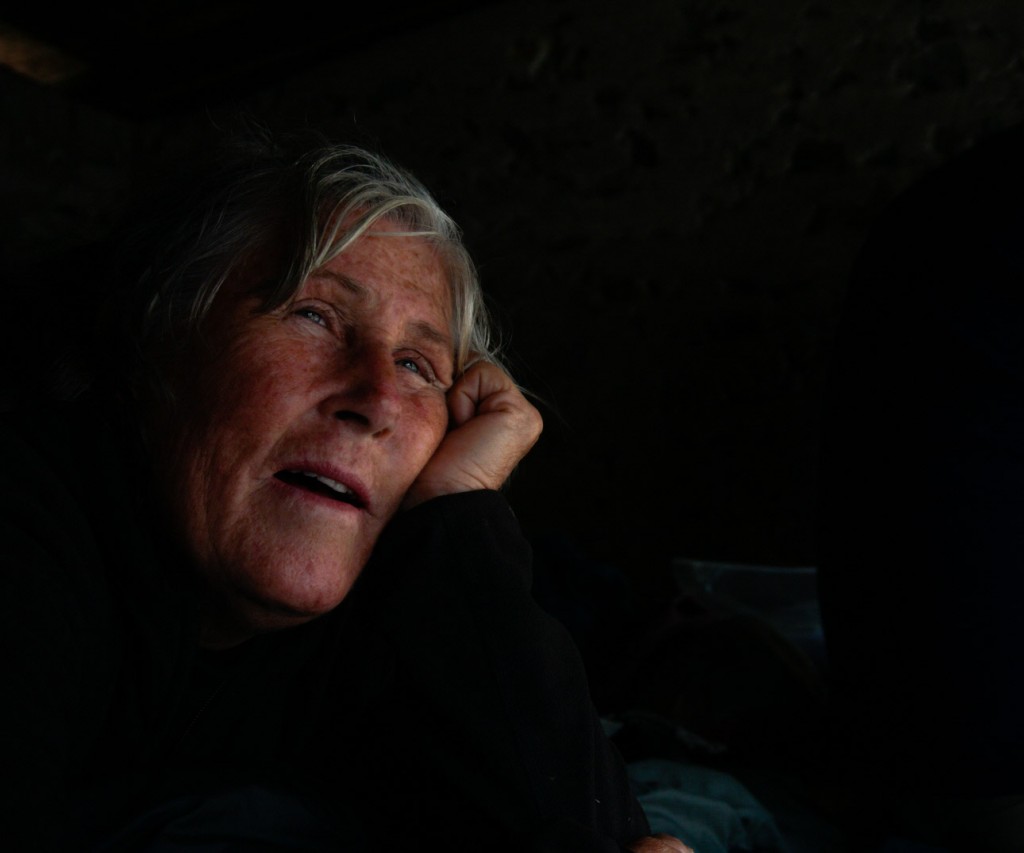 Spirit before the Full Monty

Yesterday, it was a whole new experience.  Spirit and I had been shelter hopping because of the weather. Rain had been in the forcast since we left Gatlinburg, TN. We were at Deer Park Mountain Shelter by 2:00 pm. We had set up our beds and had drank something warm when Mix showed up. We invited him in and he was a complete gentleman. We had seen Mix over the past few days and he was always polite,  so we had no worries when he showed up. The next guy was also nice.  Both Mix and this new guy were going to set up camp out in the rain. Now a third guy comes along, Spirit asks him his name and he not only announces it but also some other personal information. Ok, no big deal. He then proceeds to make a big production about cooking and getting his gear ready.  I’ve never seen anything like it. Noisy and arrogant to boot. The guy finishes eating. Mix was standing in front of the him.  I was laying with my back to him facing Spirit. I knew the minute Spirit’s eyes bugged out and she ducked her head into her sleeping bag what had happened. Yup,  without warning anyone, he went Full Monty, right in Mix’s face. Well, there was nothing I could do but chuckle and ask Spirit if she had ever seen the movie, “What About Bob,” and I  said, “straight down to the beard.” If this guy wasn’t Richard Dryfus in that movie, I’ll eat my hat. After my comment, he kept his back to us the rest of the night.  Anyway, he was rude to the next two young gals that came in. In the morning we all left as fast as possible. Later in the morning we saw him in Hot Springs, NC sitting with all his friends. Oh, did I mention he was alone. Anyways, I guess there has so be a sour grape once in awhile.

Hey, can someone pass me that bowl of fruit? 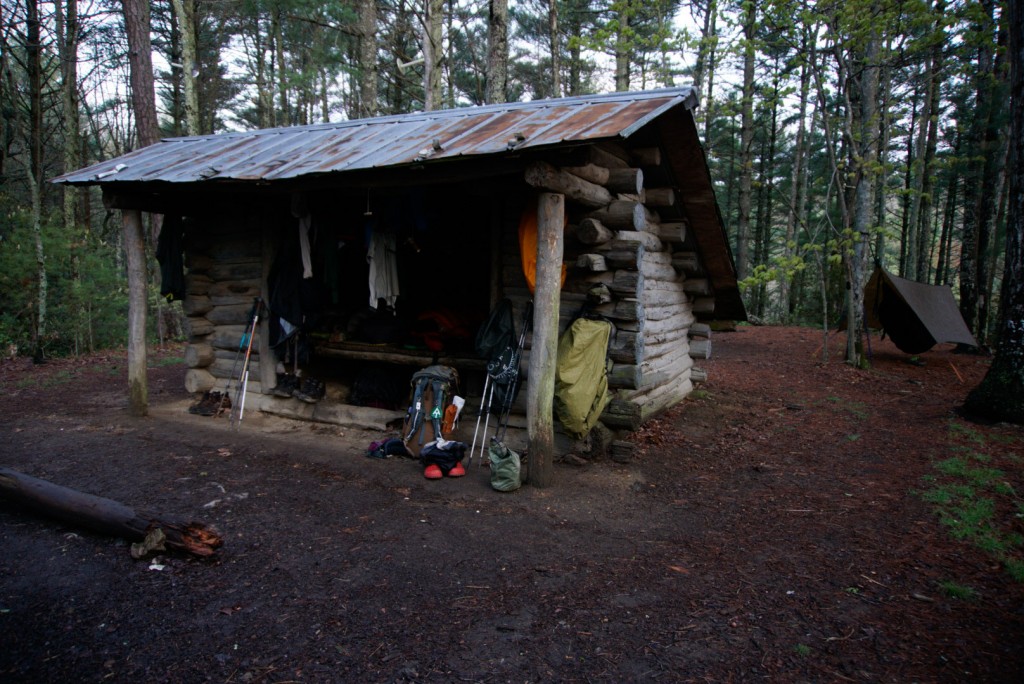 Adventure leads to mishap which leads to wisdom...or so I hope. I grew up on the Iron Range of Northern MN with time spent in the woods through out the year and summers spent in the BWCA . I fell in love with nature and all it's magical powers. I was introduced to the magazine National Geographic by my grandfather Jack at an early age. It opened up the world to me which to my adventurous, restless spirit. My husband Tom has supported me with most of them and he will be dropping me at Springer Mountain, Georgia in March 2015. My family consists of 2 grown children Andrea and Kevin and Kevin' friend Leslie and her daughter Audrey and my dog Finn.