Signs from the Thru Hiking Gods

I’m Rhys, nice to meet ya. Sorry it took me so long to get some words up here but I’ve been busy with a recent move, work, and all that other life stuff. Plus, I’m really lazy. I’ll be better from here on out. Pinky promise.

I’ve noticed something recently when I tell people that I’m planning (hoping) to hike the Trail. I haven’t yet actually had someone say something along the lines of “holy crap man, you’re crazy.” Or perhaps I imagined a smile and a sympathetic “that sounds cool, bud,” while they shake their head. In fact, it’s been just the opposite. Most people are actually genuinely excited. My supervisor, who I just told a few days ago, said “Wow, this is a first. That’s great, man!” My favorite response so far has been, at a local watering hole, “DUDE! FUCKING YES!” Even my doctor, a stern older gentleman who looks just like Martin Landau, said, in his somber voice, “that’s terrific, really great.” And his name is Mortimer, for heaven’s sake.

I was thinking about these reactions recently and joking with a friend about how, surely, this must be a sign from the Thru Hiking Gods.

Then I received a few others.

In an effort to save money for the hike/adventure/escape attempt, I decided I’d be a super cool city guy and trade in my train pass for a bike. While walking around the college campus I work at I happened to pass a local shop with a small selection of used bikes set up out front. “Perfect,” says I, before seeing the going price of a decent road bike and feeling my hopes and finances collapse under the burden of Katahdin.

I stepped inside anyway and chatted away with the manager about what to look for in a used bike, and other secrets to combat the perils of craigslist, before the reason of my thrift came up.

“Really? I hiked the AT a few years ago.”

After more chatting about gear, he gave me his card and told me that if I ever pick up a bike he would look it over for me for free. 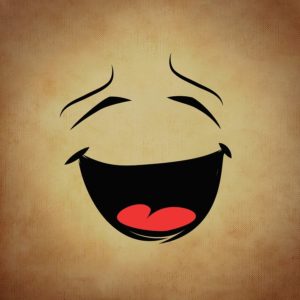 Rewind: Several years ago, when a long distance thru hike was still just a fantasy of mine, I discovered a fantastic documentary about hiking the Pacific Crest Trail by As It Happens Creative. Folks, if you haven’t watched this, you really should. It’s by far the best documentary on not just hiking, but experiencing the PCT; and it’s completely free on YouTube.

I must have watched this at least a dozen times. It just resonated with me. I suggested friends watch it. My coworkers. Hiking buddies. Anyone who would listen.

A day or two after leaving the bike shop I was hiking with my pup through a large park near my apartment. Armed with the knowledge of both impending darkness and a fridge recently stocked with octoberfest, I decided to take a side trail back home. Just then, I saw my pup’s ears perk up, prompting me to turn around and behold two brown dogs bounding on down the path, followed by the glorious mane that belongs to Andy Laub, none other than the founder and director of As It Happens Creative. 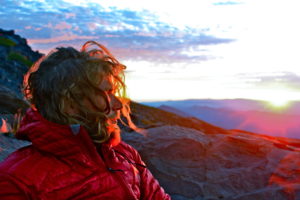 Turns out he’s a super guy who was totally cool with having his evening run ruined by a starstruck oaf, and he spent the next half hour or so walking with me and chatting about all things thru hiking. It was a great surprise to bump into him and has me even more excited to get this show on the road.

The Thru Hiking Gods have spoken.