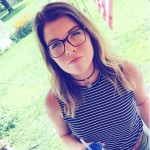 Spiders, Snails, and the Appalachian Trail

I had the privilege of growing up long before it was socially acceptable to give a toddler an iPad.

Sure, I had a Playstation (R.I.P. Spyro), but I spent most of my time outside playing Power Rangers (I always got to be Kimberly, duh) and building secret forts with other human children.

I went fishing with my cousins and on camping trips with Dad. I caught frogs at the pond and learned the importance of leaving animals wild when I attempted to keep one as a pet. I released him after a day or so, because he wouldn’t eat his crickets. I honestly think he was suffering from depression. I was unfamiliar with Leave No Trace at the ripe old age of six. You live and you learn. 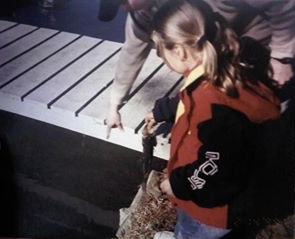 Probably not my first fish, but it’s the only picture I could find. Cute, right?

I love listening to my mother tell stories about her wild child, keeping spiders and snails in our mailbox because she wouldn’t let me bring them in the house, or the time I carried home an obviously-dead bird, demanding her to ‘help him’ through tears and a snot nose (not my most glamorous moment, but one of my faves).

I’m no creature of habit. I moved around a lot as a kid. I lived in six states before I was 14, and I never attended the same school for more than a year or so. Mom caught a lot of grief for moving her kids around so much, but I wouldn’t have wanted life any other way. We never hung our hats in one house for very long, which encouraged a desire to wander. I originally hail from Georgia, but I wouldn’t call it home.

As an adult, I’ve been pretty infamous for picking up and starting over. I was kicked out of college my first semester of freshman year. Big whoop. So what? New adventure. I pin-balled around for a while until my dad finally convinced me to enlist in the military. And WOW, I hated every friggin’ minute of it. I have since vowed to myself never to do anything against my own will again.

I like the unknown. I like not knowing and never giving myself boundaries. I never quite know what I’m doing with my life until I’m doing it, and I love that. I’ve lived on couches, slept in my car, hitchhiked, and met a ton of really great people along the way. Reckless? Perhaps, but I would never trade my experiences for stability.

I only get that cozy feeling in one place: the woods.

Something about living among the pines brings me peace. I love the company of trees and people who genuinely love the outdoors – those who understand my disdain for plastic bags, litter bugs, and straws, and who literally hug trees.

Hiking the A.T. has been on my to-do list since I was 12. Am I as prepared as I need to be? Probably not, but I don’t believe anyone could be fully prepared for such a physically and mentally challenging adventure. Fortunately, the stars have aligned and I’m in a position, mentally and financially, to do so. I’m going. I’m actually, really, seriously going.