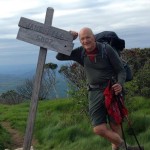 Confessions of the Stay-at-Home Hiker

Yep, I’m the one at home. I’m the one who watched Mr Maps read The Trek on his phone while still lying in bed before starting his day, seven days a week for about two years. I’m the one who accompanied Mr Maps to REI on numerous shopping excursions. I’m the one who’s been sending several care packages. But you know what? I wouldn’t have it any other way. And this isn’t about me. This is about what Mr Maps is conquering… thru-hiking the AT. 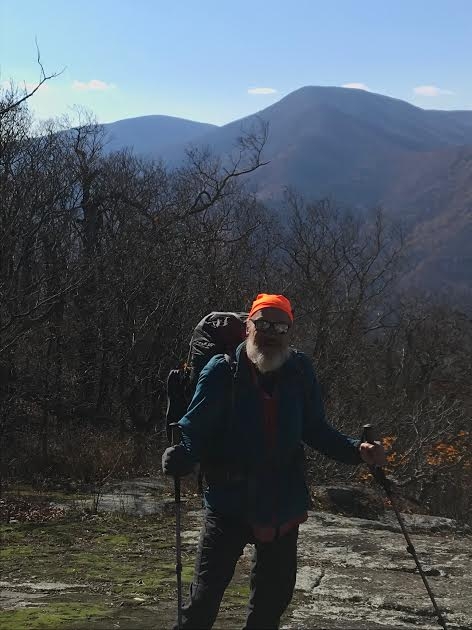 Mr Maps asked me if I wanted to join him on the hike. And at the time, I didn’t have the motivation like he did. I’m more of a plodder and believe, hey, the trail is always there. I would rather hike for shorter periods of time. So it was decided. He would thru-hike the AT and I’d become a SASH (short-ass section hiker). Great! Right?

As some of you have probably already read in Mr Maps’ earlier blogs, I did hike with him for the first week, with our daughter Kaya. Leaving them was so very hard. After we went through our tearful goodbyes, I actually called them back down from the trail for something silly. I can’t even remember right now what it was. Then, after our final goodbye, (confession time) I started hiking after them, soon realizing it was goofy considering I was in Connecticut and had to drive home to Illinois. So off I drove trying to think of Lyndsay, our other daughter, and Monty, our golden retriever, who would be waiting for me. I had responsibilities to get back to, had to keep my focus. 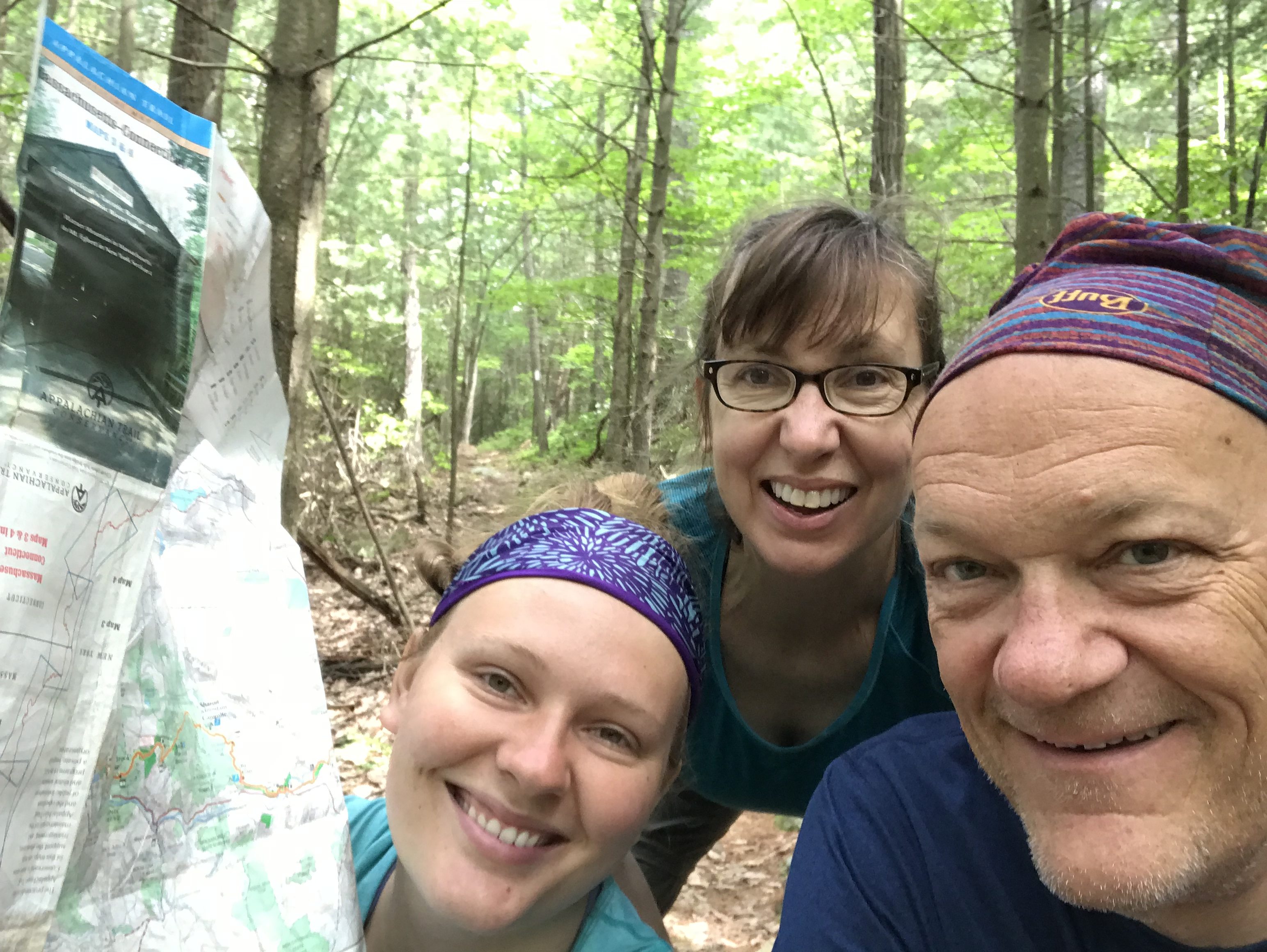 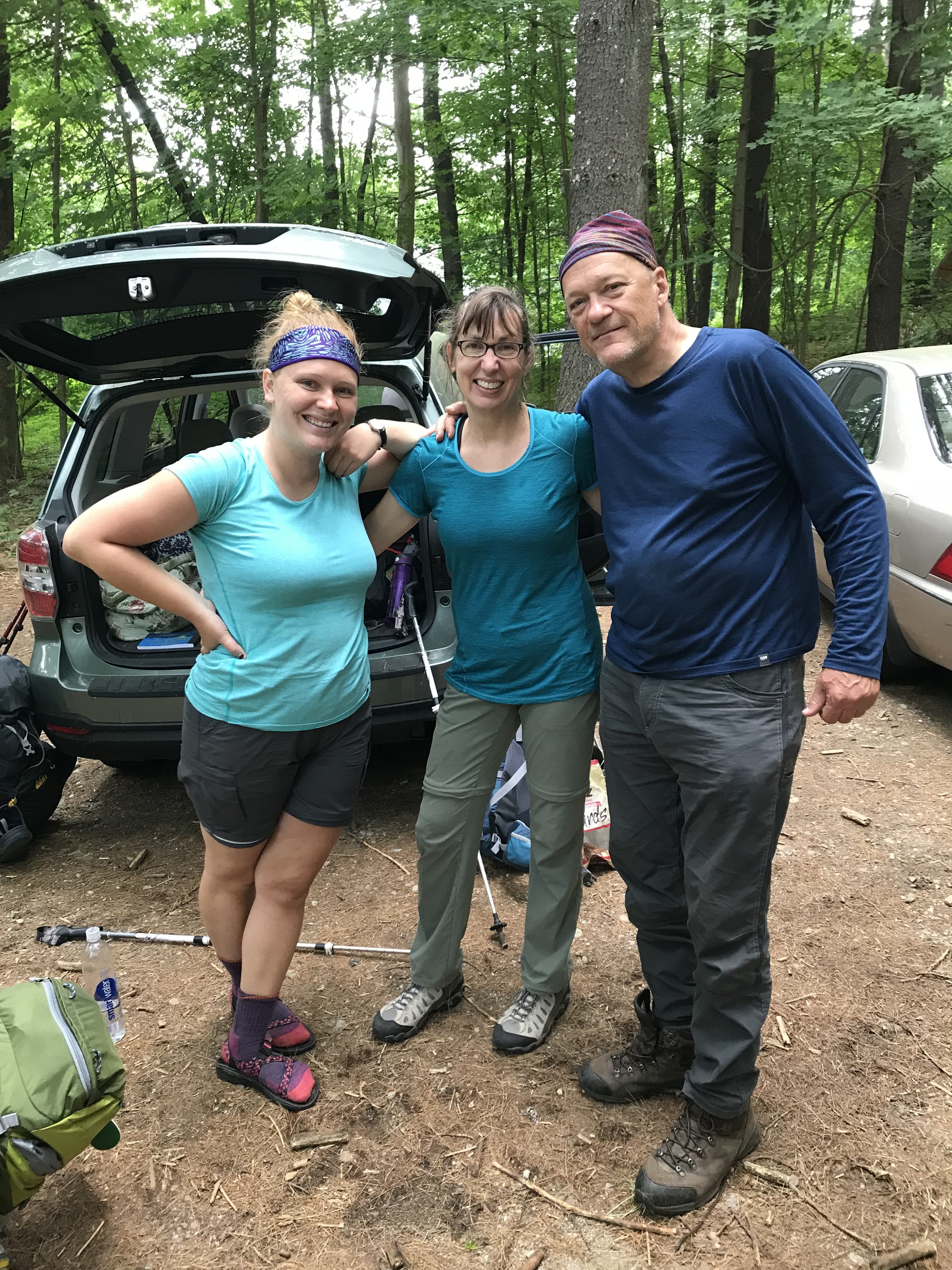 At first, being alone had its exciting moments and I wanted to get so much done around the house. Mr Maps and I kept in touch via phone about every ten days and a text about every three days. Summer was passing by and soon that “excitement” wore off. I had to deal with some issues such as getting Kaya relocated to Kansas City for her teaching job. This required renting a U-Haul and moving her eight hours away from home. Then the heart of our family, Monty, became sick and I had to deal with putting him at peace. Followed by helping Lyndsay get situated at Luther College for her final year and coming home to an empty house. All the while, Mr Maps was hiking and conquering one mountain and state after another. 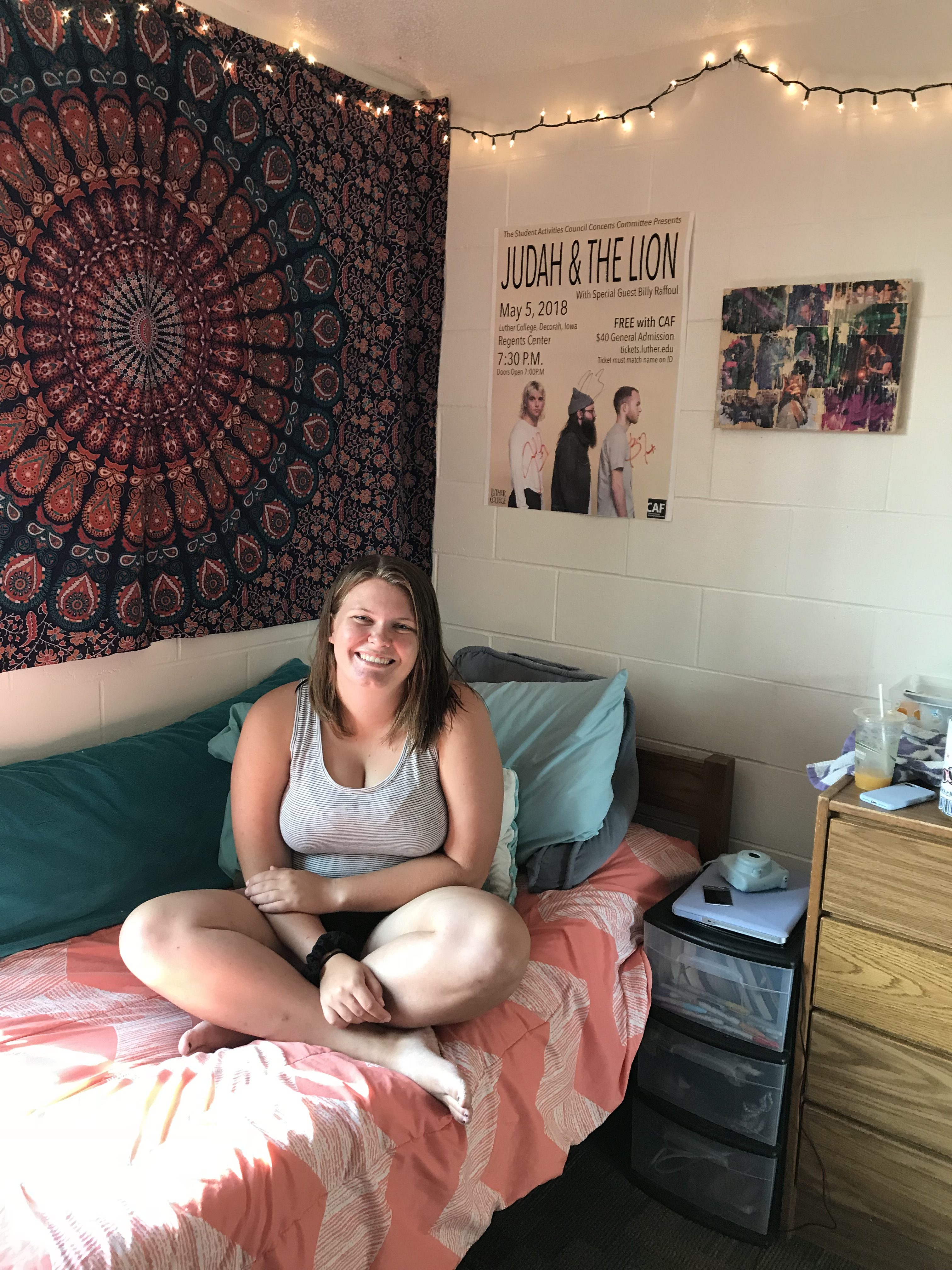 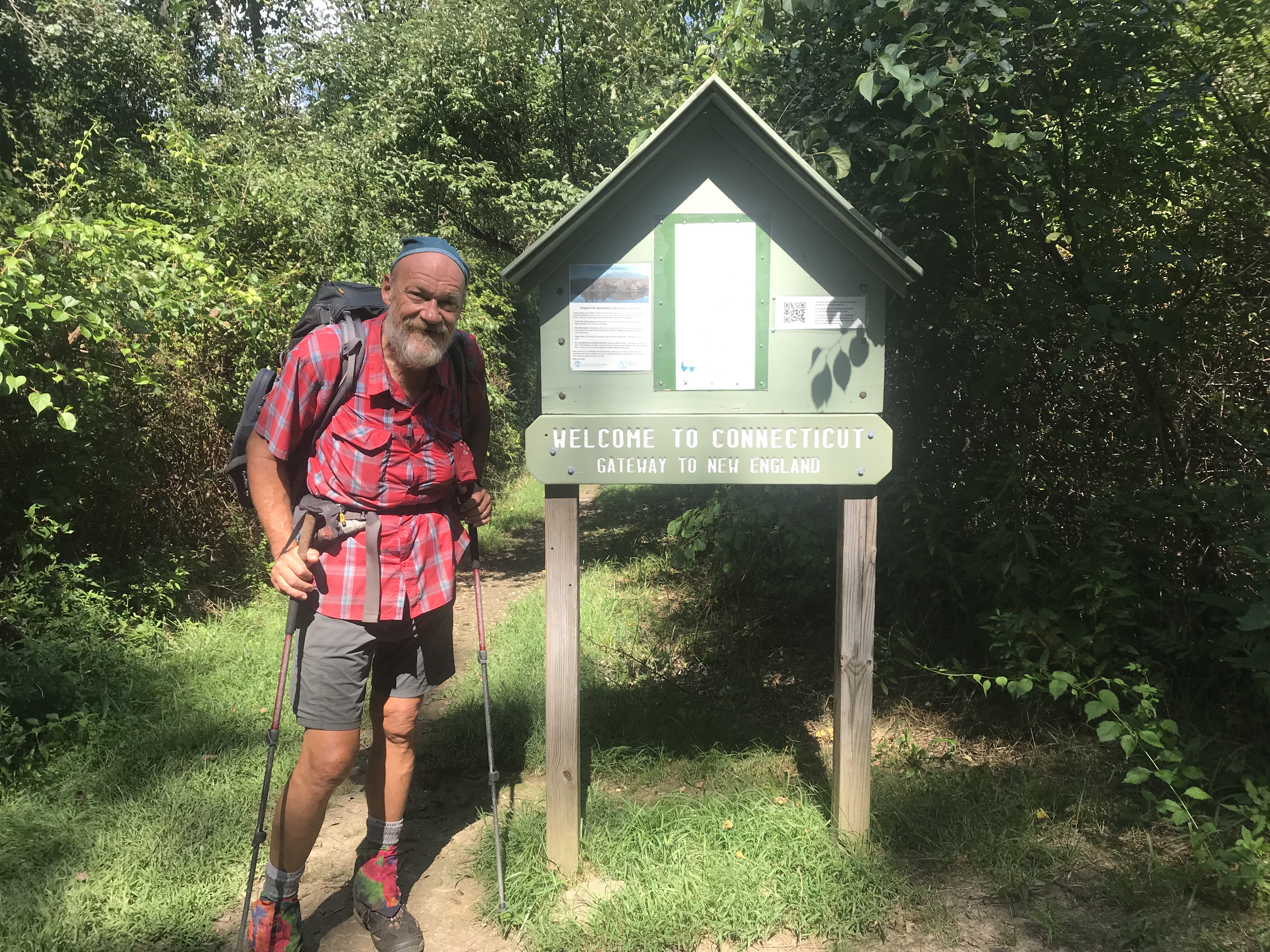 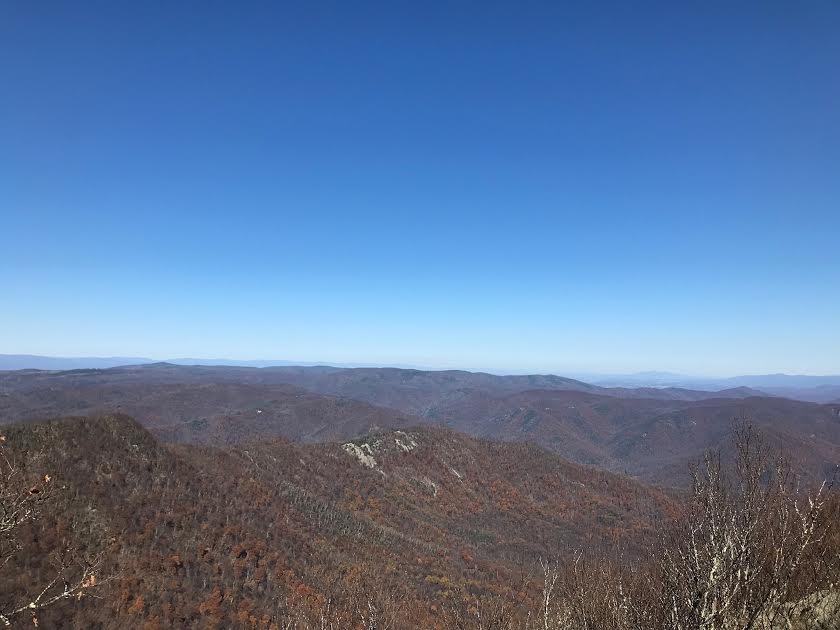 After  three months of not seeing Mr Maps, I decided enough was enough and I had to go hike with him. At this point he had summited Katahdin and flopped back to Connecticut. We had such a great time. I was pleasantly surprised a pizza can be delivered to the trail. How cool is that? At one point Mr Maps was ahead of me and shouted, “Bear, bear!” So I quickly ran to catch up to him to see a baby bear run up a tree. Talk about awesome. However, this trip ended with Mr Maps unexpectedly coming home with me to recuperate after having eye surgery. 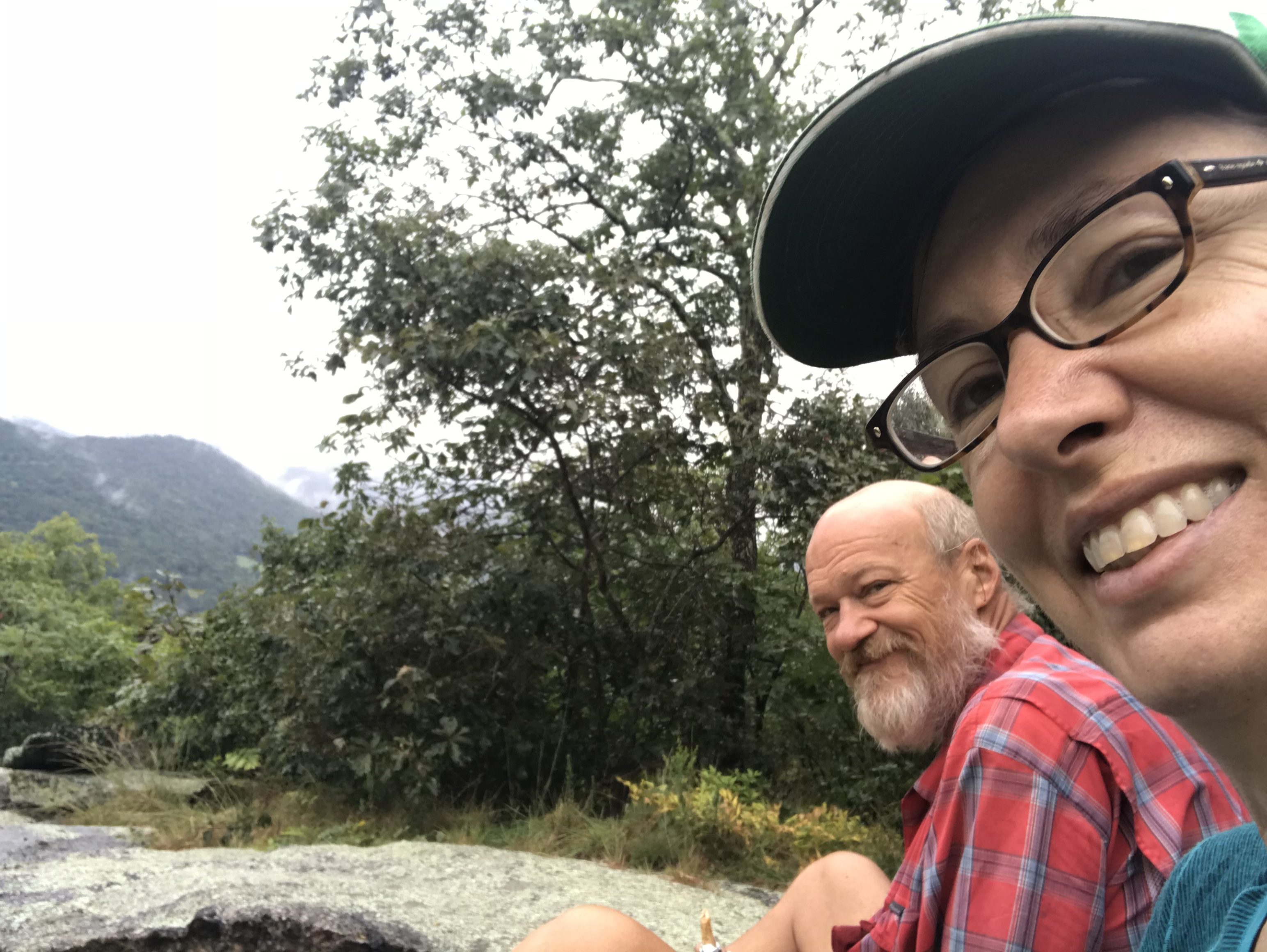 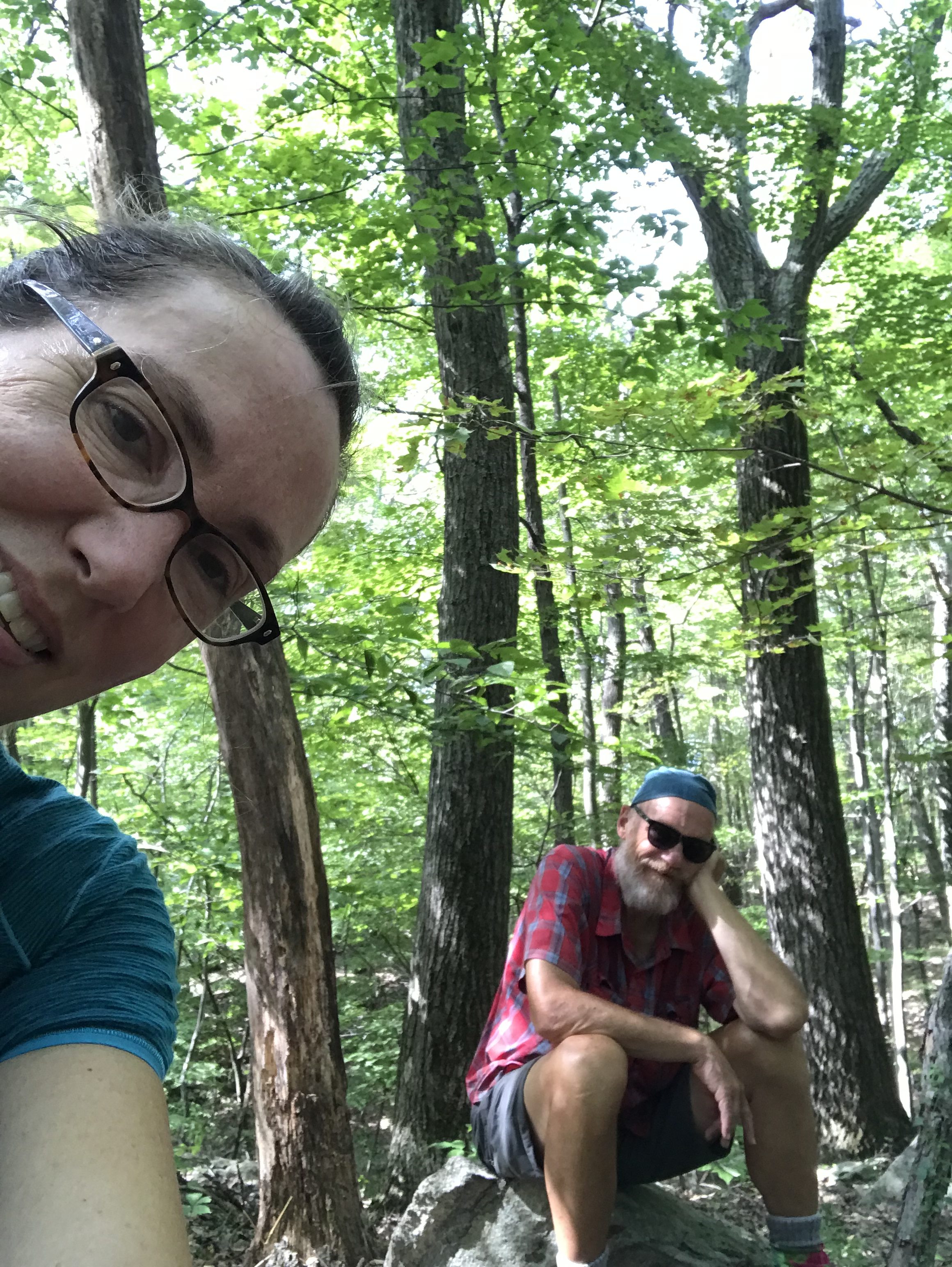 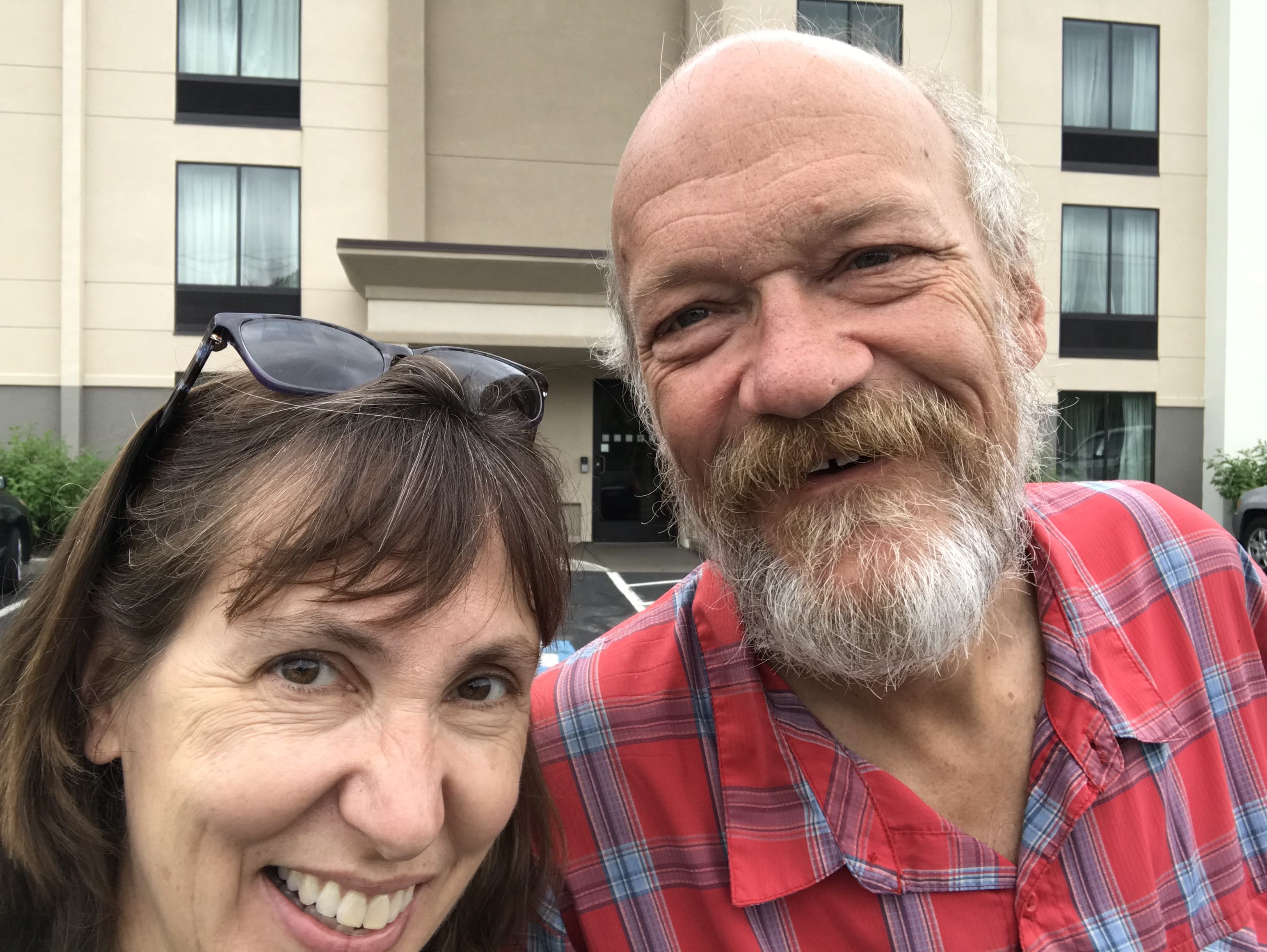 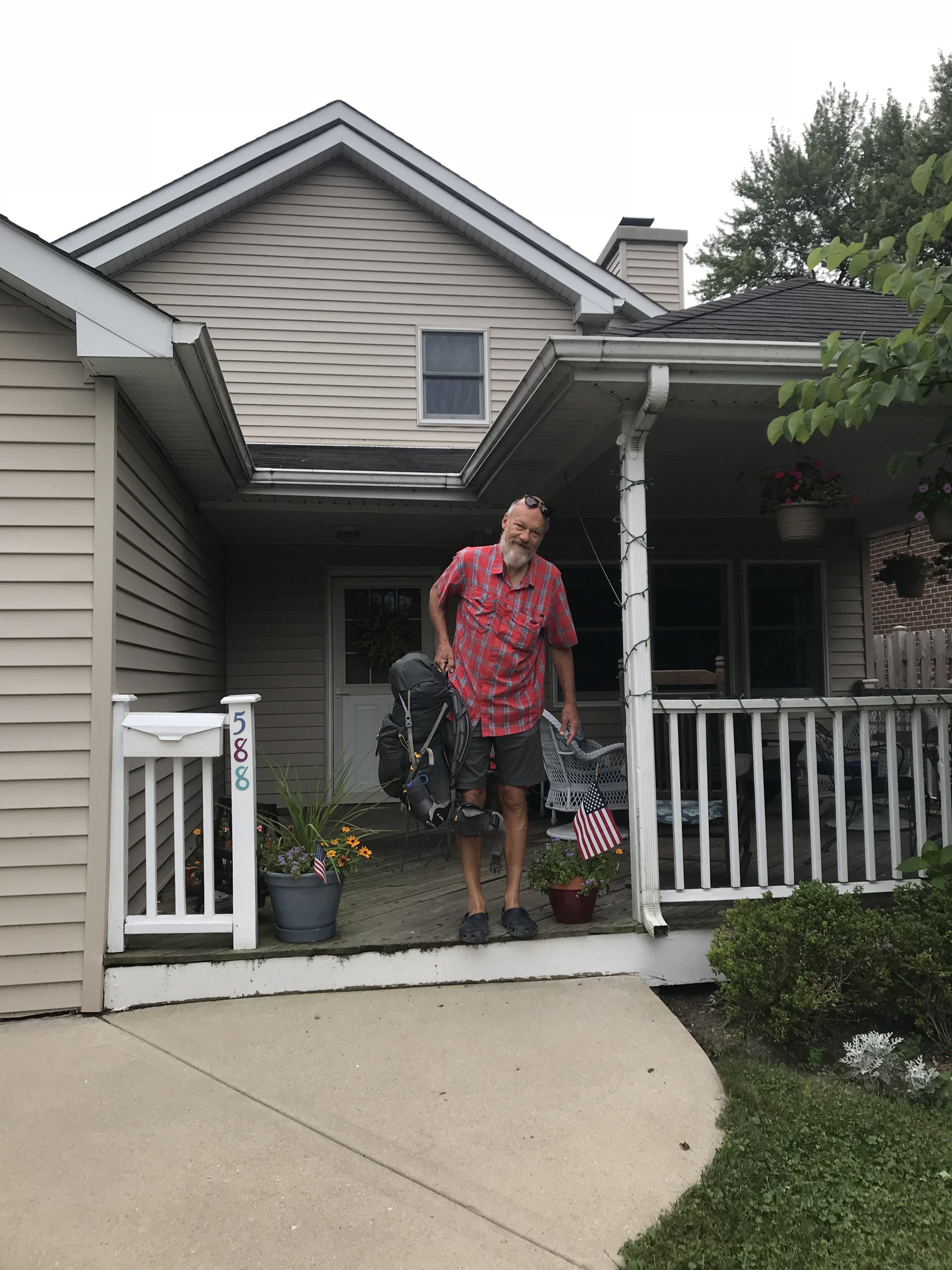 After ten days of resting, the trail was calling and off he went back to the AT. Fall was settling in. I had to deal with the furnace going out and a couple of car maintenance items. I tried to keep busy with a few trips during the fall, girls’ nights out, volunteering at church, and working out more. But the weather was turning cooler, then the time changed, and I felt like I should be getting ready to hibernate or something. In reality, I was feeling lonely.

So off I went to visit Mr Maps, this time with Mary Ellen, my sister, and Pat, my brother in-law. Such a fun road trip! But I honestly thought everyone knew the game 20 questions? Mr Maps and I hiked for two days, first climbing Three Ridges Mountain with the company of Mary Ellen and Pat for half of it. We camped that night. Are you ready? It was 20 degrees. Some might say we were crazy. But I just had to try it and wanted to push myself. Pat started a nice fire for us that evening before they left for their cabin. So we were able to stay warm for a bit while talking around the campfire before darting off to our own tents. Then it was time to prepare for the elements. We had to put our water bottles and water filters in the sleeping bags with us to prevent them from freezing. And of course, time to layer up with two pairs of socks and pants, gloves, hat, and two jackets. And man, I slept great! We weren’t cold at all. Seriously! 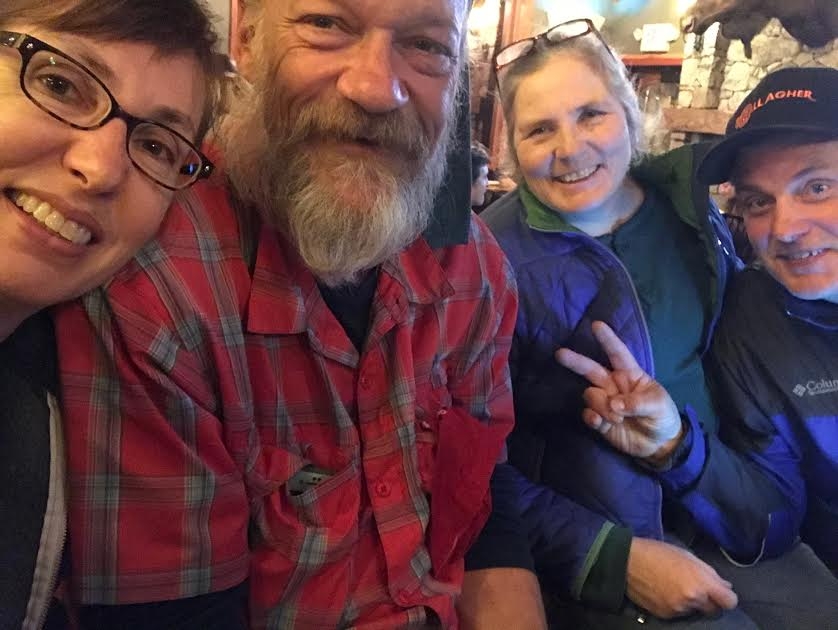 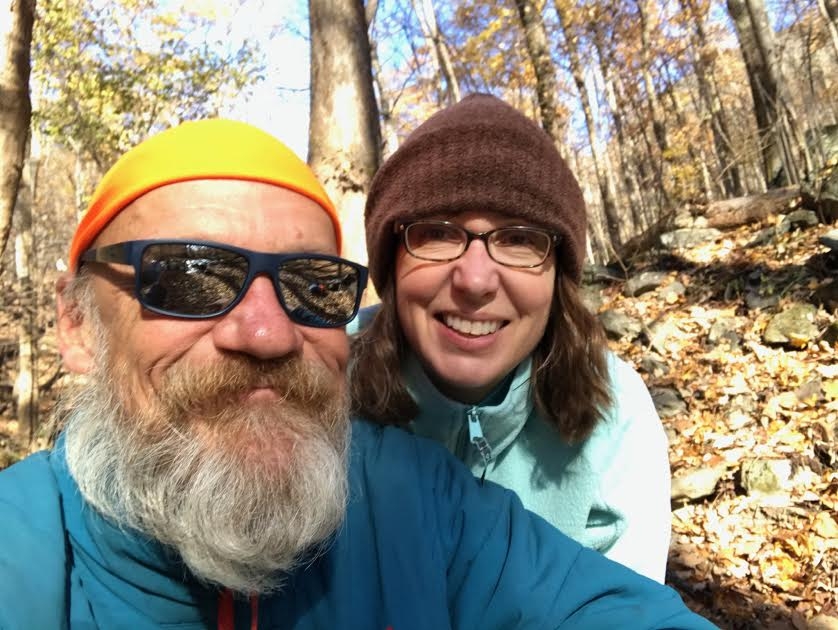 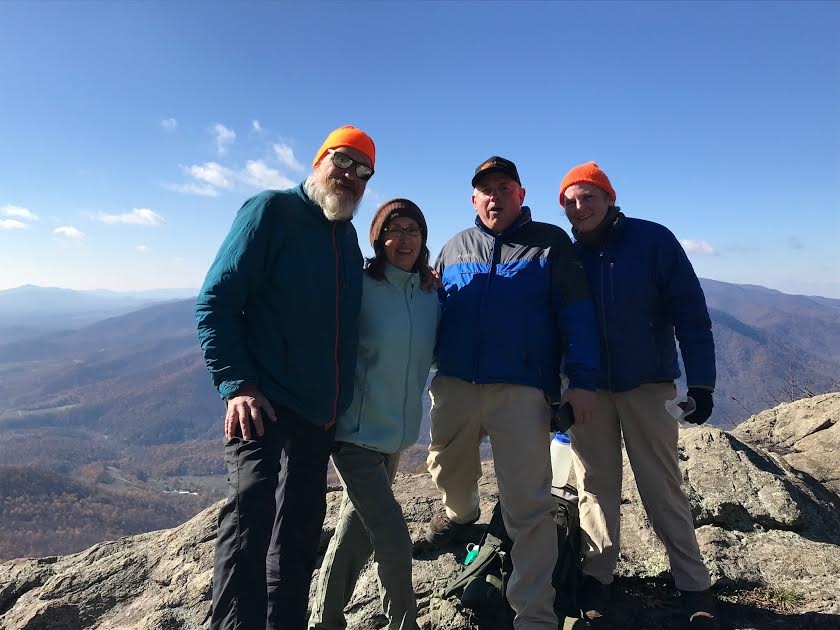 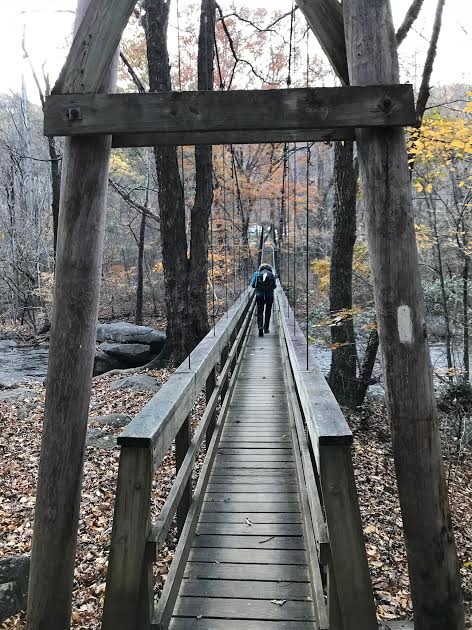 The plan for the next day was to continue on to hike The Priest. A huge shout-out to Mary Ellen and Pat for offering to help us slackpack. Otherwise, I would’ve been hiking in the dark if I had to carry my backpack up those 4,063 feet to the top of The Priest. Along the way, we met up with a group of five women (all from different states) who were having a great time and whom Mr Maps had crossed paths with earlier in the week. It was great to see them loving life and enjoying their hike. 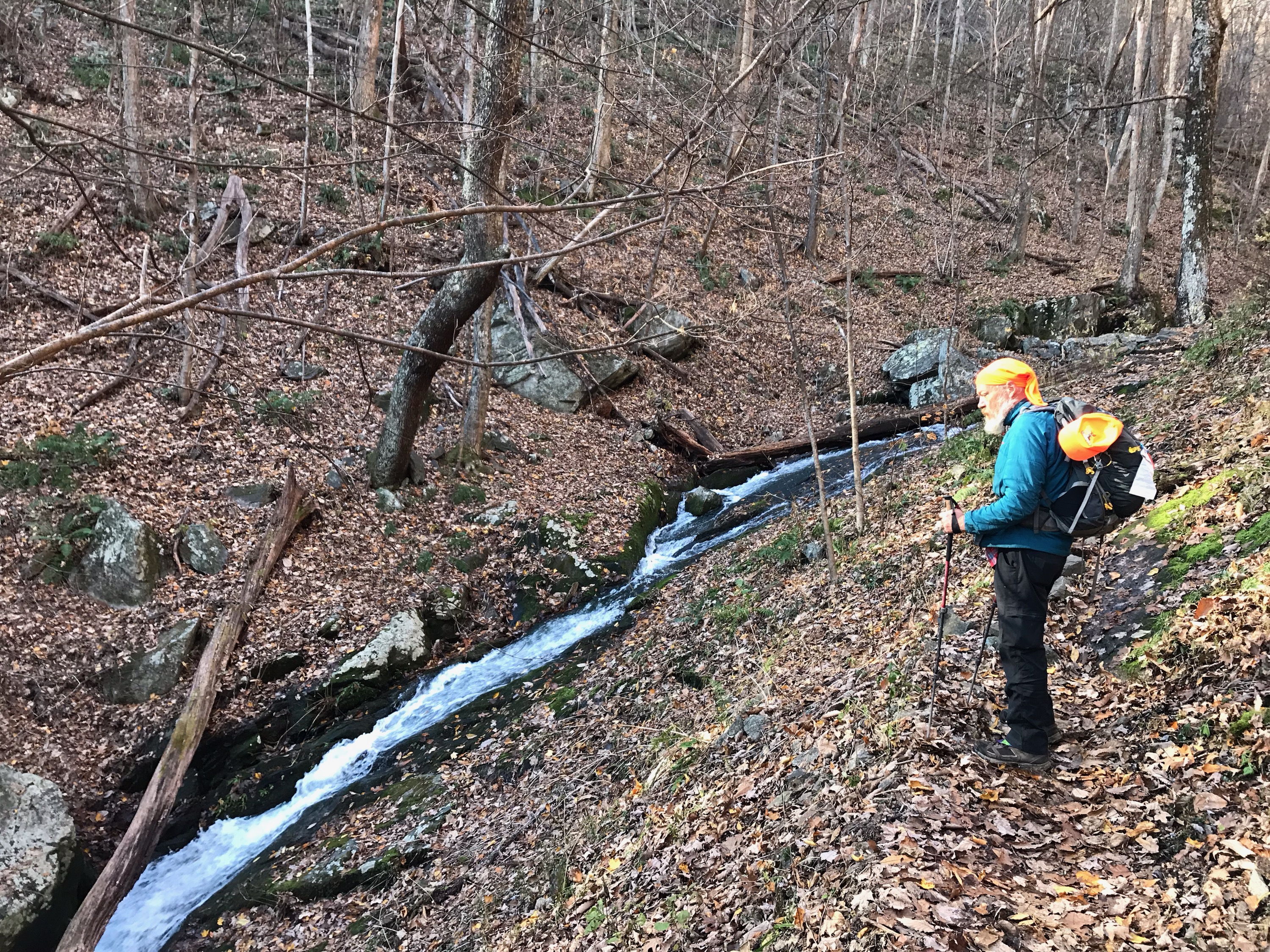 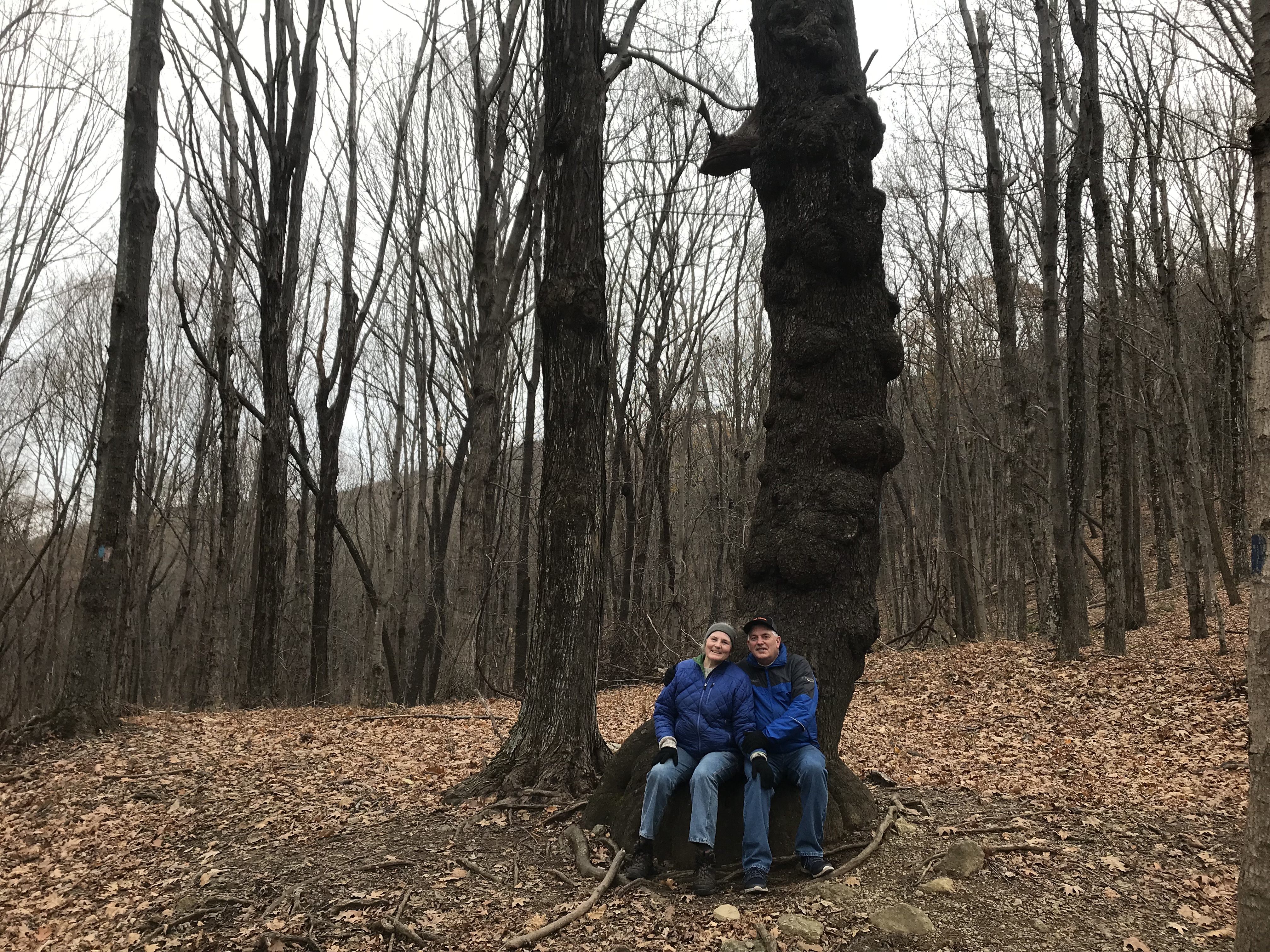 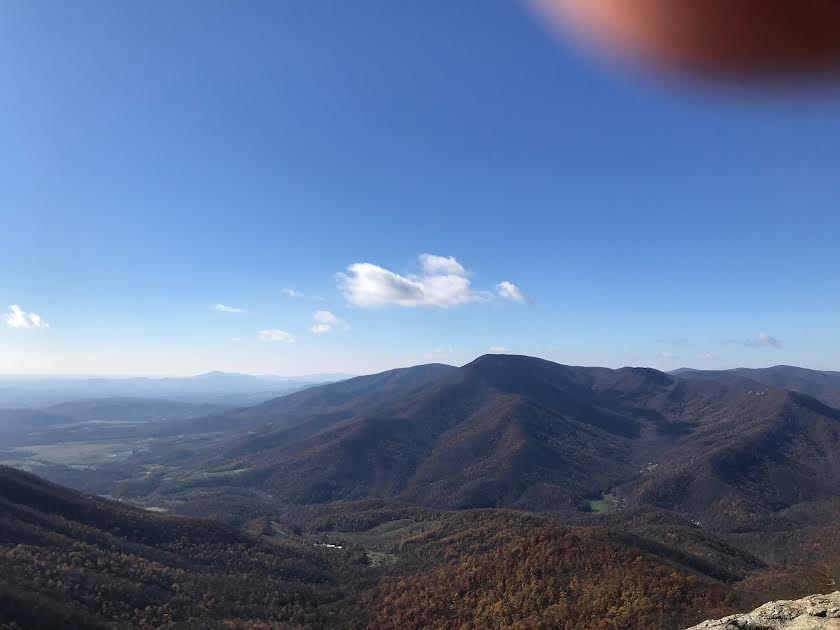 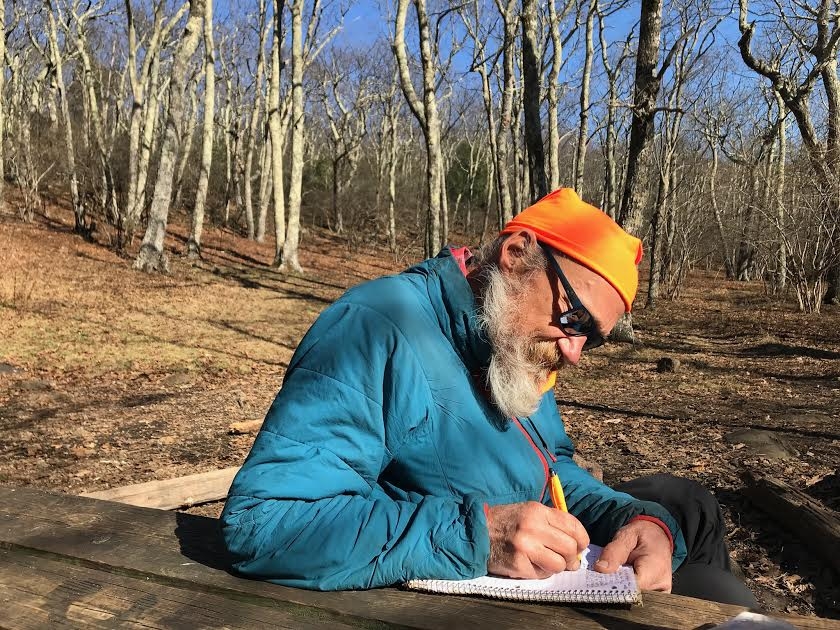 On the third morning, it was time for Mary Ellen, Pat, and me to drive back to Illinois. We weren’t planning on hiking but it just seemed wrong not to. To get back to the AT, Mr Maps had to hike an access road that was .9 from the AT, which of course was uphill the entire way. And for some reason even he couldn’t explain, Pat knew he wanted to carry Mr Maps’ backpack for him up the hill. What an awesome guy!

Now it was the inevitable. Saying goodbye again, like back in June and September. But this time as I watched Mr Maps, he had a confidence and determination about him, looking so natural as he hiked away. 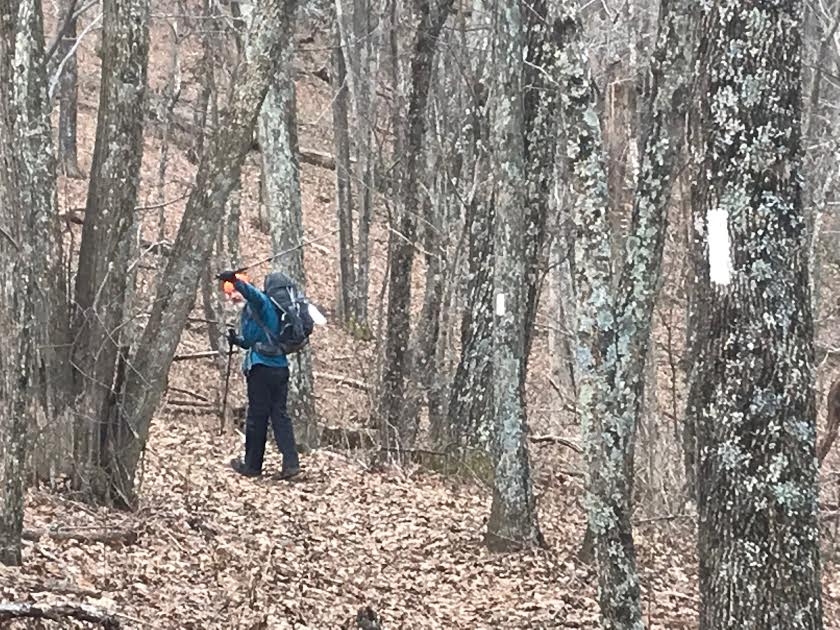 So here I sit, blogging. Now there’s something new for me, which I never would have done if it wasn’t for this AT thru-hike thing. I’ve learned a lot about myself these past five months. There were days I swear Mr Maps got the easy part of this experience. Then he would send me a picture of where he’s spending the night, alone in a shelter. And it hits me that no, I have it easy. He’s the one braving the weather, terrain, animals and everything nature has in store for him—alone. He’s the one pushing himself physically and mentally to attain his dream. He’s the one experiencing hiker hunger and losing 40 pounds.

And what about me? I’ll admit I enjoy packing up my backpack just as much as packing a box of food and supplies to ship to Mr Maps. But there’s nothing better than when all of my gear fits in my pack perfectly and everything smells so outdoorsy (doubt that’s really a word). Come on, you know what I mean. And lastly… who, me? I’m the proud plodder who feels that natural high when I put on my backpack to set off hiking with Mr Maps. 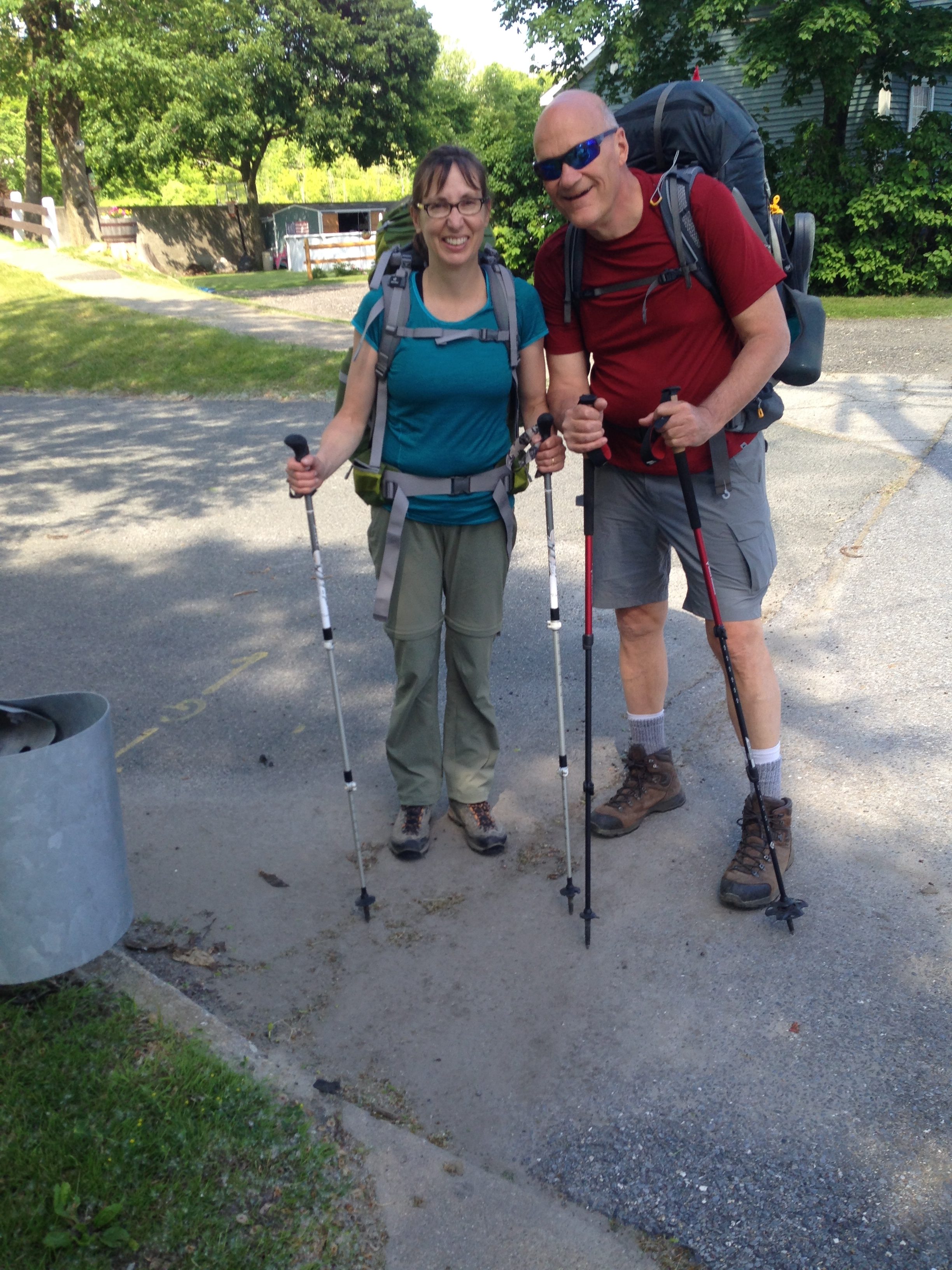 Free spirited, fun loving prankster going for a long walk. I’ve been dreaming about this for longer than I can remember, and I am completely stoked! I’m looking forward to burning up 5,000 calories per day including all the snickers I can eat. I’ve always wanted to sleep under a bridge, and I look forward to being homeless for a few months.