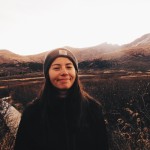 Where it all began…

My first experience on the AT, really my only experience on the AT thus far, was during my Junior year of college on a Fall Break backpacking trip to Roan Mountain, TN. That’s our group picture above. The one in the yellow, not even close to looking at the camera, that’s me. Up until that point, I had always loved the outdoors, but I hadn’t done much backpacking. On this trip, we got rained on the first day, I sprained my ankle the second day, and on the third day, we found a dead mouse in our water filtration system that we’d been drinking from all night. I’m still traumatized from that last one.

But you know what else happened? I got incredibly close to a group strangers in a matter of minutes, despite smelling horrendous (can’t stress how bad I smelled). I had a one simple goal every day: in the words of our beloved Aerosmith, walk this way. With no TV, YouTube, or SnapChat to distract me, I was forced to harness all of my energy into experiencing just that moment. That changes a person, the way one communicates, thinks, and acts; it certainly changed me.

How I Got Here

When our leader told the group the trail we were hiking was actually over 2,000 miles long, everyone  said something along the lines of “nah,” but when I realized how long the AT was, I thought “I’m gonna do it.” Over the years, I’ve heard some very valid reasons not to go through with it, but I always come back to that moment I knew thru hiking the AT wasn’t something I’d like to do, it was something I had to do.

The usual thru hiker Q&A:

So I can shoot myself in the foot, both literally and figuratively? Pass.

How about a taser gun?

I actually did have someone offer to train me on how to use a taser, with one small detail: I had to get tased as part of the training. So again, pass.

If you don’t eat meat, won’t you, like, starve?

The fact that I’m a vegetarian comes up quite a bit. I’ve never had a problem with protein deficiency, and I don’t plan on starting on the trail. It’s a lot more planning on my part when it comes to meals, but it’s definitely doable. There are several vegetarians who have thru hiked the AT and lived to tell the tale.  Case in point: Scott Jurek, a renown ultrarunner and vegan, broke the record for thru hiking the AT in 2015; he did it in 46 days.

Isn’t that going to be boring just walking in the woods everyday?

Don’t do it alone. It’s not safe out there.

The only times I’ve ever had problems being alone were all when I was in a city. I’ve been stalked, pick-pocketed, harassed, you name it…in a city. The worse confrontation I’ve had in the backcountry consisted of a squirrel hiding a few acorns in my boot one night. Granted, I’ve run into some close calls with bad weather, but how exactly would having another person present alter the situation? Truth be told, I’ve done quite a bit of solo backpacking, and it’s by far one of the best thing I’ve ever done. The reward far surpasses the risk.

So here I am, less three months from the big day. I’m counting the days till I take my first steps on Springer Mountain and finish what I had no idea I was starting three years ago.

Hey, everyone! I'm getting an early start on my NOBO and I'll be hitting up Springer Mountain in February (the cold never bothered me anyway, right Elsa?) I'm 24 and I grew up in North Carolina, but I live in Colorado right now, where I'm spoiled rotten playing in the Rockies every chance I get. I graduated from Appalachian State University with a BS in Cellular/Molecular Biology in 2015, and I'm thru hiking the last bit of my gap year before I hopefully start med school in August. I'm a simple gal who loves the usual things in life: big dogs, flannels, and free chips and salsa. Get ready for some serious shenanigans. Happy hiking!