The Trouble With Trail Magic

Random acts of human kindness breathe life into the Appalachian Trail, marking the long distance hiking experience with an amount generosity that’s impossible to match. The subsequent moments are a vital part of what makes the hiking community unlike any other. But what happens when an innocent bystander discovers insulin syringes hidden under the flapper of a toilet lid in a local hostel? When a cooler is left unattended? Or when stampedes of hikers rush to a specific location, having heard about an upcoming hiker feed? Wrappers flap in the wind, an echo of good intentions that yield terrible results.

A glimpse into the definition of “trail magic” is vital in putting altruism into perspective.The Appalachian Trail Conservancy’s Tenny Webster (SOBO 1996), quotes: “, while usually well-intended, can be troublesome for the entire Trail environment—including ecology (fauna, flora), Trail hiker culture, the treadway, and other Trail structures”. Although generosity and altruism in themselves are irreplaceable pieces of the Trail’s personality, some approaches to trail magic contribute (often unknowingly), to devastating results on the surrounding environment. Is what we’re seeing truly “magic” if it yields negative results?

It’s only when extensions of the trail magic experience go awry that problems begin to arise. In Webster’s own words, “I would say that the ‘magic’ of trail magic is that the entire experience is serendipitous for both the giver and receiver, and altruism, naturally, would apply to the giver (though application of altruism to the receiver makes for a fun thought experiment).  If this argument jibes with you, it necessarily places many instances of alleged ‘trail magic’ we see on the Trail squarely outside the umbrella of what trail magic actually is”.  Magic, the key ingredient, disintegrates when the altruistic balance between the “giver” and “receiver” breaks, leading to the eradication of Leave No Trace principles. True trail magic, then, largely relies on mindfulness of the end result.

Trail magic is often the extra sugar rush that keeps hikers motivated to move forward. It’s a gift that evokes an unparalleled openness in an incredibly unique community. The magic, in itself, is a glorious phenomena. The excitement that bubbles in your gut as you see a cooler in the distance is a distinct part of the long-distance hiking transformation. Saturated in stranger’s generosity and open-heartedness, one cannot help but reciprocate. The domino effect ripples into the cosmos, rooted in the overwhelming amount of magic that can be found on trail. But cognizance of the entire “magical” experience is vital in protecting the future of long-distance hiking. 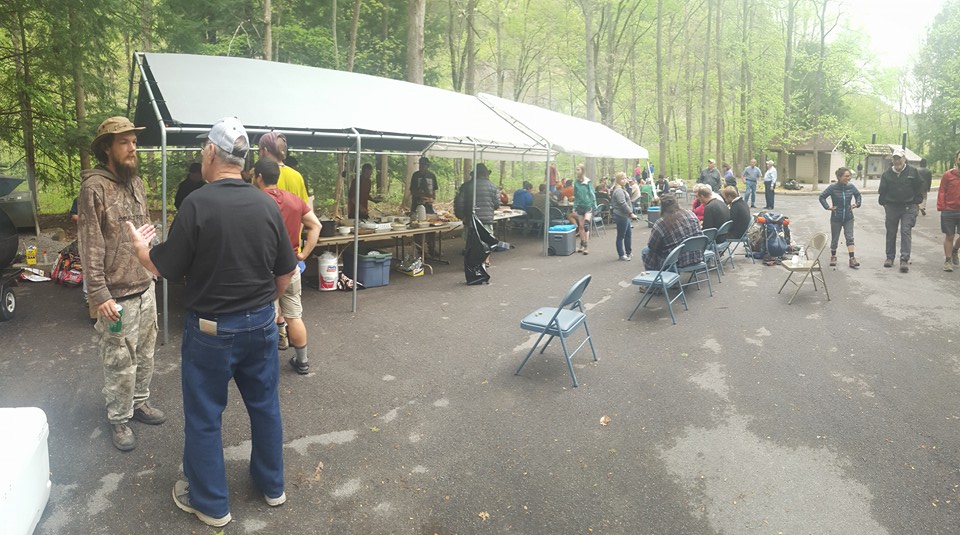 Although calorically deficient hikers rejoice at the prospect of free food, broadcasting hiker feeds frequently causes massive gatherings. “Hosts for hiker feeds and the people dropping off coolers of sandwiches target the big crowds.  This works very much against the ATC’s efforts to spread out hikers by creating a mechanism that aggregate them,” says Webster. When specific dates and times are established to encourage feasts at trail heads, thick concentrations of hikers arrive, dismembering the ATC’s efforts to spread out foot traffic and lessen the impacts on the environment. Even if the trail magician does a phenomenal job of eliminating evidence of trail magic, the number of hikers that congregate in a specific area still ultimately damages the environment. 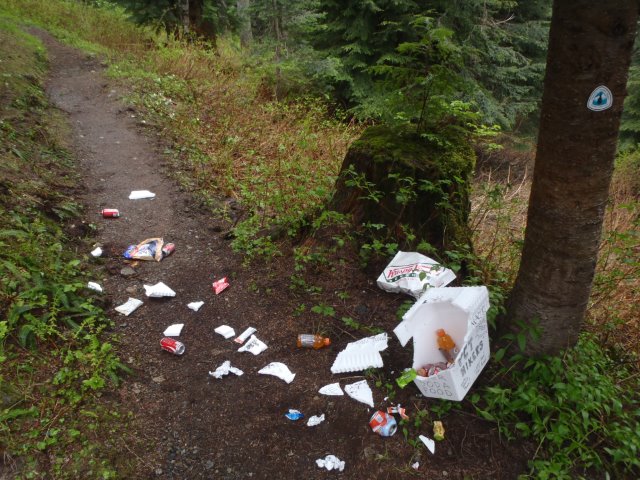 “The real damage–the damage that hikers feel days, weeks, months and possibly years later–are the bad encounters with bears as a result of them becoming habituated to human food.” Webster adds, “The aphorism, ‘A fed bear is a dead bear’ still rings true today if the problem bears get aggressive and persistent enough.  In any case, altering wildlife behavior is a pretty terrible outcome”. Not only do unattended food caches become aesthetically unpleasing but they also become dangerous as they adjust wildlife conduct. Bears become a little bit too courageous, having tasted the generosity of unattended stashes. Trail “magic”, then, potentially becomes just as treacherous as it is helpful.

Is Trail Magic All Bad?

As a former thru-hiker, I feel inclined to vouch for “magic”. Many of my most incredulous moments on trail were marked by human kindness, which in itself is essentially an artery in the trail network. But the need to preserve the trail’s beauty and sustainability of the thru-hiking culture demands mindfulness from the trail’s “angels”.

Since widening my personal lens and beginning to see the hiking experience from a place of longevity, I have begun to pack out other people’s trash. I have, no doubt, contributed to the disarray on trail in the past. It is then my obligation to ensure that I clean up after myself, even if I do so indirectly. Consider trail maintenance or educating the surrounding communities as similar approaches to keeping these ecosystems healthy.

There are certainly veins of trail magic that rarely present negative consequences (e.g. when the Hanover, NH community welcomes strangers into their home). And even the veins that typically present undesirable ripples have the potential to remedy themselves. The ominous message is not that all trail magic should be eliminated but rather that the effects should be carefully considered before the magic occurs in order to maintain its integrity.

The cause of many of the unwieldy consequences of trail “magic” is clear, but clearer yet is the solution. The trail is a living, breathing entity, forever shaped by our decisions while we’re a part of it. Conservation lies largely in our ability to see past the initial excitement of the giving and receiving of trail magic into the trail that we’re creating. Until the negative by-products of good-intentions are eradicated, the future of trail magic will be targeted. Cognizance of the human footprint is vital to the conservation of the Appalachian Trail. While,”trail magic and conservation are not opposite ends of a spectrum,” as Tenny Webster puts it, trail magic requires careful consideration of the implications associated with human life in the wilderness.