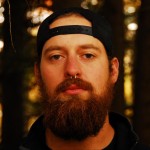 Thru Hiking, The Embodiment of Minimalism.

For me long distance backpacking is synonymous with minimalism, an escape from both mental and physical clutter. When you step out onto the trail with nothing but what is on your back you tend to gain insight as to what is really important in life. With that being said, the urge still exists to buy stuff when you roll into town and inevitably end up in the local outfitter. That shiny new tent that weighs .5 ounces less than the one you have looks incredibly appealing after yours has been covered in mud and developed a few tears. The compulsion to buy is ingrained in us from birth. Prior to hiking the AT I felt obligated and compelled to buy stuff just for the sake of buying stuff. Upon completing a thru-hike and returning home that urge has faded drastically and I have begun to surround myself with the important things in life such as family, friends, food and free time. Apparently things that start with “F” are incredibly important.

There was a guy I hiked with for at least a month on the AT and he was constantly, at every town buying new gear, sending old gear home and talked about nothing except the next thing he was going to get when he got to town. During the brief time we spent hiking together he purchased a new tent, two different sleeping pads, at least three wicking shirts, and every interesting gadget he came across at every outfitter. Needless to say, he didn’t make it out of Virginia. For some people the excitement of buying new gear is the real appeal that brought them out onto the trail, not the thrill of adventure and the challenge of pushing your body and mind to their limits. There are a few ways to avoid this dilemma before you even take one step out onto a long distance hike. 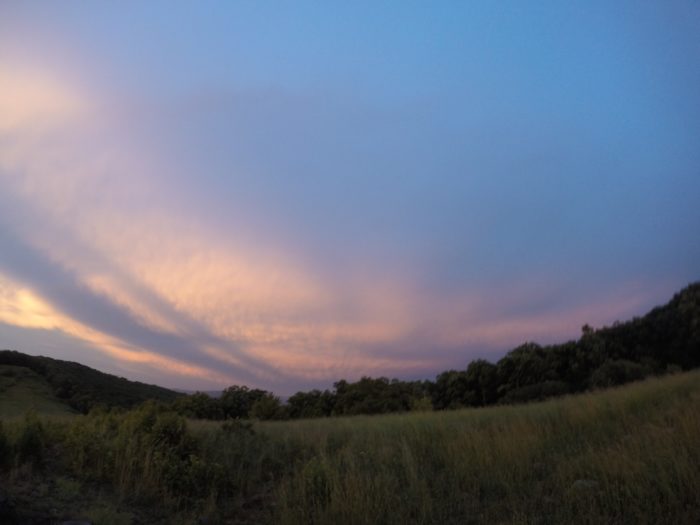 As Zach notes in Appalachian Trials, mental preparation is key to successfully completing a thru-hike. I would argue that it is by far the most important preparation for a thru-hike or for that matter, anything. With that being said, consumption is something you are going to have to let go of once you start long distance backpacking and this takes a great deal of mental fortitude. Essentially a thru-hike boils down to time, money, willpower and weight. You have to keep a balance between these four and continually buying new gadgets and gear at every stop drains money and adds weight exponentially. At some point you simply must let go of all of your wants and begin focusing on what is necessary to be successful both on your thru-hike and in your life in general. Developing and maintaining this practice both on and off the trail will improve your life dramatically, at least it did for me!

Ok, deprecation may be a little harsh, but it’s a cool word and I like to use it whenever I get the opportunity. By this I mean practice not buying stuff. Start weeding out the excess spending in your life before you hit the trail. When faced with decisions on spending, ask yourself if the item you want will add any value to your life or if it will just end up in a drawer after a week of use, never to see the light of day again. This small change can add up to a significant amount of saved time and money. This means more money for your hike and more time to spend preparing for it. This practice will roll over onto the trail when you catch yourself lusting after the world’s coolest headlamp that also functions as a disco ball AND an emergency life raft. Even though it’s literally the best invention of all time, you will be able to tell yourself no and realize that you will never use the emergency life raft, well at least until you get to Maine. 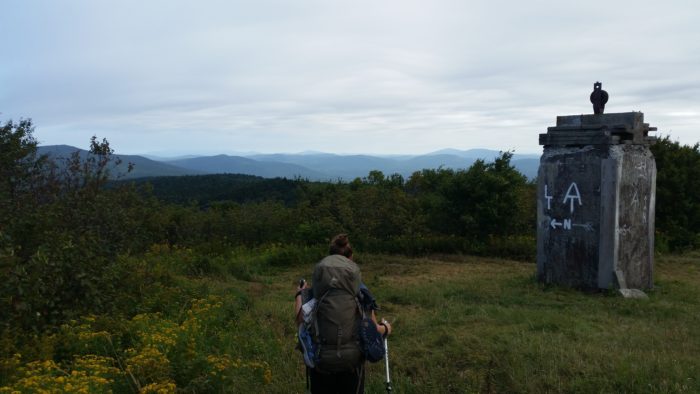 Ask Yourself the Hard Questions.

Be honest with yourself. Dig deep and find out if you are more thrilled by the idea of sitting on a mountain top with quads that burn so bad that all you want to do is sit there for the next three hours and complain while eating the same peanut butter and tortilla you have had consecutively for the last three months straight OR by drooling over another $500 tent that is 1 ounce lighter and comes in an even lighter shade of grey and orange? There’s nothing wrong with being a gearhead, but you must find out if you are ONLY a gearhead. Thru-hiking is much much more than having cool gear, I promise. This is not me saying that gear is not important, there are a few things that I would never go backpacking without, but it is LESS important than buckling down and putting in the miles and staying healthy.

Remember in school when they told you that if a teacher repeats something over and over again, you should probably write it down because it will be on the test? Well, DO YOUR RESEARCH. Before setting foot into an outfitter, know what you are looking for. Go online, look up specs, compare items and then and only then start purchasing. Don’t make the mistake of buying a piece of gear, only to later find out that you hate it and then end up dropping another $300 on a different piece of gear. There are more websites than you can imagine where people sit and argue about gear. Read them, come to your own conclusions, figure out what will work for you and get the right stuff. Buying the right gear from the start will mean buying less of the wrong gear in the future.

Know How Your Gear Works.

Having “backup gear” won’t do you any good when you’re 20 miles from the nearest town. Knowing how to fix and maintain the gear that you have will. A brand new pack 600 miles away in your closet is about as useless as the toilet paper buried a few feet off the trail from you at any given moment. Not only will you have to figure out how to get it to yourself, but you risk getting stuck in a town waiting on it to get shipped and losing time and money all in the same go. Knowing how to fix your pack with a sewing needle and dental floss (a real life scenario that happened to me) will serve you a hell of a lot better than that extra pack in your closet. A good majority of the time there is a place to replace broken or worn out gear in every town along the AT, which is much more efficient and effective than having people send you stuff in the mail all the time. 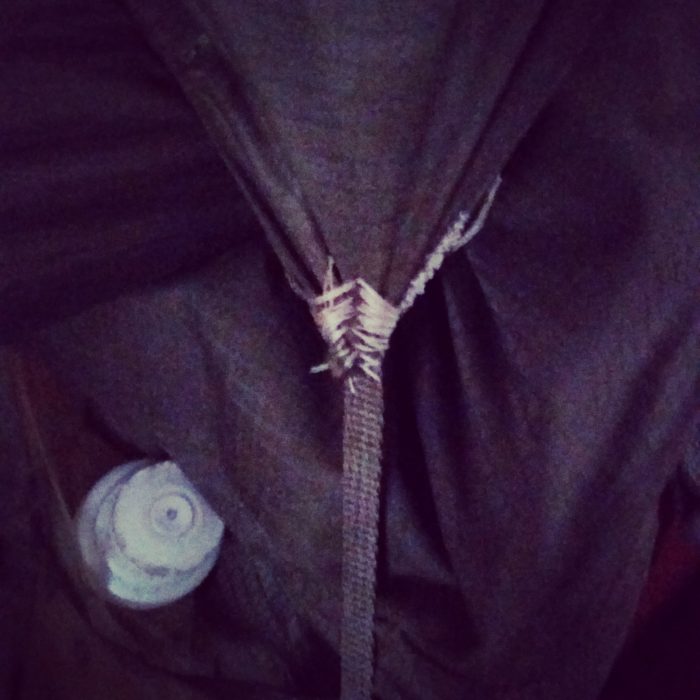 If you think hiking over 2000 miles is tough, wait until you have to come home. You step off the airplane or out of a car and are thrust back into a world full of bills, rent, paying for gas and the realization that you don’t even have a couch to sit on. This is where your ingrained minimalist skill set that you’ve developed over the last few month will come to your rescue. You’ve just spent the last 6 months sitting in the dirt so the couch doesn’t matter and you are an expert at eating cheap so you’re good to go. All of the stuff that was so important before you set foot on the trail seems so trivial and irrelevant. Upon returning home you can adapt to the alien world called “civilization” because you are a nomadic wizard beast that doesn’t need anything but water, air and food to get by. 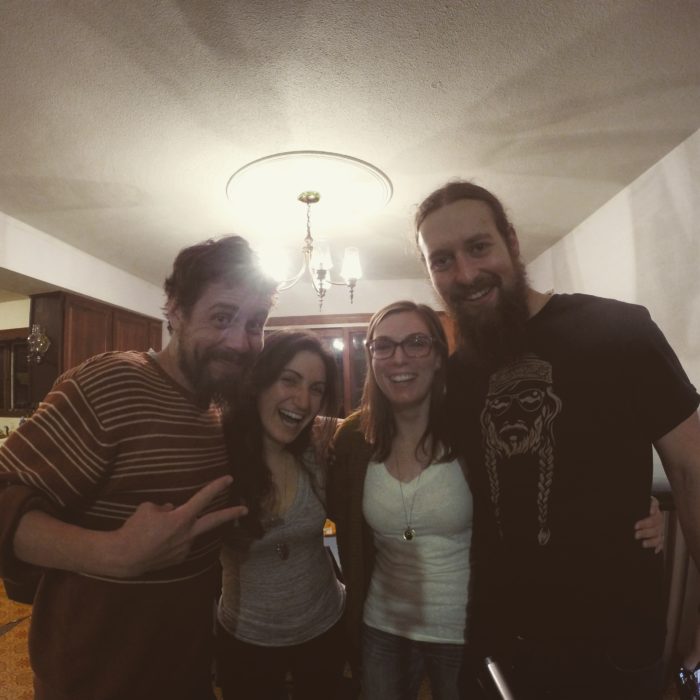 Inspirational Quotes and All That Happy Stuff.

To this day I practice the aforementioned skills I learned on the AT. I continually ask myself what is important and before dropping a dime on anything I think about the impact it will have on my life and the environment. I also think back to the moments where strangers with no reason whatever went out of their way to make my life better. Because of this I am much more free giving of my personal belongings because the trail taught me that helping other people is much more important and rewarding than having stuff. Long distance backpacking is the embodiment of the cheeseball phrase, “Less is more” but in the best way possible because once you do it, you gain a literal understanding of what that phrase means. Thru-hiking is much more than simply walking with a pack. It is an earth shattering, ego destroying, enriching experience. The trail changes your life in so many ways and for me all the changes have been positive. I will leave you with one of my favorite quotes from two dudes who call themselves The Minimalists, “Love people, use things. The opposite never works.”