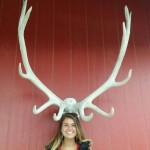 Trekking along week one with my Tramily & Trail Angels

Week one is done y’all!

Comin’ in hot from the Carter Gap shelter, North Carolina!! Mile 93.9! I can proudly say I have made it through an entire week of trekking the AT. Was it hard? Heck yes. Was I cold? Definitely. Are you in Pain? A little. Did I poop in the woods yet? NOPE! 😛 (thankful for privys!)

Now that we got some of the most important and most asked questions out of the way let me just say this, I am so freaking blessed. This week has had its struggles but the amount of encouragement from friends and family combined with trail magic and help of my tramily (trail family) has been beyond what I could have ever imagined. So thank you everyone! 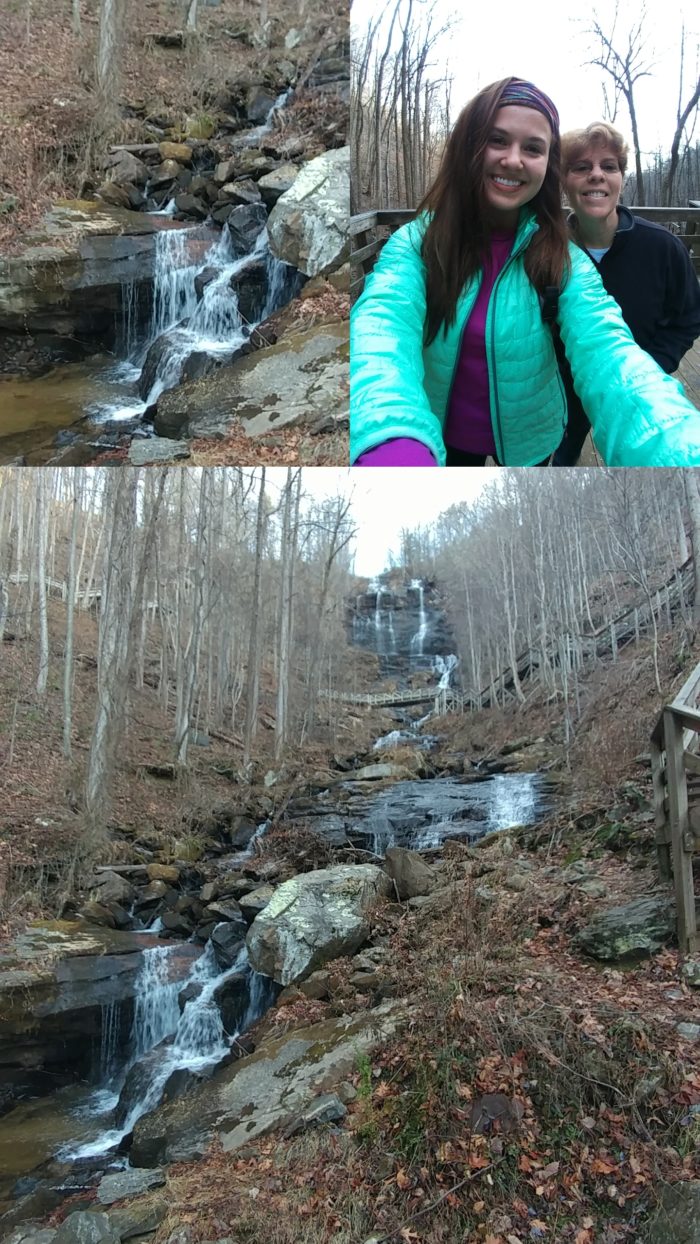 Monday I completed the Amicalola approach trail with my mama (who hiked it like a champ!) and went on to further to Hawk Mountain Shelter. There were 6 others there and we didn’t know it yet but that was the day our tramily was formed. Day two came and we all set out down the trail on our own time, not really sure where we were gonna end up. All I knew was I was not going to camp alone yet if I could help it. So gulping in as much air as my lungs could handle, I hauled ass over Sassafrass mountain to catch whoever I could from last night.

While descending down Sassafrass I came across a friendly group of elderly hikers who bestowed upon me my first piece of trail magic…an orange! (Thank you Carol). We chit-chatted for a minute, I had my picture taken then continued on my way down peeling away at my prize. Not long after I met up with Sam (Long Haul) and John (Carpenter), two from the night before and we pushed to a campsite at Suches, Georgia where we were surprised to see Travis (Four Seasons) and Tim (Fresh Ground), two more from the night before!! The other two showed up eventually and Fresh Ground already had a great campsite picked out so we set up there. There was a chance for rain and he said he didn’t think it would put us under water but I think he just wanted to watch us pull our tents out of the puddles at 6 AM 😛 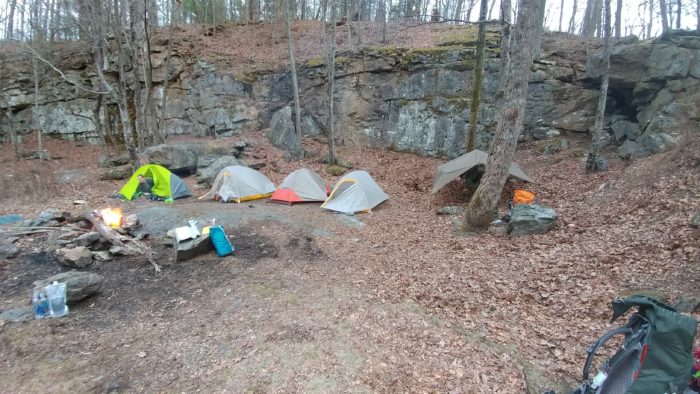 And that is exactly what we did on day three. Wet gear and all we headed out into the fog one by one with plans to meet up at Neel Gap. I thought I was gonna get to test out my rain gear but was pleasantly surprised by how quick the weather cleared and was blessed with the amazing view from the top of Blood Mountain. Descending from Blood Mountain, we all took a small break and resupplied then headed another mile in to Bulls Gap. Now I’ve never experienced a tornado or hurricane but I’m willing to be the winds we had were darn near close! That was by far the worst night yet on the trail. To make it even worse, it dropped below freezing that night. 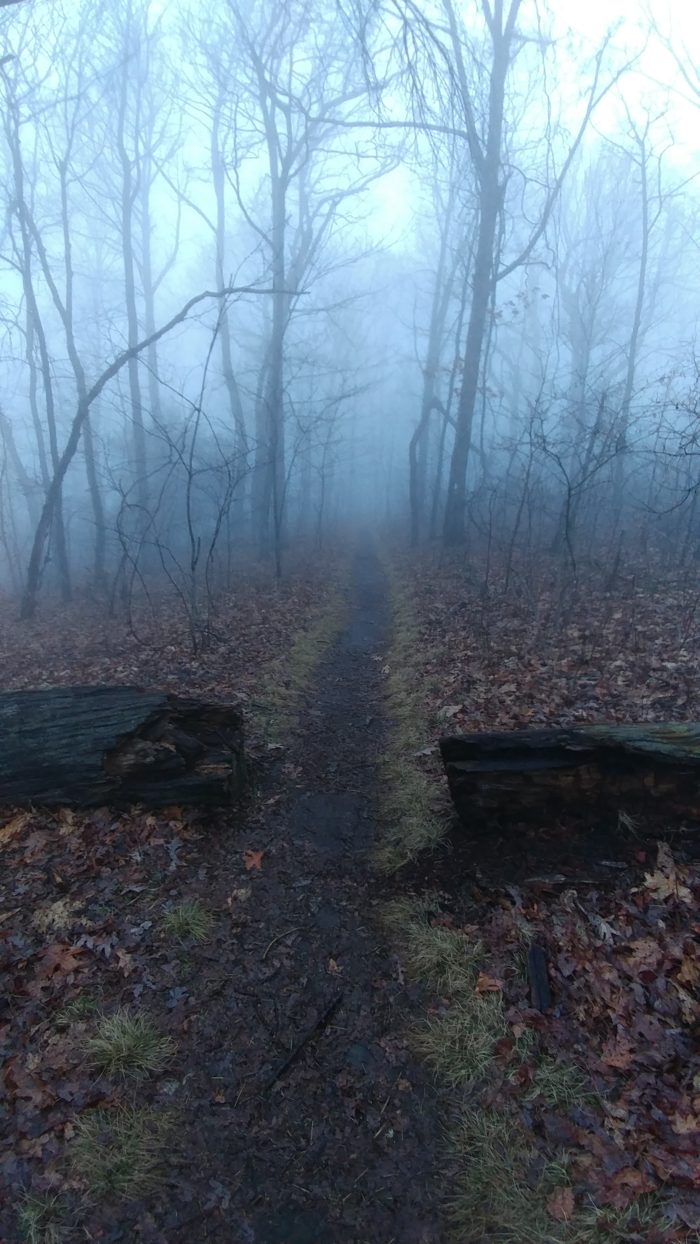 I guess I wasn’t the only one who didn’t sleep cause all but one of us were up and outta there by six AM. Headlamps and all, we trekked through the mountains which gave us the most colorful sunrise I’ve ever seen. It was so unbelievable and made every minute of that morning hike worthwhile. Coming down was as much of a challenge as going up but more so when I snapped not just one but both trekking poles in half and then one again after fixing it up with a stick and duct tape. Thus earning my trail name, Snap. But it was after that climb that I met Leonard, an angel. Literally- A Trail Angel! He was waiting at the bottom for Fresh Grounds and some of us with him to supply us with refreshments and even slack packed (hiking without a pack or just a day pack) us over the hardest climb of the day! Leonard being the kind hearted person that he is also let me borrow his trekking poles until the next day when we would see him again, along with his beanie because mine was sadly not warm enough.

This was also the day I had to pull out my “Why” list for hiking the trail. I woke up with a sharp pain in my upper hip that would not let up at all that day. Every rock my toes came in contact with sent a shooting pain up my entire leg and made me yelp in pain. Knowing that I should not have- I pushed on. We ended up doing 17 miles but really probably crawled the last few more than hiked it. My spirits and energy were so low. I slowly and painfully put up my tent, shoved three packets of oatmeal into my belly and tearfully crawled into my tent for the night. I read over my Why list, texted my mom and prayed for a warm night.

It was not. It was 2 AM when I heard the wind howling again and I pulled out my emergency blanket to wrap up in over top of my quilt. It must’ve worked because I woke in the morning with condensation on top of the quilt and wiped the sleep from my eyes.

Leonard met us again after our first climb of the day and was waiting with McDonalds sausage biscuits and other yummy treats! Even better though, he bought me new trekking poles!! Bless that man. Also letting me keep the beanie, he gifted me a insulated sleeping bag liner too? I was in awe. Here is this man I have barely known for a day, being so generous to me! Already proving what I’ve read so many times from other hikers: the trail will restore your faith in humanity.

We all downed a yoohoo, gatoraid and goodies then headed up another mountain (a couple of us also got to Slack pack!!) And there he was again on the other side waiting for us to fuel up with more goodies and do it all again. Though this time Caleb, Leonard’s grandson led us up the next climb. That little boy flew up the mountain! He even kept up a conversation the entire­ way! We bestowed upon him the trail name Happy Feet ?. After that climb we all said our thank yous and goodbyes to Leonard and walked away just amazed at how much he helped us. 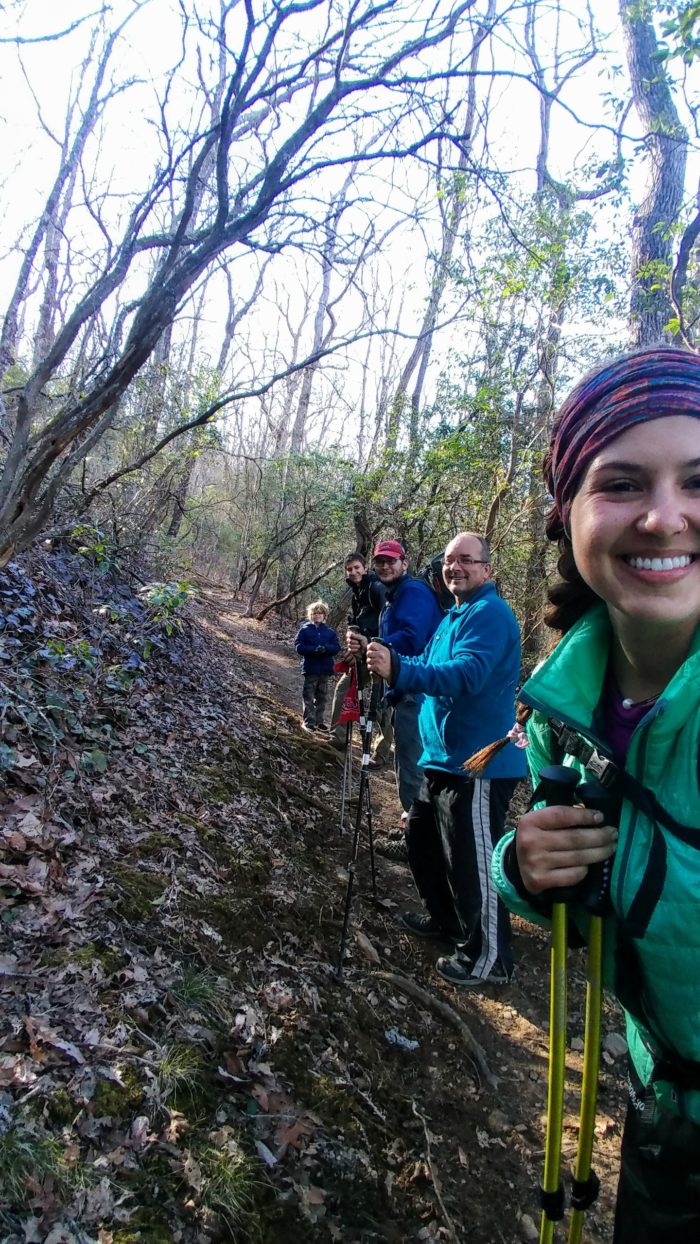 But that was not the end of our trail magic. The following morning Fresh Ground’s friends Jimmy and I Believe (who is a previous thru-hiker) were waiting for us with oranges and doughnuts! Also Speedy and Lily who met up (with more doughnuts) to visit with us all. They all gave us a ride to the Budget Inn in Hiwassee and we split two rooms, got hot showers (I took two), and we killed the local Buffett at lunch then another pizza buffet at dinner. 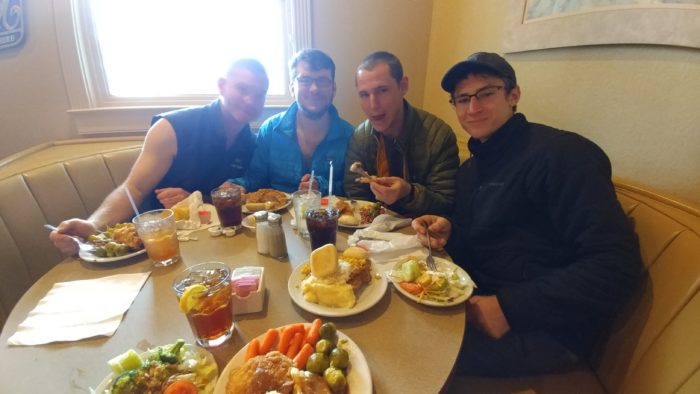 The next morning Jimmy shuttled us back to the trail and we were on our way! Thank you Jimmy, I Believe, Speedy & Lily for your kindness and help!! We miss y’all already.

Overall I’d say the first week and first town have been a success!

If you’re a long distance hiker you probably have one of these. Some choose their own but many let their habits or gear

We have another member of the tramily, Adam who fell back for a little while on day three to recuperate. He caught back up to us but we haven’t been able to come up with a good one for him yet!

Howdy! I'm Bethany from Houston, Texas. Ever since learning about the AT a little over a year ago I've been planning my hike, but i'm still having trouble trying to figure out how to keep a pint of blue bell ice cream in my pack without it melting! Just kidding (sort of). It's slightly crazy that people voluntarily hike ~2,190 miles, but hey my mom always says that I'm a nut, so I guess it's the perfect adventure for me!