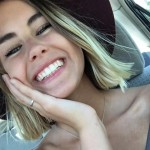 We got out of the hostel from hell and hiked out at around 9 a.m. It was a good morning of hiking, but once lunch hit my knee was in a bad spot. Our little group finally met up with the Hartleys! We crossed the Georgia/North Carolina border together, which was awesome, but not as exciting as I expected. We started hiking up from the border to Courthouse Bald and there was a disastrous uphill that murdered me. I rolled into camp last and depleted of energy. But I love my tramily and they cheered me up. After dinner we did a blue blaze to an overlook to watch the sunset. On the way back, I took a nasty fall and hurt my ankle. Falcon carried me back to camp so Julia and Mike could help do emergency first aid. It hurts a lot. 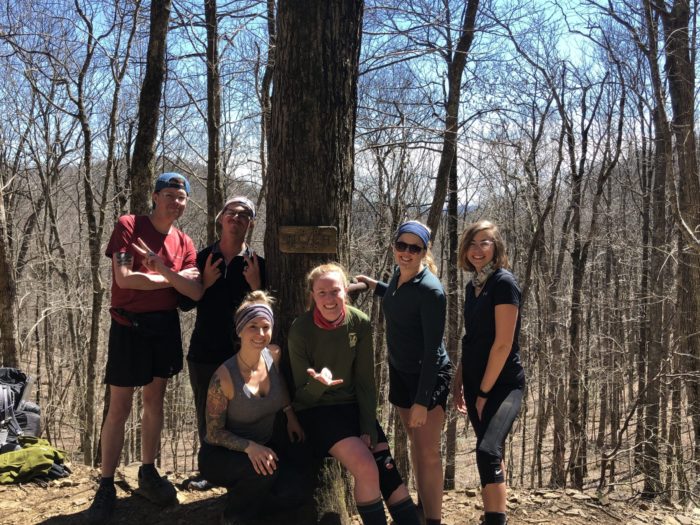 This morning humbled me. I had so much help from everyone breaking down my campsite. No one would let me carry anything in my pack. They split it up among the group. I hiked four miles to a USFS road that Lionheart had called around to open. We were all together that morning and it was a hysterical sight to see ten perfectly able bodied hikers moseying behind me, the cripple. Zen came and scooped me and took me back to the hostel that Lionheart was at in Franklin. I met Mom, Ira, Pink Panther, and Heartbreaker. We got dinner at a cheap Chinese place and I went back to my lovely little Budget Inn room.

It was so nice to sleep in a bed. I woke up at 7ish, still on trail time, and Lionheart stopped in to give me coffee. We went out in town way too early. Even in a hiker town things didn’t open until 10 a.m. The local bookstore finally opened and I lost myself in the stacks for a bit while petting the local cat Nancy. We bought books! I went back to my room to elevate/ice/ibuprofen my ankle. That afternoon, we went out to a bunch of waterfalls in the Nantahala National Forest. They were stunning. Tramily came in tonight and everyone went to Mulligans to feast.

Today was so busy and stressful. I got up to go to the walk-in unit. Good news; my ankle isn’t broken. Just sprained pretty badly. So I have a brace for my ankle and my knee. The police were called on Aquaman… Chipper (Zach Hartley) had to talk the hostel owner down. The guys were just storing their bags in the room. We’re all very annoyed and feel like people are treating us like we have the worst of intentions. Hermes and I went to Ingles to resupply. I bought a whole bag of oranges to give out to fellow hikers because we’ve all been craving vitamin C. Went to a diner for dinner but didn’t eat there because I bought too much at the grocery store. Hit up Lazy Hiker yet again with some of the tramily: Lionheart, Burner, Hannah, and Alex.

Woke up before the sun to go to First Baptist Church for pancakes. It was delicious and very moving to hear them talk about how much the congregation believes in us. The tramily caught a shuttle back to the trail and I’m finally back on trail, It feels so so so so soo good. We hiked into fog, hail, and snow. Wayah Bald held no views for us, which was admittedly disappointing. Had only a mile left to get to camp when I fell on my sprain and it swelled up again. When I finally hobbled into camp it was freezing and I had to set up my tent in the teeniest space available. I got into bed immediately after dinner and iced my ankle in a snow storm. It felt redundant. 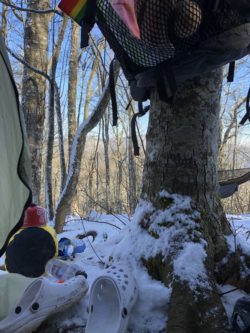 Hiked into the NOC today. The hike down was insanity and it looked like we were going to have to wing suit off the side of the mountain. We got there in the midmorning and filed into the restaurant ready to devour some goodness. I got a salmon summer salad, which I inhaled, and a couple of beers. The NOC was super hiker friendly and allowed us to loiter on their front porch for almost four hours in the sun. We were charging our phones and enjoying the afternoon sun. I had originally thought I’d push some more miles today but ended up camping with the tramily at a stealth site only a couple of miles out. 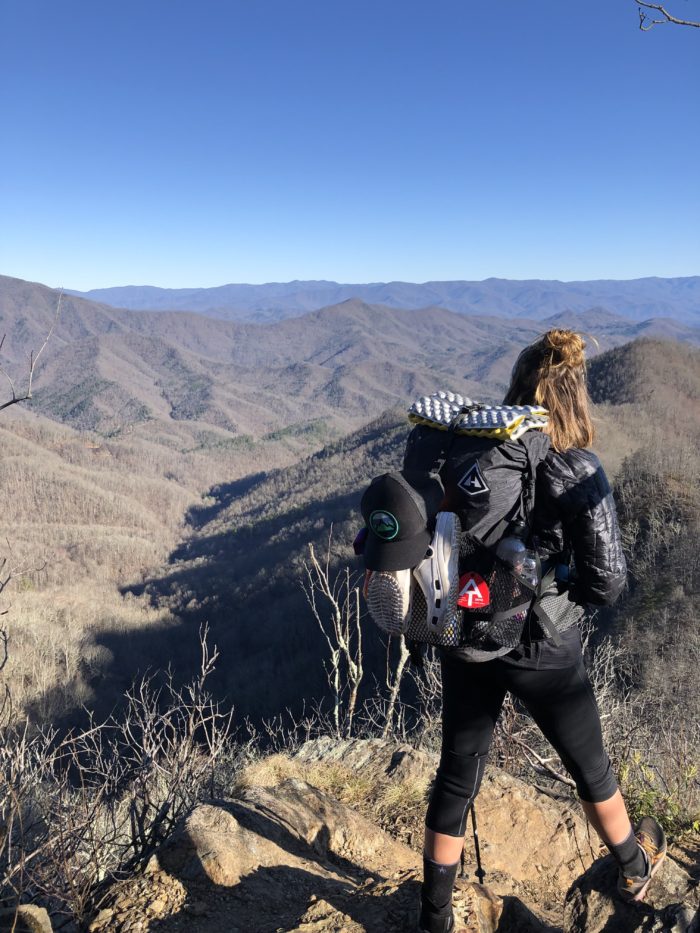 Today I left my original trail family of the Hartleys, Julia, Allie, and Dave. We had such a beautiful day on Cheoah Bald! The hike to it felt like a walk in the park. We spent two hours soaking up the sun and enjoying each other’s company. I did some yoga, everyone napped and ate and was merry. Then, we got to the place that they were stopping for the night and I announced that I wanted to push on. It was awkward. I didn’t want to hurt anyone’s feelings. McFly came by at that moment (very conveniently) to announce that he was heading to Brown Fork Gap Shelter as well! We connected instantly and talked the vast majority of our hike to camp. I like him a lot and hope that we stick around each other for a while. 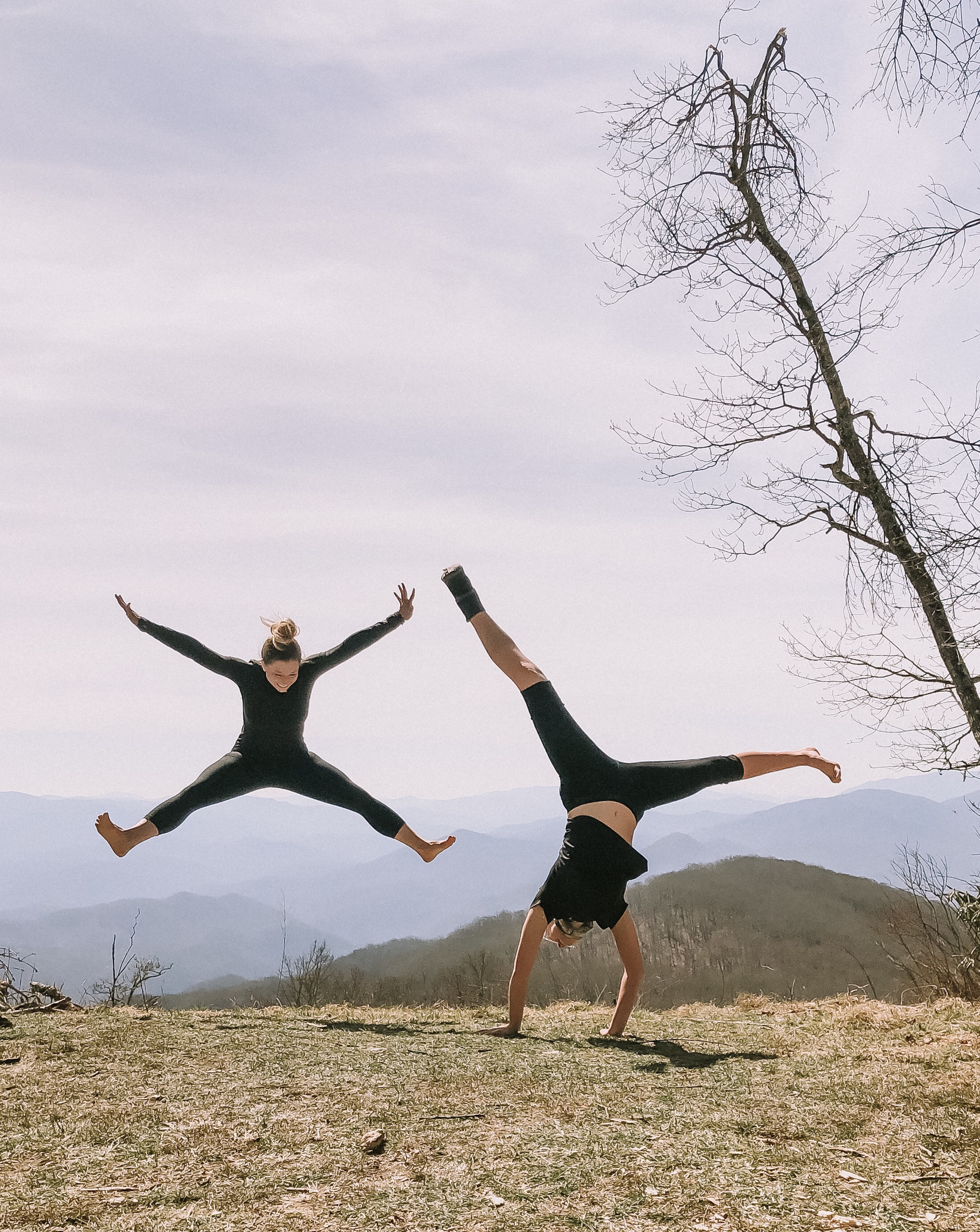 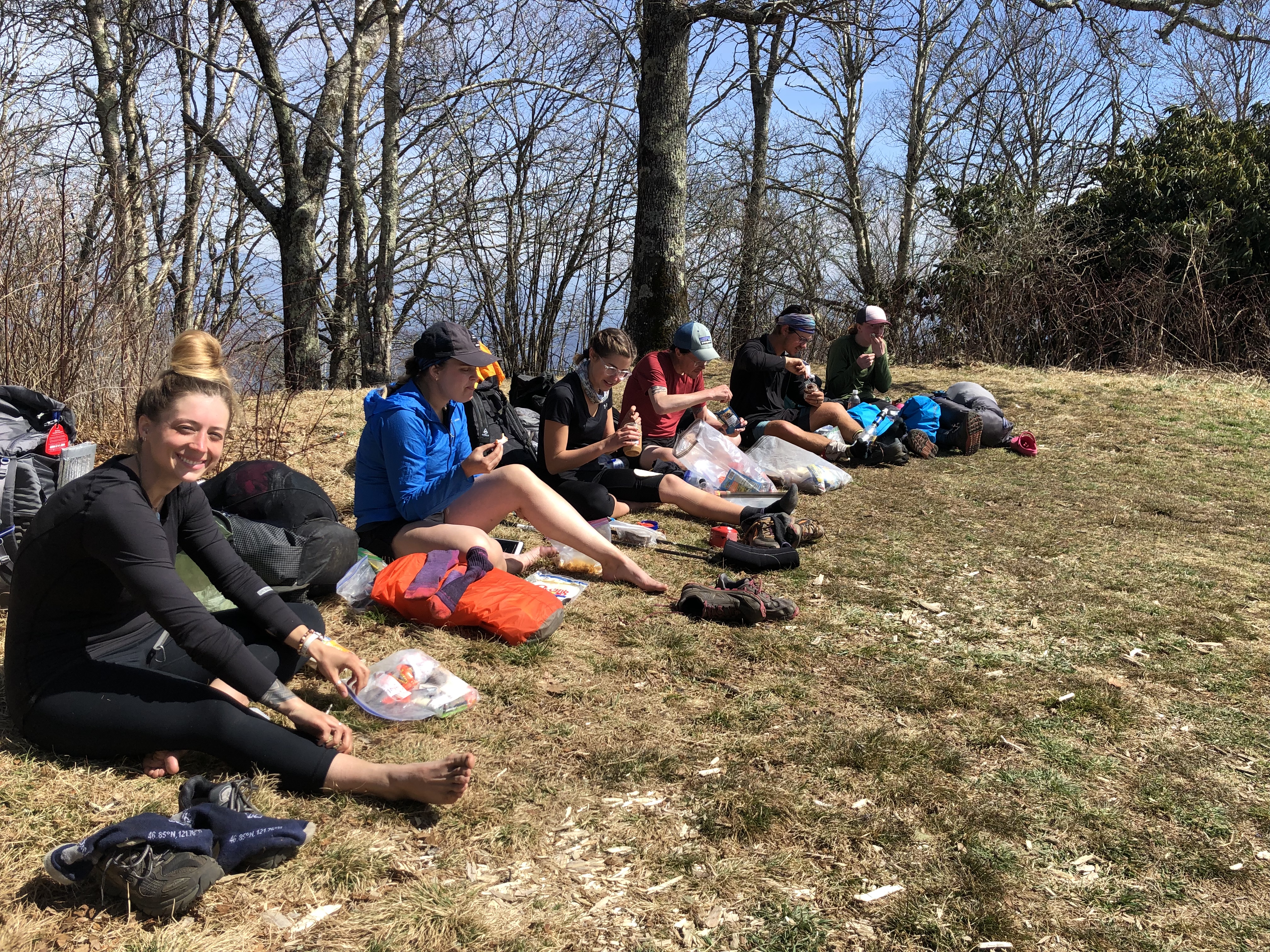 Hey y'all! I just graduated from college and instead of doing the normal things.. I'm going to be thru-hiking the Appalachian Trail in 2019. You'll find me flipping through Backpacker Magazine when I'm supposed to be bartending.