By the Numbers: Backpacks on the Appalachian Trail

As one of the Big Three gear items, backpacks are a crucial gear purchase. As my trail namesake, my pack was dear to me from the start. But after I crammed it through the crevices of Mahoosuc Notch, catapulted it over the Lemon Squeeze, and attempting to cram a Oreo Family Pack into my limited space, I became even more appreciative of the importance of a trusty pack.

To gauge the backpack preferences of AT long-distance hikers, Appalachian Trials surveyed 116 2000-milers and 63 section hikers who trekked the Appalachian Trail in 2015. Two-thirds were men and one-third were women.1 Most hikers were 20-40 years old, with the 51-60 year-olds also representin’. 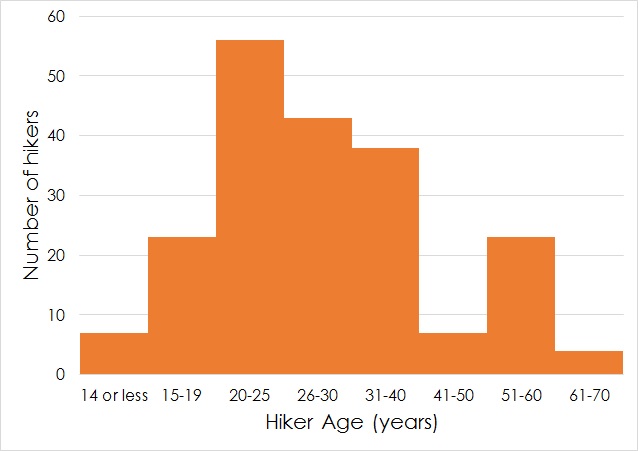 Section and thru-hikers had roughly the same preferences in pack based on capacity, pack type, and likelihood of switching.2 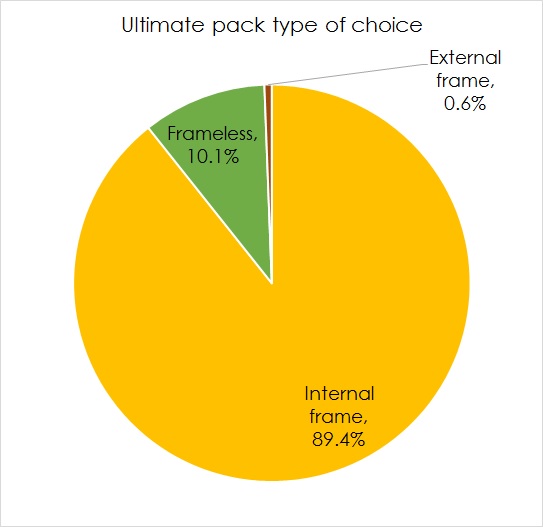 On average, hikers started out with packs that could hold 62 Liters. The lowest starting capacity was 30 L and the greatest was 92 L.

Unlike sleeping bags and footwear, backpacks tend to last the duration of a thru-hike. 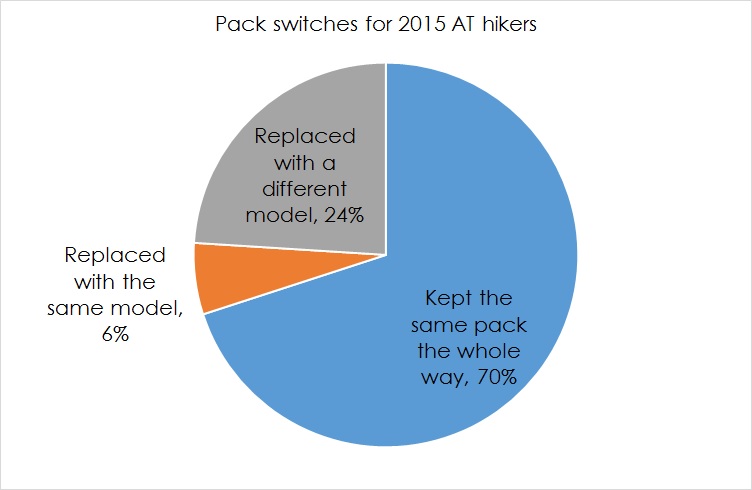 In our survey, 70% of hikers said their backpacks lasted the duration of their trek. This was roughly the same for thru-hikers (67% of packs lasted) and section hikers (73%). For both section- and thru-hikers, approximately 6% of hikers replaced their packs at some point with the same exact model (many gear companies have warranties of a year or more, meaning they have good replacement policies for a long-distance hike).

One in five (20%) of hikers were at least somewhat dissatisfied with the pack they started with, and about a quarter (25%) switched to a different model during their time on the AT.

When hikers did switch packs, 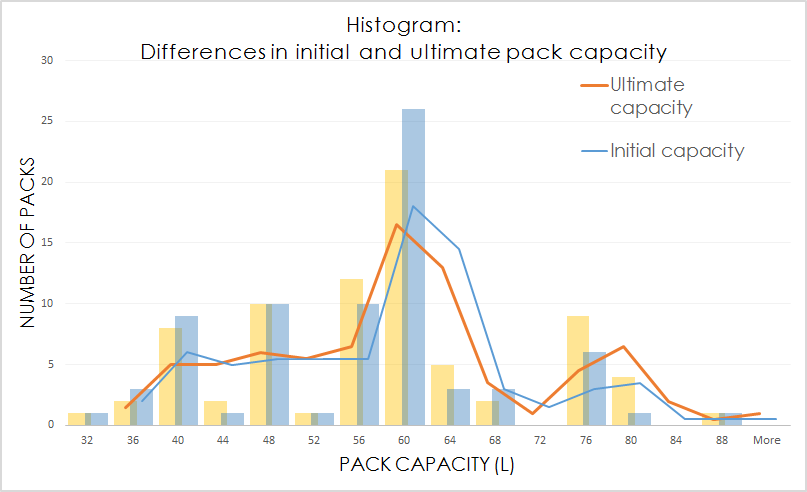 Some of the reasons hikers said they switched up their backpacks mid-hike:

We also asked hikers about the brands they used on the AT, and their brand of choice if they used more than one. 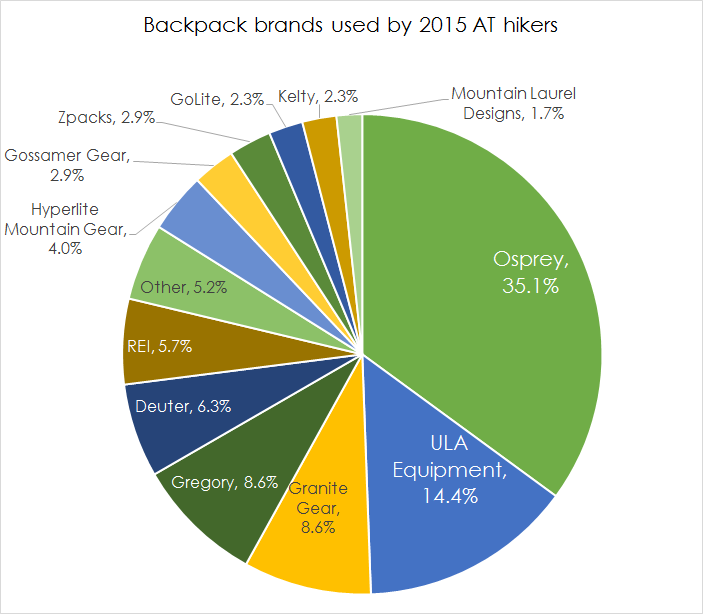 The most popular brand was, unsurprisingly, Osprey, followed by Ultralight Adventure (ULA) Equipment, Granite Gear, and Gregory. Although many hikers carried ULA and Gregory packs and most liked the packs themselves, a number of them voiced frustration with the customer service and warranty policies of these companies.

This is not to say that smaller companies or cottage industries do not produce quality backpacks for distance hiking! Some hikers who bought poor quality off-brand packs were not satisfied with their pack durability, but most hikers said they were satisfied with their backpacks. Specialty brands (e.g., GoLite, Gossamer Gear), smaller companies (e.g., Aarn, Mountain Laurel Designs), and brands known for other gear, like Black Diamond, were well-liked by most long-distance hikers who carried them.

Implications for future AT long-distance hikers

Unlike sleeping bags, most hikers will keep the same backpack the whole way. So, it is important to pick the best pack you can!

Unlike footwear, distance did not affect pack preference or satisfaction for most hikers. This means that the pack you try out on test trips for a few days will likely work well for you over thousands of miles.

Not all thru-hikes and not all thru-hikers have the same needs. Ultralight works for some, but not others, and seasoned backpackers will tailor their preferences as they gain experience. If you are a novice backpacker unsure of what you are looking for, stick to a pack close to the typical type that most hikers carry (50-60 L capacity, internal frame).

If you are unfamiliar with backpacking gear, the popular brands and models listed above are a good place to start. However, if you’re interested in smaller, quality brands, check out these recommended packs.

We are so grateful to all 2015 hikers who participated in our survey! Congratulations to you all!

Many thanks as well to Zach Davis for helping me put this together.