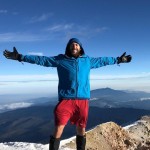 Expedition into the Physical and Mental Frontier

You want to do what? It’s going to take you how long? What are you going to do for food?

If you have ever done or planned a thru-hike you know these questions all too well from your friends, family, and that random stranger you met on the ski lift. But these questions are also synonymous with endurance events and the similarities between the two is what really pushed me over the edge to take on ProjectMOVE.

Before diving any further I want to first define what an endurance event is. Simply put, an endurance event is any event where you have to eat in order to finish. These events include running, biking, swimming, and any combination of the three. So how did endurance events start? There must have been a group of guys sitting around a fire hundreds of years ago who randomly decided it would be a cool idea to go run 100+ miles, right? Wrong! The history behind endurance events is a fascinating journey through the human brain itself. The first marathon took place in 1896, which has then evolved into 1,100 marathons happening in the US alone. So someone accomplished a continuous run of 26.2 miles; that’s never been done before and surely we will all just try to repeat this great feat, right? Wrong again. Some genius thought it would be cool to run eight times that far for 200 straight miles. That is an insane distance; there can’t be anything harder than that. Wait for it… wrong! Why settle for a 200-mile run through the city when you can run 135 miles through a dessert, in the hottest month of the year, or 380 miles through the Arctic Circle. The evolution of endurance racing is an ode to competition but it’s not the competition between you and me, it’s the competition between you and yourself. It is this competition that keeps fueling the brain to push limits.

You Play to Win the Game

Is there a better feeling than accomplishing a goal that was thought to be, either by yourself or someone else, impossible, or at least improbable? I got my first taste of this feeling after completing the Pikes Peak Ascent in 2017. The Pikes Peak Ascent is a half marathon up Pikes Peak in Colorado, which has an elevation gain of almost 8,000 feet, up to 14,114 feet. It was the hardest physical challenge I had ever done and it taught me a valuable lesson: eat more mustard. I didn’t realize it at the time but that feeling of accomplishment was hard to come by and, of course, I wanted more. 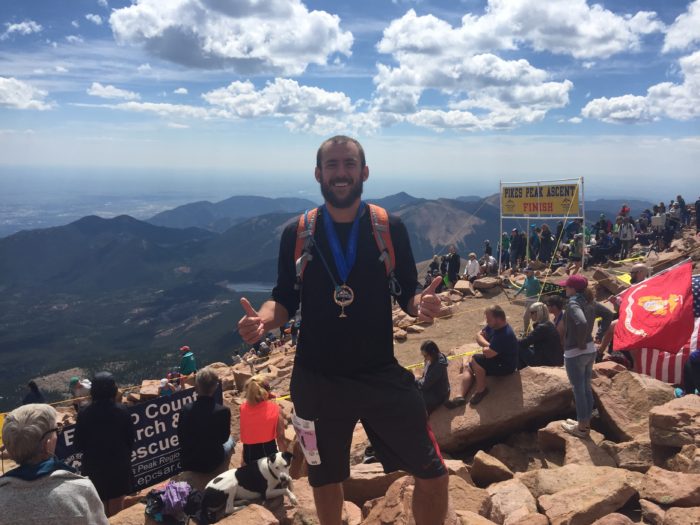 The next year I signed up for the Ascent again and my goal for that year could be summed up pretty easily: try to break myself mentally. The morning of the race in 2018 the summit was covered in dark thunderstorm clouds and the directors decided to cut the race in half, only racing up eight miles. The idea of not being able to fully push myself and regain that feeling of accomplishment was devastating. So I did what any logical person would do; I signed up for a 40-mile ultramarathon from Crested Butte, CO, to Aspen, CO, two weeks later. At this point in my life my max racing mileage was 13.1 miles, so this was going to be interesting. Two weeks passed about as fast as they possibly could and before I knew it I was on the road to Crested Butte.

The first 19 miles went on without a hitch, I was able to cruise through the 20-mile barrier and before I knew it I was on the final ten miles. It was in the 30-34 mile range that I hit the exhaustion wall. But the interesting part was that the exhaustion wall that I had hit was not a physical exhaustion, it was mental. I know it is weird to call it a mental wall when I felt like my body was just going to randomly collapse but the final miles showed that it was just that. My mind had hit a wall and was telling my body that that was it, there was no way to continue. Yet step after agonizing step my muscles kept going and with each step my mind began climbing the wall that it had totally given up on. It was this slow grind that finally gave way to an absolute euphoric feeling as my mind landed on the other side of that wall and I couldn’t help but smile as I stumbled through the final few miles. 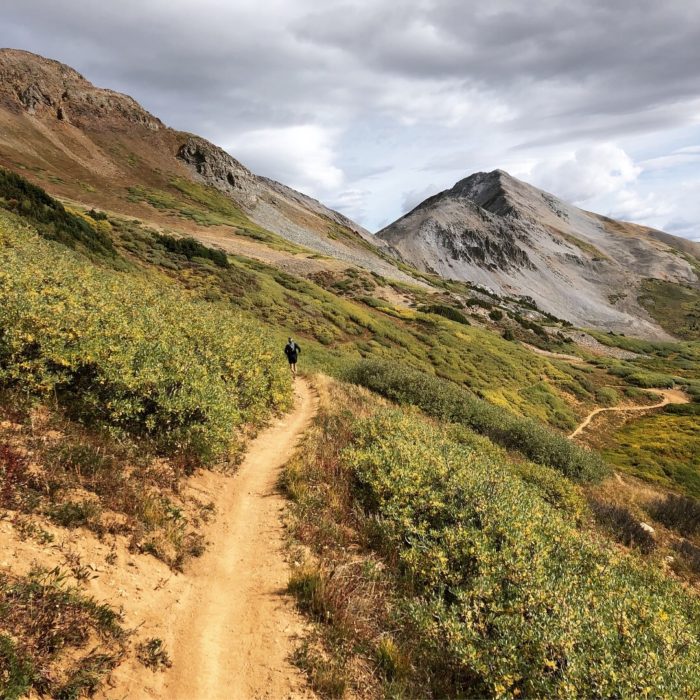 It was driving home from this race, that euphoric feeling still fresh in my mind, that I listened to Backpacker Radio for the first time. The first two episodes I listened to were both part of the Trail Correspondence series, the first being about the highs on trail while the second was about the lows. One thing really stuck with me from these two episodes, and that was that a lot of the hikers’ highs were almost derived from their lows. It was finding that mental wall and climbing it that turned into one of the highlights of their hike. Hearing this and experiencing a similar feeling the day before sealed the deal; halfway home from Crested Butte I was fully committed to ProjectMOVE and taking on a challenge that has never been done before.

How have you challenged yourself recently? Whether it is physical or mental, sometimes these are one in the same. I challenge you to push yourself until you hit that wall and begin the climb, because that is when the real rewards will begin to come.

Hey guys! I grew up in Colorado and did my 4 years away at college before getting back to CO as quickly as possible. I grew up doing your average family outdoor activities (camping, hiking, etc) and slowly got more into mountaineering towards the end of high school. My freshman year at Williams College I went on a 4 night backpacking trip for the first time as part of freshman orientation...I never would have guessed during that trip that backpacking would become my life for the next 12-18 months! I've been working as an accountant for the past 4 years and this past September I finally decided to take a leap of faith to quit my job and go for the first-ever Continuous Triple Crown! I will be hopping on the PCT going NOBO in April 2019 and following it up with a SOBO hike of the CDT and ending with a NOBO hike of the AT; all while connecting the 3 trails bike-packing! I can't wait to get this hike started and hopefully sharing as much as possible with all of you guys!