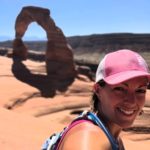 The Pacific Crest trail though the >24,000 sq miles of the Sierra Nevada may be one of the most isolated places in the continental United States.  For over 200 miles, there are minimal signs of human intervention in the wilderness beyond the trail itself.  There are no roads, few trail markers and a handful of scattered forest ranger cabins.  Resupply for the rangers is brought in by horse and mule train.  Our own resupply was accomplished by long treks off the trail and over other non-PCT passes to get to the eastern side of the mountain range.  If not for the plethora of hikers, it would be easy to imagine oneself in another time. A time of exploration and adventure in uncharted rugged mountains. The mountains themselves felt timeless.  It is hard to truly fathom the amount of time it takes to form such formidable peaks. Despite the number of hikers on the PCT and the John Muir Trail, which joins the trail for much of this section, it is still possible to hike for hours without seeing another human.  The feeling of isolation is welcome for some, while for others, the lack of social time can be depressing.  However, the trail is what you make of it and the popularity of the trail has made complete isolation next to impossible. 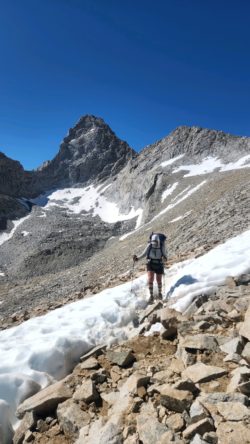 In addition to the peace you find in the isolated wilderness, there is also the quiet. There is a place in the Hoh Rain Forest within the Olympic National Park which has been deemed the quietest place in the United States. It is not hard to imagine the high Sierra giving it a run for the money.  No distant road noise is heard, no far off motors.  Even the chittering chipmunks and tweeting birds seemed hesitant to break the silence.  An occasional military jet flying overhead is the only sign we have technologically moved beyond the locomotive power of our own two legs.

And that power is put to the test for sure.  Cresting peak after peak through the alpine wilderness puts your body to the test.  Both legs and lungs are strengthened with each rock-strewn step. The highest point of the Pacific Crest Trail is Forester Pass. At 13,120 feet in elevation, acclimation to the high altitude is imperative. Strong lungs and strong legs are necessary to traverse this section.  But a healthy respect for the terrain and your own limitations is just as important. Deaths have occurred in this area due to the high altitude, including one this year in a young hiker.  A side trail can take you to the summit of Mt. Whitney, the highest peak in the lower 48.  It is up to each hiker whether they want to tackle this peak.  I was lucky enough to have stood on that summit a few years ago.  Maybe that made it easier for me to call off my summit attempt this time.  A third of the way up I was staggering and stumbling, exhausted from limited sleep and low on calories.  One more time, I had to check my ego and my ambition and turn around.  I watched as others continued to climb and were able to see the sunrise from the 14,505 ft peak. While this was the safest choice, it was also one of the hardest I had to make through this section.  The six hours of deep sleep I immediately fell into when I returned to my tent confirmed it was the right one. 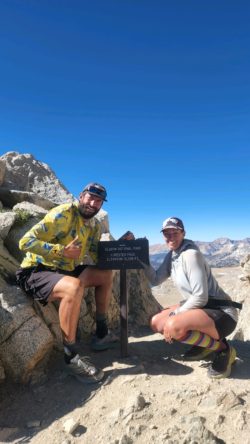 a different kind of isolation

As we moved farther along the trail, the altitude seemed to affect me more, despite the fact I should have been more acclimated than I had been weeks before.  We hadn’t been lower than 7,000 feet for days, yet my lungs felt like I had been sitting at sea level for weeks as I tried to get through the last few major passes.  I would struggle for a few tenths of a mile before having to stop for a break, much to the frustration of my husband.  We should have been putting in bigger miles by this time, but I was too tired and short of breath to increase our distance.  We took a side trip to get extra food and rest but it didn’t seem to make a difference. One night, as I lay in my tent miles short of our goal for the day, I realized my resting heart rate was elevated and I felt short of breath though it had been hours since stopping for the day.  That day even some of the downhill sections had seemed taxing from a cardiovascular standpoint. It was then that I realized something more was wrong.  The next day we pushed hard to get off the trail to a town. An at-home Covid test confirmed my suspicions.  In two years of working in healthcare through the pandemic, treating Covid positive patients, I had never contracted the virus to my knowledge. Yet here, in the most isolated setting I could imagine, I became yet another statistic.  I was lucky to have a comfortable hotel room to wait out my sickness.  Beyond a few days of fever, significant cough and shortness of breath, my symptoms were mild.  It would take a few weeks to regain my trail legs and stamina, but fortunately we were able to get back on the trail in a reasonable amount of time. 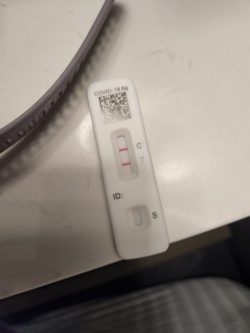 We passed out of the High Sierra into Yosemite National Park and immediately the sense of isolation was gone. Hundreds of day hikers and the cars toting them from place to place began to encroach on our peaceful reverie. As thru-hikers, it is easy to feel an ownership of the trail and to see these day-hikers as interlopers in our protected space.  I constantly needed to remind myself that I have often stood in their shoes and everyone deserves the opportunity to see such a beautiful National Park in its glory.  Yosemite provided its own challenges in terms of terrain, but it is easy to see why it captured the heart of so many and became one of the first federally preserved pieces of parkland.  This preservation has allowed for wildlife to thrive in the park.  And the wildlife has adapted to the presence of humans as well.  Deer stood trailside to watch as we passed through their home and I realized that all of us humans were, in fact, the interlopers. 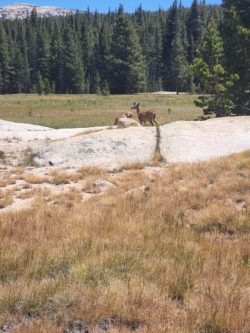 As we passed the 1,000 mile marker on trail, I passed a personal milestone of my own.  I celebrated my 40th birthday.  It was just another day of hiking, but it had significant meaning to me.   I have jokingly called this trek my mid-life crisis.  I spent many miles contemplating what I had accomplished in life and what direction I would take after the last mile marker was passed.  I don’t know that I am any closer to coming up with the answers to those questions than I was when we set out from Mexico.  The “meaning of life” is no clearer to me.  But I have discovered a lot listening to what my body needs. I have learned to set and maintain healthy boundaries for what I am willing to put myself through.  Whatever direction the trail leads after Canada, I, at least, have these skills to help me face the challenges ahead. 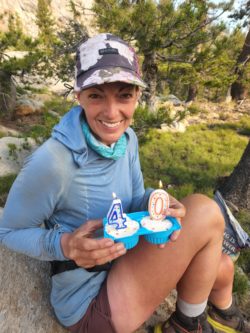 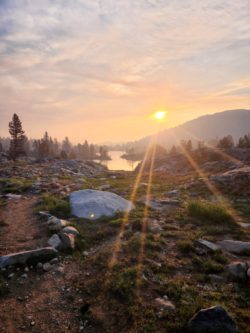