Thru-Hiking Is Hard, Painful. Why Am I Doing It Again?

Two years ago yesterday, on a bluebird morning in the mountains of Georgia, Chelsea and I took our first long anticipated steps north toward Mount Katahdin. That day, that moment when we first stepped out of the Amicalola Lodge and onto the Appalachian Trail does not seem like it could have possibly been two years ago. On the one hand it feels as though time has flown by since then. Yet, on the other hand, my life prior to those first steps and the person I was before them feel so much more distant, almost as if that girl were someone else or existed in a parallel universe. Either way, two years does not seem right, but that’s what the calendar says. 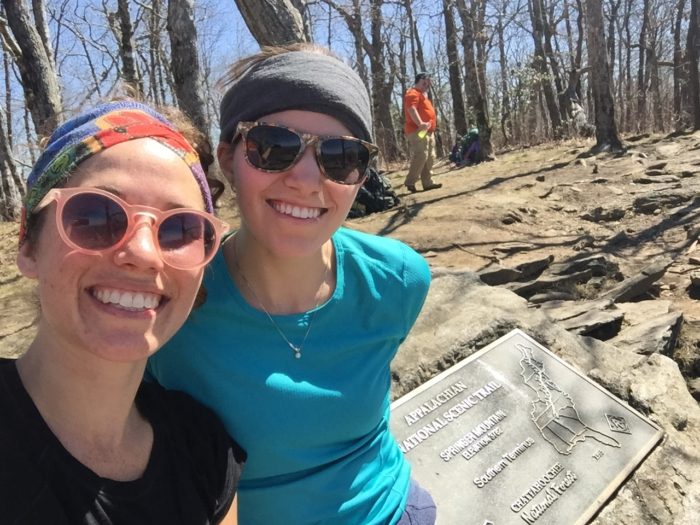 Two years ago I knew why I was hiking. Basically, I needed to know that I could. I wanted a big challenge and I wanted to see if I had the focus and drive and mental and physical toughness to overcome it. I had never been in a situation that lacked comfort and convenience in my whole life, and I needed to know that the loss of those things wouldn’t be enough to shatter me. And I found out that it is not. I proved that I am pretty tough, at least when it comes to backpacking. This time around, I do not need to prove that to myself again. I feel secure with the answer the first trail gave me.

And this time I am also aware, on account of firsthand experience, of how much thru-hiking can suck. It can be boring and monotonous. You get rained on, you get bitten by all manner of insects, you often feel like you are literally starving to death. At minimum, your feet hurt constantly, although probably many other parts of your body do as well. I remember all these things and yet, here I am, just over a month out from starting the Pacific Crest Trail.

I think it was about a week into the AT, not even perhaps, that I privately decided that I was going to hike the PCT someday too. I say privately because at that point I was not ready to count my chickens. I still hadn’t proven that I could hike long distances, and announcing to everyone a week into my first attempt at a thru-hike that I was already planning a second one seemed like a great way to make a fool of myself should I decide to quit a day later. But the months wore on and even though the going got very tough by the time we were up north, even on the days when the pain in my feet made me nauseous with every step, even on the days when I felt like I wanted to lie down and just sleep and never, ever, ever stand up again, I still knew that eventually I would hike the Pacific Crest Trail. I certainly couldn’t have explained why then, but looking back now I can see that even the worst days on the AT (and trust me, there were some BAD days), were still a part of the best thing I ever did for myself. I was still the most free I had ever been, the most authentic version of me I had ever been, even if I happened to be in excruciating pain. Deep down I already knew I would miss it. 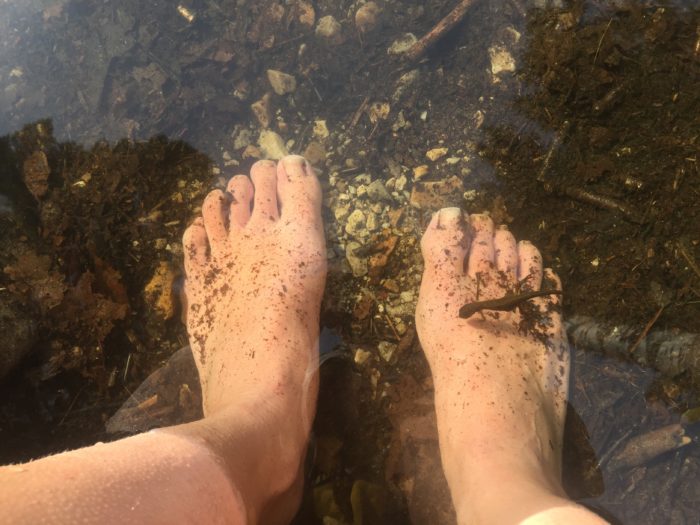 Soaking my poor feet. I could have posted a way more disgusting picture. You’re welcome.

When I first stepped off the sign atop Katahdin and reached the bottom of the hill, I felt nothing but relief that my hike was finally over. Never in my life had I been so utterly exhausted. I was physically spent from walking so many miles and emotionally spent from working so hard to push through the pain. I remained grateful to be done with the AT for a few months, but before long the pain in my feet finally started to subside. As my body began to heal, my spirit began to grow restless. Suddenly, sleeping in a bed and driving a car ceased to feel luxurious and simply became stifling. Work, which at first seemed so much easier than carrying a heavy pack up a mountain, became a bleak, relentless grind. I missed the feeling of always moving forward. I missed having a goal and literally getting closer to it with every step. I missed having everything I needed and nothing I didn’t. I missed being dirty and covered in sweat. I missed sleeping in the woods.

It only got worse when last year’s thru-hiking season rolled around. I love Instagram and generally feel inspired seeing pictures of beautiful landscapes and people doing cool things, but man, oh man, did I get the worst case of FOMO I had ever experienced following thru-hikers last summer. My heart ached and my feet itched whenever I saw a picture of someone along the PCT striding across a snow field in the Sierra with mud-streaked legs and a tanned, beaming face that probably belied realities like mosquito bites and plantar fasciitis. 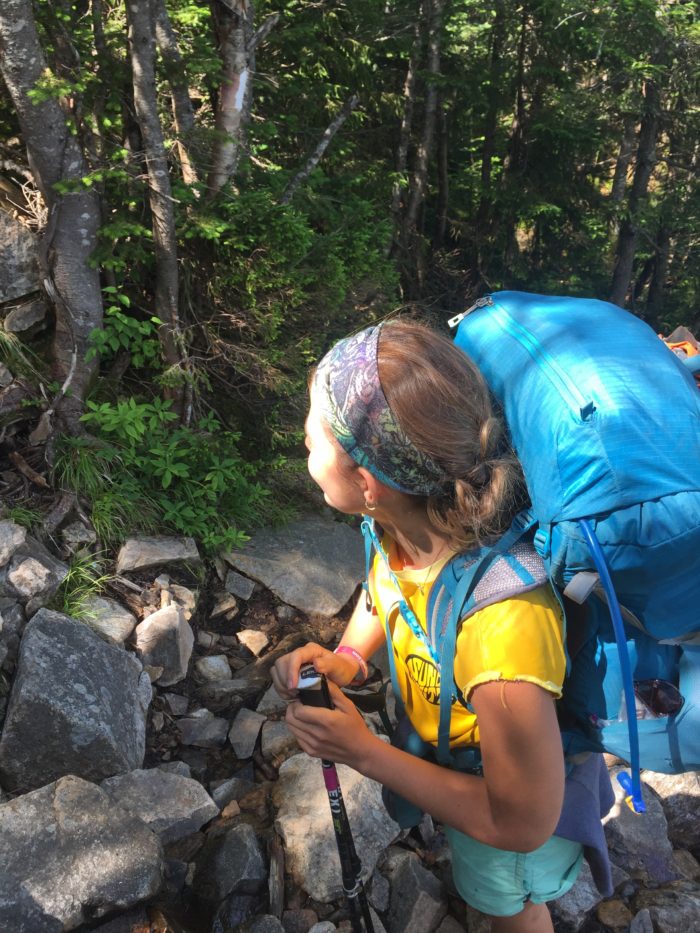 Pain in my feet but a smile on my face.

As often as I could last summer, I took refuge in the White Mountains. I finished hiking the New Hampshire 4,000-footers. I camped on or near the Appalachian Trail. I cruised Route 302 looking for hikers with their thumbs out, hoping to pay forward some trail magic and live vicariously through the people who were currently living out their dreams, just as I had the year before. It wasn’t enough. All I could think about was how badly I wanted it to be next summer and how badly I wished I was hiking the PCT. 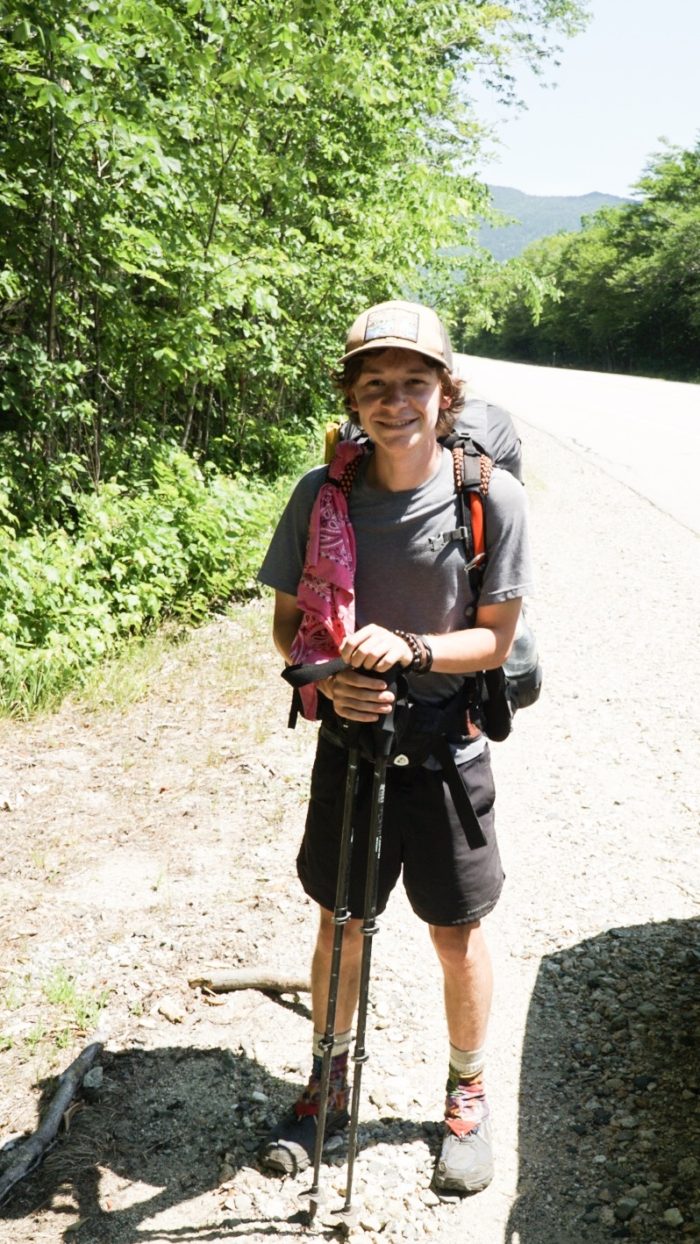 Some hiker trash I picked up this summer, aka my cousin Brandon.

In the fall, Dan and I moved to Steamboat Springs, CO. Living in the mountains out here has afforded us much more time outdoors than ever would have been possible had we stayed on the seacoast in New Hampshire. Before the snow came we hiked almost every day, and since it started to fall we have been skiing nearly every day. Still, Dan and I have been working 60-70 hours a week. I’ve heard it said that this is the kind of place where one either has three homes or three jobs, and we are squarely in the latter category. As much fun as we are having here when not working, it is impossible not to fantasize about the total freedom and lack of obligation that is thru-hiking. Every morning as I drive to work, I imagine looking down at my dusty shoes and fanny pack and trekking poles, watching my feet move one in front of the other. I picture redwood trees, cacti, fields of wildflowers, snowcapped peaks, alpine lakes. I imagine eating Annie’s Mac and Cheese from my cookpot. I try to remind myself that it is all going to be worth it. So worth it.

When I set out to hike the Appalachian Trail, I did it because I had to prove something to myself. I needed to see what I was made of, what my body and mind could do. And even though I got the answers to those questions the first time around, I also found that long trails are not simply proving grounds for testing mettle. They are trying places but they are also beautiful and restorative. They are nourishment for the soul. And now that I know what I am missing, I feel like my soul is starving.