First full day in New York was tough and fun. I climbed repeatedly over eight-foot boulder formations and down the orther side. I caught up with Clifhanger, Ox, Firestarter, and Loon. The shelters were cool, big stone structures from the outside, but trashy on the inside. I camped near one after 19.6 miles and played chess with Clifhanger. Met hikers Ferris and 6-String.

Day 104 I left camp extra early to catch a sunrise over New York City, but the visibility was damp and poor. It cleared up by the time I climbed Bear Mountain, but even then I couldn’t see the city. Supposedly you can see NYC skyline in that notch beyond the hills on a clear day: 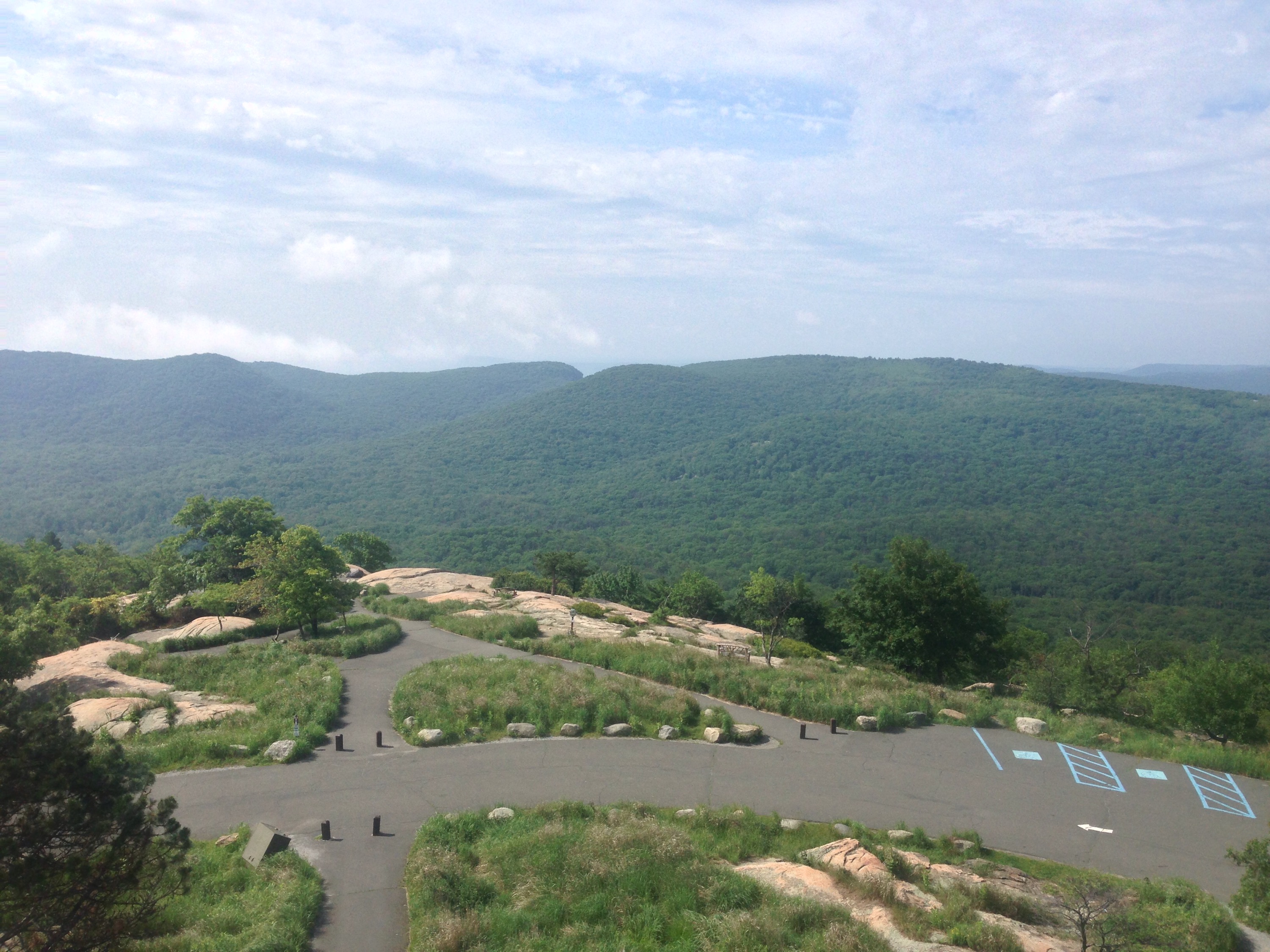 I passed through the official low point (by elevation) on the trail in an odd AT zoo the trail runs through. They had a Walt Whitman statue and caged bears. I like Walt Whitman. 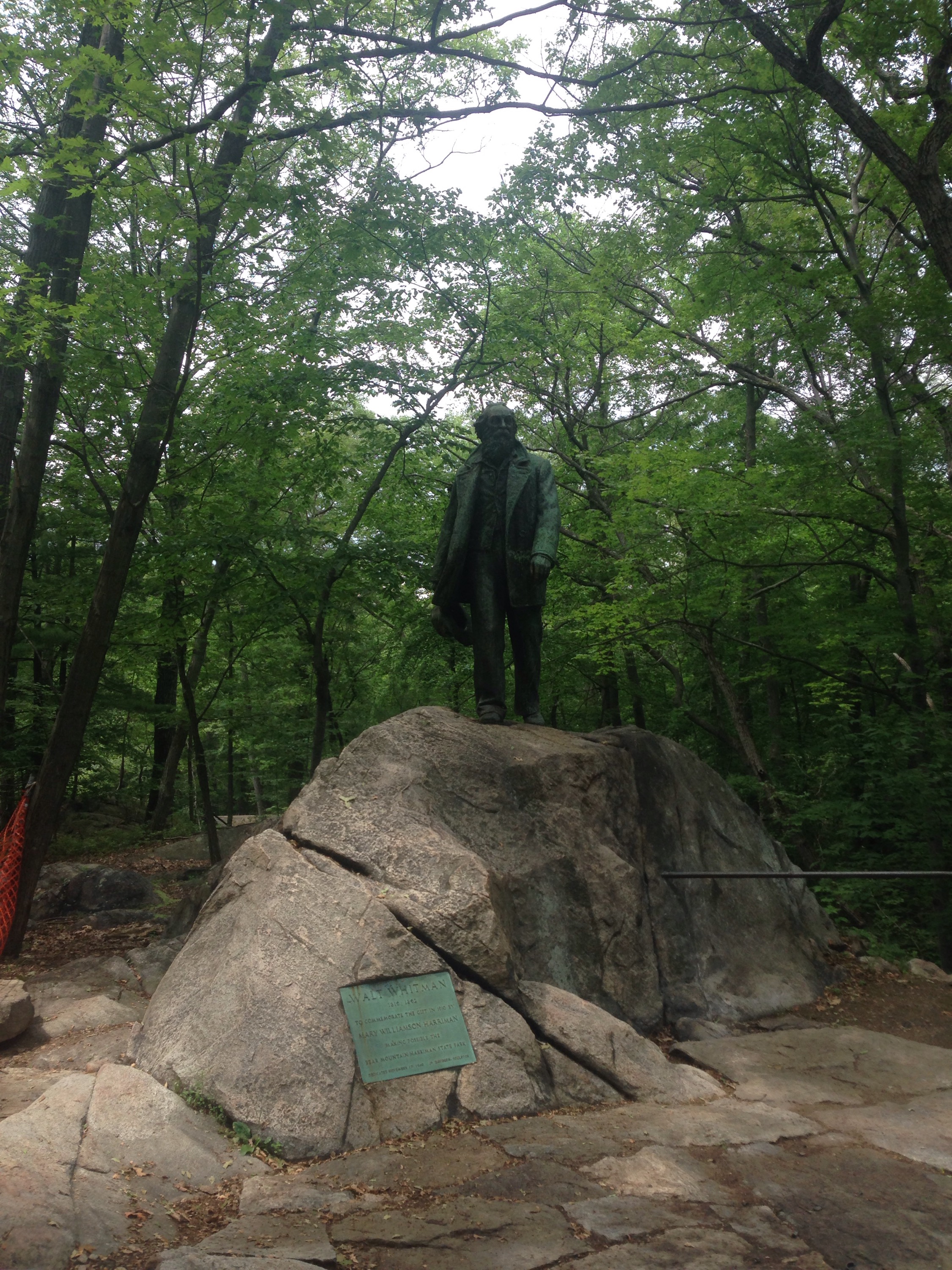 I stopped at Graymoor Spiritual Life Center, a monastery with a free campsite. I sadly met no monks, but the pavilion was lovely. The next day my friend Brigit took the train from Manhattan to meet me there. It was great to see her. We hiked a few miles and ate lunch before she had to turn back.

I continued through a drizzle to Fahnestock State Park. The lake was busy for Father’s Day weekend. I wandered around until Peter Pan waved me down. A large Puerto Rican family was rushing to clean up their cookout, and had already stuffed his stomach and a large grocery bag with leftovers. Suddenly I was being handed food faster than I knew where to put it. Trail magic jackpot! We took our loot back to a campsite with Firestarter and Youngblood. 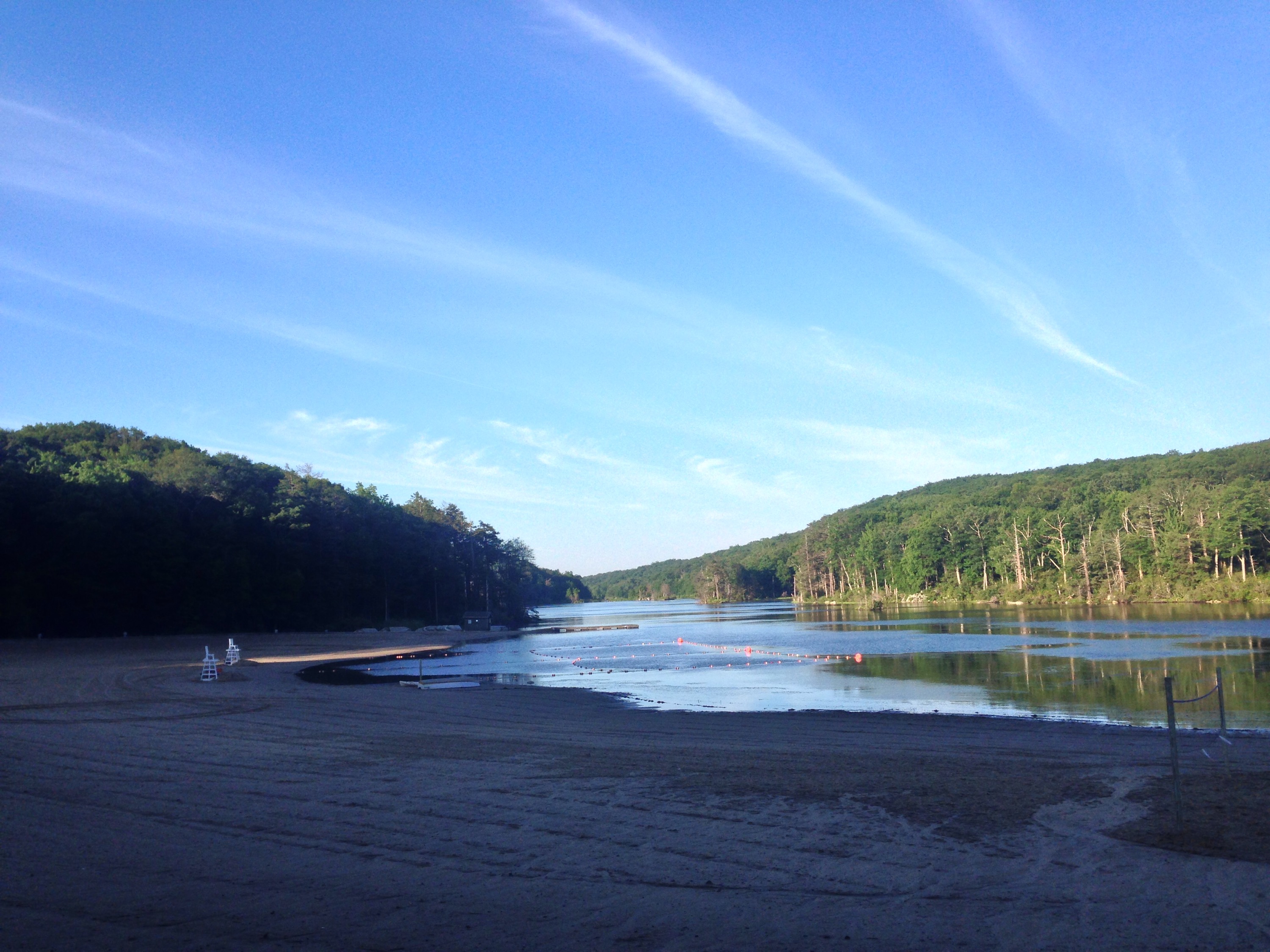 The next morning it rained. We were about to leave after it cleared up, already a late start, when Firestarter proposed we rent a boat and fish off the lake with his line, some hooks, and some bread. We were in. Several hours later we had 10 sunfish and a crappy. The day turned into a perfect zero. We grilled the fish that night. A dozen other thru-hikers showed up and we all tented on the beech. After dark we sat on the life-guard tower and watched the moon set. A trail highlight.

Day 107 I hiked 17.6 to Nuclear Lake, perhaps the most beautiful and serene former nuclear-test-site-gone-wrong you’ll ever see. That’s right, I looked it up and the name came from a government research lab that had an explosion some 50 years ago. Fortunately it was certified clean since the 80s. 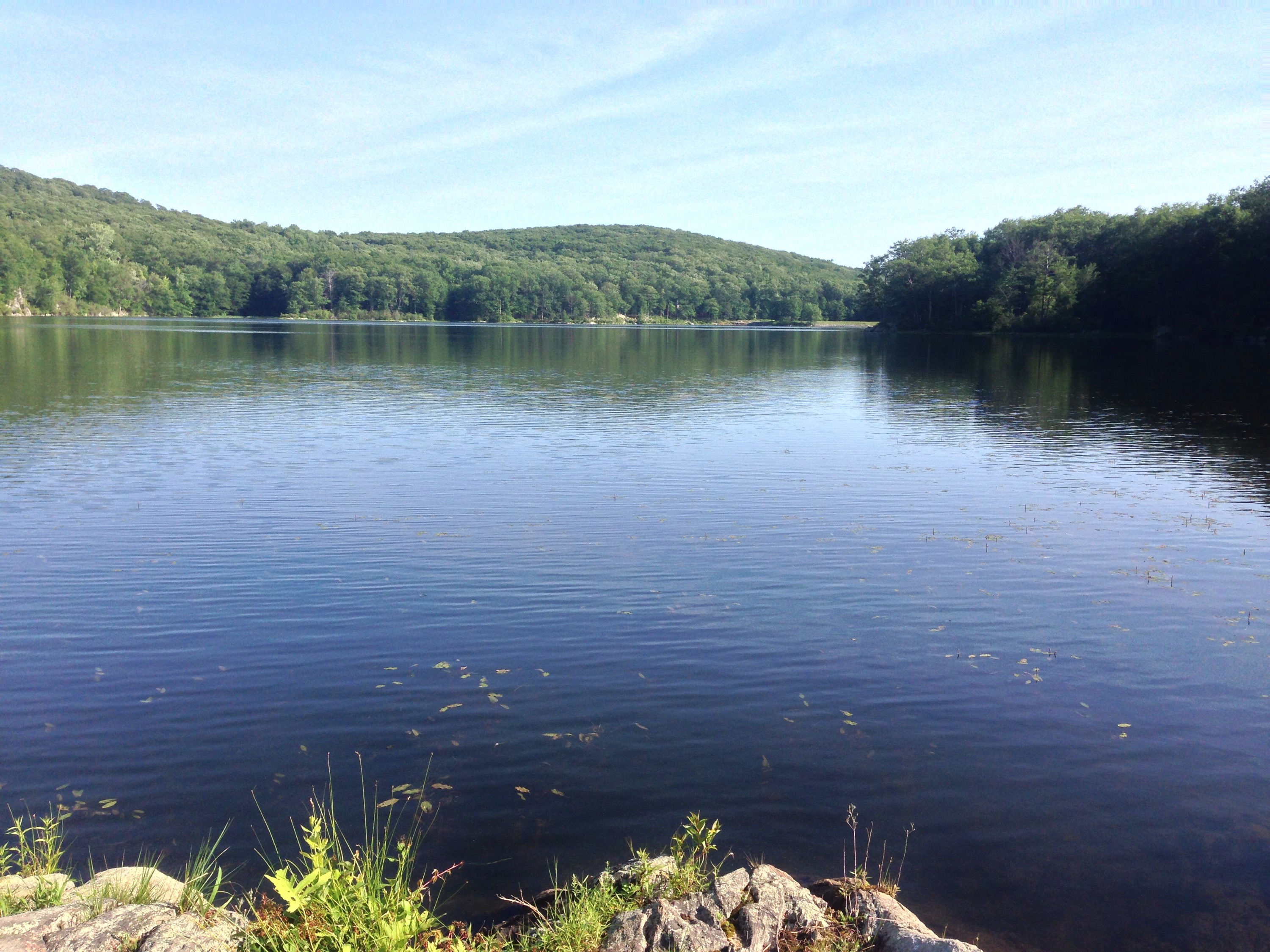 I pushed 20.5 the next day with Firestarter, Peter Pan, and Gucci into Connecticut. A thunderstorm rolled over during sunset casting the ridge in celestial orange. It was one of those moments where I felt absolutely amazing. I grinned, sang, and ran through the rain.

The next morning we resupplied in Kent at a criminally expensive grocery store. I sat on the curb replacing my food when a cop drove up, looked me in the face, and said, “Oh, sorry. Have you seen a homeless guy around?”

I left town first and lost track of Firestarter. Still no sign of him the next day either, though I saw the other guys. I stealthed that night at the edge of a mountain field called Rand’s View. I lay in the grass and read for a while. 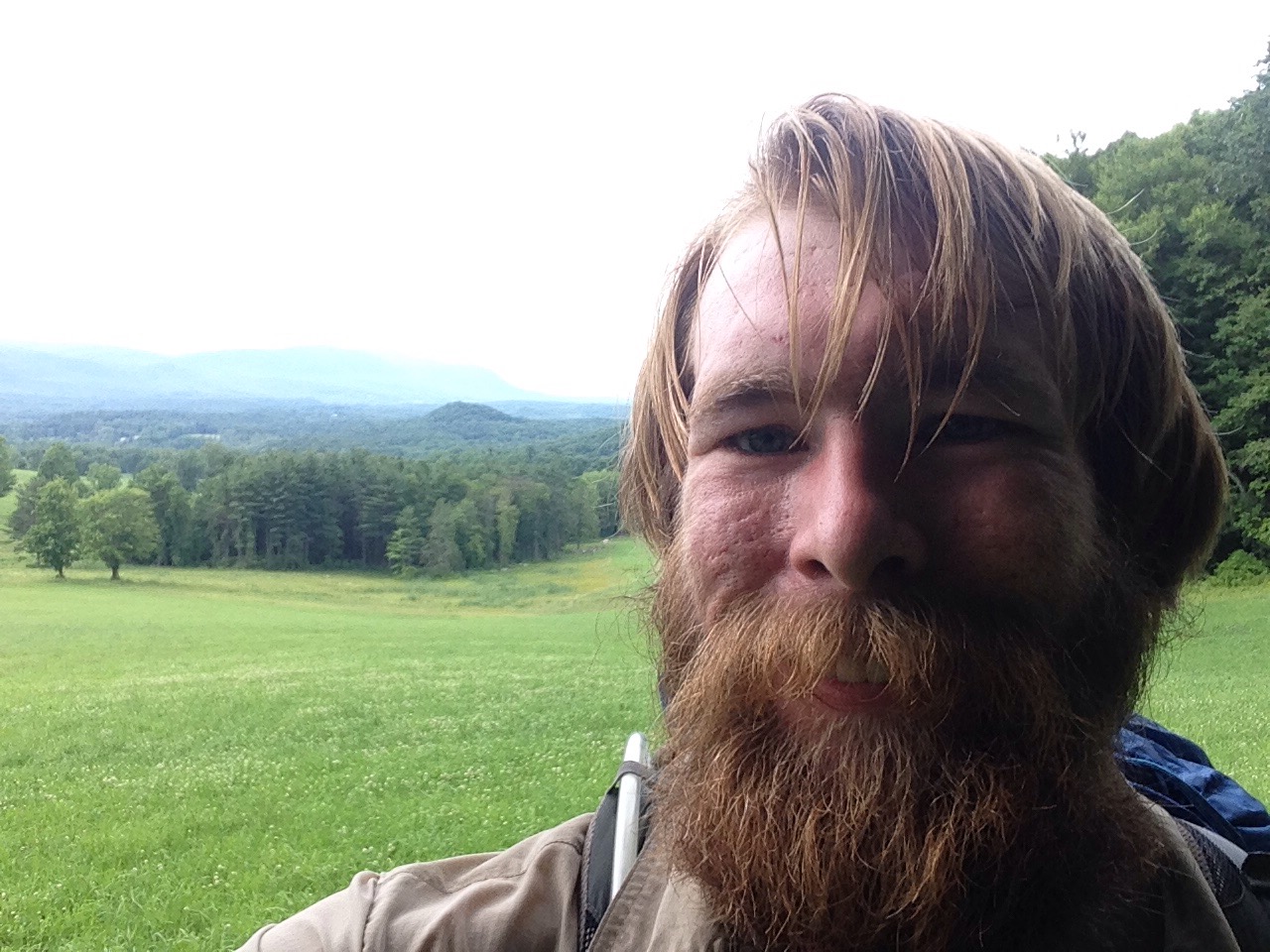 Day 111 I ran into Vanguard—hadn’t seen him in ages! A little further we met a father and son waiting with a sign for Scott Jurek, who was supposed to pass any minute. Jurek was a famous distance athlete attempting to break the AT supported speed record; he had been the talk of the trail for a while (50 miles a day!). Sure enough Jurek passed and even stopped, but had it not been for the Powerade Vanguard offered him he wouldn’t have. Photo: 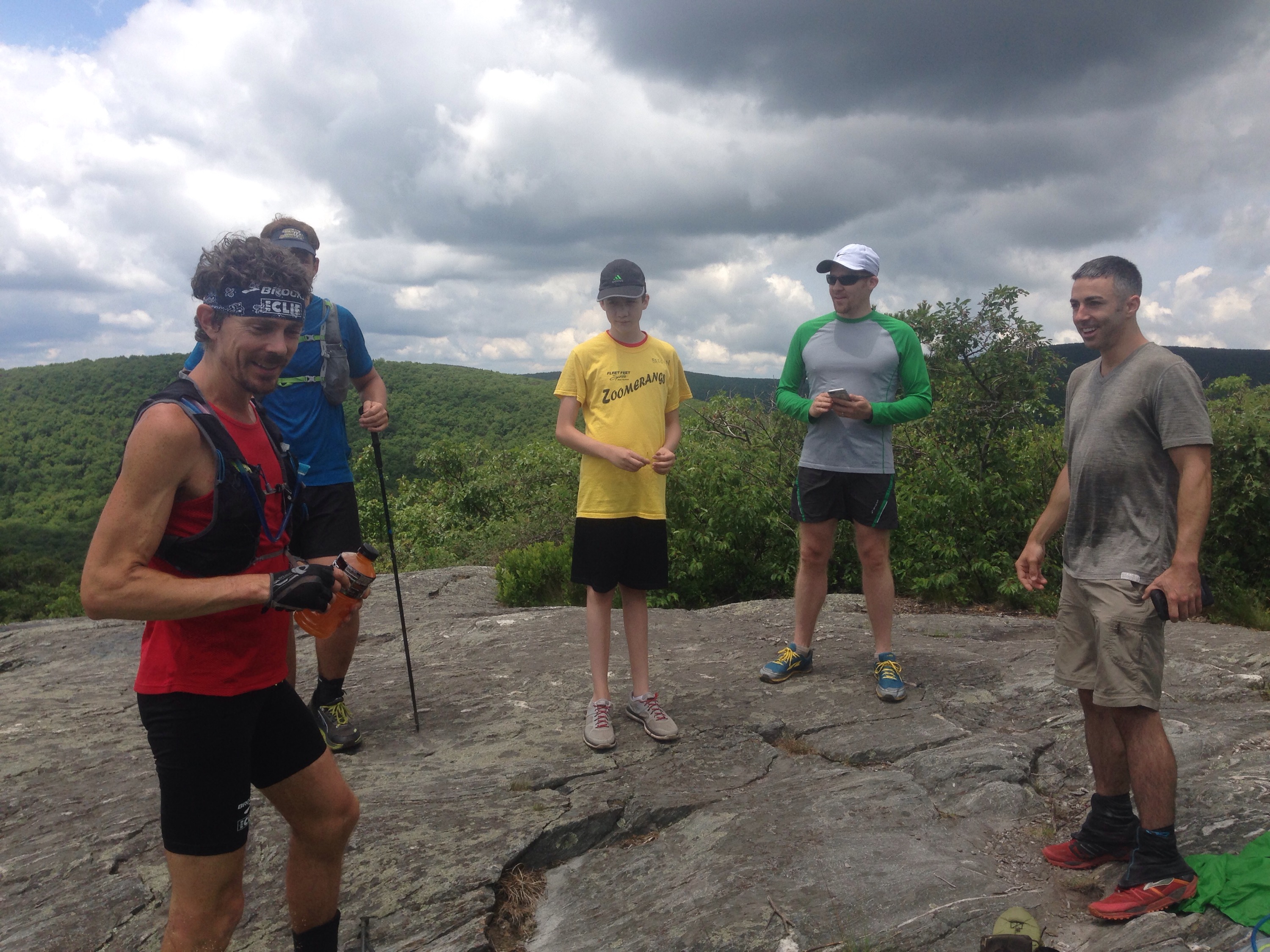 I soon passed into Massachusetts and set up camp in a refreshingly New England pine forest. I took a bath in a cascade and cooked on a fire. Only four more states to go.