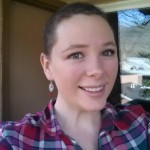 If I’ve lived and learned anything on this Trail, it’s definitely been “embrace the suck”. Once the suckage has been embraced fully, only then does one prosper. Or something like that. I’m not really sure – I think all this organic-eating, no-netflix living has finally gotten to me.

When we last did chat, I was laid up at Woods Hole Hostel at mile 623 for what I was thinking would be a two week maximum layover. Now plans have changed since my feet decided not to cooperate and by the time I leave for Washington D.C. on the 14th I will have been in place for almost 5 weeks! 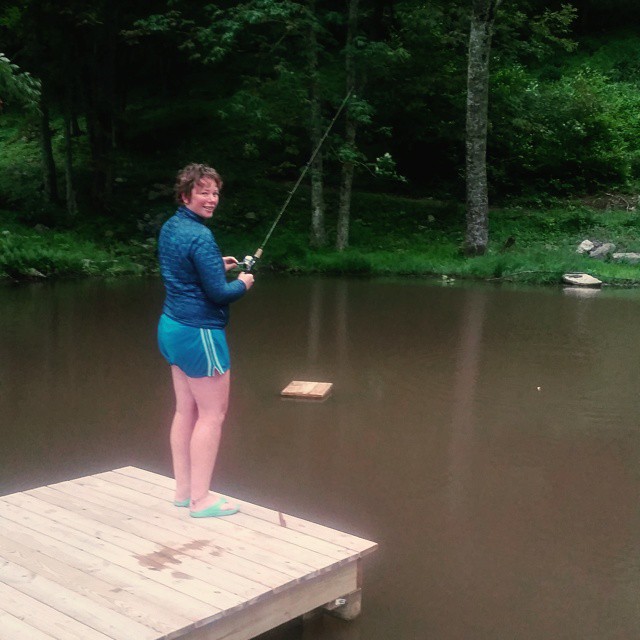 Life here at Woods Hole is busy, fulfilling, and simple. I’ve read more here than I have in the last 5 years, and I’ve felt useful helping with day to day operations of running the Hostel. In no particular order, I am in charge of cleaning and straightening the rooms in the house, doing laundry, sweeping the house, greeting hikers, making smoothies, providing cheese and bread, making the “board of the day”, roasting coffee, stocking the bunkhouse, answering the phone, and helping out with whatever little projects need to be done. It’s usually a day that has me working in some capacity from 7:30 a.m. to 8:00 p.m., but the work is not difficult and Michael and Neville have been extremely gracious hosts. Some days we take time for ourselves now that busy season is over – a few zeroes of our own to breathe and enjoy life and re-energize. It’s hard, I think, for people to remember that businesses who are also private owners need days off, too. And while I’ve held down the fort a few times myself, it’s nice that they think of me and let me rest when I need to, too. 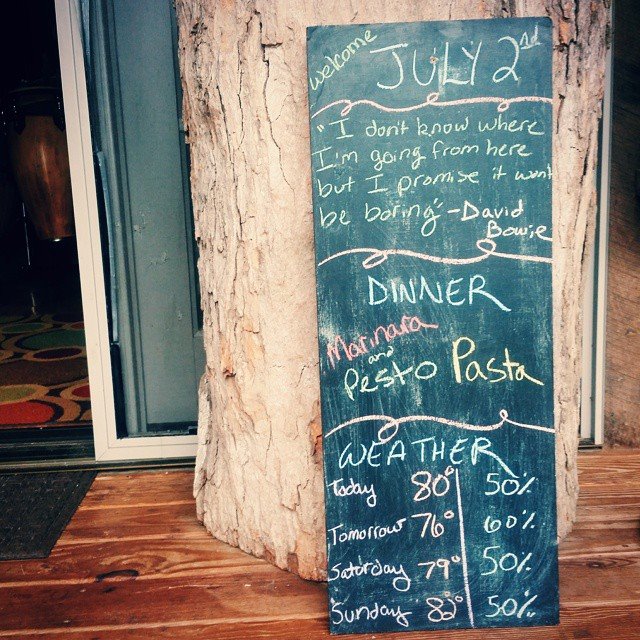 It’s not all work, though. There are these quiet, serene moments where I just sit still and think about how fortunate I am to be in this place. I didn’t expect to wind up doing work for stay, and definitely not for over a month. In the time that I’ve been here, I’ve grown close to Neville. I’ve made numerous new friends from all over the world; some are hikers, AT enthusiasts, musicians (Rising Appalachia, anyone?), and some have never heard of the AT until they stayed with us. I’ve had networking opportunities. I’ve gotten to float down a river in an inner tube, walk around Blacksburg and be among the “clean” again, and I’ve been able to stargaze to my heart’s content….well….when it hasn’t been raining, that is. Hell, I’ve seen Earl Shaffer’s VW bus up close! How cool is that? 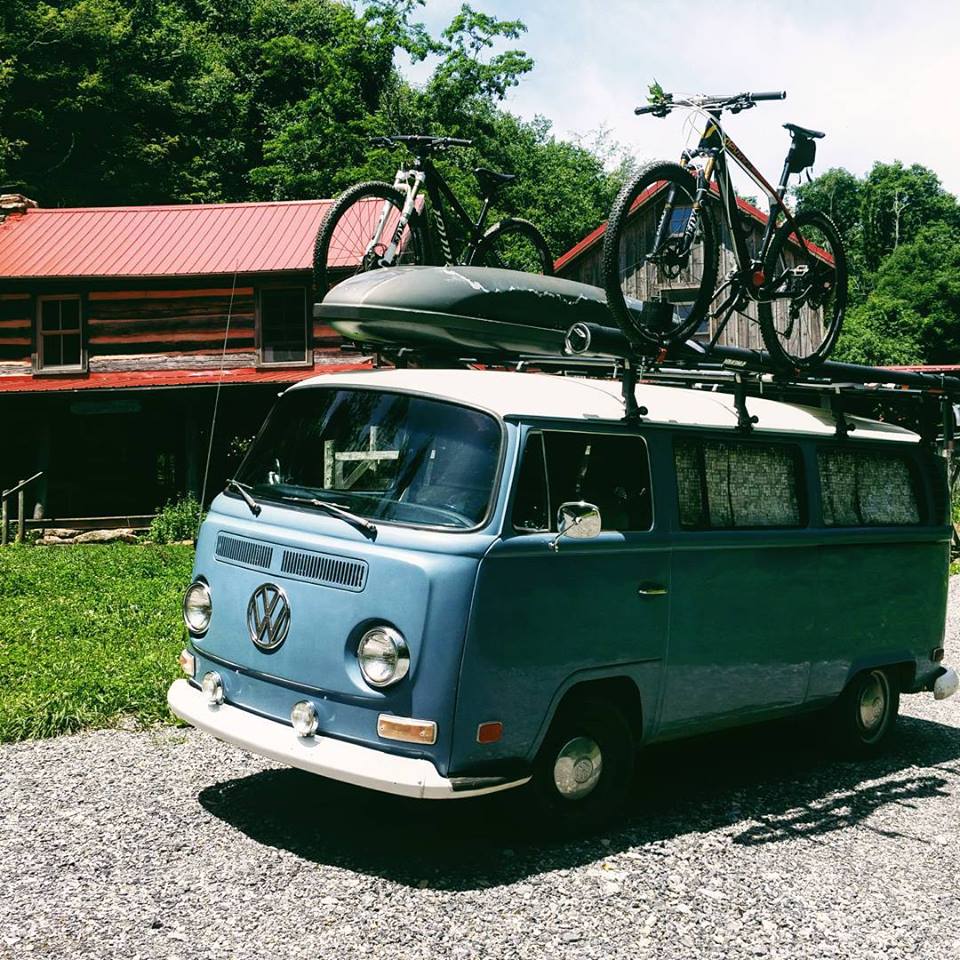 A couple days ago I was able to help in a different capacity; Neville “loaned” me to help her friend Melissa who is opening a nature-based preschool in the New River valley. I helped paint a really beautiful old school room that will be converted into a homebase for cultivating young minds. (Totally not shameless plug because this is awesome – check out Mayapple School). Basically, it feels good to be useful to others while on this epic “vacation”. It’s been good for the soul to be of purpose. 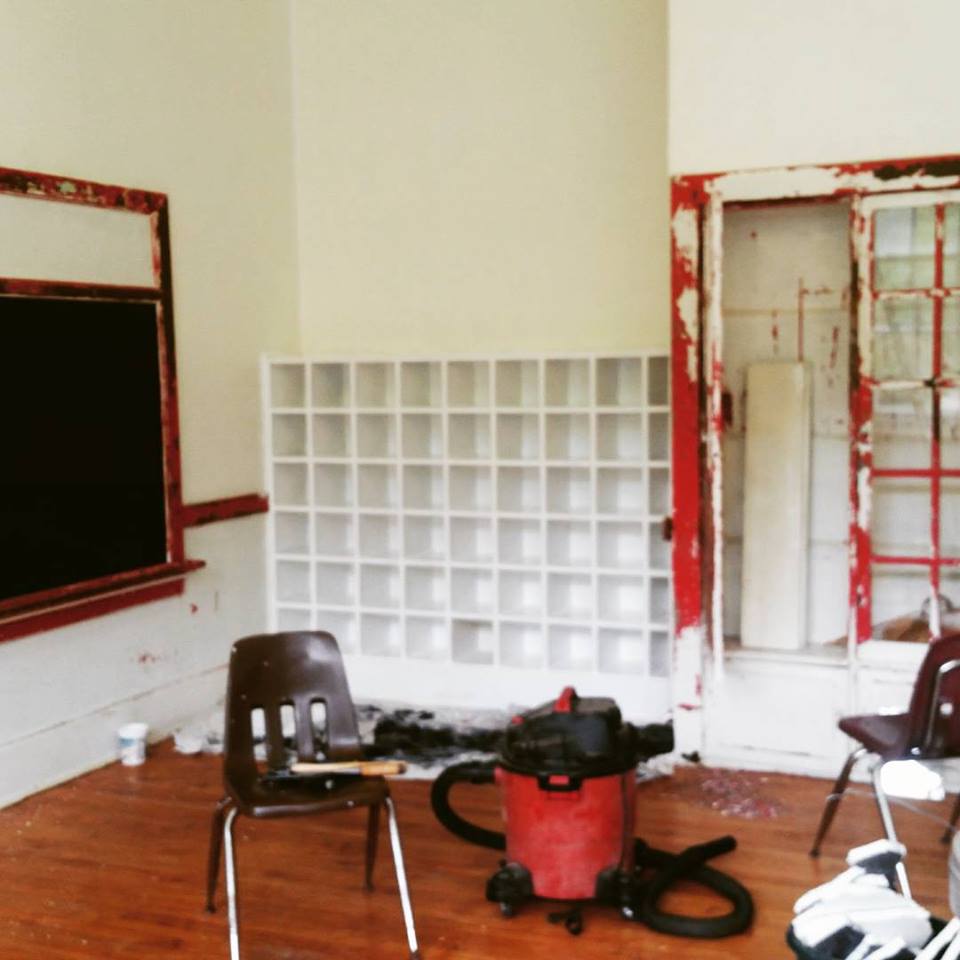 I’ve learned to drive a kubota. I can roast my own coffee now. I’ve been a sort of social media manager for Woods Hole. I’ve learned so many things by not hiking! And sometimes, I don’t even feel like a hiker anymore. I feel so detached from everything I worked so hard for my first two months on the Trail, and that’s okay. I’ve lost my hiking legs (RIGHT AFTER I FINALLY GOT THEM NO JOKE), gained a little weight, and have started pulling again. That’s okay, too. The Trail isn’t here to “fix me”. I need to learn to fix myself and learning to deal when plans go to shit is part of the process. And yeah, I’m envious of my friends who are still plugging along, watching their milestones from the wrong side of a facebook feed, and yeah I’m a little bitter that I’ve only made it 623 miles and will be cutting out 400 just to catch up with them. I wanted things to be straightforward and simple – and nothing in life ever is. 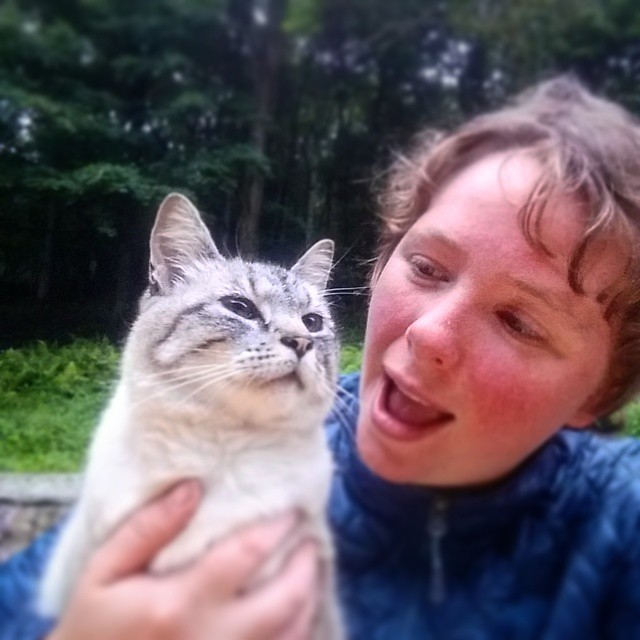 When I was little, my family would wake up early early on the Fourth of July to drive two hours to my Uncle Jeff’s house, where we would spend allllll day swimming in his pool and eating good food and barbecuing and playing with cousins. At night, we would shoot off fireworks or head to the local football field to watch the town show. In later years, sometimes we didn’t stay for the fireworks and I had to make due with watching from the Interstate the beautiful explosions going off in the sky. Those are cherished memories, and the 4th of July always feels strange to me without having family around. For the first time on the Trail, I was truly homesick.

There were few hikers at Woods Hole – a couple from Brooklyn, another couple from Utah, a wonderful woman named Tonya who was passing through on her way home, and Jeff, who is from my neck of the woods. Neville took Jeff and I into Narrows to see “the festivities”, which mainly consisted of 8 political campaign booths, 5 of which were local candidates vying for the Sheriff’s position. After hunting down lunch – place after place was closed – we settled on a patriotic meal at Wendy’s. We then decided to buy sparklers, because why not. That night, far in the distance down the mountain, Jeff, Tonya, and I could hear the thunderous booms of fireworks and, if we looked in juuuust the right place, could make out a tiny shower of colors miles and miles away. It felt like a new version of home to me – surrounded by good company and with a burst of color here and there. The sparklers never REALLY lit (at least not well), by the way, but I feel that if they had I wouldn’t have remembered the night so vividly. 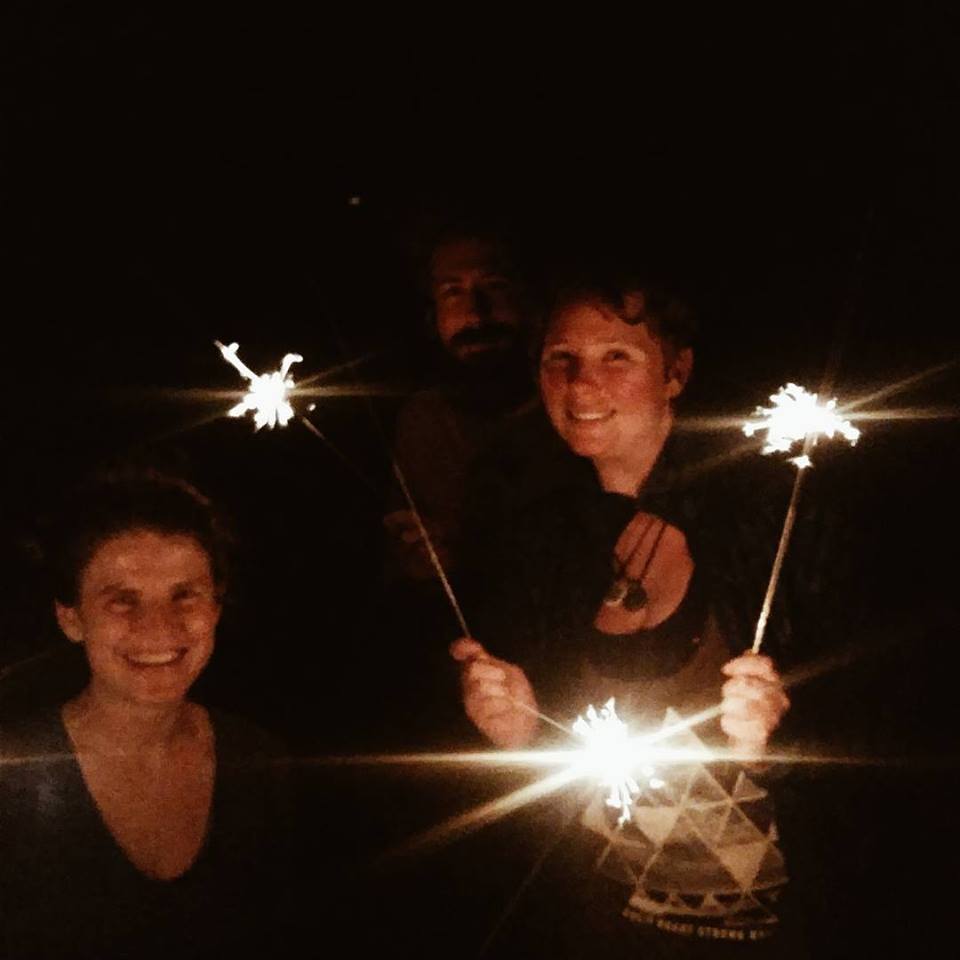 Perceptions change, I guess is what I’m saying. I came into my hike with a set goal – to get to Katahdin – and to not quit in Virginia. Now I’m not sure if I can stay on the Trail if my feet aren’t truly healed but at least I won’t technically be quitting in Virginia. I’ll be taking a bus up to Harper’s Ferry to rejoin the Trail. I don’t know what will come next for me – maybe I’ll stay out another three months. Maybe I won’t last 3 days. When will I make up the section I’m missing between Pearisburg and Harper’s Ferry? So many things are up in the air but the most important thing to remember is this: keep an open mind.

As an avid outdoor enthusiast, I'll be putting my biology degree to good use as I explore the Appalachian Trail with my big brother Andrew in 2015. We'll be stepping off a day after my 28th birthday. I'll also be hiking for a good cause - on the trail I'll be raising money for BECA (Bilingual Education for Central America), a non-profit dedicated to providing bilingual education to some of the most underprivileged families in Honduras (please donate at GoFundMe.com/ATforBECA). Maybe we'll even write a book about our adventures on the Trail ourselves! After the AT, I plan on going to grad school for ecology and then seeing where life takes me.