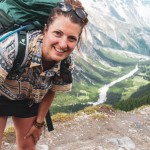 From Six Months Outside to Six Weeks Confined Inside

My journey was not delayed, it was brought forward

I’m in the same boat people. I’ve changed my plans due to COVID-19.

I’m writing this on Friday, March 20. It’s 11.30 a.m., and in two hours my Paris-Miami flight was supposed to take off and take me to what’s been my dream for years.

The plan was awesome. I was taking another flight to Charlotte, North Carolina, find college friends I haven’t seen in eight years, since graduating from Winthrop University in 2012 as an exchange student, and spend 10 days with them before they’d drive me to Amicalola Falls, March 30, and leave me there to embark on the journey of a lifetime.

Yes, everything was perfect. My gear bought online and that I couldn’t get delivered in France is waiting for me at my friend’s house in the US, a lunch with former college professors was getting planned, and then the thru-hike attempt, of course. My journey was not supposed to start under the arch of Amicalola Falls; it was starting today, at 1 p.m. in the plane.

The grieving process of not leaving

Turns out it started a bit earlier than expected. It started last Thursday, when I woke up to find a trillion messages on my phone from friends and family checking up on me, telling me how sorry they were for me and asking me what my new plan was.

During that night, around 3 a.m. (French time), President Trump announced that he was suspending all travel from Europe to the United States for the next 30 days.

And that was it. I couldn’t reach the US, I couldn’t start my journey, my life was over. Following that tumultuous wakeup, I went through all the stages of grief.

Day one was all about shock, denial and anger. I sobbed and laid down all day, insulting the man who took that decision a week before my own travel. Of course, back then, I wasn’t able to see that instead of taking it too early, he actually took it too late, and all countries were shutting down anyway, for good reasons.

The following day started with the next stage of bargaining and trying to find a way to the US anyway, by traveling to South America or Canada, maybe stay there two weeks to be cleared, then make my way to the US. Anything to do the AT. Then depression followed when I realized the inevitable; there wasn’t a worse time to travel and I had to be reasonable and stay home during the crisis. I was helped in my final stage of acceptance that I was not going to be on the AT on March 30, despite what my ATC registration said, by the deterioration of the situation that occurred and is still occurring.

Biggest prank from the universe

Europe closed its border as well, French government ordered that we stay confined to our homes, the ATC urged thru-hikers to postpone their hikes, and probably soon, more and more states will ask people to stay at home and avoid being outside.

What a crazy time.

To decide and plan to spend six months outdoors only for the whole world to be forbidden from setting foot outside.

Can we at least see the unprecedented level of prank that is being played on aspiring thru-hikers here?

Let me be clear. I’m not amused by the virus scaring, making people ill. and killing more each day. I’m not amused by the thousands of households stuck in their small apartment with children to take care of while still trying to work from home, and don’t let me start on all the people who are alone and in horrific situations due to this virus.

But regarding my own situation, laughing is what I found most appropriate.

From spending 170 days living outside, in the woods, I’m now obligated to print a certificate showing the reason for my every outing, which can either be to go to my local grocery store to make essential purchases in authorized establishments or go to a medical appointment.

Other than that, I’m forbidden to leave my house, my bed, my hot shower, my fully equipped kitchen, and every other aspect of life and comfort that I was ready to give up for six months. The universe is probably trying to tell me something.

It’s not the good call, it’s the only call

Yes, I’m disappointed, but on the larger scale, spending six weeks being confined inside is not that much while absolutely necessary, and will make the six months being wild outside just more gratifying. What better way to celebrate the end of a lockdown than by thru-hiking a long-distance trail, and free of worry moreover? Whether it’s in a few weeks or months, it will be the best reward.

See you soon, AT.

My name is Sandra, I'm from Paris and now live in the french Alps. I spent nearly 10 years being bored working for large international companies, but made the best move by leaving everything behind so I can now spend most of my time in the outdoors. I planned for an AT thru-hike at the same time COVID made us stay home so instead I hiked closer to home, in the Alps, the Vosges and into the Carpathians on the Slovak and Polish border. My best hiking memory is still in Tanzania where I reached the summit of Kilimanjaro. Next adventure : Hiking in the wild along the Vjosa River in Greece and Albania.