You never know what goodies could be awaiting you within its gentle, cardboard-y embrace. Why buy something new when you could potentially find it for free courtesy of a fellow hiker/anonymous benefactor? Just remember to be respectful: if you take from the hiker box, take judiciously. It’s not your personal Christmas stocking, and there are plenty of other hikers behind you who could benefit from its contents. And of course, if you take, try to occasionally put a few things in to pay it forward.

Hiker boxes early in the trail can be a goldmine. 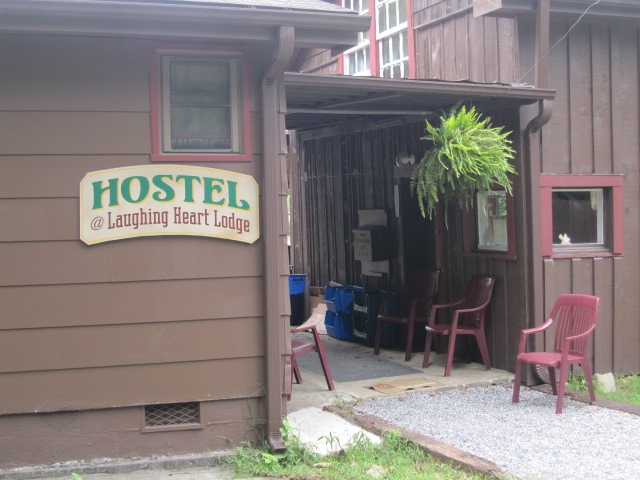 Laughing Heart Hostel in Hot Springs, NC has one of the best hiker boxes on the Appalachian Trail.

In the earliest miles of the Appalachian Trail, the hiker boxes are an archive of unwanted items and questionable purchases: paperback novels, extra clothing, and a wide spread of gear that’s better-suited to car-camping than thru-hiking. Most of the items in these boxes were discarded for a reason: they were too heavy, too superfluous, not functional enough for the task at hand.

Yet these early hiker boxes can be treasure troves for conscientious box-checkers (looking at you, Laughing Heart Hostel). Plenty of hikers tart long trails like the AT with lots of gear that’s pefrectly good and functional, but just too much of it. I’ve found everything from inflatable sleeping pads and pillows to a lovely down hood in hiker boxes. (The pad I left, since I already have one, but the hood is still with me to this day.)

Almost every hiker utilizes the boxes at some point.

Rare is the thru-hiker who hasn’t partaken of the hiker box culture at one point or another, whether to give or receive. As wonderful as it is to get free stuff, the boxes also make it easy to discard anything unwanted or extra. For expensive gear you’re looking to jettison, mailing it home from the nearest post office is usually rthe more economical option. But when mailing is impractical or not worthwhile, the solution is simple: leave it in a hiker box.

Say I accidentally bought 15 of my least-favorite flavor of Clif Bar*. It’s a weight off my chest to know I can simply leave them in the next hiker box I pass. I don’t have to force myself to eat them, nor do I have to waste them in the trash. Some other hiker will benefit from them, and that’s good enough for me.

*Trick question: all flavors of Clif bar are my least favorite.

A word of caution here: I’ve often seen hiker boxes used as glorified trash cans. No one wants your gnarly old sock or a single dead AAA battery. If there isn’t any legitimate possibility that an item could be useful to some other hiker, it belongs in the trash. Don’t contribute to the useless detritus rattling around at the bottom of most hiker boxes.

That being said, an item doesn’t have to be absolutely perfect to be useful to another resourceful backpacker. These are six of the most common items you’ll find in hiker boxes that are actually useful. 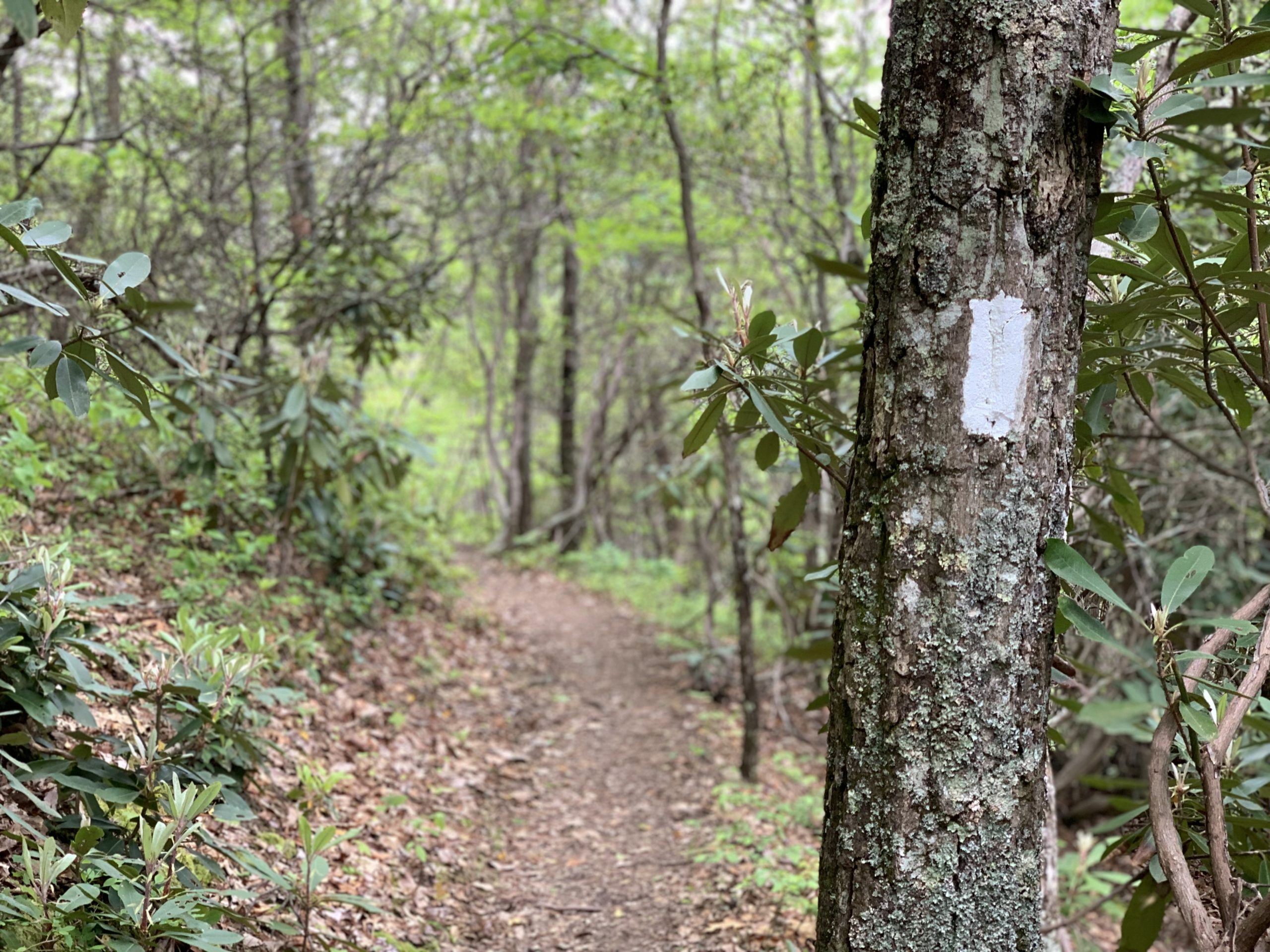 It’s hard to know exactly how much fuel is left in your canister. Many hikers prefer to hedge their bets and buy a new can when the old one starts feeling light rather than risk running out of gas between resupplies. And rather than schlep the weight of the old can along with the new, most people just leave the old one in the hiker box. These partials are still plenty useful: oftentimes, they still have two, three, or more boils left in them.

Some enterprising hikers rarely, if ever, buy new fuel. They just subsist on the partial canisters that are abundant in most hiker boxes.

2. Ziplock Bags (and Other Consumables) 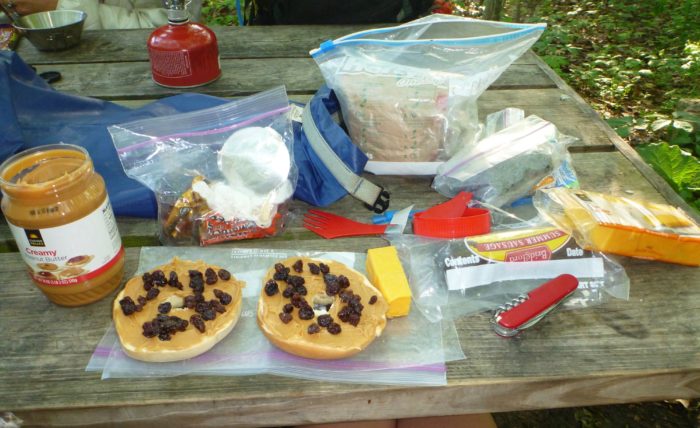 Ziplocks are incredibly useful for repackaging food and organizing small gear items. Still, no hiker wants to carry an entire box. Most people buy a box or two, take as many as they and their tramily members need, and leave the rest in a hiker box. Always check the box before buying consumables like ziplocks, tampons, duct tape, or toilet paper that are typically only sold in larger amounts than a single hiker needs. Chances are someone else already bitten the bullet and left the remains for others to enjoy. You can nearly always find a medley of baggies in assorted sizes floating around the bottom of the box.

READ NEXT – An Incomplete List of Hostels on the Appalachian Trail

No one wants to take full-size (or any size) shampoo and conditioner on the trail. However, a bottle scavenged out of a hiker box can be useful for use around town, particularly if you’re using a campground or rec center shower where toiletries aren’t provided. Use what you need and return it to the hiker box.

On a related note, you can sometimes find extra laundry detergent in the box so you don’t have to pay exorbitant rates for tiny detergents at the laundromat.

Most hiker boxes are brimming with a combination of bars, trail mixes, oatmeal (SO MUCH OATMEAL), mysterious dehydrated powders, and ramen noodles that look like they’ve seen better days. They’re the preferred dumping grounds for hikers receiving resupply boxes full of foods they’ve gotten sick of.

The bold among us might go for the mystery powders. However, if you prefer to stick to unopened, clearly identified foods, you’re still likely to find plenty of relatively unscathed bars and other foods to supplement your own resupply.

Pro tip: If you’re jettisoning unwanted food in the hiker box, it’s a wonderful courtesy to hunt down a Sharpie and label your mystery powders so people know what they’re dealing with.

I’m not sure why these items are so common in boxes from Georgia to Maine. You’d think most backpackers would figure out how many stakes they need for their setup well before the halfway point. Perhaps the stakes are brought to town by well-meaning hikers packing out trash they found at their campsite. In any case, if you find yourself in need of an extra stake or some string to tie off your shelter, check the hiker box before you head to the outfitter. Chances are you’ll be able to find something, though it may not be the most ultralight option available.

Most people don’t want the weight of a novel jouncing around their packs as they hike, especially in the 21st century when you can just read books on your phone, hence why you often find discarded books in hiker boxes. But at a certain point in the trail, you just get bored and desperate enough that the entertainment might be worth a few extra ounces. If nothing else, the hiker box can be a great source of zero day reading material while you’re in town.

Some hikers who love the feeling of a book in their hands will carry a book between towns, leave it in the hiker box when they finish it, and select another book from the box at random. 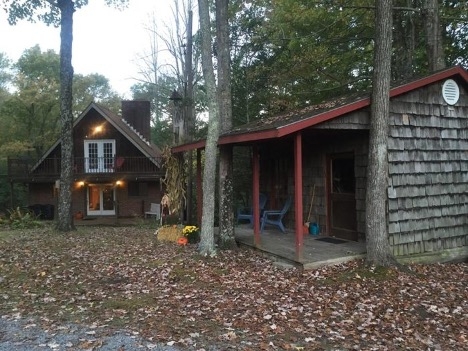 Hiker boxes are one of the most unique and wonderful aspects of thru-hiking culture. In some ways, they’re a form of anonymous trail magic that’s always being continuously paid forward. They keep gear out of the landfills, reducing waste and making it easier and less guilt-inducing to trim pack weight. And any hiker, no matter their budget, can participate in the circular, cash-free economy of the boxes. Even a minor contribution—a leftover bar, a few unwanted ziplocks—might be just what the person after you needs.