Antman in the Smokies

This is a guest post courtesy of AT Hiker Antman. Have your own story to submit? Send it here.

So there I was, wet behind the ears and full of piss and vinegar at the Fontana Hilton, about to enter the Smokies. It was the second week in March of 2017 and it felt like hell had indeed frozen over.

At the time I was still running on the initial excitement of being free and actually living the dream of thru-hiking that comes with the territory of new thru-hikers. They were calling for snow and most people were doing the typical fearmongering talk that tends to take place on trail and were hunkering down. I decided to press on, and off into the Smokies I went, not giving it too much thought.

Other than being super cold at night, the weather wasn’t too terrible all the way up to Mtount Collins Shelter. And then it got ugly. I woke up to about eight inches of the white stuff, and by time we reached Newfound Gap we were in blizzard conditions. When I got there, I quickly found that the bathroom was open.  As I waited for a few friends, I couldn’t see my hand in front of my face—all I could hear was yelling and horns honking. My buddies were with the park ranger in the snowplow, and off we went down the hill to Gatlinburg. At this point I realized the fearmongering I talked about at Fontana wasn’t that at all. We were indeed in the middle of a blizzard with forecasts for up to four feet of snow and temps below zero. 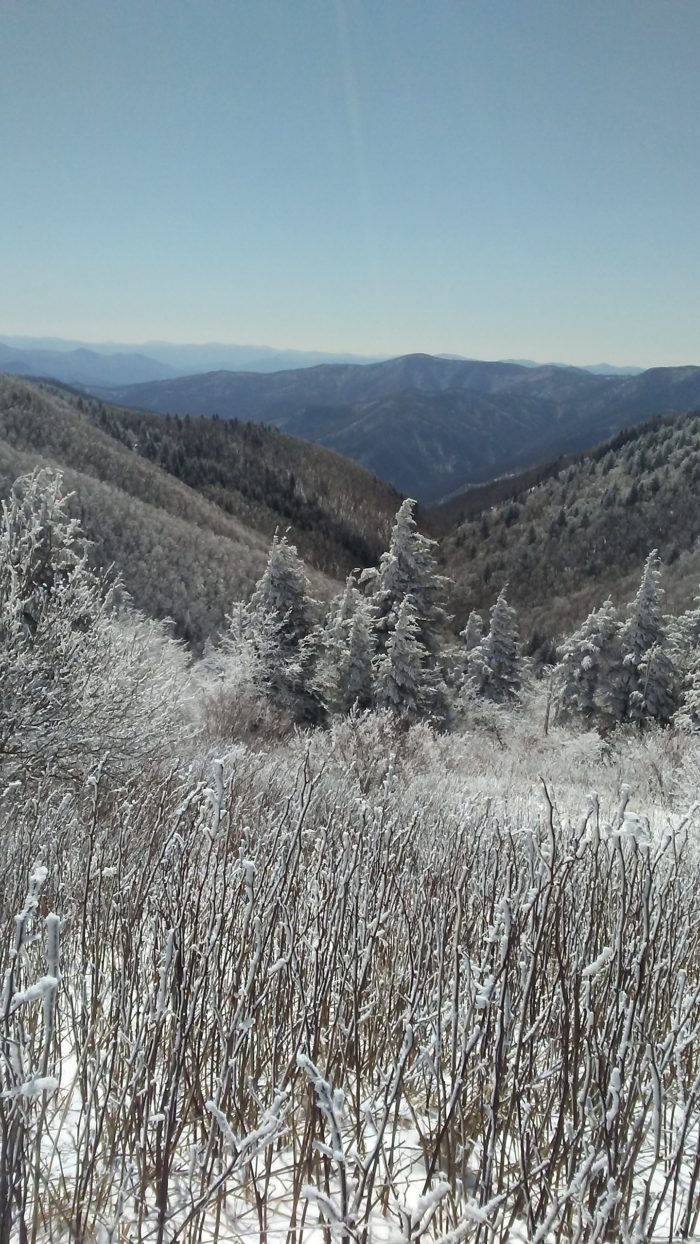 Two nights into this I found myself restless, not knowing if the road back up to Newfound Gap would open. Normally it would be an easy 15-mile hitch back to the trail, but with the blizzard we were stuck.

The park had closed the road to cars but didn’t say anything about walking. This is how I became a “trail legend” literally overnight. I couldn’t sleep, and after all I came out here to hike… not sit in a hotel room. So at 11 .pm. I  took off up the mountain on foot under a perfectly moonlit road navigated by the blue dot from Google Maps on my phone. I didn’t even need a headlamp.  The air was still and dead quiet and the stars were out. As the night wore on and the adrenaline wore off I started to tire. About that time I realized the road was full of switchbacks and if I could bushwhack a section or two I could save some time and miles.

There I went, alone, at 2 a.m. in the leftovers of a blizzard, and I’m bushwhacking up the side of a mountain with no map. After nearly falling off steep cliff or two it worked.  So now, it’s about 3 or 4 in the morning and I’m back in the heated bathroom at Newfound Gap parking area with the road closed until further notice. I hiker-trashed out and went to bed on the floor of the bathroom. I woke up about five hours later or so and it was business as usual. Coffee mixed with Carnation Instant Breakfast, oatmeal, and a good healthy poop before heading off. 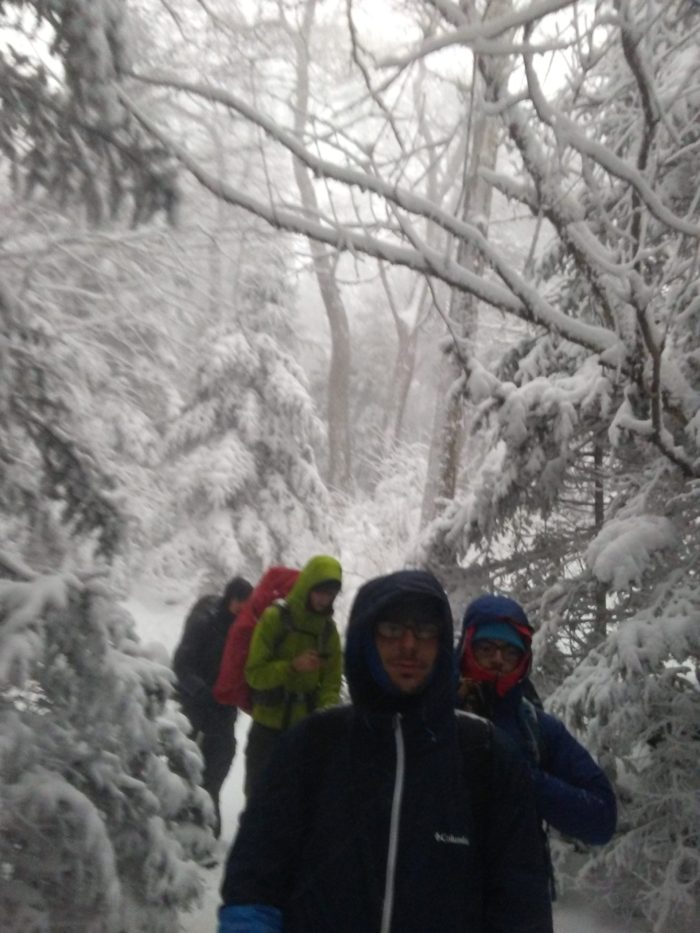 At this point, I’m on top of the world.  I’m alone in a incredible winter wonderland at 6,000 feet in the calm after the storm and I’ve got the Smokies to myself. Pictures can’t do it justice. I moseyed on soaking it in and stopped for a snack about three miles later at Icewater Spring Shelter. It wasn’t long when I heard what I didn’t want to believe to be true. It was the sound of my buddies Guac and Uncle Heather, whom I left in the hotel the night before.  They opened the road! We had a good laugh and then I cussed again as they said they were planning on Tricorner Knob Shelter for the night, close to 19 miles away postholing through three feet of snow.

Off we went again.  In total I put in nearly 35 miles that day, by time it was all said done. That stunt followed me up the trail all the way up into New York. “Oh , you’re Antman… we heard about you in the Smokies.”  And like the telephone game the versions got funnier and crazier the more time went on.

Have a story to submit? Send it over.